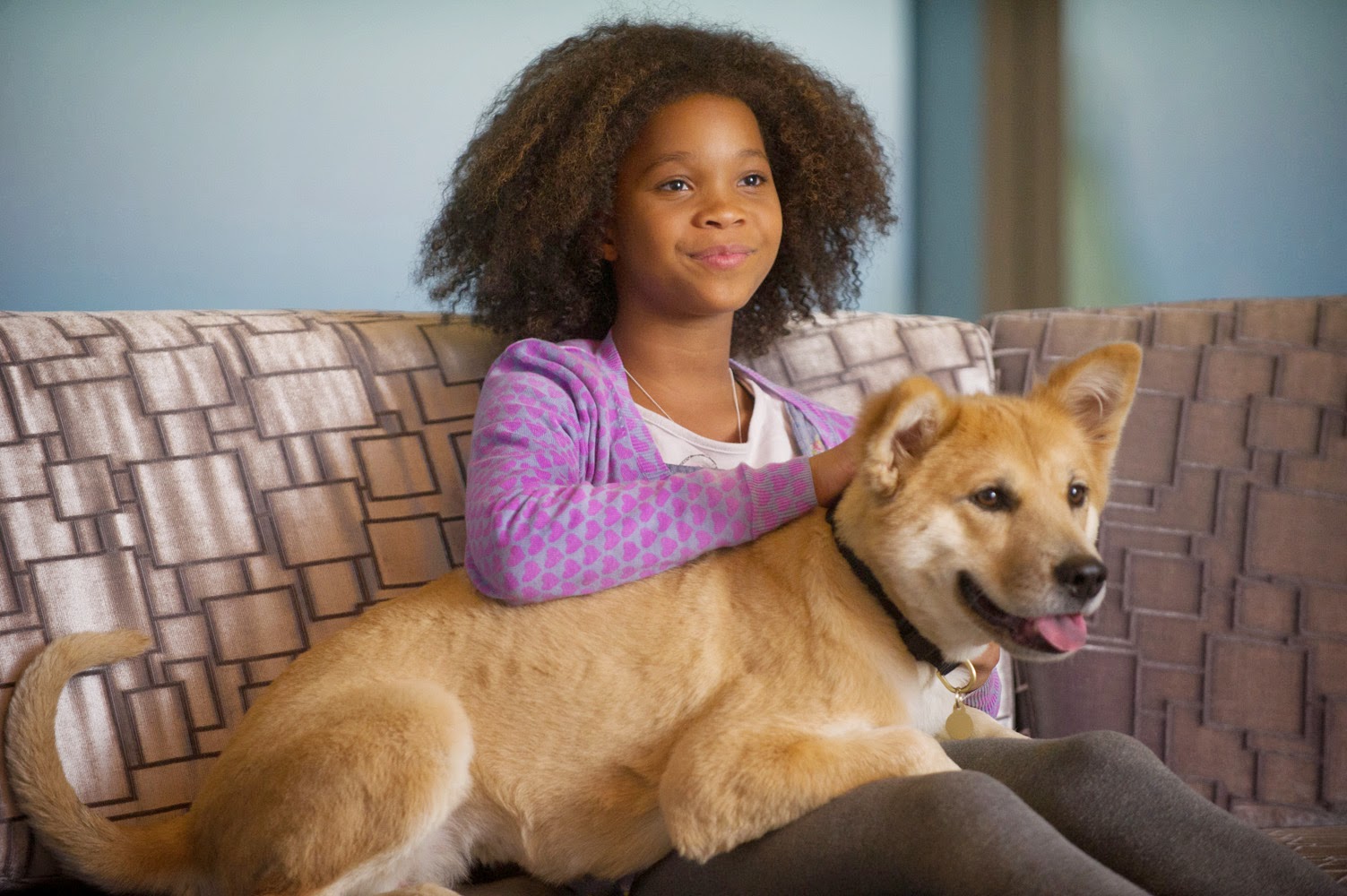 When families go to see Columbia Pictures’ new musical comedy “Annie,” they’ll get the chance to meet Sandy – the best friend a kid could ever ask for. She’s not just a pretty face – she’ll be there in thick and thin.

From the comic strip to Broadway to the movies, Annie’s constant companion throughout her adventures has been her big, shaggy dog Sandy. To cast such an important role, Will Gluck, the co-writer and director of the new motion picture, turned to William Berloni, the animal trainer who has found and trained all the dogs that have appeared as Sandy on Broadway.

“I was fortunate enough to be involved with ‘Annie’ from the very first production on Broadway, in 1977,” Berloni says. “I trained the original Sandy, and have trained all the Sandys for all the major productions ever since. So I’m really happy to finally be working on a major motion picture.”
“I think one of the things we love about Annie is that she loves everybody – even an orphaned dog she runs into on the street,” Berloni continues. Like the other Sandys that Berloni cast and trained for Broadway, this Sandy was to be true to character: she would be a rescue dog. 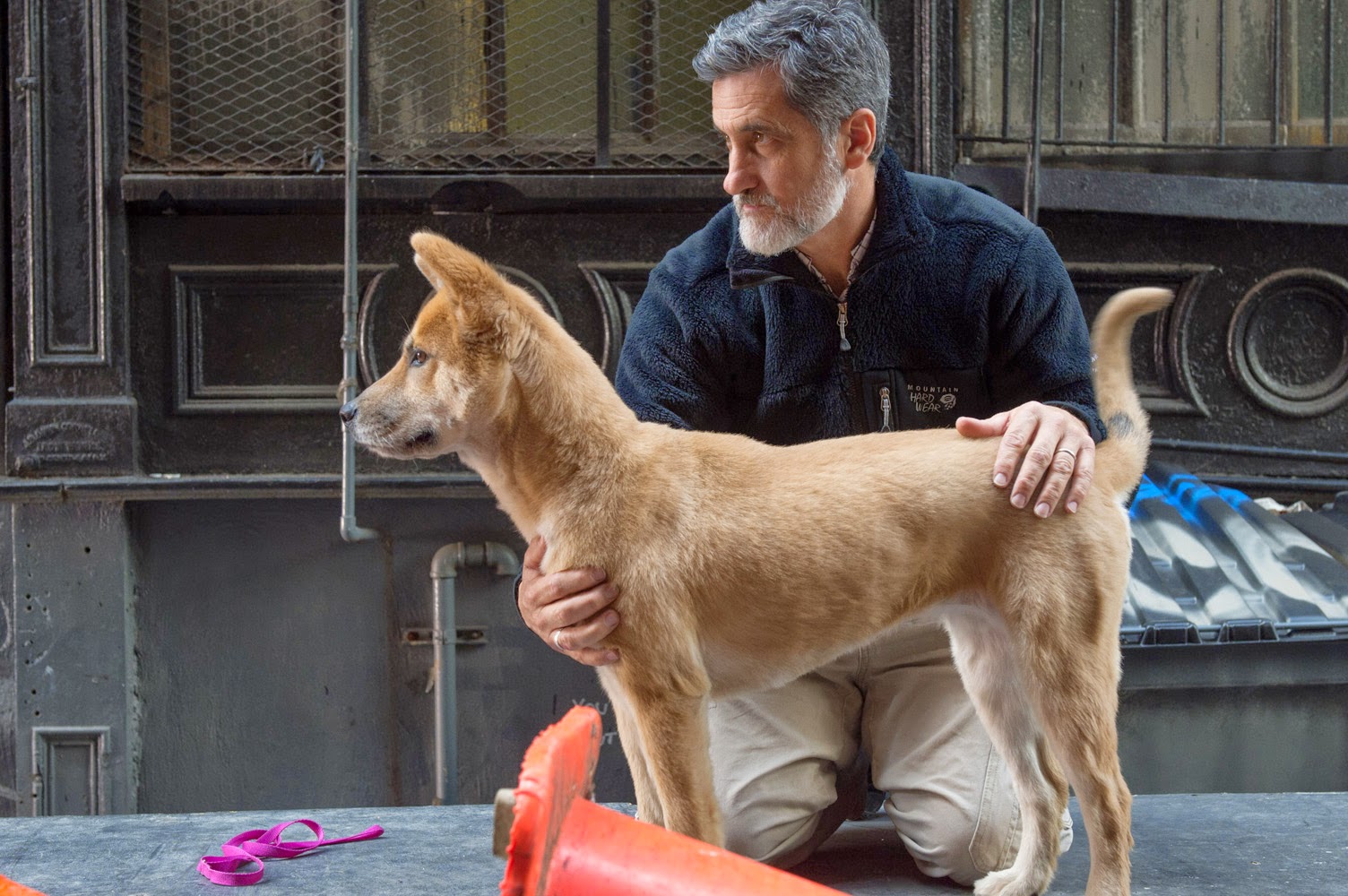 However, Berloni’s search for Annie’s Sandy in shelters throughout the New York area had an added challenge for the trainer: Gluck had asked Berloni to find a dog that didn’t look anything like the previous Sandys.

Berloni’s hunt for a new Sandy culminated in May, 2013, when he found Marti, a beautiful tan-colored mutt who had been in an Armonk, New York shelter. Most likely a golden retriever/chow mix, Marti was smaller than previous Sandys, with a smoother coat. It was both her unique look and her winning personality that got her cast in the role of Annie’s best friend. Naming the dog after Martin Charnin, who, Berloni says, gave the trainer his start in show business, Berloni would train Marti for three months to portray Sandy.

“She’s got very bright eyes,” describes Berloni. “She’s always smiling. She loves children, and is a wonderfully sweet dog, very smart.” Berloni trained Marti for about six weeks prior to filming, acclimatizing her to the sights and sounds of a film set, and taught her to perform on cue.
Marti may have been the most popular actor on set with the kids. “The relationship between Quvenzhané [Wallis] and Marti was almost instantaneous,” Berloni says. Wallis, who has dogs of her own, was inseparable from Marti for the three months they were together on the set.

“She’s very loveable and huggable and she’s just so cute,” the young actress gushes about her canine co-star. When the dog first came in for her audition with Wallis, the two immediately hit it off – even as the dog tried to eat Wallis’ book. “She tried to flip the page over with her tongue. It was very crazy!” 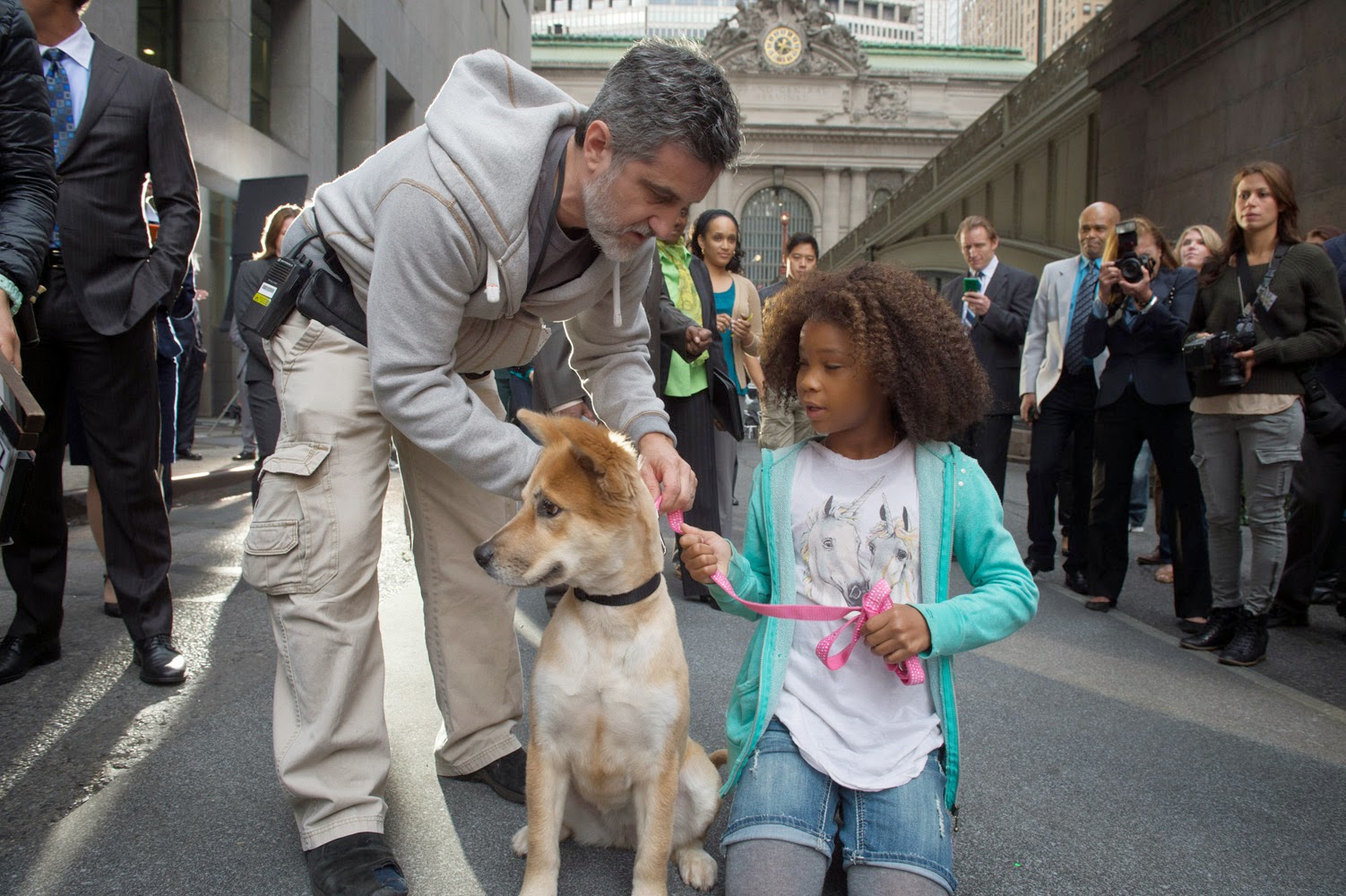 A Broadway classic that has delighted audiences for generations comes to the big screen with a new, contemporary vision in Columbia Pictures’ comedy Annie. Director/Producer/Screenwriter Will Gluck teams with producers James Lassiter, Jada Pinkett Smith & Will Smith, Caleeb Pinkett, and Shawn “JAY Z” Carter, Laurence “Jay” Brown, and Tyran “Ty Ty” Smith with a modern telling that captures the magic of the classic characters and original show that won seven Tony Awards.
Academy Award® nominee Quvenzhané Wallis (“Beasts of the Southern Wild”) stars as Annie, a young, happy foster kid who’s also tough enough to make her way on the streets of New York in 2014. Originally left by her parents as a baby with the promise that they’d be back for her someday, it’s been a hard knock life ever since with her mean foster mom Miss Hannigan (Cameron Diaz). But everything’s about to change when the hard-nosed tycoon and New York mayoral candidate Will Stacks (Jamie Foxx) – advised by his brilliant VP, Grace (Rose Byrne) and his shrewd and scheming campaign advisor, Guy (Bobby Cannavale) – makes a thinly-veiled campaign move and takes her in. Stacks believes he’s her guardian angel, but Annie’s self-assured nature and bright, sun-will-come-out-tomorrow outlook on life just might mean it’s the other way around.

Young Adult Novel “Everything, Everything” Now a Romantic Film