Daisy Ridley, John Boyega and Oscar Isaac are relatively new stars, but they’re about to be catapulted to global prominence with the release of Lucasfilm’s “Star Wars: The Force Awakens” – hands-down, the most anticipated movie in recent memory.

Portraying the heroes of the new saga, namely Rey (Ridley), Finn (Boyega) and Poe Dameron (Isaac), the three share their reaction on the day they found out they will be in “Star Wars: The Force Awakens.”

Daisy Ridley: My last audition was really amazing. A few days later, I knew I’d hear from J.J. Abrams, and my phone was broken. I didn’t get the call. I didn’t know what was going on. I finally got through to him and he told me I’d be starring in “Star Wars.” I was outside a theater where my friend was in a show, of which I missed the first half while all this was going on. I remember kicking a bottle on the ground like everything had changed. But it was all the same. And then I had to watch the rest of the show. My phone died. I couldn’t call anyone. I sat on the tube going home thinking, oh my God. Not able to tell anyone for an hour. Then, finally, I could tell my mom and sister. But, it didn’t really kick in for months.

John Boyega: Prior to getting the part, I had been at a premiere at another film I had done, and my mind was definitely more fixated on whether I’d receive the part or not. I remember being on the red carpet and it had leaked that I was up for the “Star Wars” part. So, there were various media outlets asking if I was up for “Star Wars.” I was like, “I haven’t heard anything, but if J.J. Abrams wants me to be in ‘Star Wars’ that would be amazing.” The next day, I get an e-mail from J.J. asking where I was. I told him I was at home and he asked if I could get to a little cafe in Mayfair. I hopped in a cab, drove down, and saw J.J. in the cafe by himself, drinking a cup of tea. We had a brief conversation and he asked me whether I was ready, if this role could possibly happen. He asked me if would be interested in working out and training, both as an actor and physically. He asked me if I realized how big the responsibility would be. I was like, “Yeah, I’ll be fine. I’ll do anything.” Then he told me I was the new star in “Star Wars.” Everything stopped. I noticed everything. I noticed how many sugar cubes were in this little cup on the table. All the time it was going through my head: “He just said I’m the new star in ‘Star Wars.’” I was willing myself to breathe. Then J.J. raised a cup of water and said, “Congratulations.”

I was ecstatic. It was probably the happiest day of my life. I walked all around London just in dream land. This felt different. I’ve received calls for roles that I fought for before, but this not only felt like a triumph for me as an actor, but a day that felt like a day that I was a part of history and that just made me really, really happy. 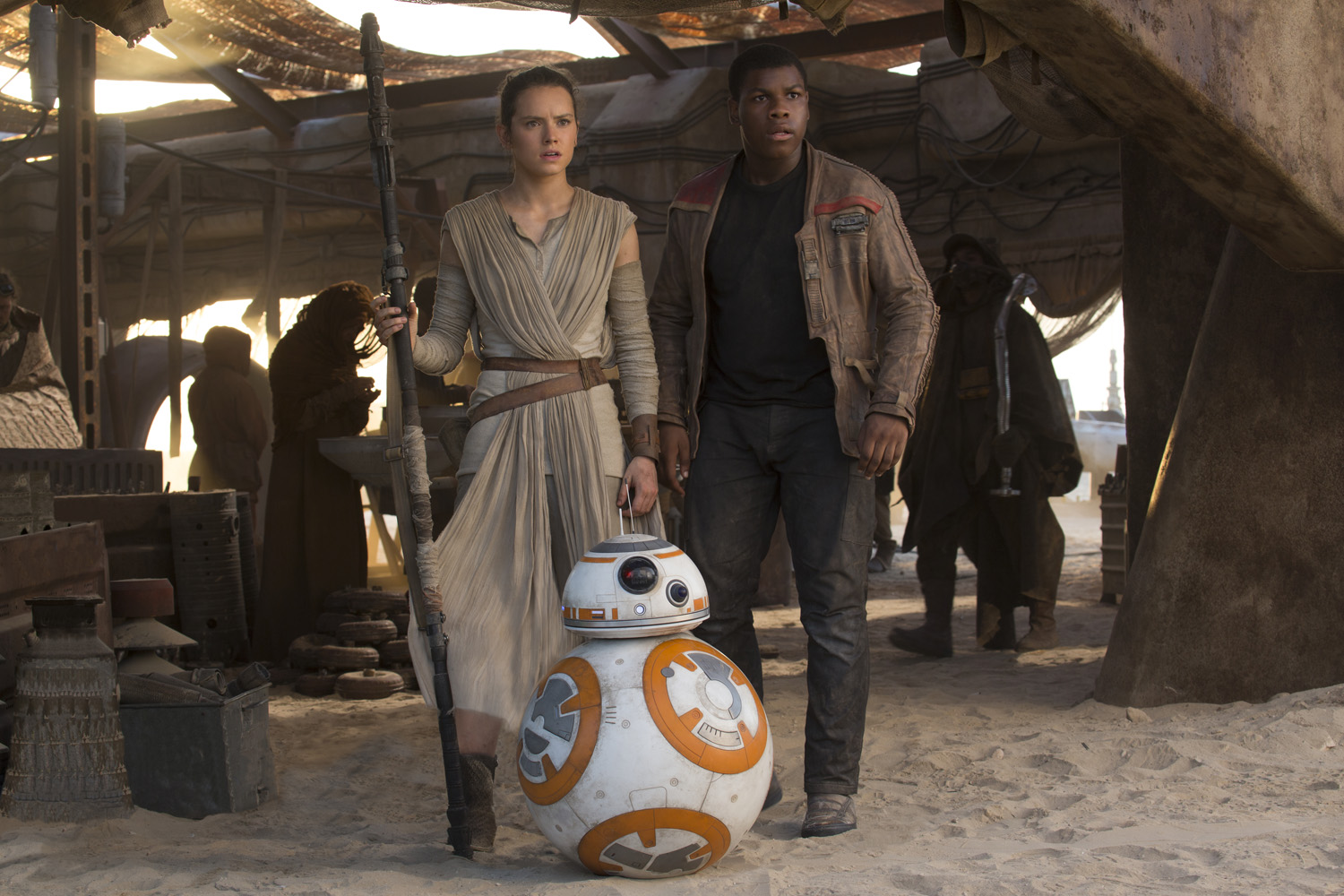 Oscar Isaac: I got a call to come meet J.J. Abrams in Paris and I showed up without any information as to exactly what it was. I had a vague feeling that it was about “Star Wars” but even that was a bit under wraps. So I came to Paris and sat with him and Kathy Kennedy and Larry Kasdan and they just told me about the film and the role that they were interested in me playing. I just tried to stay cool and stay calm and listen and take it in. But really just utter excitement and a bit of disbelief that this was actually happening.

Pixar’s “Inside Out” Reveals the Little Voices Inside Your Head