Model-turned-actress Sarah Dumont proves she’s more than well-equipped to be the leading lady as she plays a smokin’ hot but kick-ass cocktail waitress in Universal Pictures’ R-16 Without Cuts horror-comedy “Scouts Guide to the Zombie Apocalypse.”

In the film, three scouts and lifelong friends (Tye Sheridan, Logan Miller, Joseph Morgan) join forces with one badass cocktail waitress (Dumont) to become the world’s most unlikely team of heroes. When their peaceful town is ravaged by a zombie invasion, they’ll fight for the badge of a lifetime and put their scouting skills to the test to save mankind from the undead. 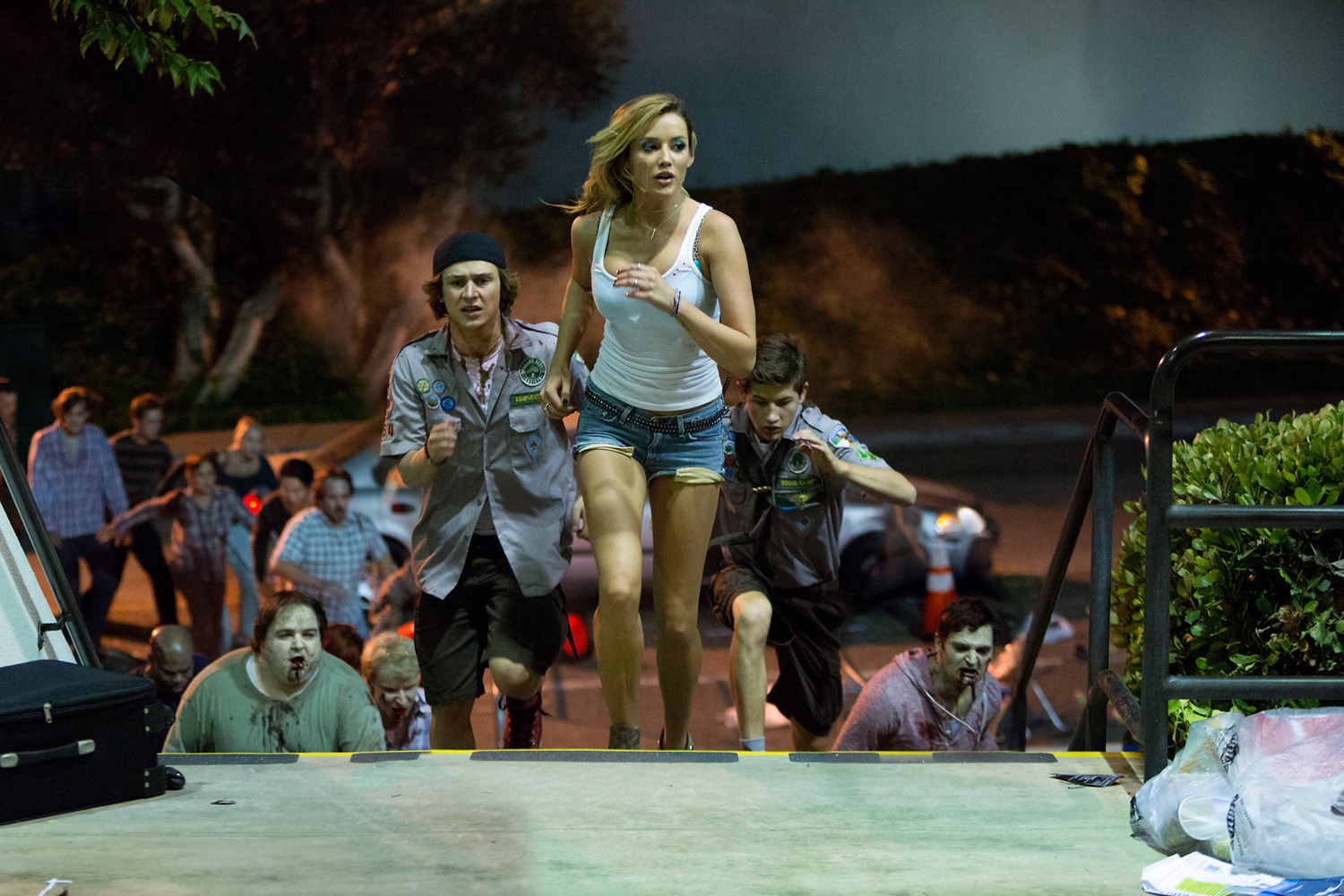 Director Christopher Landon says, “Casting, for me, is always a gut process. It’s like falling in love – you just know it when you meet the person. Cocktail waitress Denise was the trickiest role for me to cast. This was an original character that I created because I wanted to see a strong female in the movie. I was basically looking for a cool dude in a hot girl’s body. Sarah Dumont is that person. She’s grotesquely beautiful but she has the mouth of a trucker and the swagger of a rock star. The first time I saw her holding one of our prop shot guns I just nodded my head. The whole bad-ass vibe fits her like a glove.”

“`Scouts’ was definitely one thing I loved doing,” shares Dumont. “I love action, and doing all those stunts. I’m a tomboy so watching s–t explode was always awesome for me. Being on a set with comedy is the best too because you’re always laughing and cracking jokes and it’s just always good vibes.”

Sarah portrays Denise, a high school dropout who works as a cocktail waitress at a strip club. She’s a ‘no questions’ kinda gal, with a penchant for leading the charge and enjoying the thrill of a little zombie ‘killin. “It’s really nice when I first read the script to see the female character as strong and independent and not the damsel in distress.” 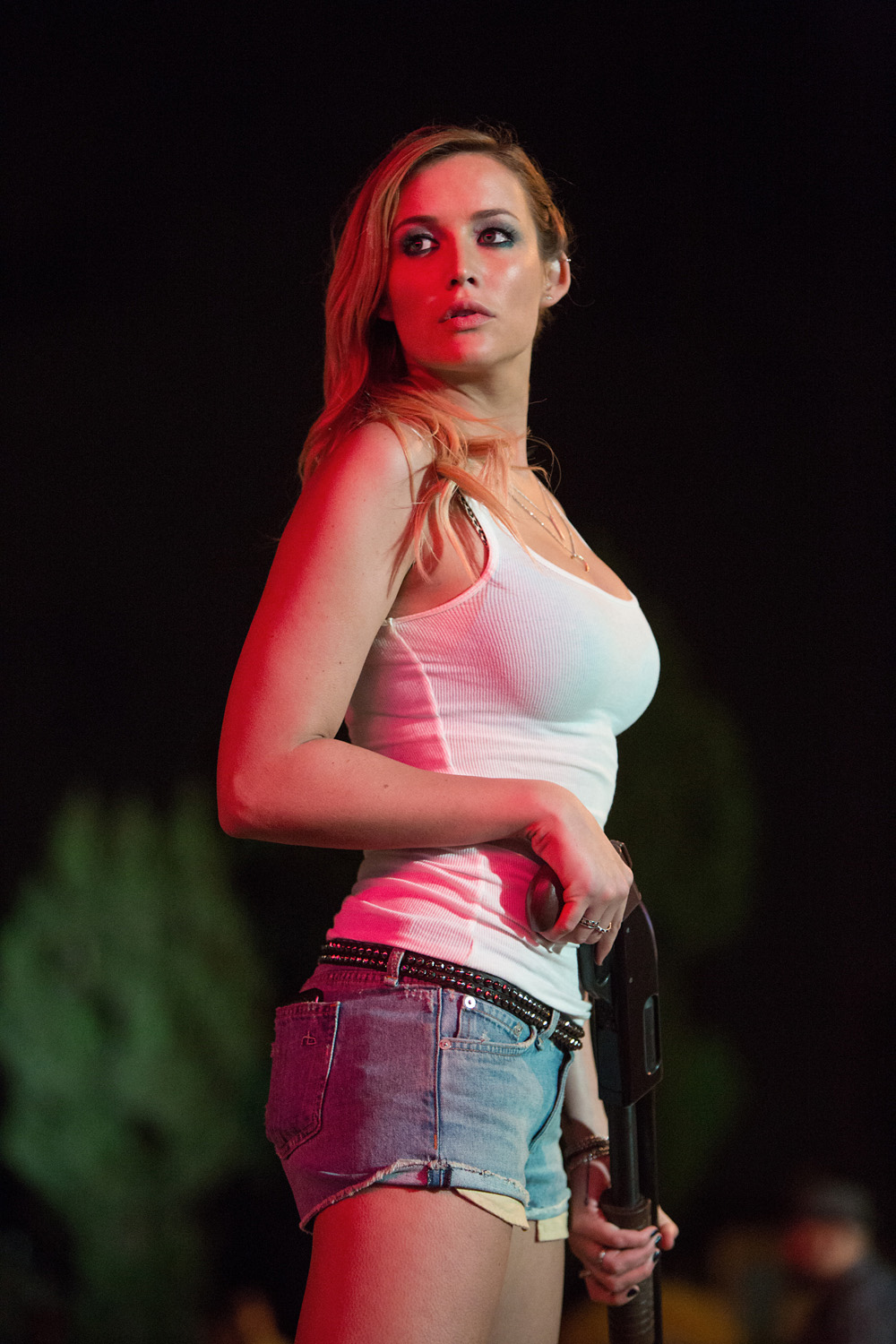 Sarah Dumont is an actress and model that got her acting start in the pilot for “Melrose Place” in 2009. After moving out to Los Angeles in January of 2012 she immediately booked a spot on “CSI.”
She has also be seen alongside Joseph Gordon Levitt in his directorial debut “Don Jon,” as well as the lead in the independent feature “Acid Girls” opposite Clara Paget (“Black Sails”) and directed by Taylor Cohen. She will also be in the short film “Tblisi, My City” opposite Ron Perlman.
Sarah will next be seen the Warner Bros. feature film, “Rise” opposite Anton Yelchin (“Star Trek”).
As a model, Sarah has also worked with many leading global brands such as Giorgio Armani, True Religion, Express, Guess and many others.

Opening across the Philippines on Nov. 11, “Scouts Guide to the Zombie Apocalypse” is distributed by United International Pictures through Columbia Pictures.

Bestselling Inspirational Book On Faith “The Shack” Now A Movie