The film, which brings Rocky Balboa face-to-face with the son of his one-time rival and best friend, Apollo Creed, was shot in and around the City of Brotherly Love. The museum steps, and the statue of Rocky that stands at the bottom of them, can, in fact, be seen in “Creed.” 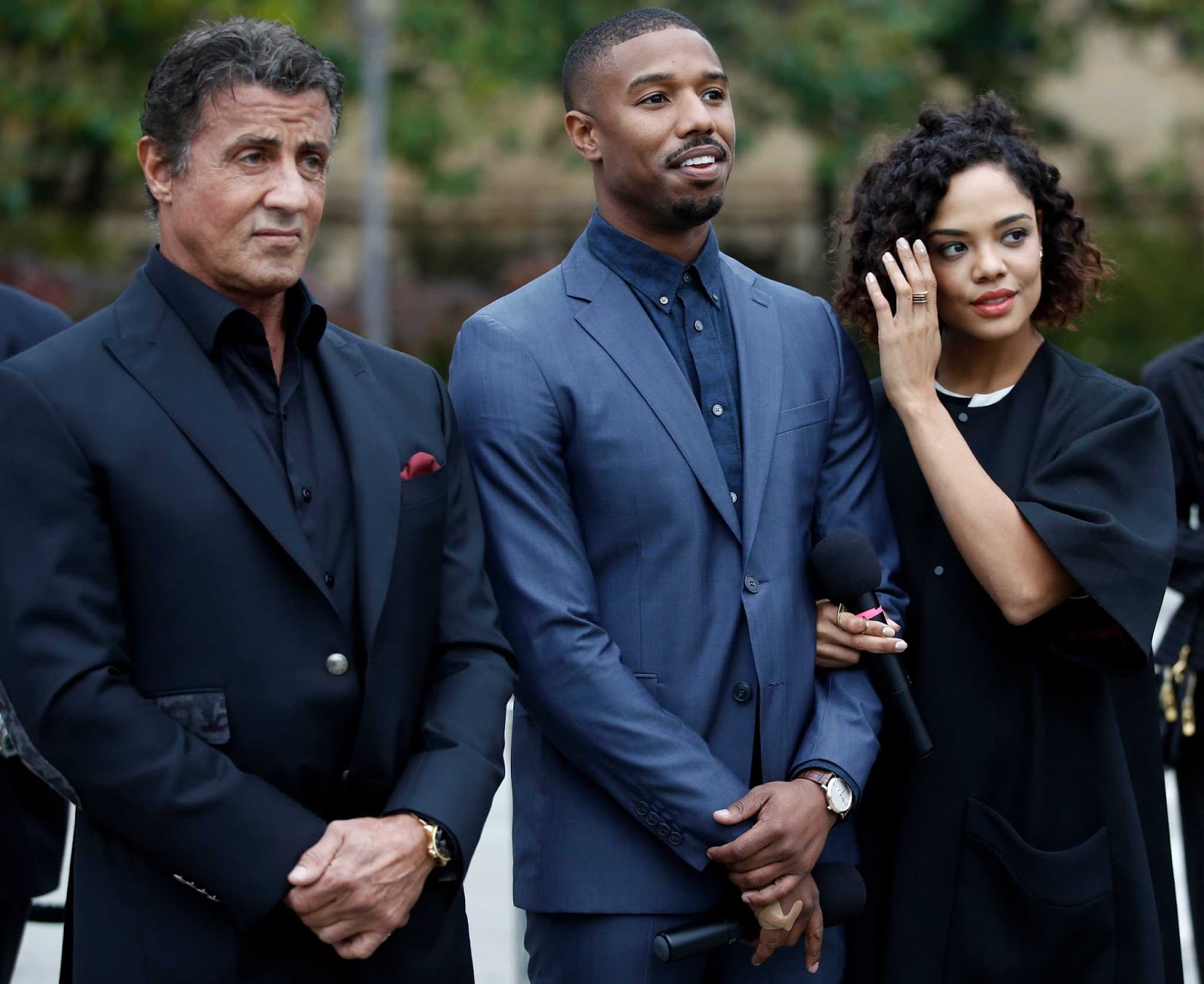 Mayor Nutter also gifted the team from “Creed” with individually inscribed miniature Liberty Bells to mark the occasion; they, in turn, presented the mayor with a framed rendering of the mural, created as a special tribute to the city, that was installed this morning at the Front Street Gym in North Philly, a location that features prominently in the new film.

Following the presentations, former football star Vince Papale—who, much like Rocky, went from underdog to hometown hero to sports superstar when he became a walk-on Philadelphia Eagle—opened the floor for questions from the press in attendance.

Adonis Johnson (Jordan) never knew his famous father, world heavyweight champion Apollo Creed, who died before he was born. Still, there’s no denying that boxing is in his blood, so Adonis heads to Philadelphia, the site of Apollo Creed’s legendary match with a tough upstart named Rocky Balboa.
Once in the City of Brotherly Love, Adonis tracks Rocky (Stallone) down and asks him to be his trainer. Despite his insistence that he is out of the fight game for good, Rocky sees in Adonis the strength and determination he had known in Apollo—the fierce rival who became his closest friend. Agreeing to take him on, Rocky trains the young fighter, even as the former champ is battling an opponent more deadly than any he faced in the ring. 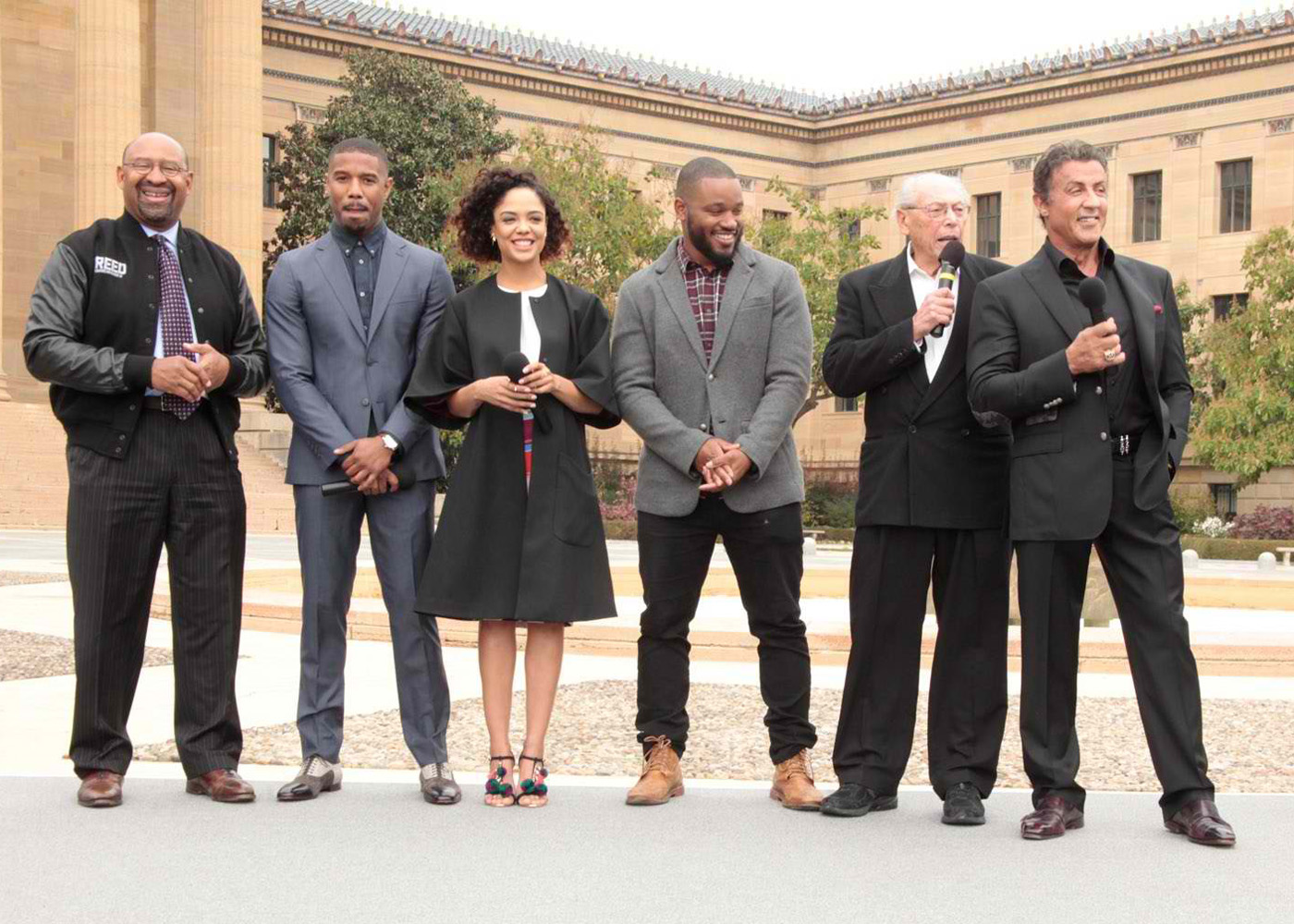 With Rocky in his corner, it isn’t long before Adonis gets his own shot at the title…but can he develop not only the drive but also the heart of a true fighter, in time to get into the ring?
“Creed” also stars Tessa Thompson (“Selma,” “Dear White People”); Phylicia Rashad (Lifetime’s “Steel Magnolias”); and English pro boxer and former three-time ABA Heavyweight Champion Anthony Bellew.

Ryan Coogler directed from a screenplay he wrote with Aaron Covington, based on a story by Coogler. The film is being produced by Irwin Winkler, Robert Chartoff, Charles Winkler, William Chartoff, David Winkler, Kevin King-Templeton and Sylvester Stallone, with Nicolas Stern executive producing.