Bean says, “Stinger and Caine have a rich, long history. Both brave, strong guys, they fought together and developed a mutual respect. Stinger was a mentor and father figure to Caine, and saw him as something of a son, a younger man who reminded him of what he once was—not only in his strength but in his headstrong nature—and the best soldier he ever went into battle with. They had a good relationship.”

That relationship was tested when Caine attacked a royal and Stinger stood up for him. Consequently, the two elite skyjackers were court-martialed. Caine was locked up, while Stinger’s allegiance earned him a prison of another kind. Demoted to Marshal for the Aegis, an intergalactic police force, he lives in exile on Earth, manning a remote outpost on a Midwestern farm in America, surrounded by corn fields and colonies of bees.

Cerebral and methodical, Stinger’s human genes are crossed with that of a highly evolved bee species, affording Stinger, among other things, the insects’ finely tuned awareness of atmospheric change. 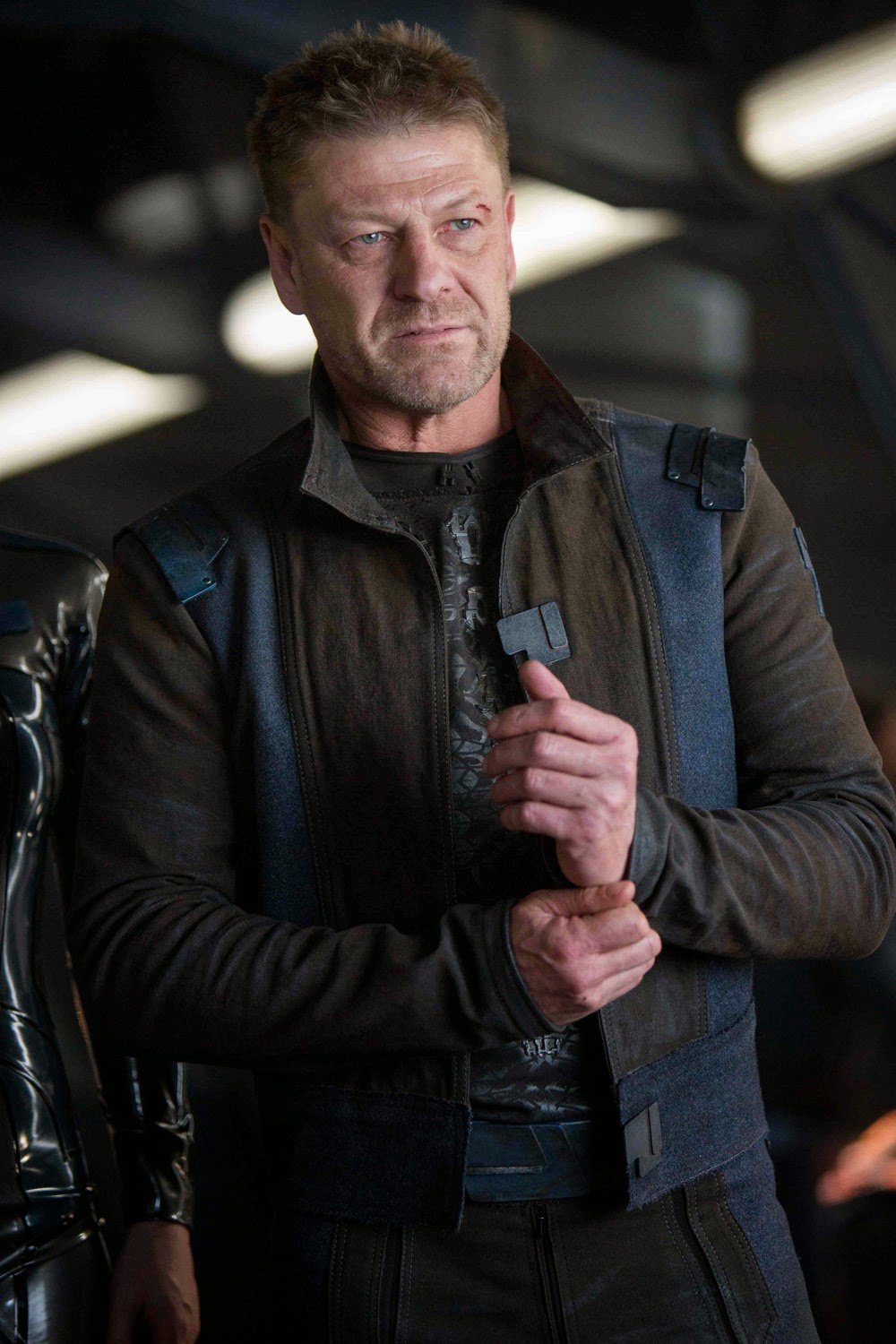 “This is the life he’s been forced into but he seems to be making the best of it,” says Bean. “He doesn’t expect things to change until Caine turns up and creates all sorts of problems and interesting possibilities again.”

Any reunion between these two would have to be volatile, as bad memories will inevitably be raked up, but even more so now that Caine must come to Stinger for help. He can’t predict how his old comrade will feel about seeing him again, or where his loyalties may lie, but it’s a chance he has to take because he and Jupiter (Mila Kunis) have nowhere else to turn. The Aegis, finally aware of Jupiter’s existence, have sent a cruiser and official envoy for her, but Balem Abrasax (Eddie Redmayne) has already ordered a transportation blockade and, simultaneously, launched a squadron of assassins who will surely reach her first.

As Stinger predicts, they’re not going to get off this planet without a fight.

In “Jupiter Ascending,” Jupiter Jones was born under a night sky, with signs predicting that she was destined for great things. Now grown, Jupiter dreams of the stars but wakes up to the cold reality of a job cleaning other people’s houses and an endless run of bad breaks. Only when Caine, a genetically engineered ex-military hunter, arrives on Earth to track her down does Jupiter begin to glimpse the fate that has been waiting for her all along—her genetic signature marks her as next in line for an extraordinary inheritance that could alter the balance of the cosmos.

Opening across the Philippines on Feb. 05 in IMAX 3D and 2D cinemas, “Jupiter Ascending” is distributed by Warner Bros. Pictures, a Warner Bros. Entertainment Company.