Beijing, China, Nov. 10, 2015 – In addition to breaking box office records across the globe, SPECTRE, the 24th James Bond adventure, has been awarded a Guinness World Records™ title for the Largest Film Stunt Explosion, it was announced today at a press conference in Beijing, China. SPECTRE, from Albert R. Broccoli’s EON Productions, Metro-Goldwyn-Mayer Studios, and Sony Pictures Entertainment, opens in China this week.

Producer Barbara Broccoli and stars Daniel Craig and Léa Seydoux – who appear in the scene – accepted the record certificate on behalf of the official title holder, Academy Award® winner Chris Corbould, who served as Special Effects and Miniature Effects Supervisor on SPECTRE.
The incredible explosion was filmed for a pivotal scene in the film and took place on June 29, 2015 in Erfoud, Morocco and used 8418 litres of fuel and 33kg of explosives.

Commenting on the announcement, Michael G. Wilson and Barbara Broccoli, the producers of SPECTRE, said, “It is absolutely tremendous that the Guinness World Records have recognised Chris Corbould’s incredible work in Spectre in which he created the largest explosion ever in film history.”
Guinness World Records Editor-in-Chief Craig Glenday added: “The James Bond movies are synonymous with pushing cinematic boundaries. The latest film, Spectre, has again captured the imagination of global cinemagoers, and this will certainly be due in part to the phenomenal stunts. The scene featuring the world’s largest film stunt explosion is spectacular and will live long in the memory as one of the outstanding moments in the Bond franchise.” The Largest Film Stunt Explosion is an early front runner for inclusion in Guinness World Records 2017, out next year. The 2016 edition is currently on sale. 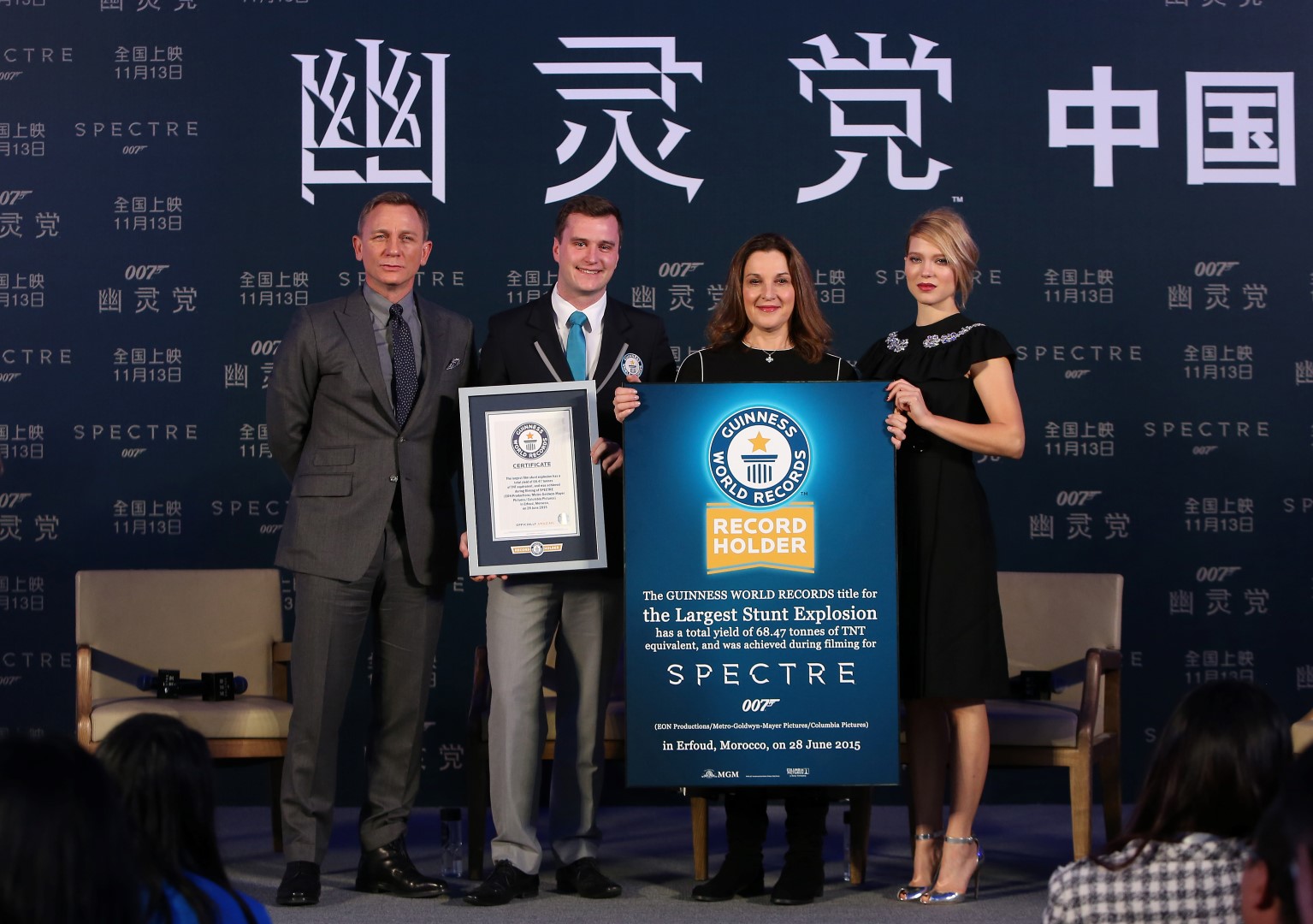 Josh Gad, From “Frozen” to “The Wedding Ringer”