Paramount Pictures has just released the teaser poster of “Zoolander 2,” the sequel to the 2001 hit comedy “Zoolander” starring Ben Stiller and Owen Wilson, who are both reprising their original roles.

“Look Time No Z” announces the one-sheet art, in which male models Derek (Stiller) and Hansel (Wilson) outdo each other in taking selfies. 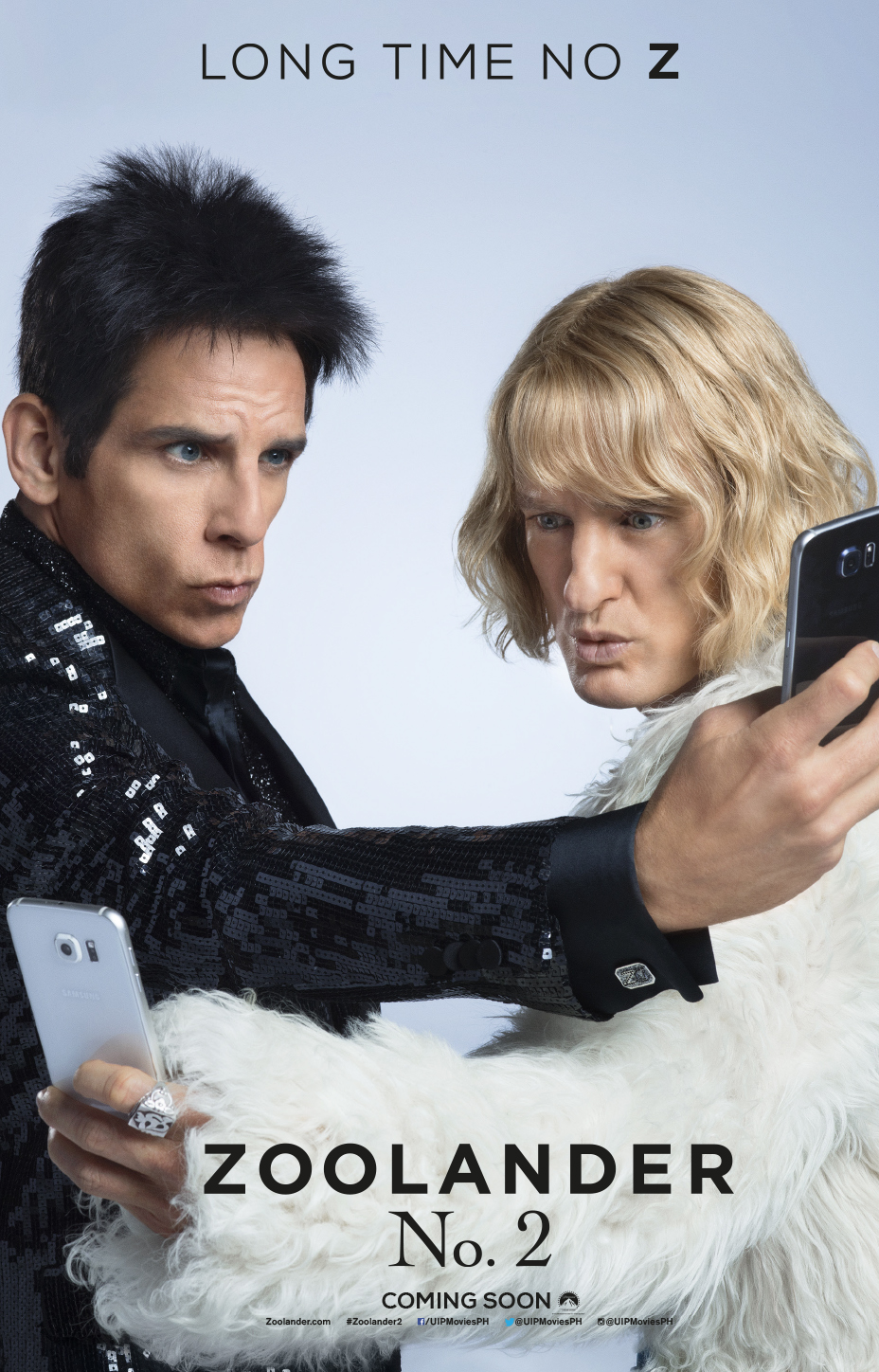 “Zoolander 2 opens across the Philippines in February 2016 and will be distributed by United International Pictures through Columbia Pictures.