Peter Dinklage (HBO’s “Game of Thrones,” “X-Men: Days of Future Past”) and Josh Gad (“Frozen”) star as two of four unlikely heroes who are called upon to save the world, in Columbia Pictures’ new action comedy “Pixels.”

In the film which also stars Adam Sandler, aliens attack the Earth, using 1980s videogames as the model for their attacks. As US President Cooper (Kevin James) calls on Sam Brenner (Sandler) to put together an expert team of Arcaders to help fight the aliens, Brenner tracks down the now-grown men who were the champions as kids.

Josh Gad joins the cast as Ludlow Lamonsoff, the youngest member of the Arcaders. “He’s a little younger than the other guys – he was kind of the Wonder Kid,” says Gad.

Once the child prodigy amongst the gamers, he’s now a conspiracy theorist who never quite got over his childhood crush on Lady Lisa, the cartoonish lead character in Dojo Quest, his favorite game from back in the day. 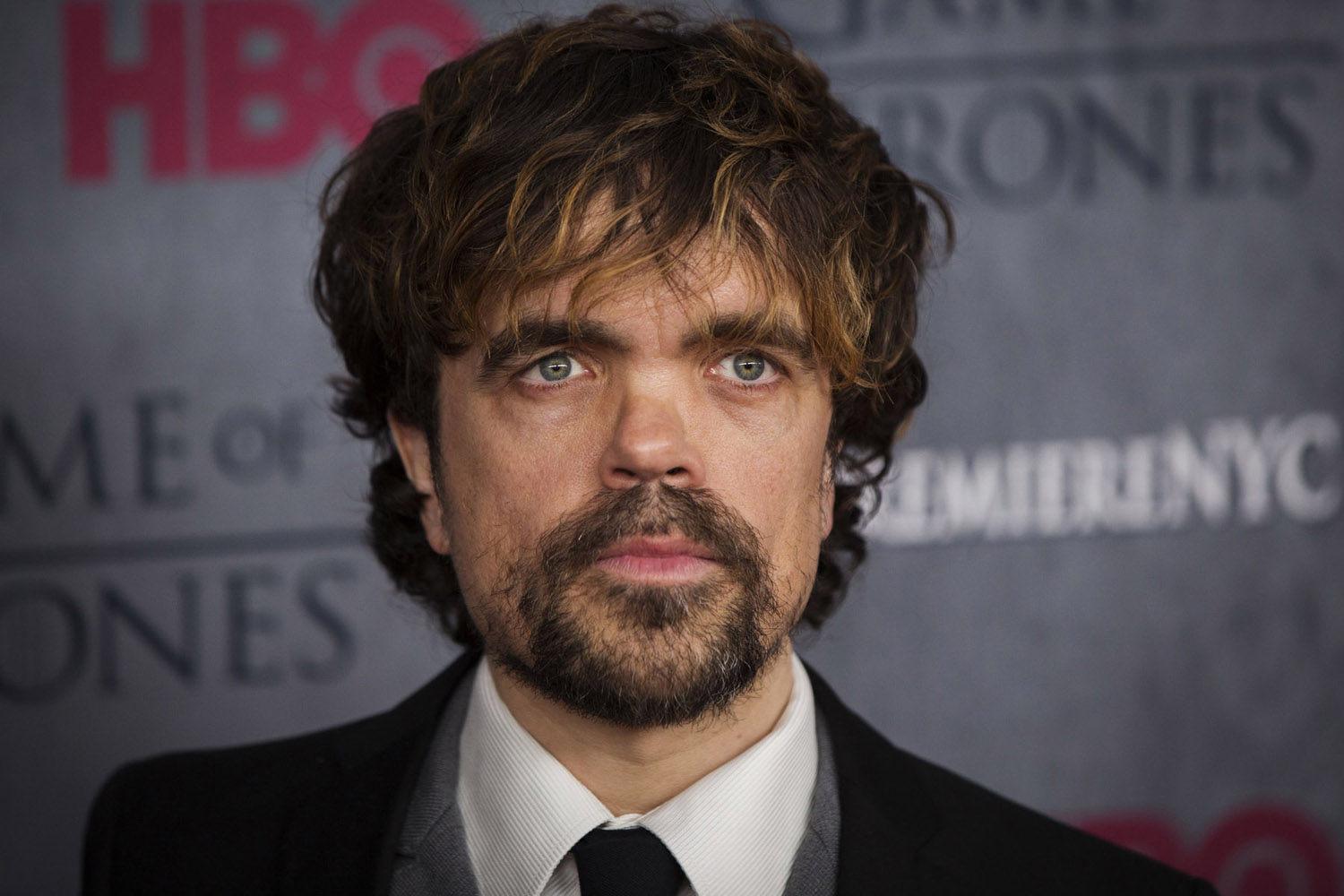 “Tim Herlihy and Timothy Dowling wrote a character that was really eccentric – and I’m no stranger to eccentric characters,” says the voice of Olaf the snowman in “Frozen.” “This was a chance to sink my teeth into a guy who’s strangely off. But there’s also something wonderfully vulnerable about him. He’s chasing the love of his life, which is a videogame character – it makes him sound insane, but he believes in a world where he can co-exist with Lady Lisa and run away with her.”

Gad was excited to join the project not only because of the chance to work with director Chris Columbus and Sandler, but also because of the chance to play out the iconic games from his childhood on an epic scale. “I was born in ’81, right at the height of arcade fever,” he says. “I had two older brothers, so I remember going to the local arcade in South Florida – it was called Grand Prix – and we would just play nonstop on a Saturday or Sunday. To get the chance to chase these creatures that I remember playing against as a kid was like being a child all over again.”

In real life, Gad’s own favorite game wasn’t Dojo Quest. “I was always addicted to Galaga,” Gad continues. “It was one of those games that I was never quite great at, but for some reason, I loved it.”
Peter Dinklage stars as Eddie Plant, a/k/a The Fire Blaster. Though he has risen to fame with his dramatic role in “Game of Thrones,” Dinklage is equally adept at comedy.

“Eddie was the other guys’ childhood nemesis,” says Dinklage. “He has quite a large ego, in terms of his championships, and he loves to remind everyone else how good he is. That’s the way he’s portrayed as a child – and when we jump to the present day, his attitude hasn’t changed all that much.” 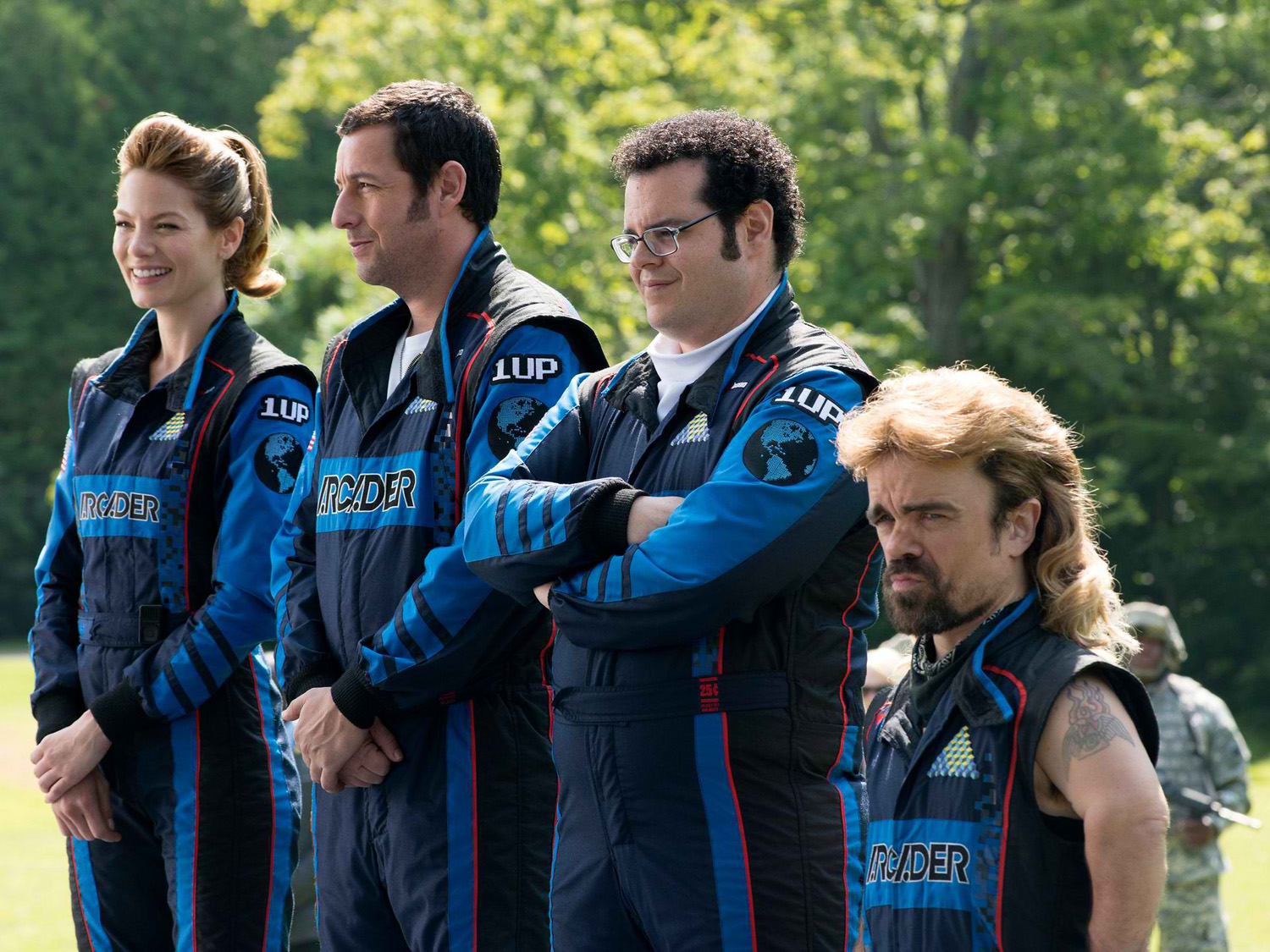 Eddie Plant has a distinctive look in the movie, with his mullet and the arms ripped off of his uniform. “He’s definitely mentally and visually stuck in a certain time,” he says. “I’ve seen guys like that – they don’t realize that certain looks have gone out of style, but God bless ’em, they’re happy. Eddie has a giant mullet, he’s got tattoos – not the beautiful tattoos that are hip these days – and he has a habit of taking the sleeves off of everything he wears. I guess he’s insecure about the back of his neck, but not about his guns.”

Like his co-stars, Dinklage would habit the arcades of his childhood back in the day. “I feel sorry for the kids nowadays, playing on the consoles, because going to the arcade was so social,” he says. “You go to the arcade, hang out with your friends, check out the girls – or the one girl who might have been there that day. They played music. It was like being at the rollerskating rink, and it was so much more fun.”

Three Stangers Discover A Common Past In “In Kahit Ayaw Mo...