The family adventure comedy is based on the international best-selling book series Goosebumps by R.L. Stine who Black plays in the film. Watch the trailer below.

Upset about moving from a big city to a small town, teenager Zach Cooper (Dylan Minnette) finds a silver lining when he meets the beautiful girl, Hannah (Odeya Rush), living right next door, and makes a quick friend in Champ (Ryan Lee). But every silver lining has a cloud, and Zach’s comes when he learns that Hannah’s mysterious dad is in fact R.L. Stine (Jack Black), the author of the bestselling Goosebumps series.

As Zach starts learning about the strange family next door, he soon discovers that Stine holds a dangerous secret: the creatures that his stories made famous are real, and Stine protects his readers by keeping them locked up in their books. When Stine’s creations are unintentionally released from their manuscripts, Zach’s life takes a turn for the weird. 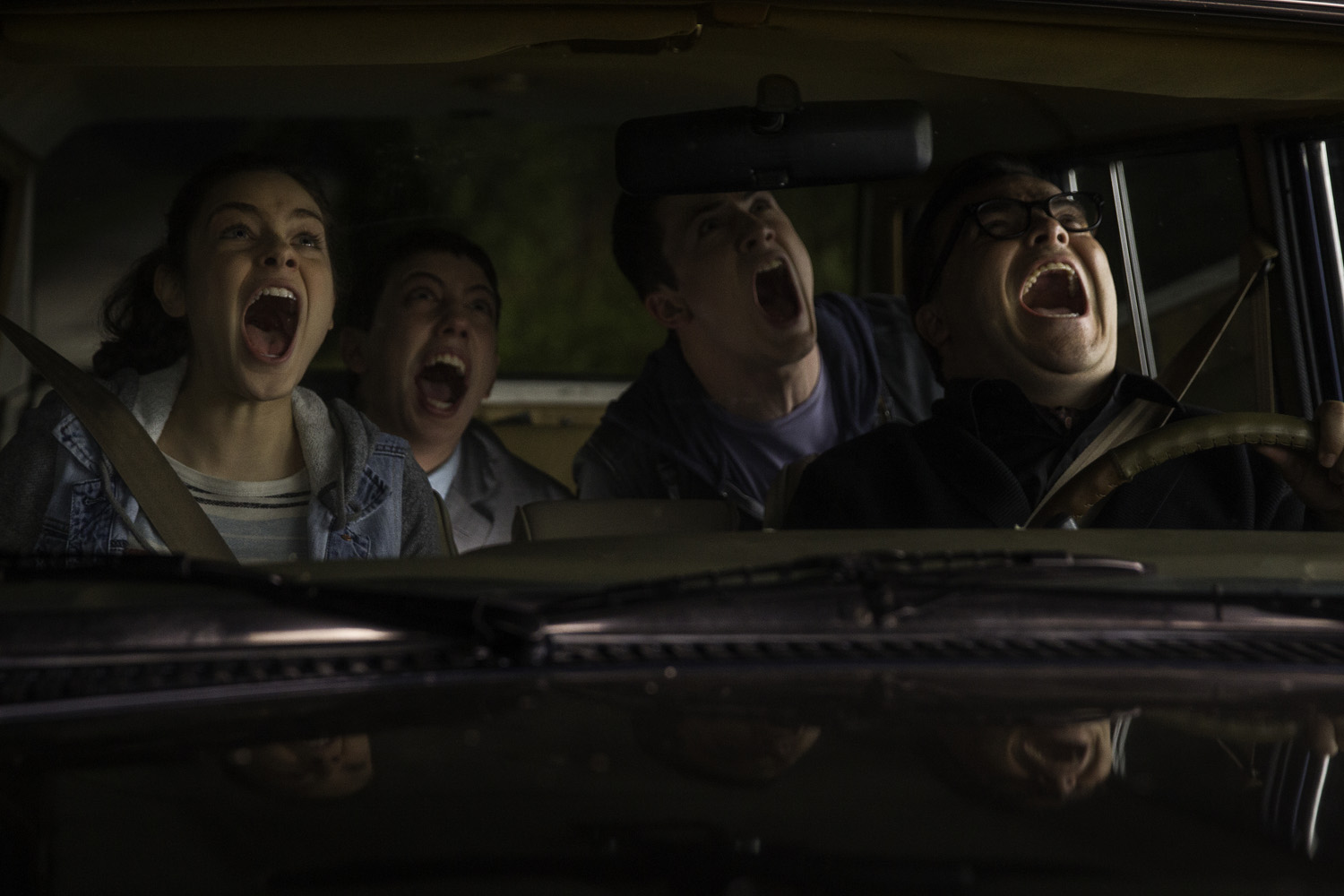 In a crazy night of adventure, it’s up to Zach, Hannah, Champ, and Stine to team up and get all of these figments of Stine’s imagination – including Slappy the Dummy, the girl with the haunted mask, the gnomes and many more – back in the books where they belong to save the town.

Directed by Rob Letterman, the “Goosebumps” screenplay is by Darren Lemke and Mike White from a story by Scott Alexander & Larry Karaszewski and Lemke.

Scholastic has sold over 400 million Goosebumps books worldwide in 32 languages since the series introduction in 1992, earning critical acclaim and dominating global best seller lists. R.L. Stine has been recognized as one of the bestselling children’s authors in history.

Adams, Renner Face the Unknown in Their “Arrival” Posters