In Marvel’s “Ant-Man,” multi-talented actor Paul Rudd (“I Love You, Man,” “Monsters vs. Aliens”) takes on the role of Scott Lang, a master burglar who becomes a Super Hero when his mentor, the original Ant-Man Hank Pym, takes him under his wing.

Explaining the relationship between Hank Pym and Scott, Rudd says, “My character Scott has nothing to do with Hank Pym. In fact, Scott is just getting out of jail where he’s been because he used his unique skill set to take down a corporation. But Hank Pym has singled him out; he’s found out who he was and has been watching him and sets up this scenario where Scott has to resort to his old ways. Scott winds up breaking into Pym’s house to get some money to help pay child support for his daughter, who’s really the only thing he cares about. Pym arranged the whole thing and has been pulling the puppet strings.” 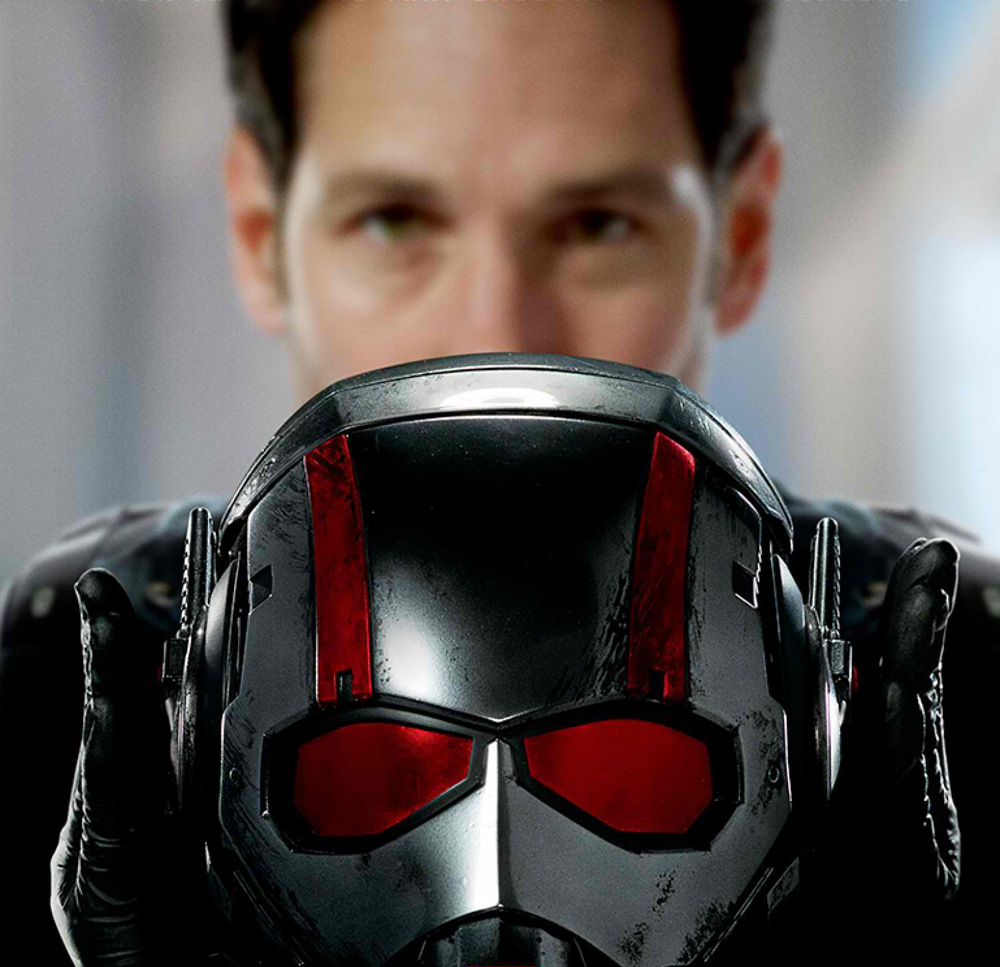 Playing opposite Rudd as Hank Pym is Michael Douglas, which was a huge plus for Rudd. “I was elated that he wanted to do the movie,” comments the actor. “I’ve been able to work with some legendary actors in my career thus far and Michael Douglas fits in that category. I was excited just to meet him as I’m a fan of his. The guy is so good in so many good movies. Imagining him in this part was really exciting.”

Apart from all of the action and visual effects, Rudd believes that what makes Marvel movies so good is that the filmmakers care about story and characters. “I think that making any kind of character human is what keeps you interested,” says Rudd. “You could have the most amazing fight sequence or you could have the most dazzling special effects and they could be pretty cool to look at, but it doesn’t have any kind of depth. It doesn’t stay with you unless you connect to the characters in some way. This movie works on every one of those levels. It certainly has amazing action sequences and some of the fights and things are just nuts, and then visually there are things in this movie you’ve never seen before. Some of the technology and what they’re doing has never been done before, so I think that’s going to be really striking, but I hope the thing that really resonates with people will be what’s happening with the characters and their relationships with each other.”

Even though the characters are grounded in a very real world with real world problems, it didn’t take long for Rudd to get his Super Hero groove going. All that he had to do was put on the Ant-Man suit. Rudd relates, “When you put on a costume, and certainly a costume like that, it does help with creating the character. You stand differently; you think differently and your posture changes. I just got giddy when I first saw it. When they showed me the helmet and I tried it on, I thought back to the first time I saw Stormtrooper helmets when I was a kid. They were the coolest helmets. I had that same feeling with the Ant-Man helmet.” 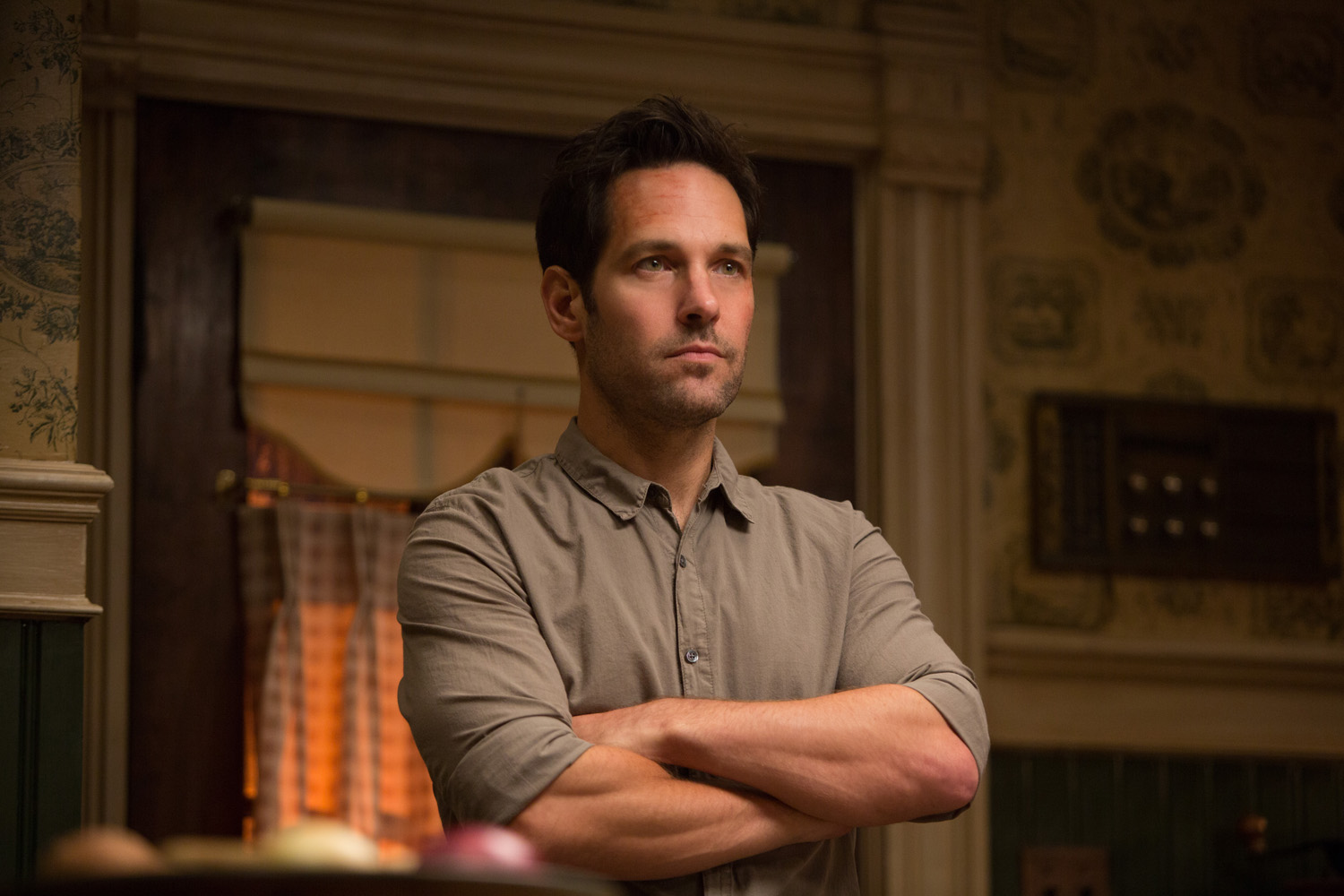 But what is it that makes the Ant-Man suit work in the storyline? Rudd offers an explanation: “The thing about the suit is the mechanism that allows somebody to shrink. It isn’t that Scott has superpowers or Hank Pym has superpowers, but it is the Pym Particles that run like an intricate system of veins through the suit and the helmet. It’s also very protective because the particles are volatile. If you just had Pym Particles and you didn’t have the suit or you didn’t have the helmet, it would be chaos.”

In the movie, Ant-Man displays what appears to be superhuman strength and it isn’t just a matter of retaining the strength of a normal-sized human in a half-inch body. Rudd explains, “It isn’t like Ant-Man is tiny and has the strength of a normal person. He actually exceeds the strength of a normal person because energy and mass compacted create energy. It is energy compressed. So part of the training is that Scott has to learn how to harness that kind of power when he is Ant-Man. If he punches somebody and he doesn’t know how to punch them properly, he could kill them. It’s like a bullet. So, learning the nuances and how to use that power takes some work.”

The Marvel filmmaking experience was a positive one for Rudd, who comments, “One thing that I think everybody who works with Marvel feels is that the only thing they are really interested in is how good the movie can be. They are not afraid to take any kind of creative risk or think outside of the box on something. They don’t hold back and if they have an idea and even if it seems insane, they’ll try it. It might not always work, but they want to explore it and the enthusiasm that they have in exploring it is palpable. It makes working on the movies really fun.” 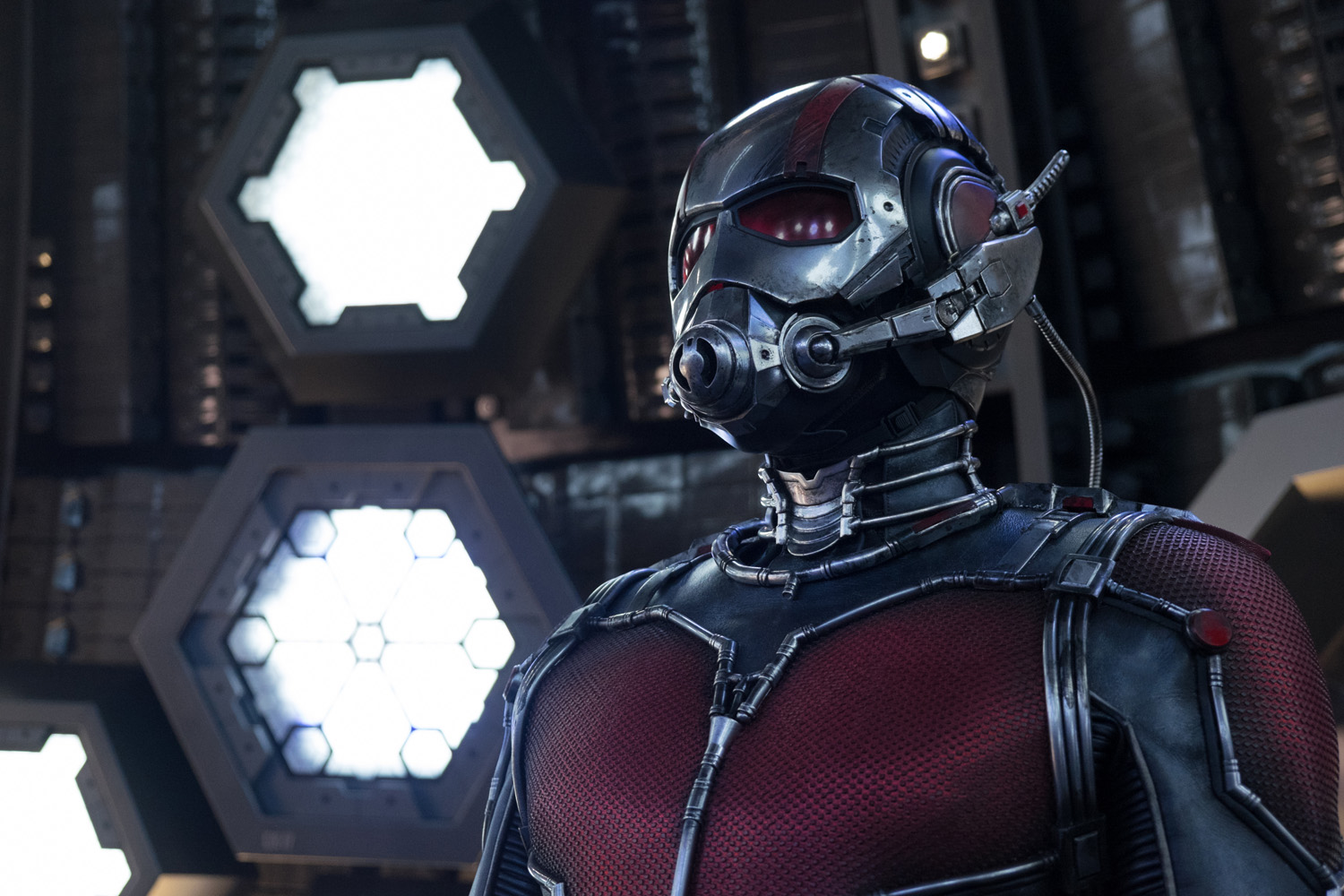 Apex of Man and Apes’ Destiny Revealed In “War For The...