“The Next True Story from the Case Files of Ed and Lorraine Warren.” That’s the tagline of the main one-sheet art for New Line Cinema’s “The Conjuring 2” which has just been released by the studio. The Warrens are the renowned demonologists played by Patrick Wilson and Vera Farmiga in the original film.

The tagline accompanies a creepy image of a rosary-holding hand in the foreground as if spiritually controlling a child who’s about to jump out of a window. 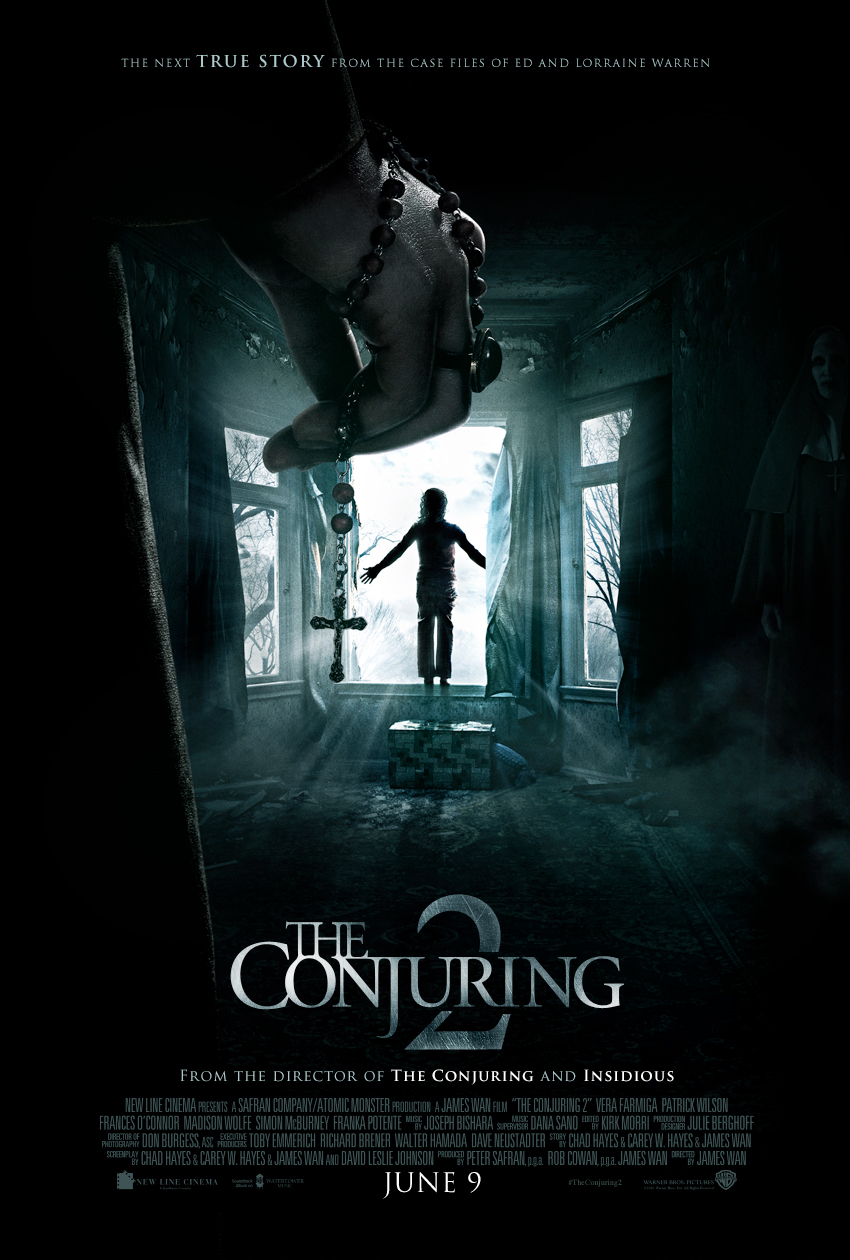 Director James Wan (“Fast & Furious 7”) is once again at the helm, the supernatural thriller reunites Oscar nominee Vera Farmiga (“Up In the Air,” TV’s “Bates Motel”) and Patrick Wilson (the “Insidious” films), as Lorraine and Ed Warren, who, in one of their most terrifying paranormal investigations, travel to north London to help a single mother raising four children alone in a house plagued by malicious spirits.

Opening across the Philippines on June 09, “The Conjuring 2” is a New Line Cinema presentation and will be distributed by Warner Bros. Pictures.