“Central Intelligence” follows Bob (Johnson), a one-time bullied geek who grew up to be a lethal CIA agent, coming home for his high-school reunion. Claiming to be on a top-secret case, he enlists the help of the former “big man on campus” Calvin (Kevin Hart), now an accountant who misses his glory days. But before the staid numbers-cruncher realizes what he’s getting into, it’s too late to get out, as his increasingly unpredictable new friend drags him through a world of shoot-outs, double-crosses and espionage that could get them both killed in more ways than he can count. As the movie opens, Johnson’s character is introduced in flashback as a hopelessly uncool high schooler with the unfortunate moniker of Robbie Weirdicht. A supersized kid with a gentle soul, he’s easy prey to campus bullies, and is forced to drop out after the irreparable humiliation of being hurled, naked, into center court at a school pep rally.

It’s clear that Bob’s horrific high school disgrace has made him the iron man he is today. But his experiences from those formative years have had other, less immediately obvious effects.

“Bob is one of the world’s most deadly individuals, a badass who can take you out just like that, kill you 19 different ways and you’d better cancel Christmas,” says Johnson, laughing. “He is incredibly prepared and strategic, and his abilities are second to none. That’s one side of him. The other side is this guy who in some ways never really developed past that day when he ended up butt-naked on the gym floor, never really grew up, so that he looks at things in a wide-eyed, childlike way. He’ll take out a weapon and shoot someone, boom, right between the eyes, and then say, ‘Where’d you get that shirt? That’s an awesome shirt.’”

One of the ways Bob remains emotionally stuck in time is how he continues to idolize Calvin and express gratitude for a friendship that has loomed large in his mind for two decades and helped him persevere through tough times. 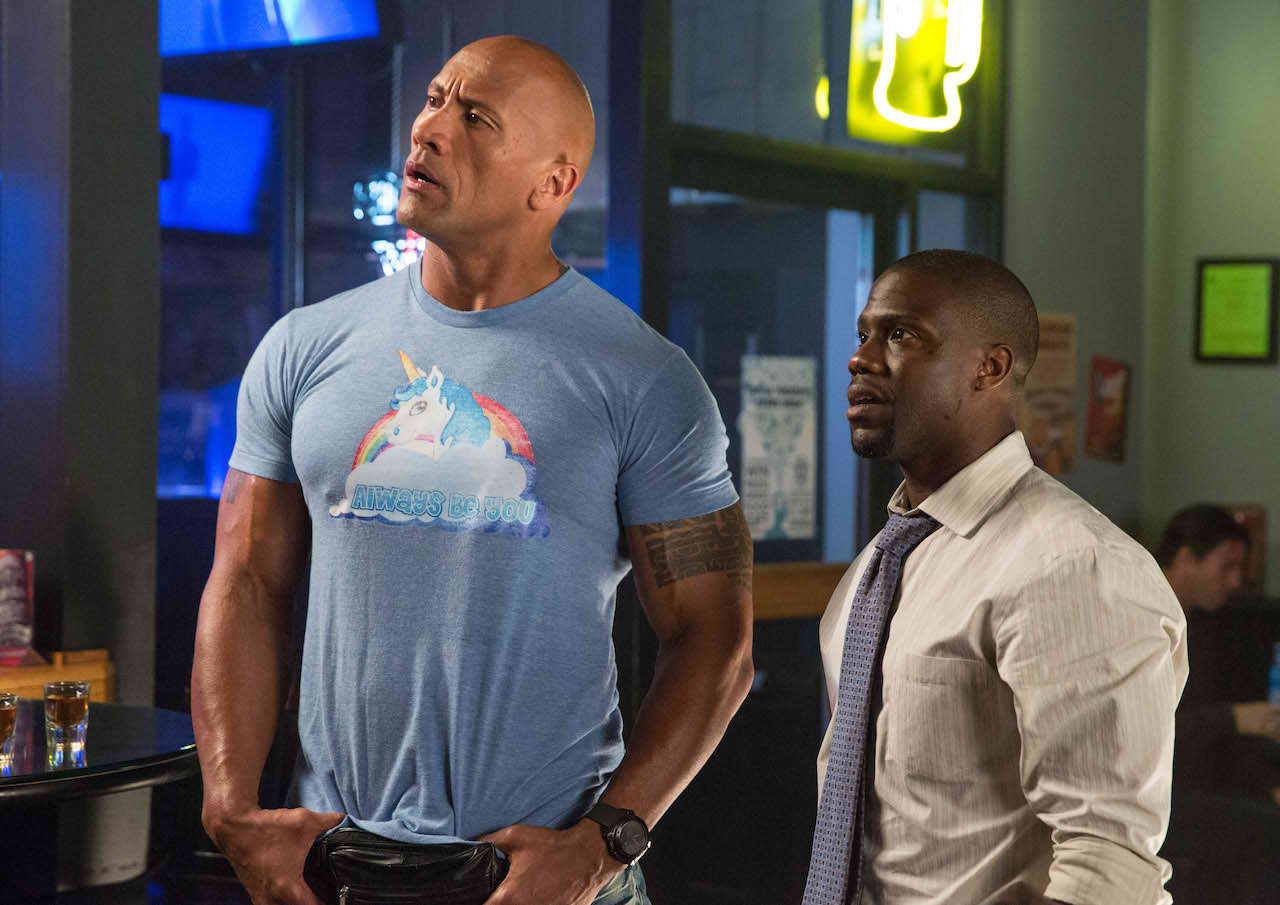 Initially, when they reconnect, “Seeing what Bob has become feels like another foot on Calvin’s back,” Hart comments. “Here’s a guy who has achieved so much, and it makes Calvin reflect on the things he hasn’t done, himself. But Calvin’s life begins to change that night he meets Bob for drinks. An innocent evening turns into mayhem, yes, but, in a way, it’s nice to be reminded of what he’s capable of, and it’s like that cloud over him starts to remove itself.”

“As much as the movie is about these two guys dodging the CIA, with all the comedy and action beats, underneath it’s a character story about who we become as adults, and that’s what I love about it,” says producer Scott Stuber. “One of the most satisfying elements of the movie is how this kid who starts out being bullied and humiliated turns all of that around and finishes the story feeling proud and good about himself.”

“You have to embrace who you are,” Johnson concurs. “When you’re 14, 15, 16 years old, it’s tough. You have the weight of the world on your shoulders; there are identity issues and insecurities and we all go through it. I’m here to tell you the most powerful thing you can be is yourself!”