Dory is a bright blue tang with a sunny personality. She suffers from short-term memory loss, which normally doesn’t upset her upbeat attitude—until she realizes she’s forgotten something big: her family, in Disney-Pixar’s “Finding Dory.” Of course, she’s found a new family in Marlin and Nemo, but she’s haunted by the belief that someone out there is looking for her.

Ellen DeGeneres was called on to provide her iconic voice to the lauded character for Dory’s return to the big screen—something DeGeneres often imagined on “The Ellen DeGeneres Show.” “I was campaigning for a sequel to ‘Finding Nemo’ for 13 years,” says the comedian and talk show host, “but I never imagined it would be ‘Finding Dory.’ So that was the real surprise when I finally got the call.” 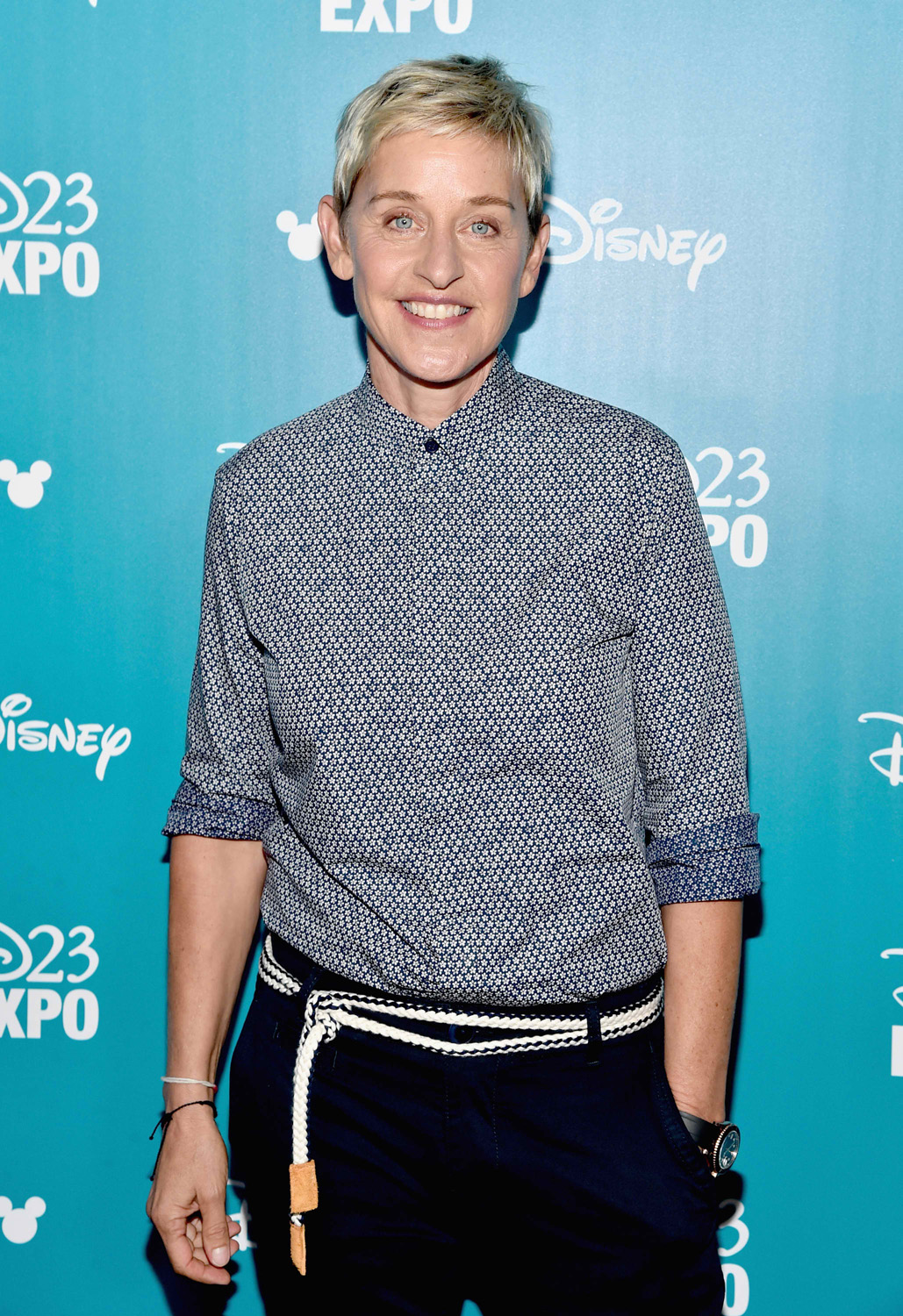 DeGeneres’ multiple-Emmy®-winning talk show launched just a few months after “Finding Nemo” opened in theaters, catapulting the comedian to new heights. So when it came time to revisit the character, filmmakers realized a lot had changed since she first gave voice to Dory. But according to director Andrew Stanton, their reunion was just like old times—in more ways than one. “I saw Ellen on the same recording stage at Disney Studios with the same engineer and the same crew as the last day we had worked in 2003. She walked in and we picked up exactly where we had left off.”

The new story features a deeper side of the ever-optimistic fish, challenging DeGeneres to showcase a wide range of emotion. “Doing an animated film is really fun,” she says. “But it can be difficult because every emotion has to come from your voice. You can’t pretend to cry, because that just sounds like you’re pretending to cry. So it’s all real—real conversations, real emotion.”

“To me, Dory was always a tragic character,” says Stanton. “Short-term memory loss just can’t be fun. No matter how much she puts her brave face on and makes the best of an extremely difficult condition, it has to be frustrating and frightening. She has no idea where—who—she comes from.” 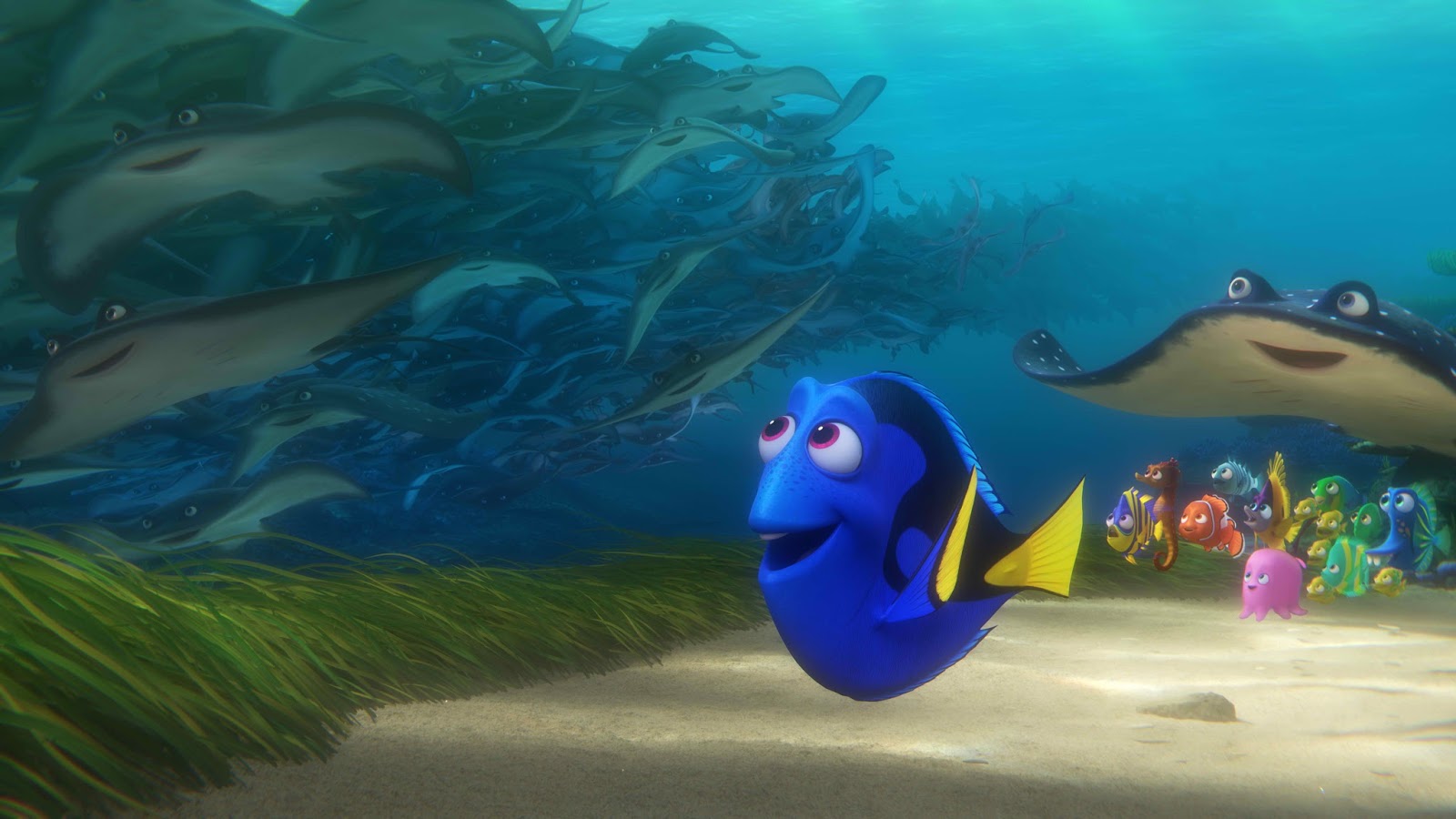 Adds screenwriter Victoria Strouse, “I think her cheery personality is her way of compensating for her shortcomings. Her helpfulness works to induce others to stay with her, to ensure she’s never alone. She has a deep fear of being abandoned, and an even deeper fear about her own short-term memory loss and how it might alienate others and cause them to leave her.”

Dory may have trouble recalling exactly what—or who—she’s searching for, but she won’t give up until she uncovers her past and discovers something else along the way: self-acceptance. “In the beginning, she is painfully aware that she requires Marlin and Nemo’s help,” says co-director Angus MacLane. Over the course of the film, she learns to listen to her gut again, accept who she is and her unique way of thinking and living—and that becomes the key to her success.”

“I think people love Dory because there’s not one speck of judgment in her,” adds DeGeneres. “She’s never mean. No matter what she’s faced with, she just carries on. She does what needs to be done.”

A Riveting True Story Of A Woman’s Struggle In And Out...