SINGAPORE, June 12, 2016 – “Ghostbusters” fans have set a new Guinness World Records title for the Largest Gathering of People Dressed as Ghosts at a Single Venue. The event was organized by Sony Pictures Entertainment in anticipation of the release of “Ghostbusters,” the hotly anticipated reboot of the classic film, which will be on July 15th across the Philippines.

Fans of the beloved franchise came to the affair at The Event Plaza at Marina Bay Sands in Singapore dressed as ghosts, cleverly incorporating the franchise’s familiar “no ghost” icon into their outfits. An adjudicator for Guinness World Records confirmed that a total of 263 people dressed as ghosts claimed a new title for Largest Gathering of People Dressed as Ghosts at a Single Venue.

Commenting on the announcement, “Ghostbusters” director Paul Feig said, “Seeing this many people get their ghost on and set a Guinness World Records title is a true testament to this amazing franchise that Dan, Harold and Ivan created 32 years ago. Fortunately, I ain’t afraid of no ghosts because we were up to our armpits in them. Ghostbusters of the world, gear up!”

Rishi Nath, Guinness World Records Adjudicator, added, “We are incredibly impressed the fans’ dedication to `Ghostbusters’ as well as their sense of adventure and fun. It’s official – this is a fantastic achievement!” 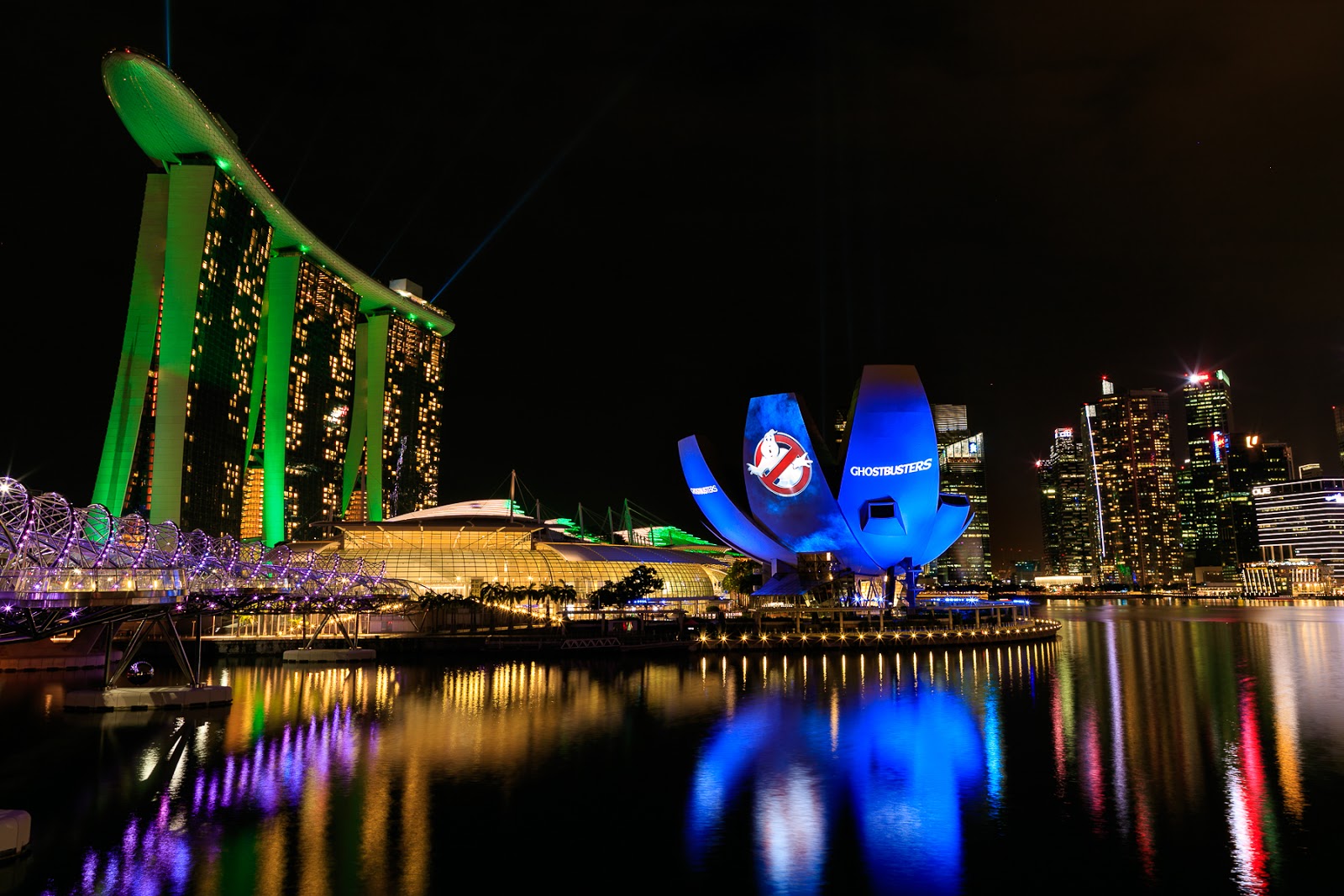 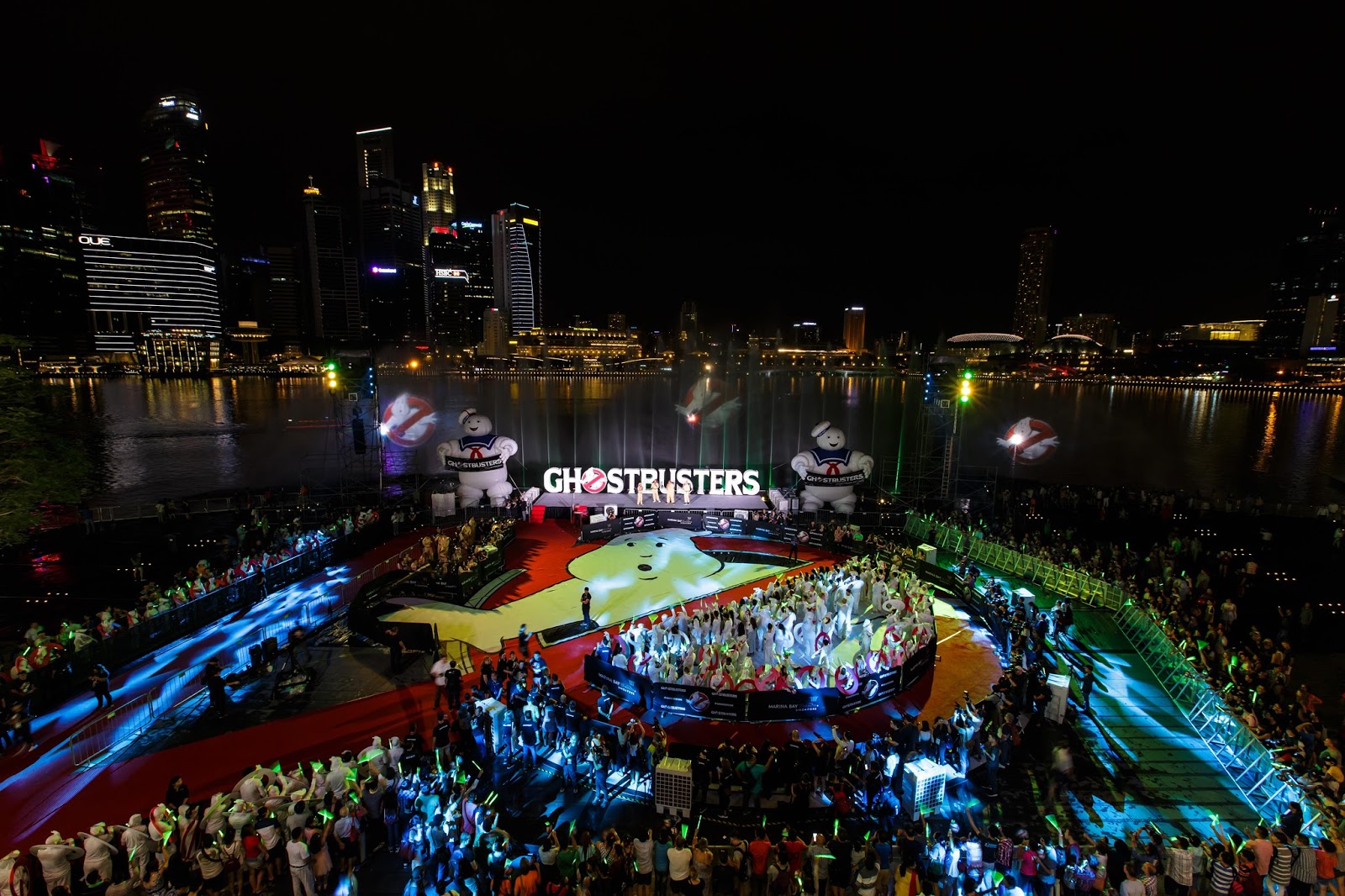 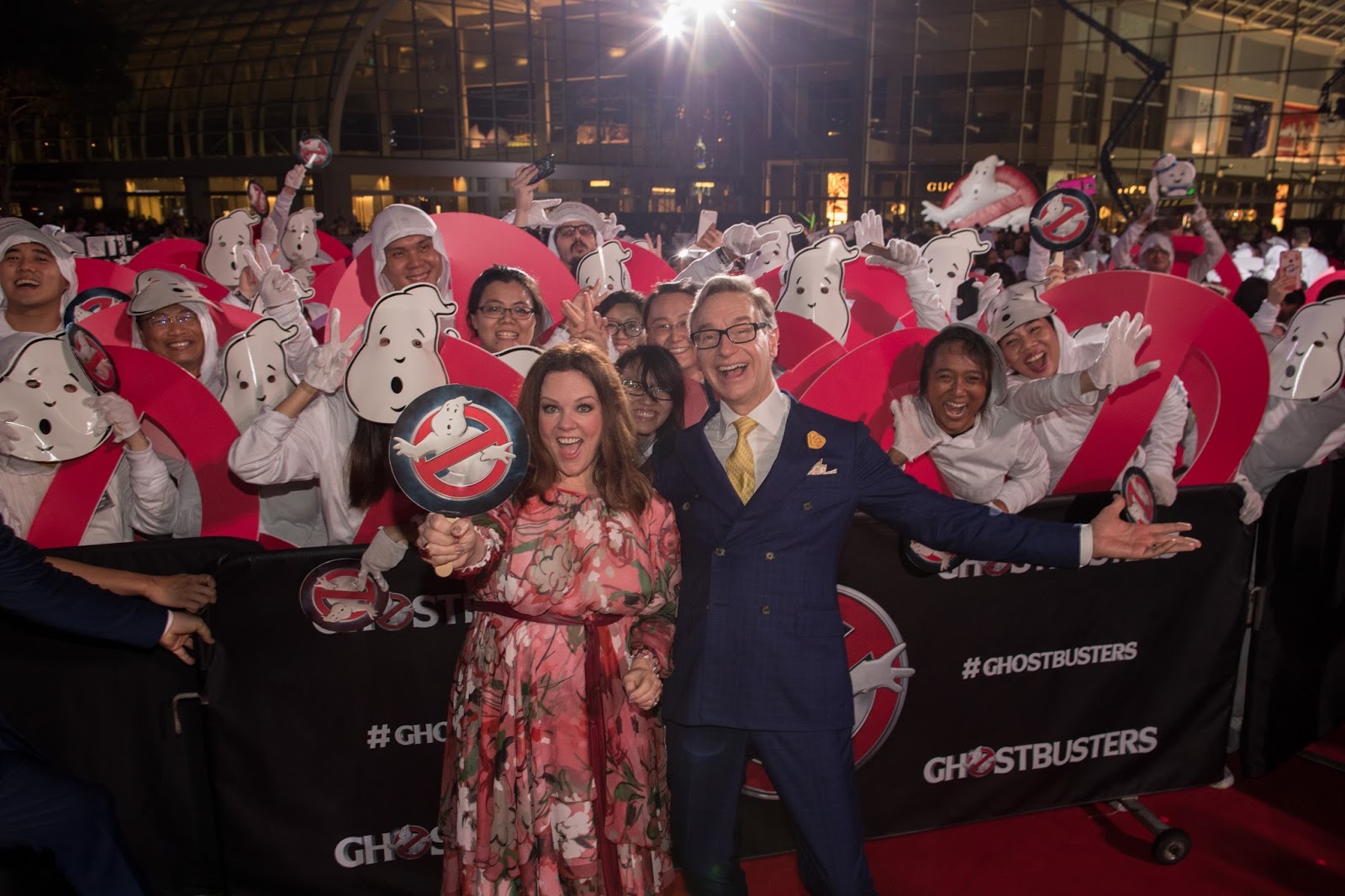 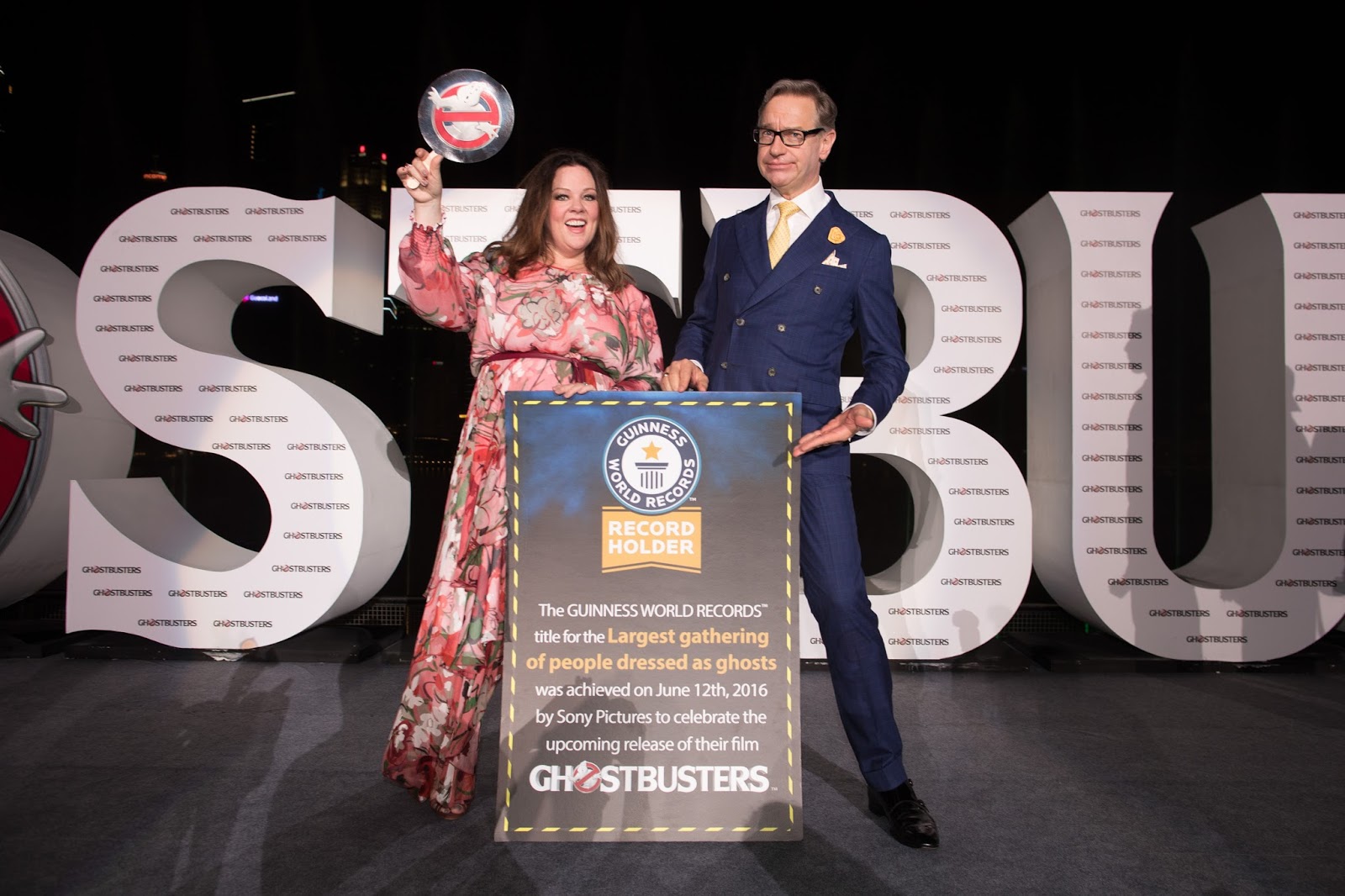 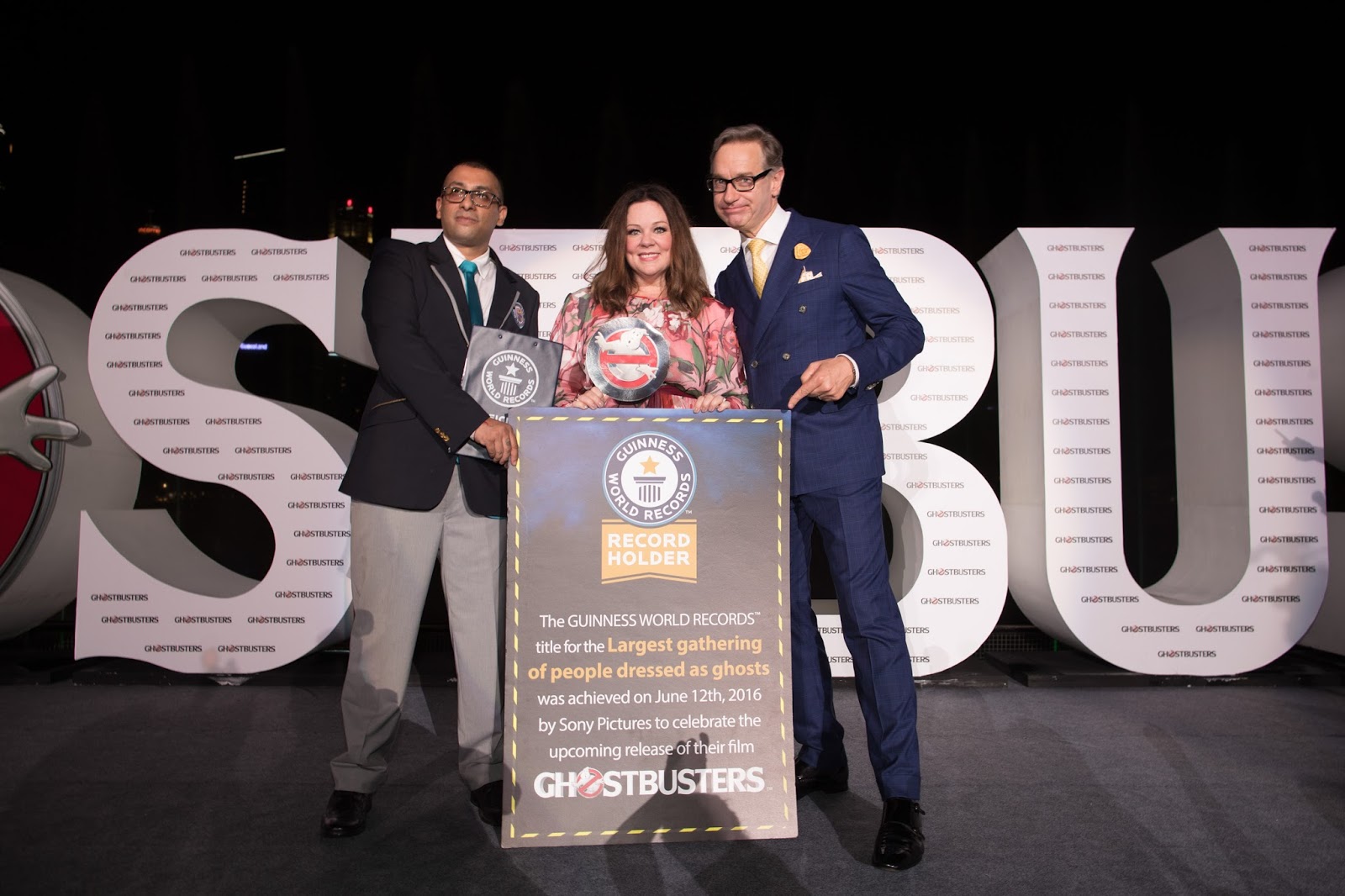 Following the announcement, fans attended a gala red-carpet event and were joined by “Ghostbusters” star Melissa McCarthy and director Paul Feig. Set against the spectacular Singapore skyline, the excited fans were treated to a bit of Hollywood magic in anticipation of the upcoming action-adventure tentpole movie.

“Ghostbusters” makes its long-awaited return, rebooted with a cast of hilarious new characters. Thirty years after the beloved original franchise took the world by storm, director Paul Feig brings his fresh take to the supernatural comedy, joined by some of the funniest actors working today – Melissa McCarthy, Kristen Wiig, Kate McKinnon, Leslie Jones, and Chris Hemsworth. This summer, they’re here to save the world! The film is produced by Ivan Reitman and Amy Pascal, and written by Katie Dippold & Paul Feig, based on the 1984 film “Ghostbusters,” an Ivan Reitman film, written by Dan Aykroyd and Harold Ramis.

“Ghostbusters is distributed in the Philippines by Columbia Pictures, local office of Sony Pictures Releasing International.