Three years after Mike Lane (Tatum) quit the stripper spotlight for a different kind of life, he’s come to realize he traded one grind for another. The business he launched isn’t exactly crushing it, and the girl he thought was the one…wasn’t. But it’s more than that. Tatum explains, “You definitely get the sense that something vital is missing. He’s just not ‘switched on’ the way he was when he was dancing.”

For Mike, it was never just about the money. Or the women, or the parties, or the fame. It was his passion. And the crew he left behind? They were the best friends he ever had. 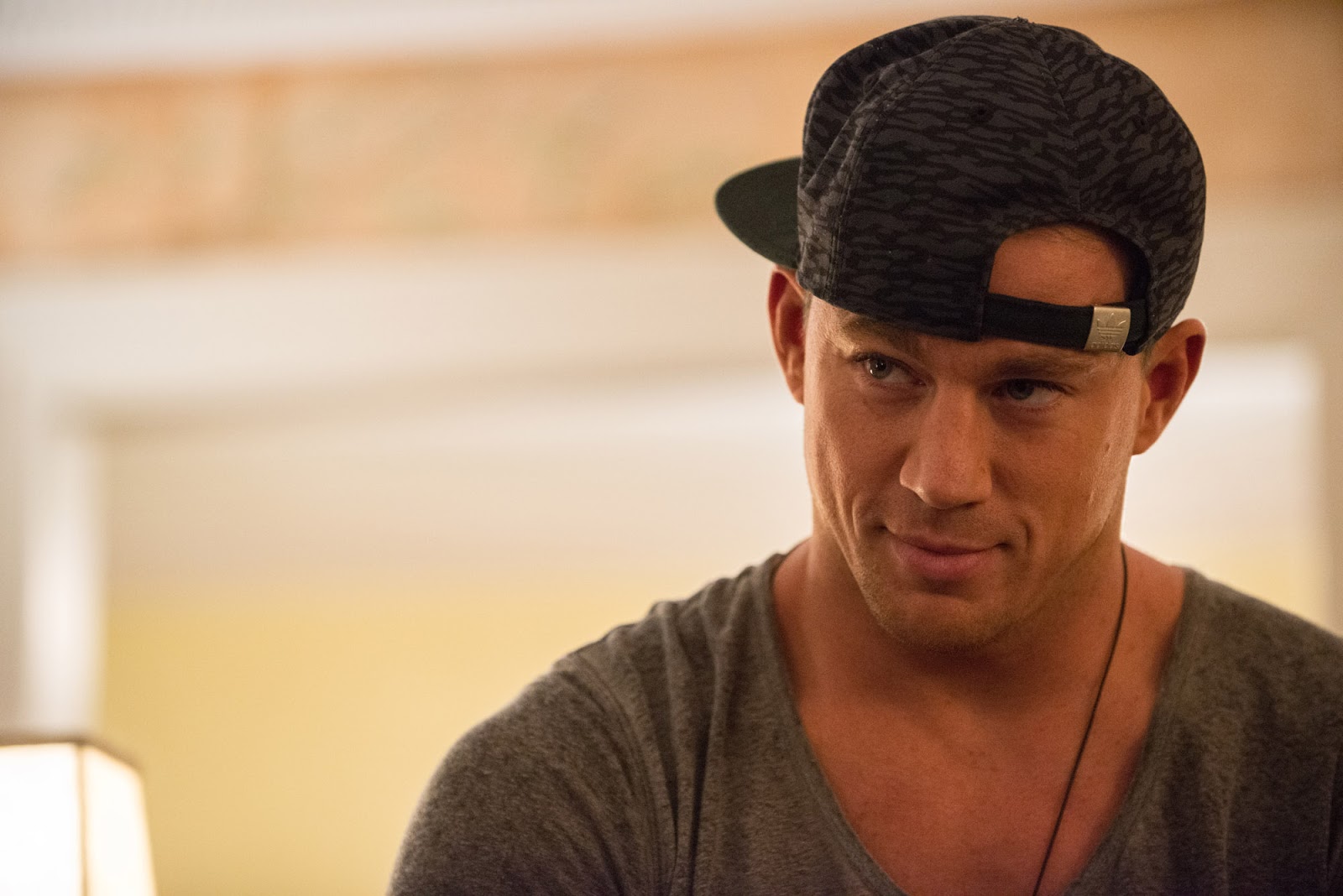 Describing the new story, Tatum says, “The first movie was more about him rejecting that life because he feared maybe it was holding him back from seeing what else he could do. But now that he’s stepped away and some time has passed, he remembers everything that was good and cool and fun about it and, most of all, about the guys who were on that wild adventure with him. It might not have been perfect and neither were they, but he loved those guys and they had some great times. Mike has been working very hard since the closing frame of the first movie, and we catch up with him at the point where he realizes he needs a little bit of that old mojo. He needs some of that crazy life to shake things up for him again.”

It’s time to get out there and have some fun, doing what he does best. So, when the former Kings of Tampa look him up on their way to the stripper convention in Myrtle Beach – an event that is every bit as outrageous as it sounds – Magic Mike can’t resist. He’s in.

It was vital that for “Magic Mike XXL” the dance routines were not only original, sexy and breathtakingly intense, but integral to the story and the characters. Director Gregory Jacobs affirms, “We wanted the dances to connect thematically to each of the guys and reflect some kind of character development with a big payoff at the end.” 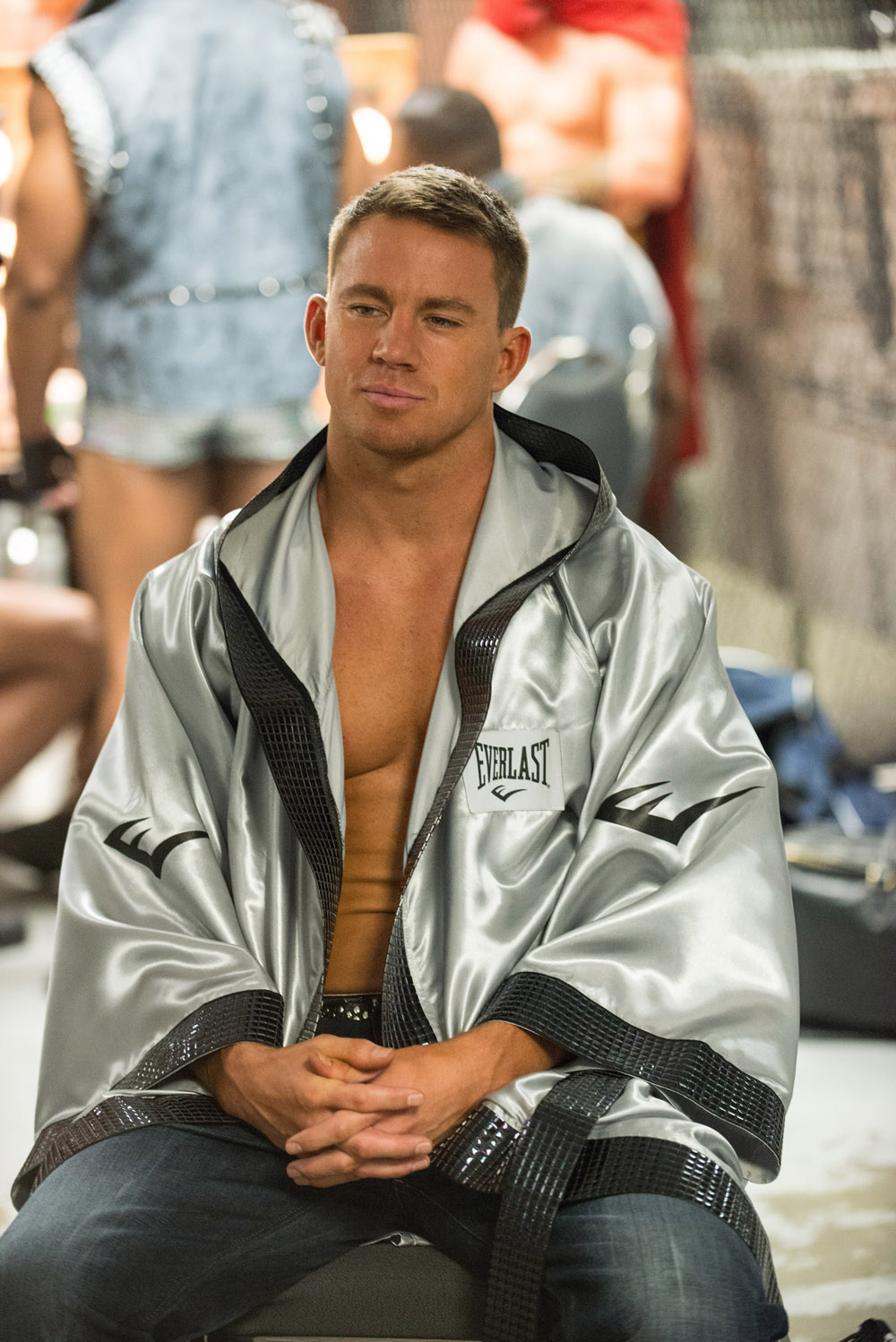 “Channing, honestly, has the most incredible ideas; he’s so instinctual and a lot of it comes from him,” choreographer Alison Faulk says. Offering a couple of examples, “Adam plays on the machismo element and he’s athletic, so we challenged him with some hip-hop moves and a kip-up, which is a kind of full-body rising movement from the floor that requires a lot of abdominal strength.”

Tatum lent his expertise, working closely with Faulk and Jacobs to craft the most powerful dance performances, not only for himself but for all the roles – a process that could have been far more awkward if not for the fact that he and the choreographer share a longtime association. “We spent hours in a room, trying to figure out the right dance moves,” he says. “We were saying things like, ‘Don’t put your crotch here; put it more over here.’ It was ridiculous.”

Their dedication was evident throughout, starting with the first beats of Tatum’s opening number, a stirring freestyle solo that Mike executes in the garage where he makes furniture, triggered by Ginuwine’s “Pony” on the radio. As Magic Mike, it was his signature song, and hearing it still sets his body irresistibly in motion. Alone, he moves seemingly for the pure pleasure of it, ingeniously incorporating the drills and sanders of his trade while gliding across workbenches and spinning off chairs as the music guides him – perhaps reminding himself that dancing is still a part of who he is.
Not that there was any doubt. “Channing’s performance is unbelievable,” Jacobs states. “It’s really impossible to take your eyes off him when he starts to move. And it’s there, in that first dance, when he hears that song and the call of this trip is so strong that he can’t pass it up.”