Filming a re-imagining of Frankenstein was, jokes director Paul McGuigan, rather like giving life to a movie monster. McGuigan, admirably lauded for his thrilling works in exceptional movies with A-list actors such as Bruce Willis, Josh Hartnett and Ben Kingsley in “Lucky Number Slevin,” Chris Evans and Dakota Fanning in “Push,” Tom Hardy, Paul Bettany and Willem Dafoe in “The Reckoning,” Paul Bettany and David Thewlis in “Gangster No. 1” and “Wicker Park” with Josh Hartnett and Rose Byrne and who has also directed several episodes of the acclaimed BBC television series Sherlock, which stars Benedict Cumberbatch now helms an electrifying monster of a movie in “Victor Frankenstein” starring James McAvoy (“X-Men” films) and Daniel Radcliffe (“Harry Potter” films) as loyal allies at a time when scientific breakthroughs from the period’s greatest minds are at its peak.

Mary Shelley’s classic Gothic novel about the eccentric scientist, Victor Frankenstein, and his quest to create life, was first published in 1818 and has captivated generations of readers and later, cinema audiences, ever since. At the core of this new Frankenstein story – just like with (Sherlock) Holmes and Watson – is the friendship between Frankenstein and Igor. 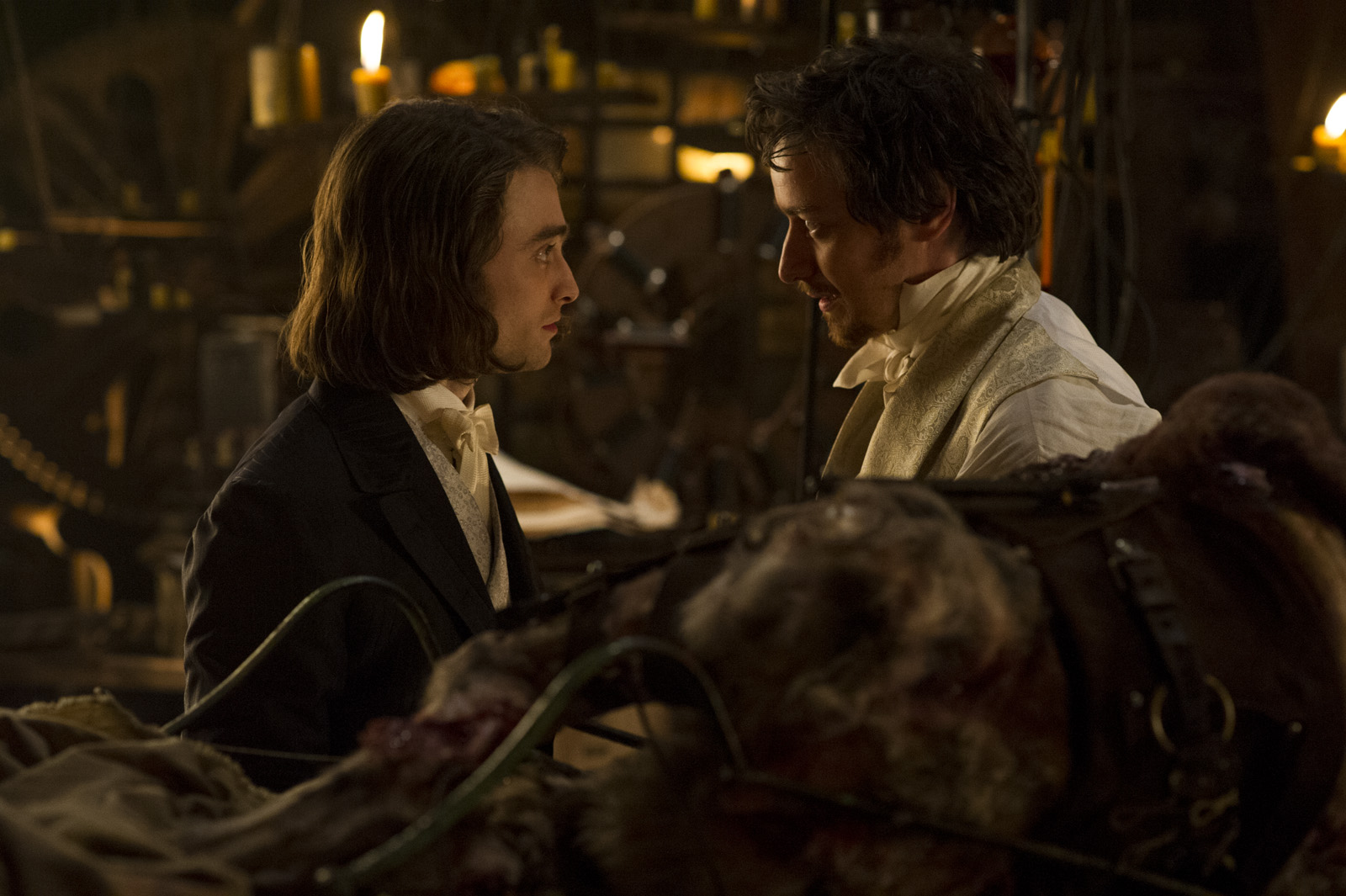 McAvoy plays Doctor Victor Frankenstein a brilliant scientist at the forefront of pioneering medical research. He wants to save lives and then becomes obsessed with the idea of creating life itself. Igor – a character that first appeared in movie versions of the story, but was not in the novel – is a lowly, downtrodden, disfigured clown at a travelling circus where his only friend is a trapeze artist, the beautiful Lorelei (played by Jessica Brown Findlay).

“He starts off in the script just known as ‘the hunchback’, and he works at the circus,” explains Radcliffe. “He’s grown up there, and he’s worked there all his life. His retreat, mentally, is to surround himself with medical books, medical dictionaries. He’s self-taught, very intelligent, and incredibly capable. 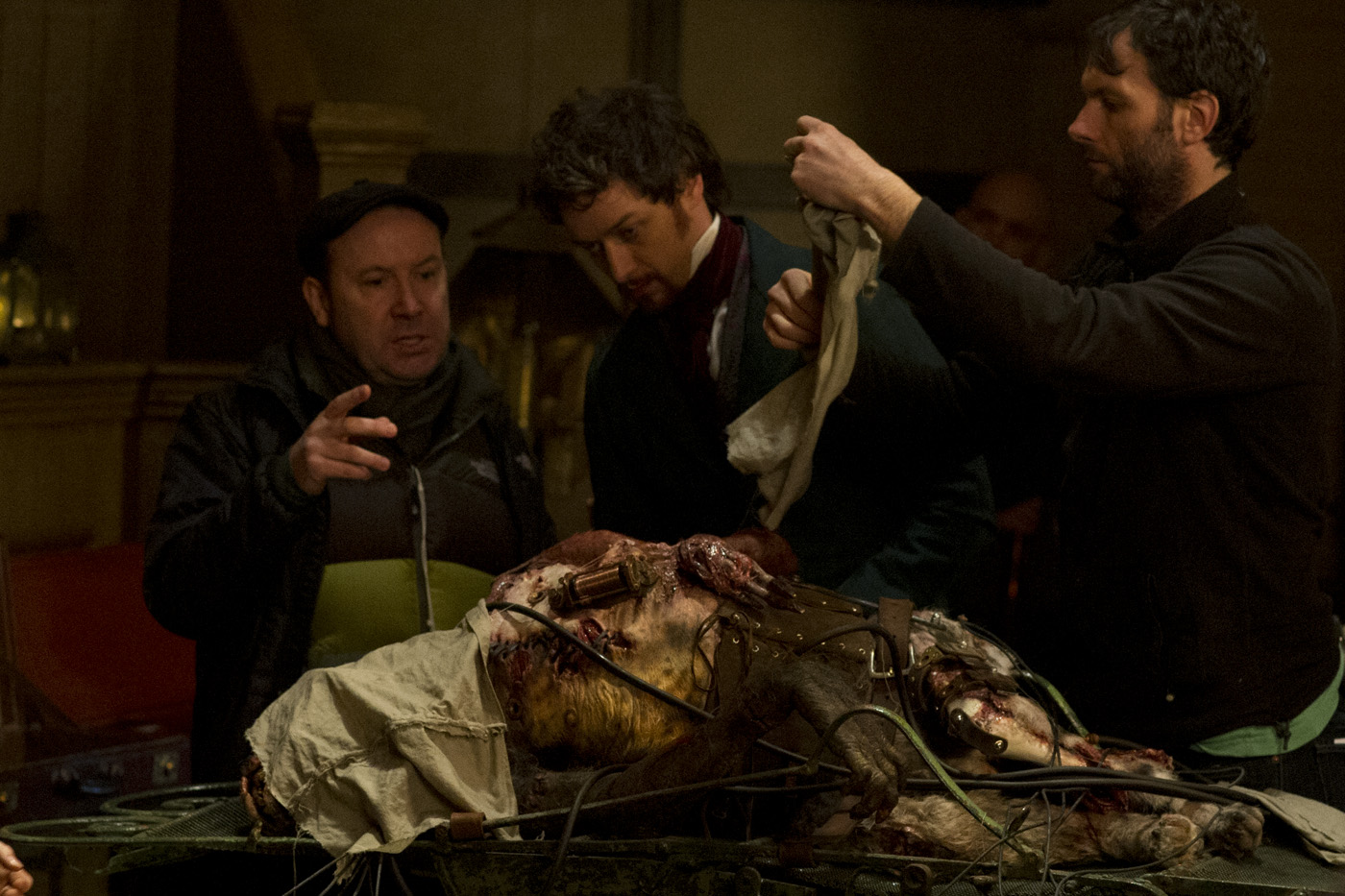 “One day, when there is an accident at the circus and Lorelei falls, he rushes out to treat her. Victor happens to be there and sees him performing impromptu surgery. He saves this person’s life, with Victor’s help, and that’s how they meet. At that point Victor obviously sees that he is this undervalued, abused, savant, who has been treated terribly.”

With a screenplay by Max Landis, McGuigan and his stellar ensemble cast – including James McAvoy as Frankenstein and Daniel Radcliffe as Igor – filmed their version of Frankenstein at Longcross Studios, and on location in the UK. It was, the director admits, challenging. “We have animatronics, we have action, we have electricity and lightning and, of course, we have a monster – things that are quite inventive and on paper you go ‘yeah, that would be a good idea…’ and then you have to figure out how to do it. So it’s been a big challenge, but it’s been fun, too.” 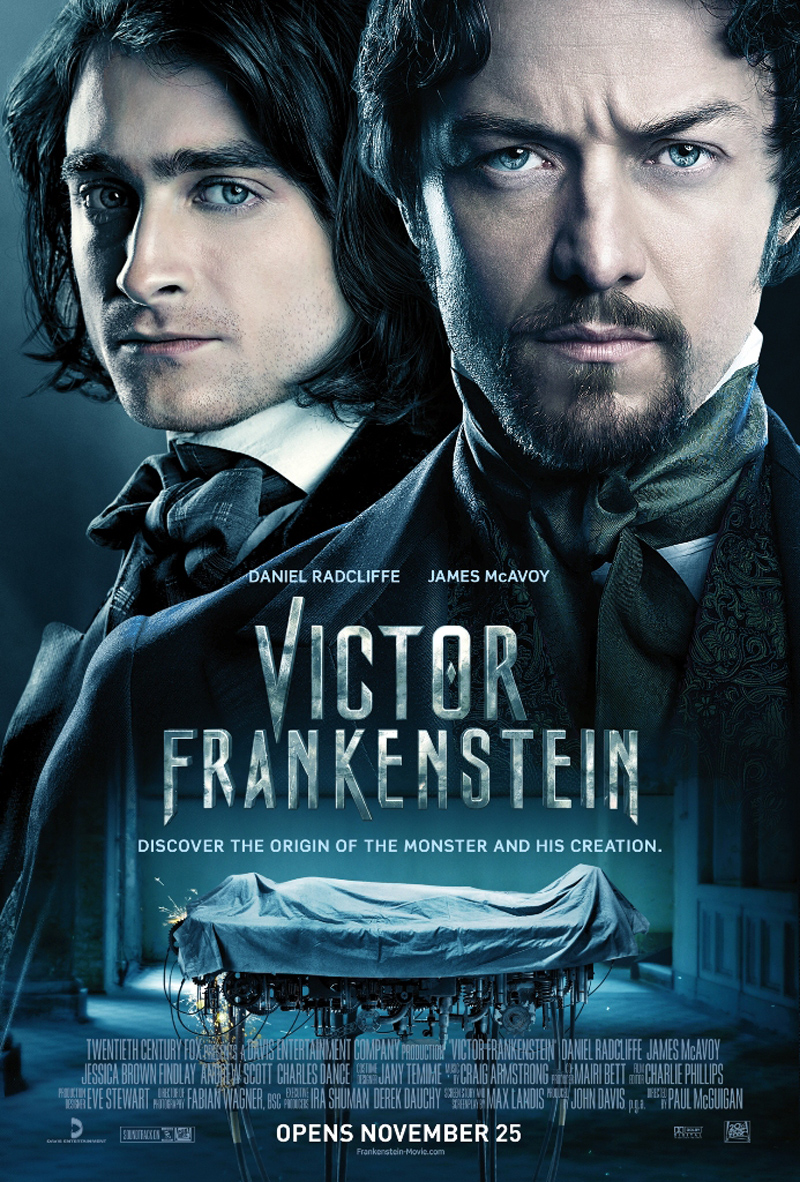 McGuigan’s says that Landis has taken the essence of the book – and elements of Frankenstein’s rich cinema history – and created a unique take on the story. “It’s taking the core themes of the book – the re-birthing idea, bringing the dead back to life and the science of that and the moral issues it brings up and all of those things – but at the same time we’ve kind of shied away from being quite heavily over wrought with melodrama, which Mary Shelley’s book was.

“We have plenty of spectacle in the film but we are not the $200 million movie that people are going to put their 3D glasses on to watch; this is done old school and a lot of the effects are done through the camera, we blow up things through the camera. And in that way it’s been quite exhausting and the boys have done their own action, which has been fantastic. When you have two great actors like this, you want to see them do this stuff and they do it. It’s great,” McGuigan reveals.

See the monster come alive in “Victor Frankenstein” when it opens November 25 in cinemas from 20th Century Fox to be distributed by Warner Bros.