“My character is hired on as the other side of this team, as a physicist to deal with communication through mathematics,” the actor continues. “Part of the character that was interesting to me was that it was very far from anything I’ve ever done. It was very left-brain, very mathematical and scientific.” 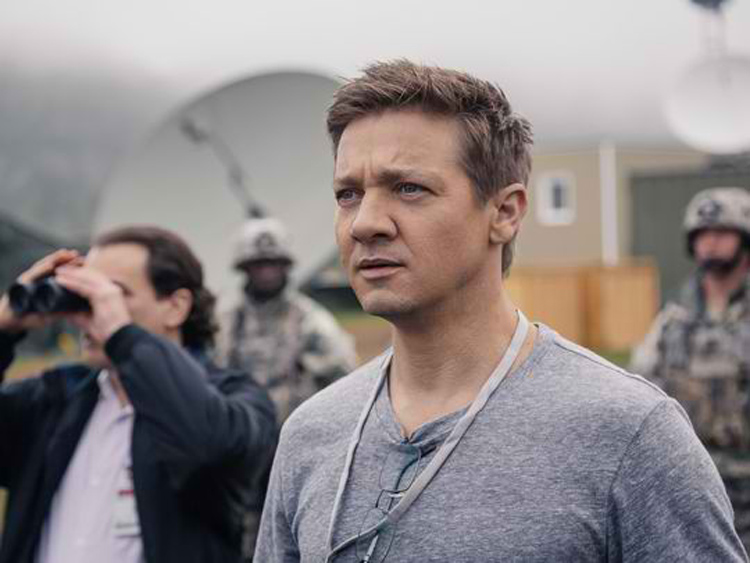 Director Denis Villeneuve says that the role of Ian Donnelly was a bit different than the usual roles Renner is offered. “It’s very unusual to cast Jeremy Renner, who is more of a James Bond or Jason Bourne type of an actor, into [the role of] an intellectual,” says the director. “I think he liked that challenge. It was funny because, from time to time, on set he had to jump around like a rabbit because it was too contained. But, seriously, Jeremy came on board because he was dreaming of working with Amy Adams again. They love each other.”

“Jeremy and I have wanted to work together for a while, so there was an opportunity there,” says Villeneuve. “He came full of generosity, because he’s there to support Amy, I was amazed by his talent and strong instincts. He was able to bring that dimension of a scientist in a very dynamic and funny way. The movie owes him a lot.”

“It wasn’t the character that enticed me to do it,” says Renner whose main motivation was working with Adams. “It was a phenomenal part for her and a phenomenal part for a woman. The part was good for me but I was more interested in supporting her. The movie is told through her eyes, it was always going to be her movie. Also, I love the script. I thought the script was amazing. It’s a beautiful story.” 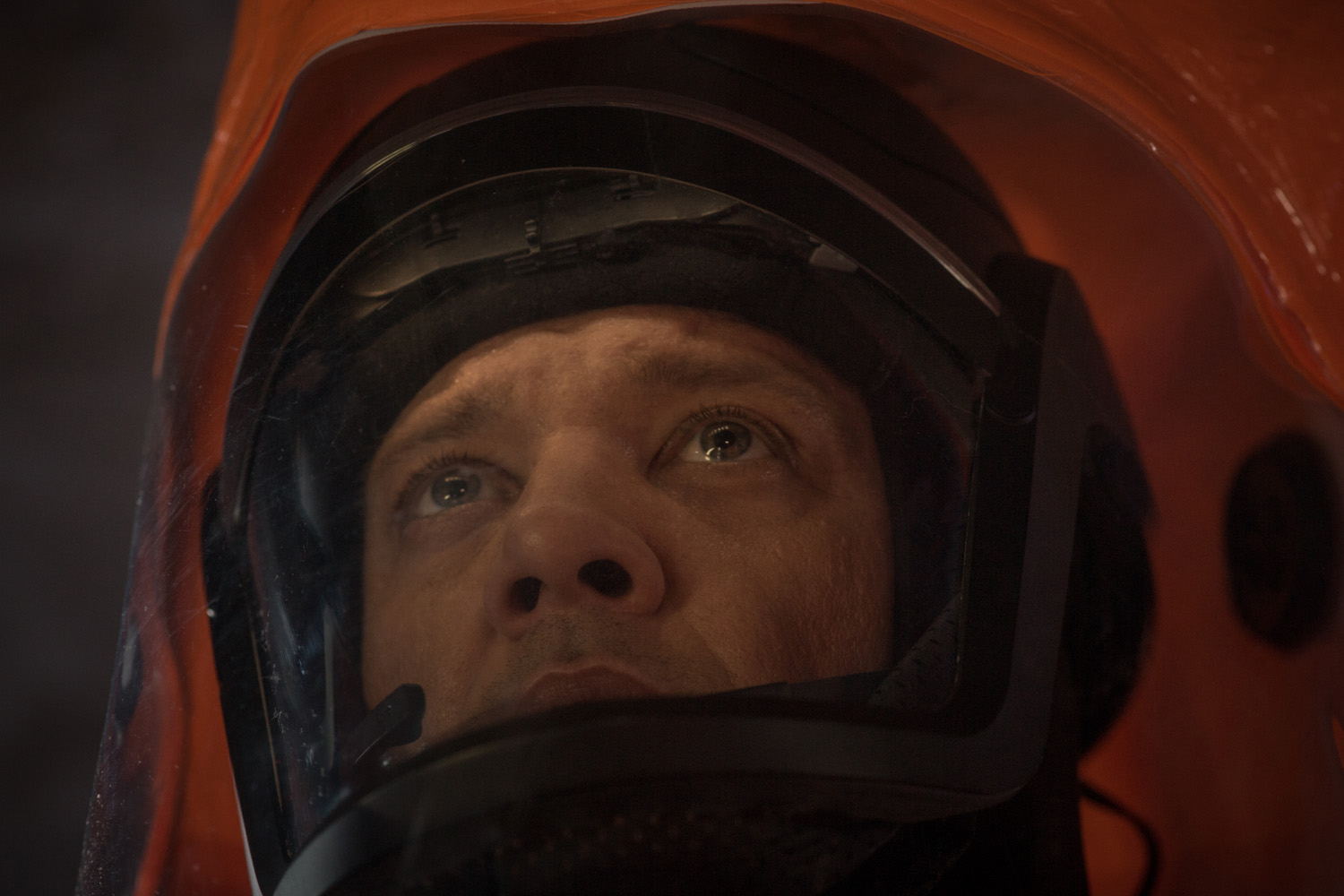 “Jeremy brought a lot of humor, in a good way, a beautiful energy. The movie needed that,” says Villeneuve, “because Amy was more melancholic, a character that’s going through a journey where she’s disturbed. She’s starting to behave strangely, being in contact with the aliens is changing her way of seeing the world, and she’s confused and lost. I needed someone who’d be grounded in reality and bring a dynamism and humor to the movie. He did a great job.”

Louise (Amy Adams) and Ian’s relationship evolves throughout the movie. “They come from different schools of thought,” says Renner, “but through the progression of time they learn to embrace each other’s thoughts, especially as they go speak to Abbot & Costello (the aliens). They both learn something really quite beautiful.”

“We have really good chemistry because we’re very good friends. We trust and love each other,” says Renner about acting opposite Adams. “We’ll even argue if we need to work something out. It’s usually in a very healthy way and we’re usually on the same side trying to figure out how do we do it in an authentic way. It makes your job easy when you work with someone that’s really good at what they do.”

Some of Renner’s favorite scenes are the quieter ones with Adams. “The character stuff, like the back of the truck with Amy, that was a beautiful intimate scene,” says Renner. “It’s more about them than it is about the chaos. It’s the calm before the storm.” 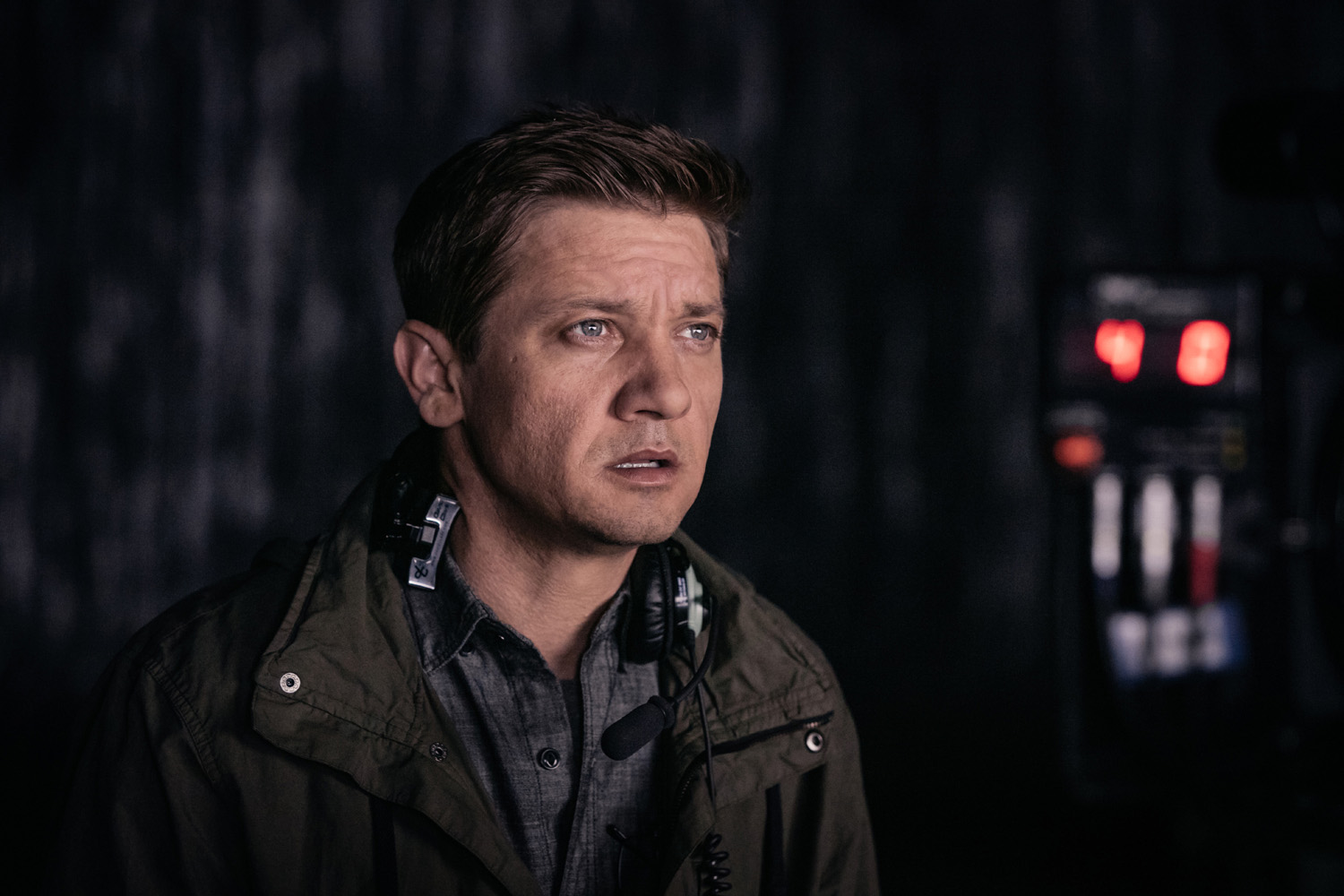 Renner says of the final result, “It’s much bigger than I anticipated, not size-wise but in emotional scale, and also the vessels and the scope of the movie and cinematography. You see a real director and cinematographer’s hand on this picture. That comes from the visual effects—there are a lot of players involved in those sorts of things. But this movie’s all about Denis, he’s made it what it is through his thoughts and hard work. He’s very patient and thoughtful and he had this story told within a very insular pairing of actors.”