“Knock Knock” is a psychosexual thriller not intended for the faint of heart and easily disturbed. In the upcoming Keanu Reeves starrer, critically acclaimed horror director Eli Roth takes fear notches higher as he pits a married man Evan (Reeves) against two irresistible seductresses Genesis (Lorenza Izzo) and Bel (Ana de Armas) who initially knocked on his door for help on a rainy night eventually turning his dark fantasies into his worst nightmare and his life a living hell. 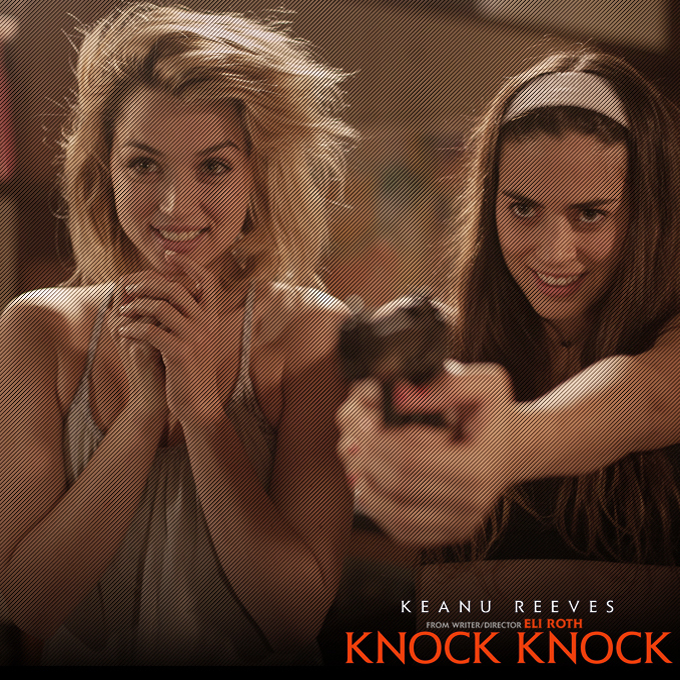 The movie comes in a world where everyone has seen everything and nothing shocks anymore, an entire generation of kids strive for attention and validation through social media, each one trying to get more likes than the next. Evan, a devoted father and husband was left alone for one weekend with nary an idea that he is being stalked by unlikely predators waiting for the perfect time and pin him down at his loneliest. “With Knock Knock, I wanted to show just how fragile the world we spend a lifetime building actually is. What if you did everything right – you went to a good school, you dated nice people until you met the right person, you settled down, you built a good life for yourself…and still, you have the sinking feeling you’re missing out on something. What if you wanted to tempt fate just for one night thinking you could get away with it? I wanted the audience to sympathize with Evan, our main character, and to secretly make the same choices he would make. Evan tries to do the right thing, and yet, he can’t ever truly say no to these girls who show up at his door and seduce him. Evan constantly thinks he’s in control, and that’s his fatal flaw. People in their 40’s have no idea the damage one can cause with social media, because they’ve never had to think defensively in that way. Teenagers today have grown up with the threat of someone ruining your life over a picture or a text message, so as a result they know how to destroy someone. It’s a skill you have to develop as a teenager today, but it’s not one that would even be in a character like Evan’s consciousness,” says director Roth. 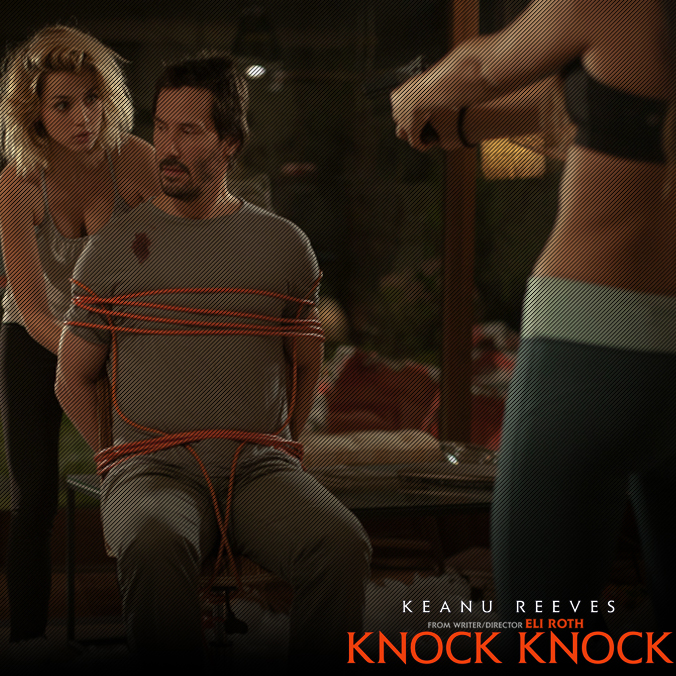 Artwork plays a major role in the film. The director’s mother being an artist, grew up with her paintings all over their house. Roth shared that “I’ve seen first-hand how difficult it is to create, and what it takes to fill an empty canvas with imagination and soul. In fact, my mother in many ways is my biggest influence on my own career as a writer/director. Yet art, at the core of it, might simply be a concept that does not exist. Proving the existence of art is like proving the existence of God. The evidence is everywhere, yet it only exists because someone labels it as art. To one person a sculpture might be a priceless work of art, yet to another it might just be colored plaster. I am well aware of my reputation for bodily harm and dismemberment, and with Knock Knock wanted to substitute chopping off the sculpture’s limbs for a human’s. I find the destruction of art much more painful, because the idea that no matter what we create it’s completely worthless to another person is a very real and terrifying one. Everything we find sacred in a work of art could mean absolutely nothing to a complete stranger, who would destroy it all with a swing of the hammer without a second thought. I saw the artwork as a metaphor for Evan’s relationship, for his family, for the life he built, and once he lets in a dangerous force, he risks losing everything.”