ReZirb
Home Uncategorized Matthias Schoenaerts Is A Woman’S Rock In The Romantic Epic “Far From...

For actor Matthias Schoenaerts, playing the steadfast shepherd Gabriel Oak in the big-screen adaptation of “Far from the Madding Crowd” by Thomas Hardy was a profound experience. The 37-year-old Belgian says that the character helped him shape his personal life.

Truly relatable even in 2015, the exuberant story of Victorian farmer Bathsheba Everdene (Carey Mulligan) starts out a simple country girl who has inherited her uncle’s farm, and becomes a fierce-willed, impulsive heiress who is faced with a myriad of life choices. She’s surrounded, and confounded, by intriguing suitors, one of them is the down to earth farmer Gabriel Oak (Schoenaerts). 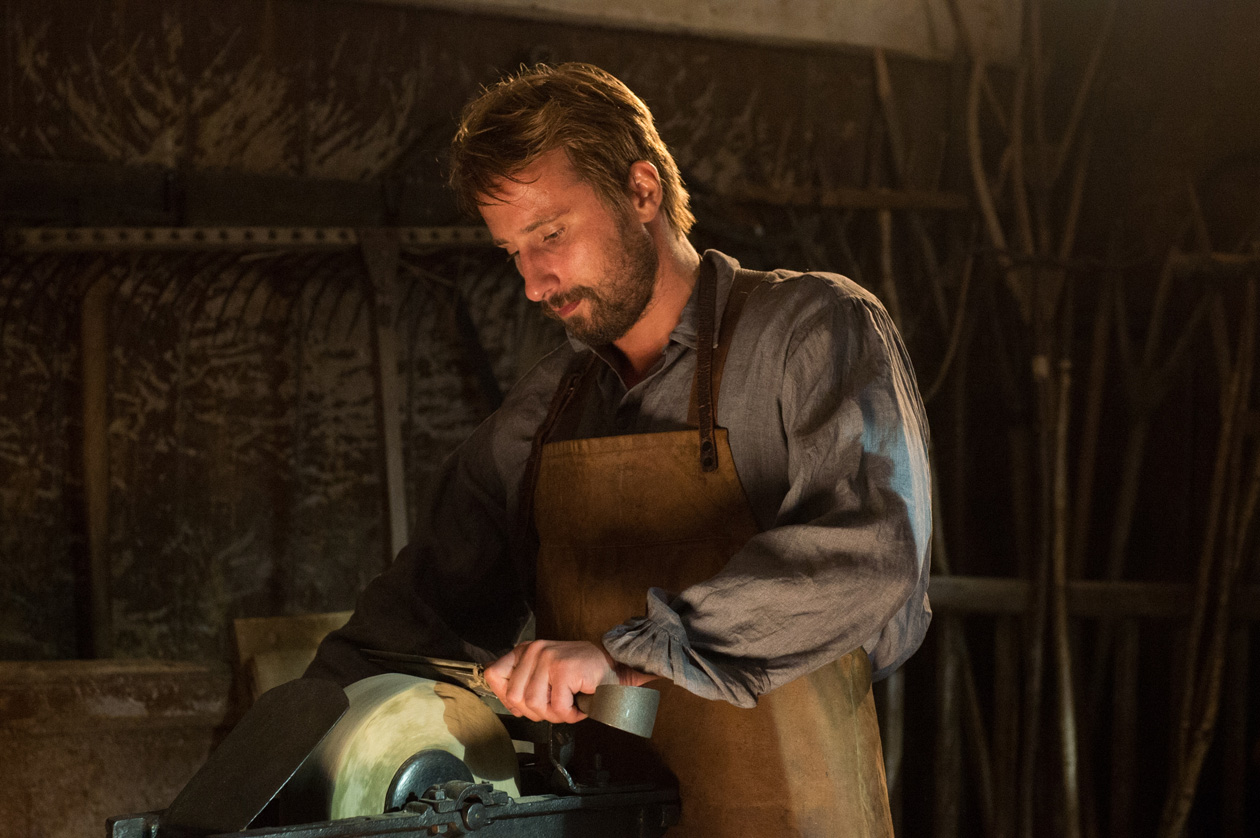 “Oak represents values that I really value and admire in people,” begins Schoenaerts, who made his international breakthrough with the 2012 drama “Rust and Bone.” “Even though he suffers a lot of set backs and gets emotional beatings, he always stays on the path of truthfulness and righteousness. That is pretty rare.”

Though Bathsheba Everdeen values her independence more than almost anything, her life is complicated by three very determined suitors who each seek her hand in marriage. Her first proposal comes from the upstanding landowner Gabriel Oak, but she is too independent to consider it at the time. “Oak is a difficult dramatic character,” notes director Thomas Vinterberg. “Here is this guy who decides on this woman, yet he’s just sort of there for her, hanging out on the farm waiting for her to choose him, so he’s not really the prototype of an active male lead. So what I was looking for in an actor was the essence of Gabriel’s innate strength and pride.”

He found that quality in the rising Belgian actor Matthias Schoenaerts, who first riveted global audiences as a steroid-pumping cattle farmer in “Bullhead,” and then starred opposite Marion Cotillard in Jacques Audiard’s gritty romance “Rust and Bone,” for which he won the Cesar Award for Most Promising Actor. He also played Eric Deeds in Michaël Roskam’s “The Drop” with Tom Hardy and the late James Gandolfini. 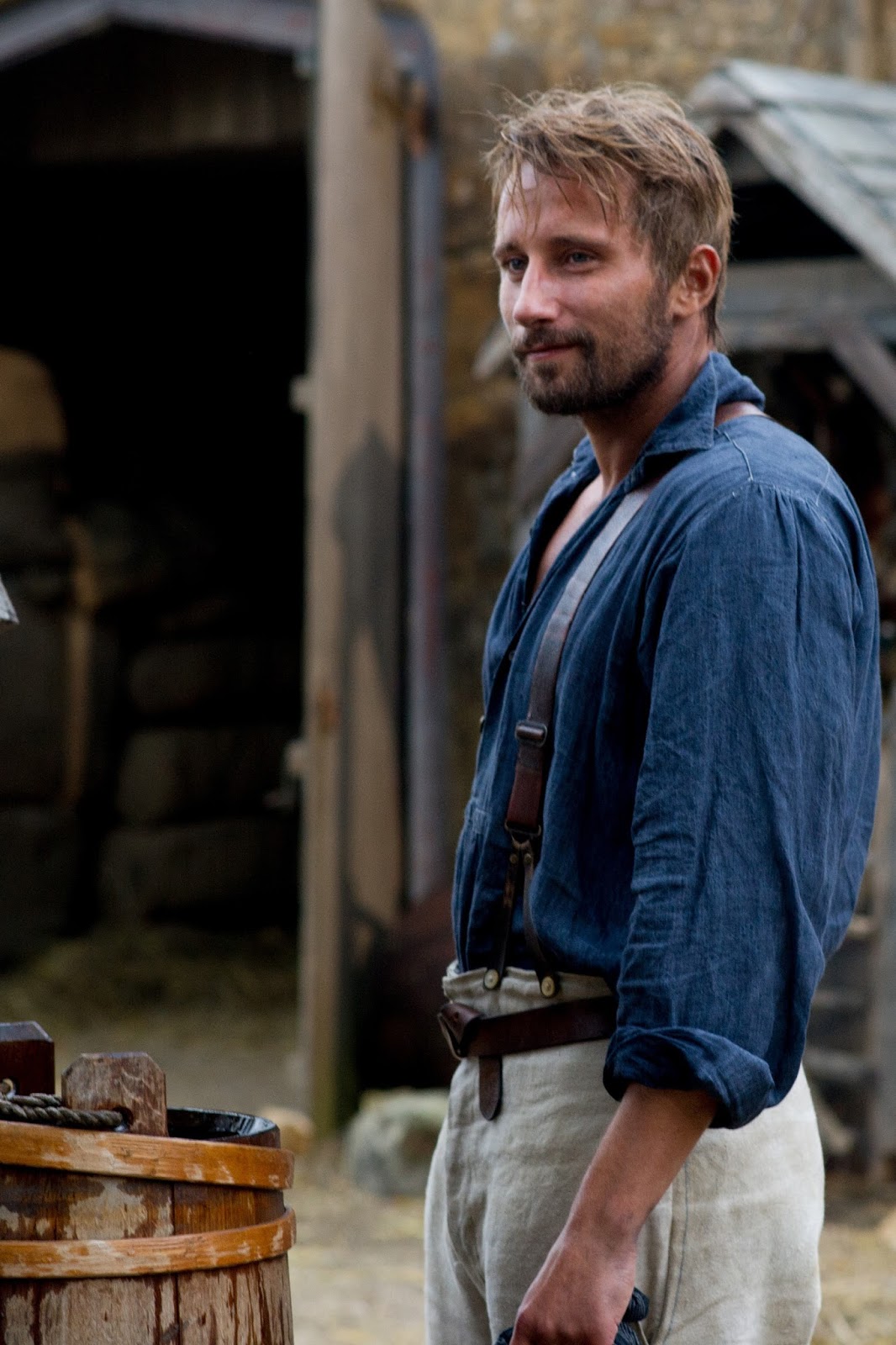 “Matthias is a man’s man and you can feel there is so much integrity in him,” says Vinterberg of Schoenaerts. “He’s a brilliant actor, he’s very sexy, and he’s amazing to work with. As Oak, he is that rock in Bathsheba’s world, but then again, he also has a real vulnerability in his eyes.”

Schoenaerts was keen to work with Vinterberg, and loved the director’s reasons for revisiting Hardy in our times. Says the actor: “I was curious as to why Thomas was so eager to make this film now,” he admits. “He had a very simple and very reasonable answer. He said ‘I think we need this kind of story right now because we live in very cynical times and we need a story that is about something else, and this is a beautiful one.’ His passion just radiated through his voice.”

The rough hewn physicality of Schoenaerts’ performance certainly seduced Carey Mulligan. “Matthias is such a brilliant actor that he had the essence of Oak the moment he came on set,” she says. “There is something astonishing about Matthias because he is so huge and domineering yet also very gentle. He had that sturdiness and reliability you want in Oak – and yet you feel he looks at you and sees straight through you.” 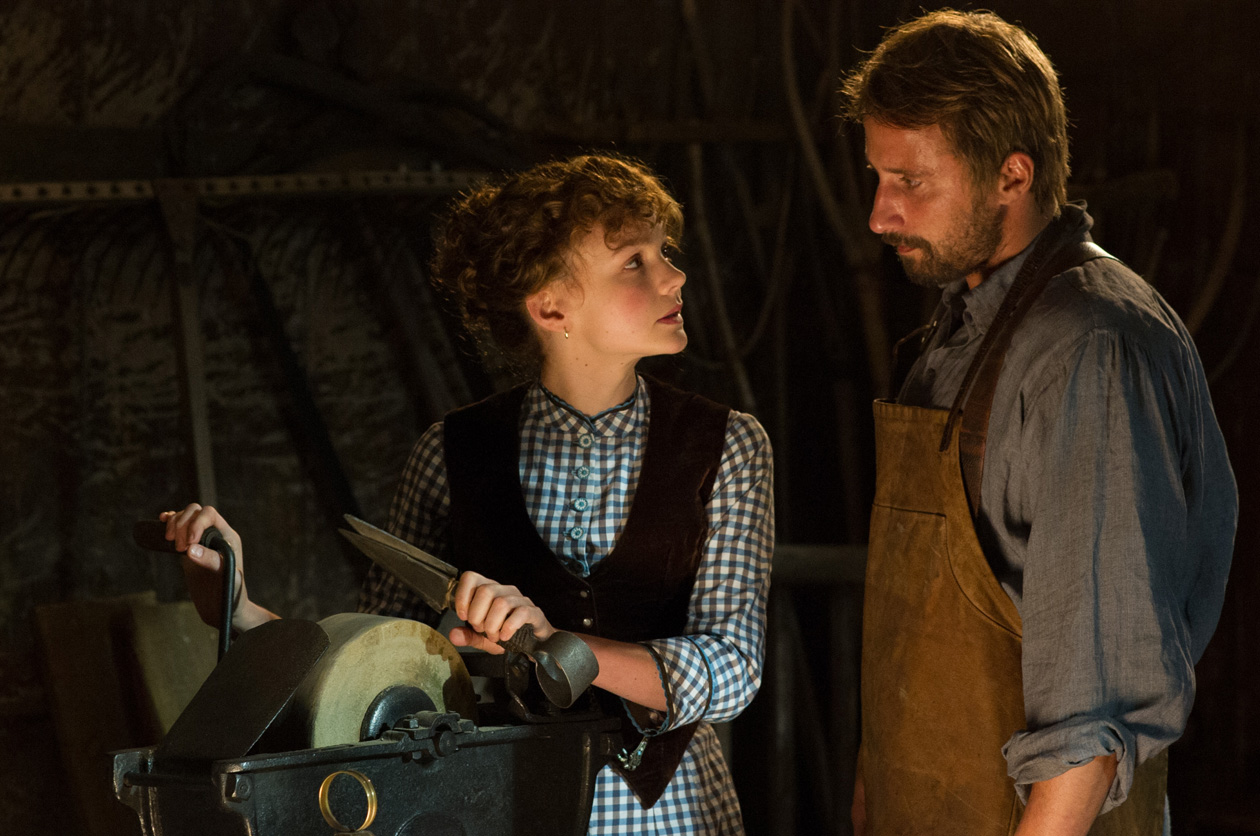 “Far From the Madding Crowd” opens this July 8 in cinemas from 20th Century Fox to be distributed by Warner Bros.

Leading Brands and MSMEs Gear Up for Shopee’s Highly-Anticipated 9.9 Super...