Pac-Man™ celebrated his 35th birthday in style around the world May 22. With the character coming to the big screen this summer in Sony Pictures’ “Pixels,” the studio joined in to celebrate with a global birthday party of epic proportions. From being launched to outer space, breaking a Guinness World Record for largest human image of the iconic game character, to a special greeting by tennis superstar Serena Williams from the French Open.

Watch the highlights of the celebration below.

“Pixels” is set for release in Philippine theaters nationwide on August 26, 2015. As kids in the 1980s, Sam Brenner (Adam Sandler), Will Cooper (Kevin James), Ludlow Lamonsoff (Josh Gad), and Eddie “The Fire Blaster” Plant (Peter Dinklage) saved the world thousands of times – at 25 cents a game in the video arcades. Now, they’re going to have to do it for real.

In “Pixels,” when intergalactic aliens discover video feeds of classic arcade games and misinterpret them as a declaration of war, they attack the Earth, using the video games as the models for their assaults – and now-U.S. President Cooper must call on his old-school arcade friends to save the world from being destroyed by PAC-MAN, Donkey Kong, Galaga, Centipede, and Space Invaders. Joining them is Lt. Col. Violet Van Patten (Michelle Monaghan), a specialist supplying the arcaders with unique weapons to fight the aliens. 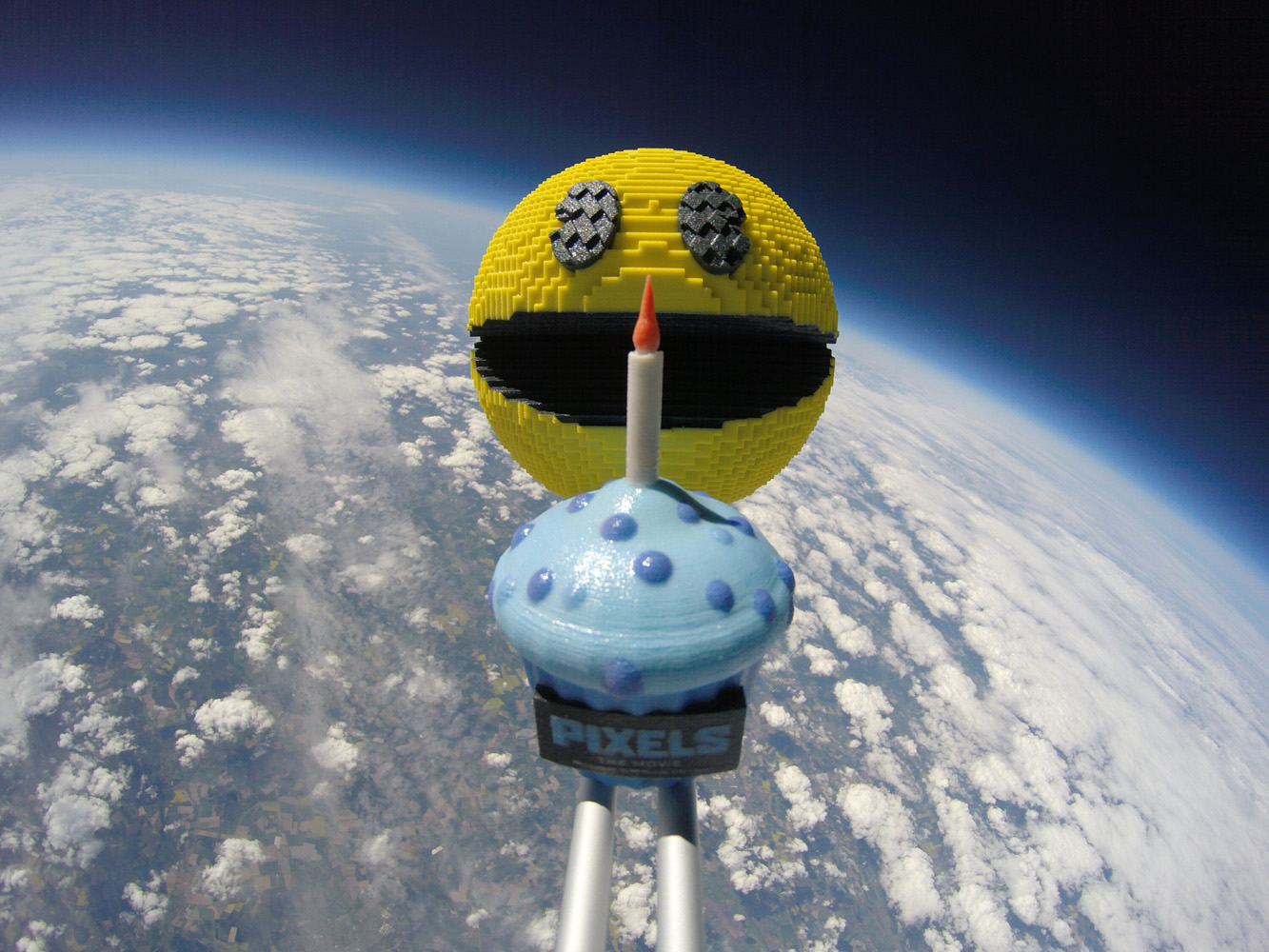 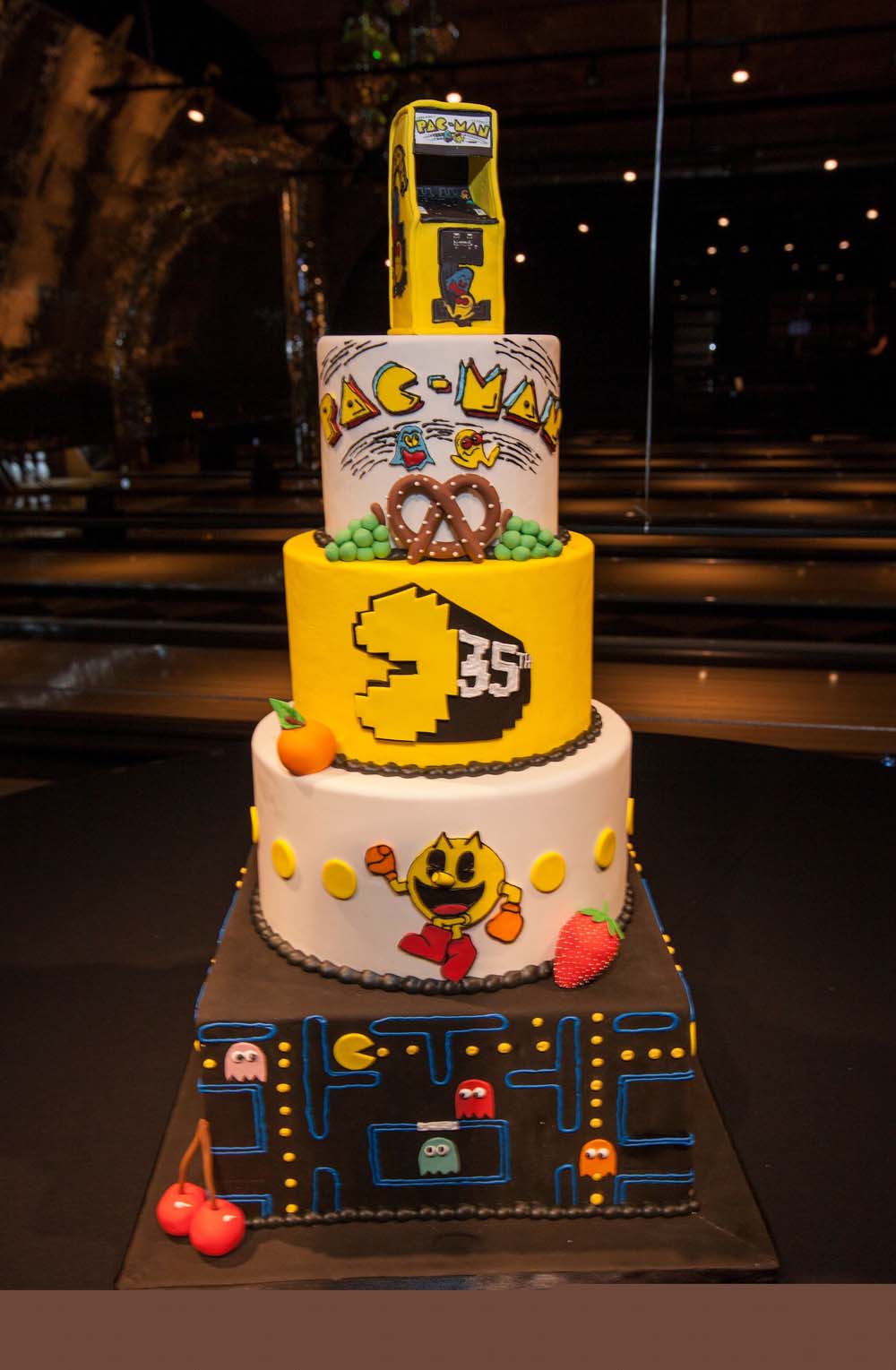 In Tokyo – the city of Pac-Man’s birth – audiences joined in the fun by successfully breaking the Guinness World Records™ title for the largest human image of Pac-Man on May 21, 2015. At the event at Tokyo Tower, actor Shingo Yanagisawa and popular comedian and social media sensation Naomi Watanabe joined hundreds of moviegoers to create the largest PAC-MAN ever created by human beings. 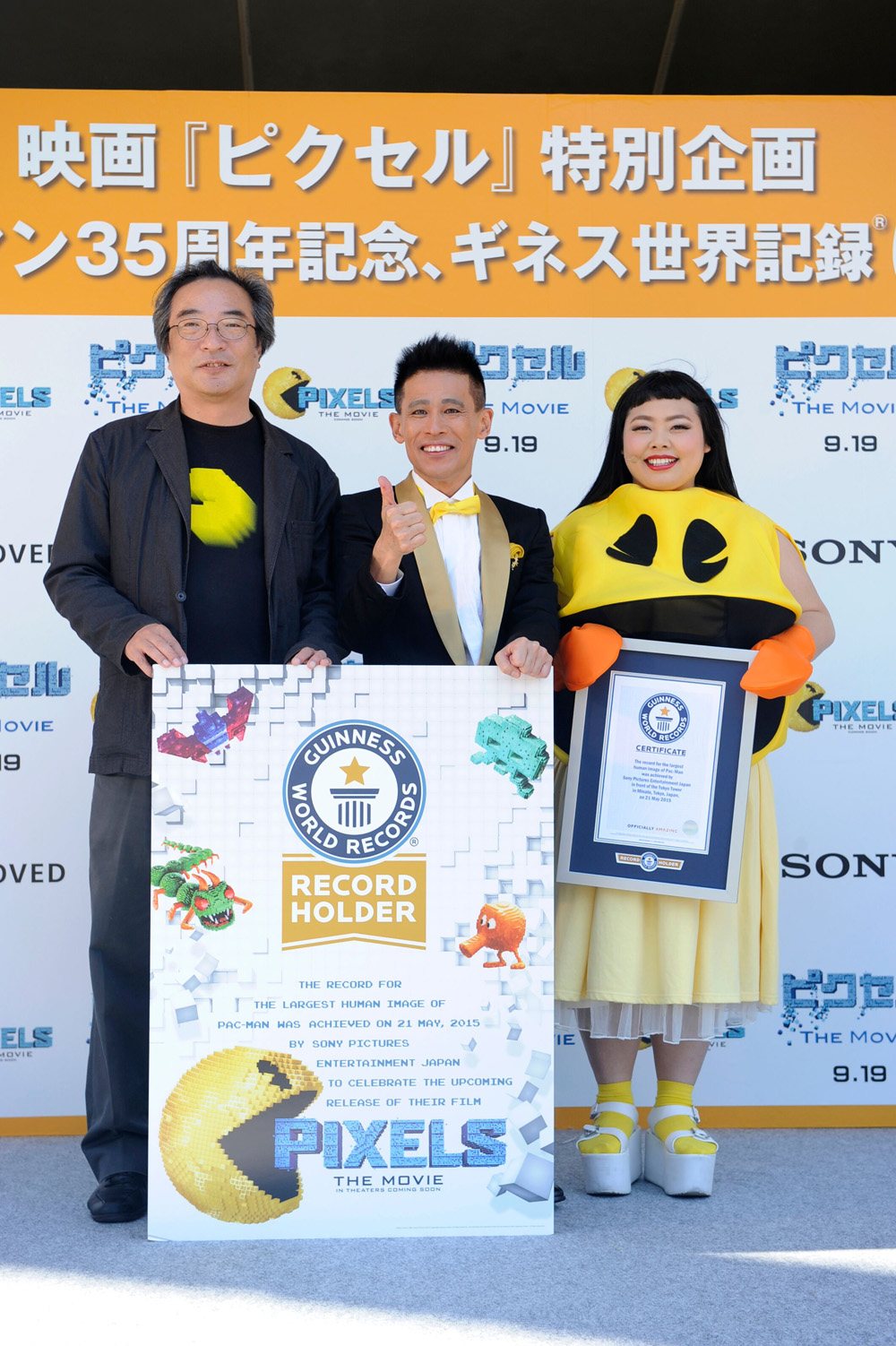 In Chicago, Professor Toru Iwatani, the creator of Pac-Man, and Bandai Namco Entertainment Inc. was at Level 257™, a brand new dining and entertainment facility created by Namco USA Inc. inspired by Pac-Man. A special 1980s-style event on Friday evening from 7pm-midnight included gaming industry VIPs, free game play including a chance to play the fabled 255th and 256th levels of Pac-Man, Pac-Man’s official 35th birthday cake, live performances of the 1982 hit song “Pac-Man Fever” by the original artist, Jerry Buckner of Buckner & Garcia and a personal appearance by Pac-Man himself!

In the UK, Pac-Man celebrated his birthday with a special thrill – he was launched into space. Pac-Man’s journey was captured by a special GoPro camera unit and shared on his birthday.

Finally, from Paris at the French Open, Serena Williams, who has a cameo role in Pixels, had a special birthday greeting for her co-star. 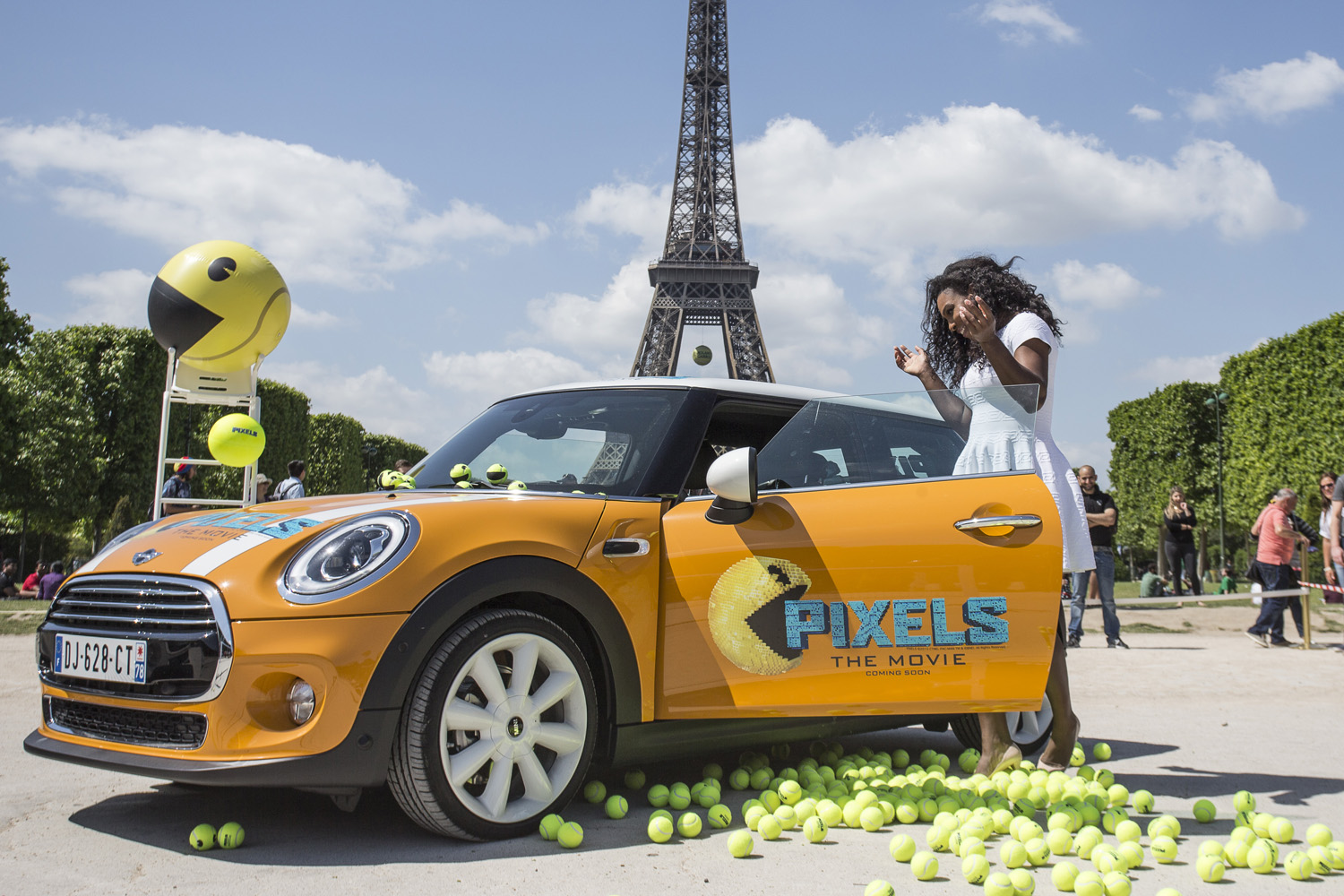