In the film, movie star Vincent Chase (Grenier), together with his boys, Eric (Connolly), Turtle (Ferrara) and Johnny (Dillon), are back…and back in business with super agent-turned-studio head Ari Gold (Piven). Some of their ambitions have changed, but the bond between them remains strong as they navigate the capricious and often cutthroat world of Hollywood.

Ever cruise Sunset Boulevard in a stretch limousine, and then hit the red carpet at a star-studded movie premiere? Stop by an impromptu party on the beach in Malibu, where the sun always shines and the cocktails flow? Score the best table at the hottest restaurant in town, no reservation required? And all the while, everywhere you go, gorgeous starlets wave as you pass by.

It’s everybody’s fantasy to live the Hollywood dream, but Vince, Eric, Drama, Turtle and Ari Gold really do, and they make it all look so easy. Boy, do the boys of “Entourage” know how to do it up and do it right, how to dream large—and live larger. 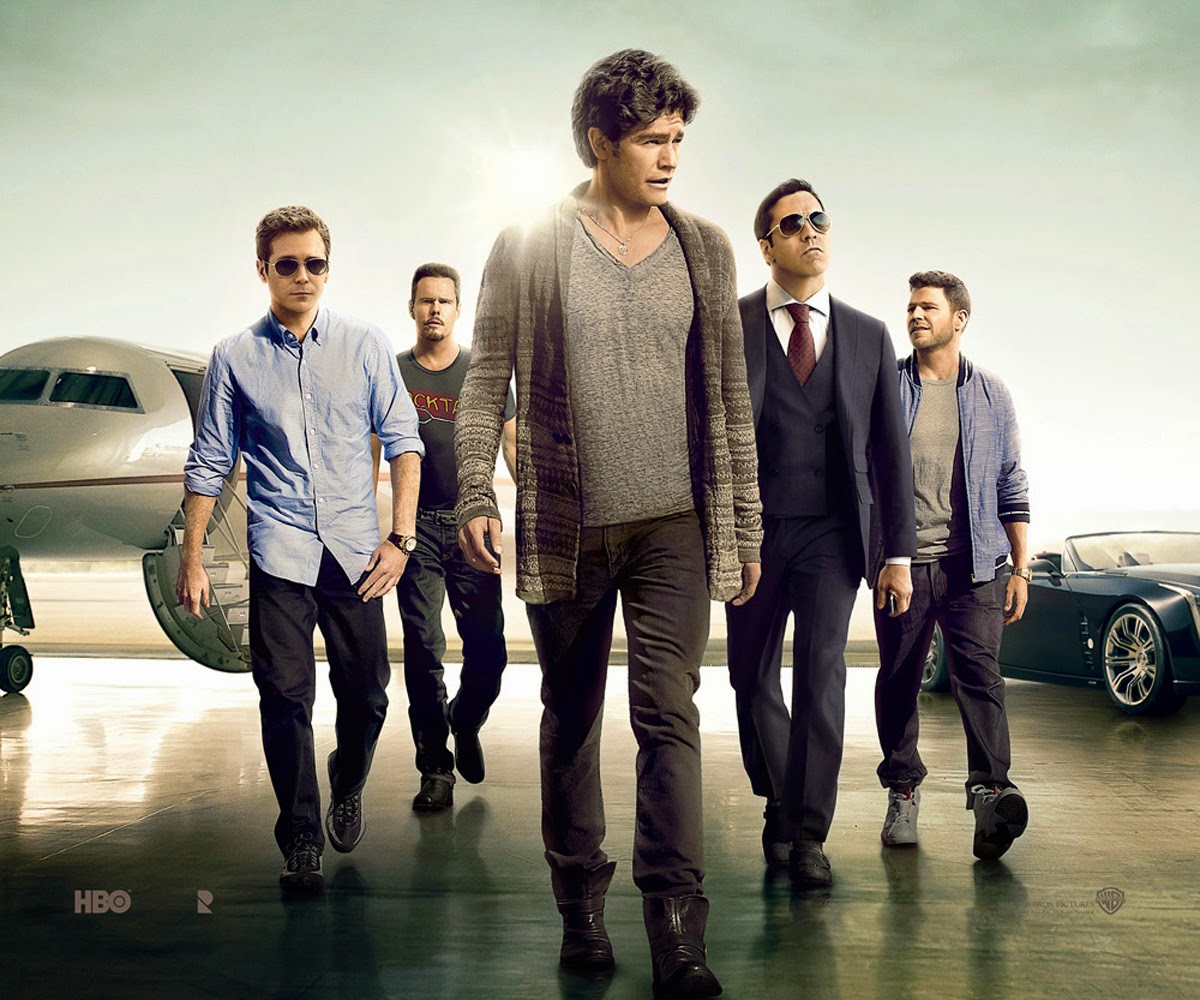 To take the guys and their enviable lifestyle of access and excess to the big screen,

writer/director/producer Doug Ellin, who created the hit HBO series on which the movie is based, knew that the feature film “Entourage” had to be even bigger—no small feat, considering all the ground they’d covered before. “Although the show was a big show with a lot of locations, I wanted to take it to another level for the movie, so it’s ‘Entourage’ on steroids, with glamorous yachts, planes and houses, and the stakes for everyone higher than ever.”

Despite the TV show’s popularity and its 26 Primetime Emmy Award nominations—including six wins in such categories as acting, directing, writing and outstanding comedy series—Ellin knew he not only had to up the ante, he also needed to reach moviegoers who may not have been series devotees. “The way we structured the film, you do not have to have seen one second of the show to enjoy it,” he conveys. “You’re instantly inside a movie star’s world and hanging out with him and his best friends, having fun, livin’ the dream.”

Rob Weiss, who co-wrote the story with Ellin, was happy to be involved in bringing these guys and their dream lives to moviegoers. “It’s always great working with old friends to bring other old friends back to life.”

Because the filmmakers had made a concerted effort to shoot with viewers’ aspirations in mind, the jump to the big screen felt almost like fulfilling the ultimate fantasy for the wish fulfillment-based concept.

Producer Mark Wahlberg, who served as an executive producer on the series and on whose life the idea for the original “Entourage” was loosely based, recalls, “When the show was on the air, fans couldn’t get enough of it; I’d get asked about it all the time. We’d always planned to make a feature length movie, and we knew in order to do it, it would have to make sense for all the characters. Doug found a way in: it’s the guys being the guys, along with all the great ‘Entourage’-style moments you got from the original, but bigger in every way.”