George Clooney leads the cast of Disney’s “Tomorrowland” as Frank Walker, once a dreamer and budding scientist, who isolates himself on the family farm, and living like a hermit surrounded by his unique inventions spawned from his growing sense of paranoia. When a young stranger shows up on his doorstep, Frank is forced to leave his secure world and deal with his past.

Director Brad Bird and screenwriter Damon Lindelof had only one man in mind to play the film’s lead character — the disillusioned inventor Frank Walker. “From very early on we described Frank as George Clooney-esque,” recalls Lindelof, “and whenever we would talk about actors for Frank, the thinking was: who’s like Clooney? We crossed our fingers and did our best job of writing it, infusing Frank with a curmudgeonly humor and a heroic quality, all of which we think George embodies. And then we sent it off into the universe.”

When approached, George Clooney was intrigued by the project and signed on—much to the delight of Bird and Lindelof. 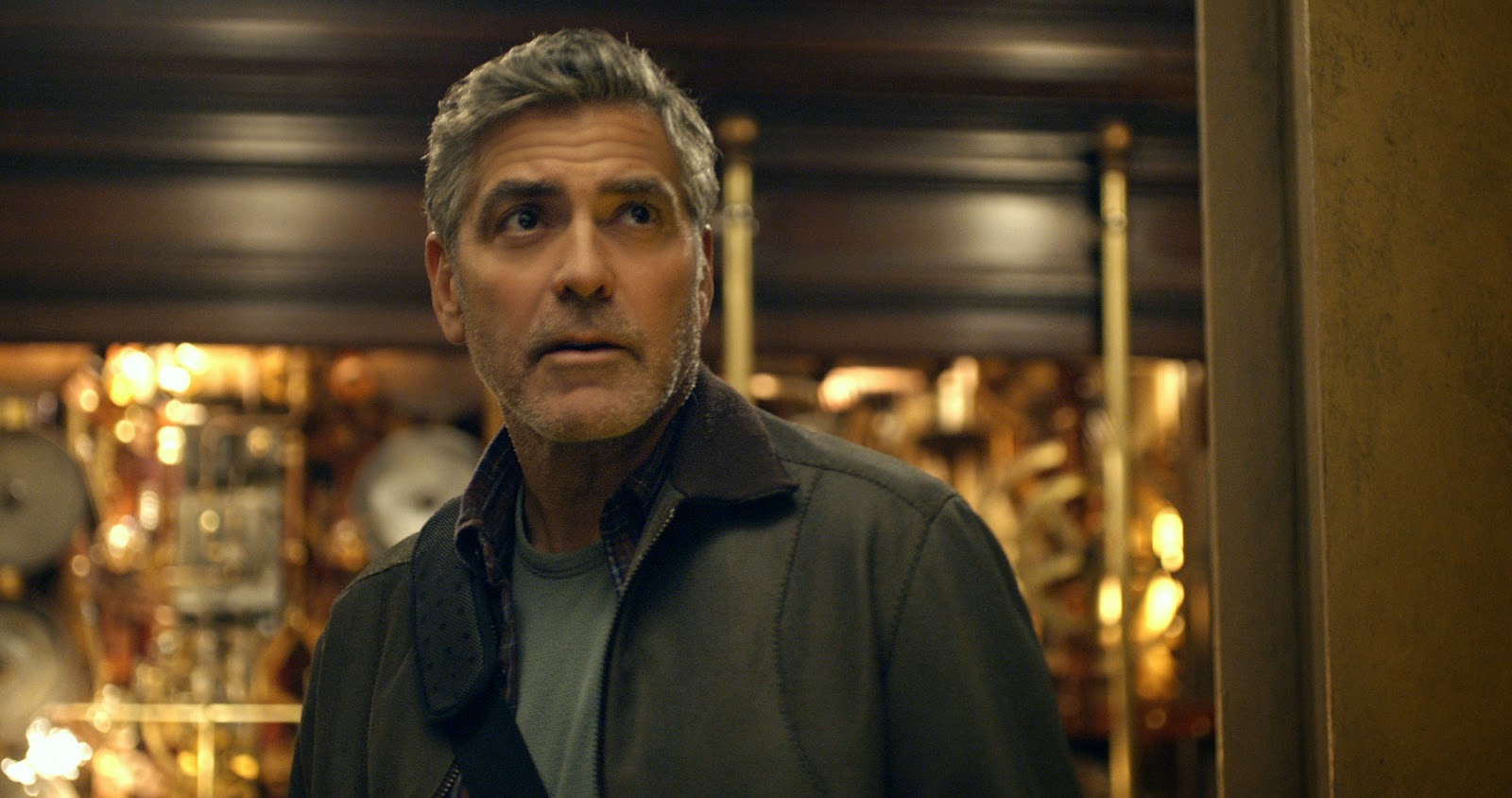 Clooney describes his character Frank as “a disenchanted grump who was a bit of a dreamer as a young boy, a smart little scientist kid. Young Frank goes to a place that he thinks is the greatest in the universe and he believes the world is going to be much better off because of it. He finds out that those things were untrue and becomes probably the most cynical person one could be. He isolates himself on his family farm and plans to spend the rest of his life there but is forced to deal with his past because of situations that happen in the film.”

In the movie, Frank Walker has an unwelcomed intrusion in the form of Casey Newton, played by Britt Robertson. Explaining the relationship between the two Clooney says, “Casey forces Frank to do everything he doesn’t want to do and she’s great at it. She’s just constantly nudging him. Frank is grumpy and angry, and it takes him a long time to trust anybody and certainly he’s not going to trust this young woman who storms her way into his life. But eventually they find their way.”

Clooney, says co-star Hugh Laurie, “was everything you hope George Clooney will be plus about ten percent. He’s extremely funny and kind, very bright and very hard working, and considerate of everybody around. Everything you’ve heard people say about him is true; it’s sort of maddening actually. He has an elegance about him that only enriches what he brings. He’s like an old friend. He engenders in an audience that wonderful feeling of comfort and affection. You know that this is a man of taste and intelligence and good humor, and that time in his company is going to be well spent. He’s an absolute gentleman and it was a wonderful privilege to work with him and get a front row seat as it were.” 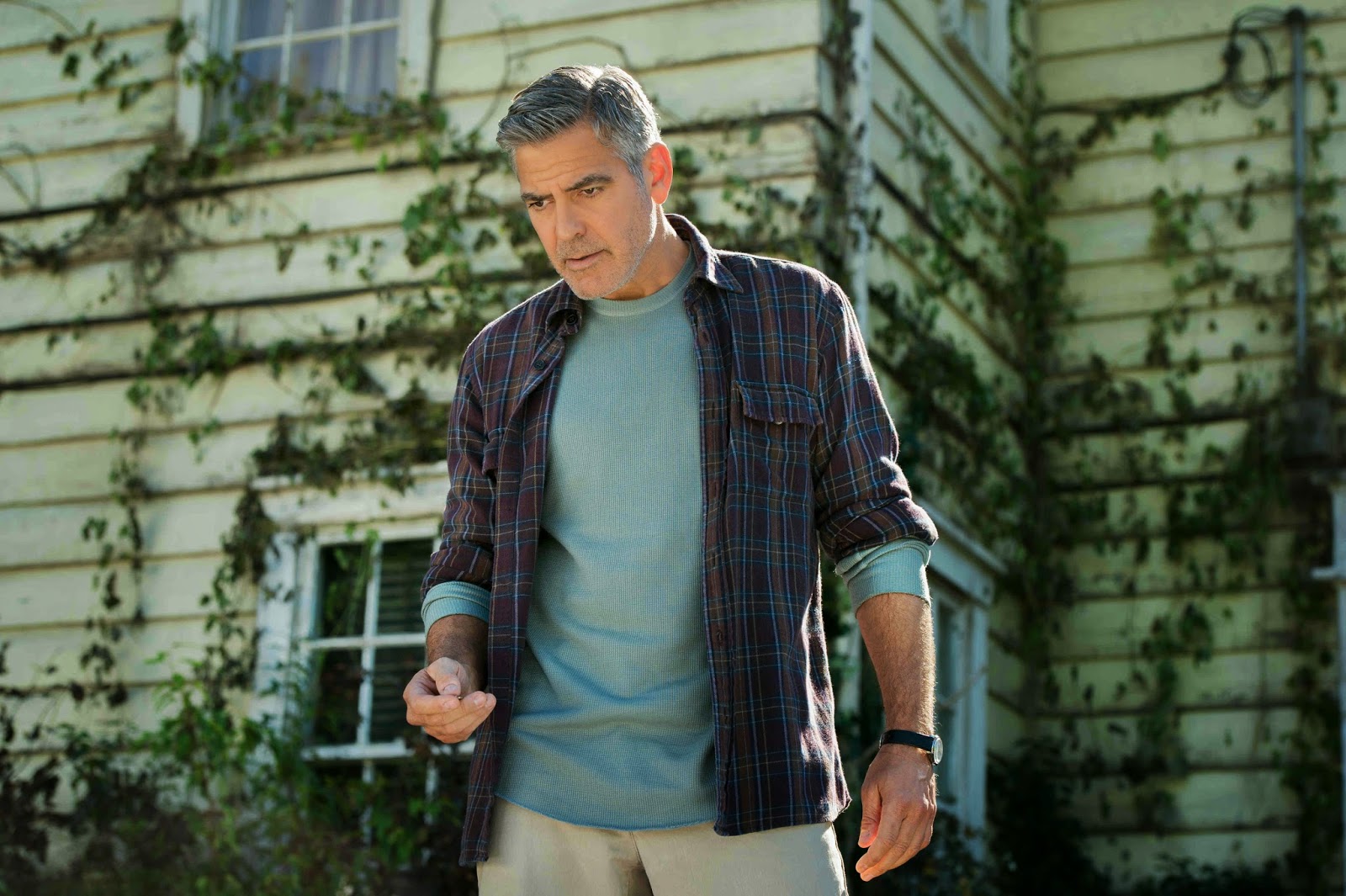 Not to be outdone, Clooney comments about Laurie, “Hugh’s got a very dry sense of humor and I’ve always really appreciated it. It was really fun to get to know him and spend time with him. It’s a real pleasure to be around somebody who does things because he wants to do them not because he has to. He‘s a fun guy but it’s also fun to have him there because he wants to be there.”

Laughing, Clooney adds, “He’s a first-rate, high-caliber man first of all and then a terrific actor, too, so there’s no downside to him except—I don’t want to say this aloud—he’s got a little kleptomania issue and it’s going to have to be addressed because I caught him coming out of my room with some of my belongings and I’d like them back.”

“COMET” To Hit Cinemas This February