New Line Cinema’s action-thriller “San Andreas” imagines the largest magnitude earthquake in recorded history. A seismic swarm along a previously undetected fault near Nevada’s Hoover Dam crosses the border to trigger California’s notorious San Andreas Fault, which erupts in a massive jolt that rocks Los Angeles to its core. But it doesn’t stop there. The shockwave travels up the fault line, setting off a ripple effect of chaos and destruction all the way to San Francisco.

It was the fusion of wide-scale calamity and intensely personal connections that drew Dwayne Johnson and director Brad Peyton to the project, while it was still in the latter stages of development with producer Beau Flynn. The three had previously collaborated on the worldwide hit “Journey 2: The Mysterious Island,” and welcomed the chance to work together again on such a vastly different story where everything – the action, the scale, and the emotional beats – is amplified.

Says Peyton, “This is different from anything I’ve done before. It was more demanding in its larger-than-life elements but also in striking that tonal honesty. I wanted the characters to ring true so audiences could see it through their point of view as opposed to standing back and witnessing it from a safe distance. Because, as impactful as the action is, at the heart of every story are people you care about.” 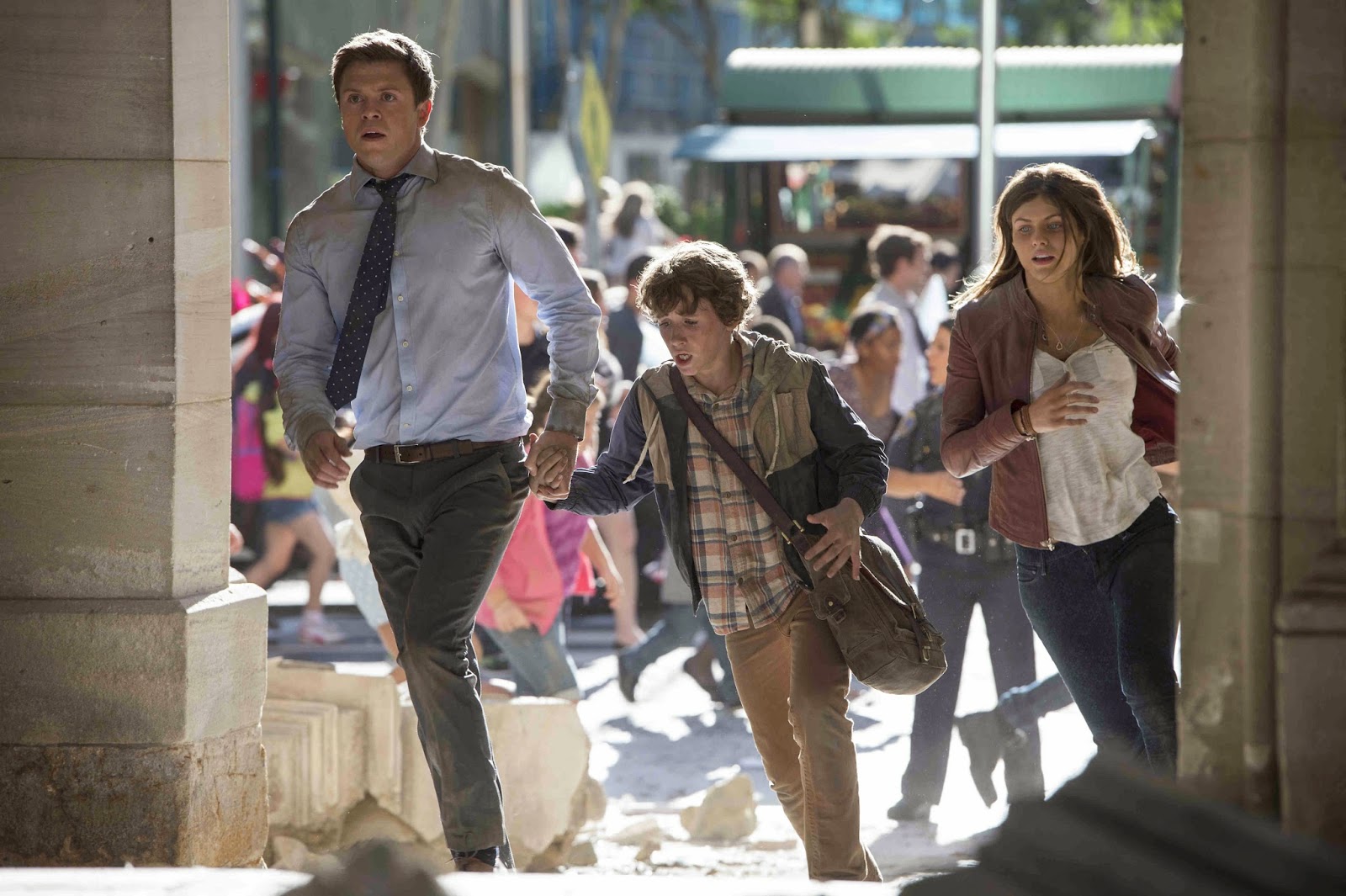 The idea for “San Andreas” originated with Flynn, a longtime fan of classic disaster films who was eager to update the genre with today’s 3D capabilities and cutting-edge technology to create photorealistic images. Beyond that, he concedes, “The reason this movie resonates so much with me is that within three weeks of my moving to Los Angeles, the Northridge earthquake hit. I had never even felt a tremor before, and to experience a major earthquake was terrifying, powerful. It makes you feel very small and humble. I was always fascinated by the San Andreas Fault, specifically, even though I grew up in Miami, 3000 miles away. It’s just something I think people are aware of, consciously or not. It’s in the zeitgeist.”

To keep audiences on the edge of their seats, the filmmakers raised the cinematic stakes on “San Andreas.” Applying creative license to a real-world threat, the story’s far-reaching scenarios aim for a heightened sense of action and drama. Nevertheless, while not everything depicted on screen is fact-based, the film still acknowledges the reality behind it. 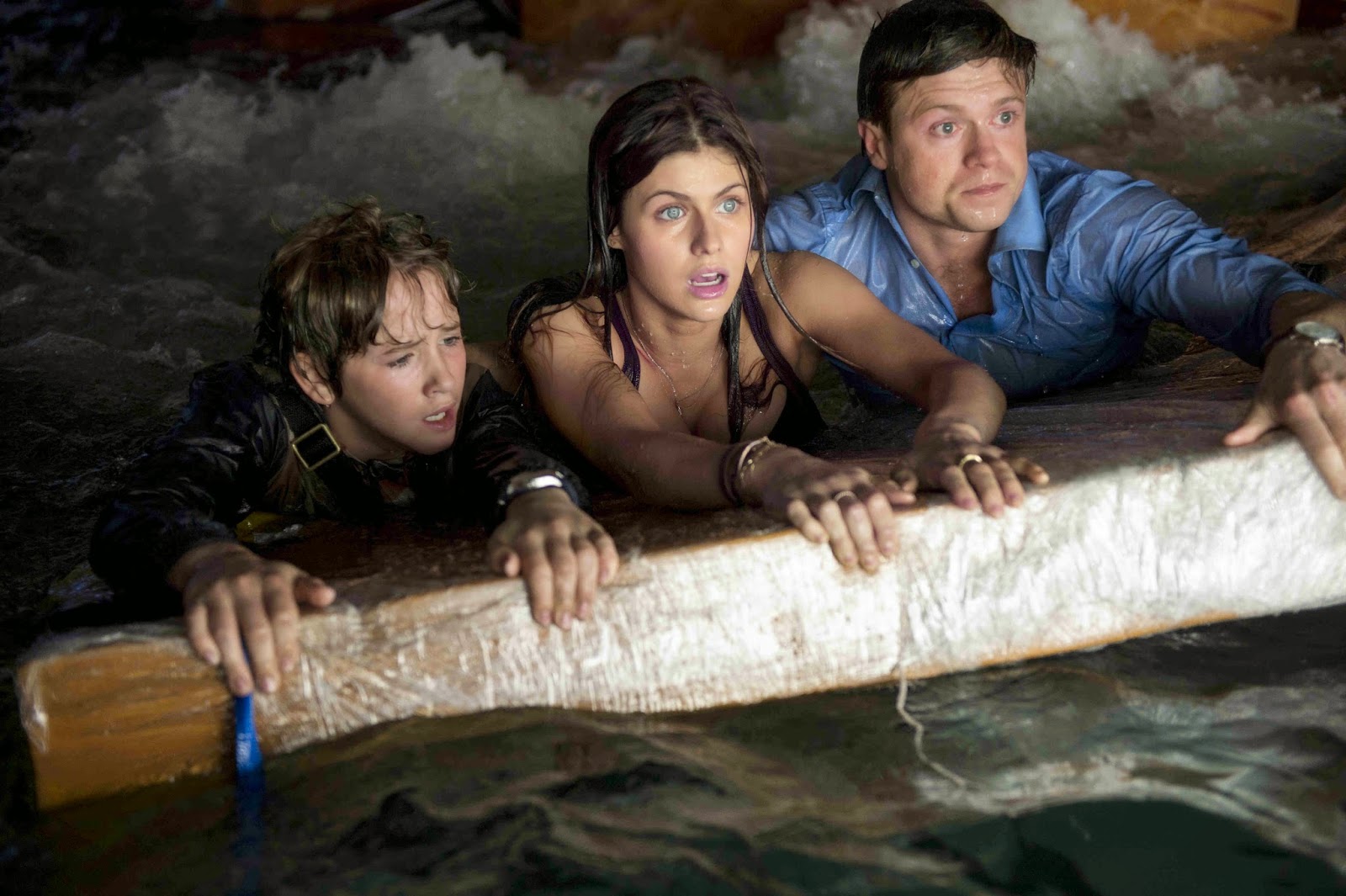 In March 2015 the U.S. Geological Survey estimated the odds of California experiencing a magnitude 8 or greater seismic event in the next 30 years has increased, as has the possibility of multi-fault ruptures, like links in a chain. Attention has long been focused on the infamous San Andreas but there are others steadily building pressure, including the Puente Hills Fault, running from Orange County to downtown L.A., and the underwater Cascadia Subduction Zone, from Northern California to Vancouver Island, with its potential to set off coast-engulfing tsunamis. Quakes have recently been reported in Nevada, Virginia, Oklahoma, Missouri and previously unidentified hot-spots across the country, and remain a global fact of life – with a USGS estimate of approximately 500,000 detectable quakes around the world each year, 100,000 of which can be felt and as many as 100 that will cause damage.

“I took all my own fears and translated them into the script,” says screenwriter Carlton Cuse, “knowing Brad would execute every sequence at a very high level, and he exceeded my expectations.”

Within the broad canvas of a catastrophic quake, “San Andreas” finds its heart in the deepest instincts such an unpredictable and uncontrollable force of nature provokes: our need to reach out to others and to confirm what’s most important to us. “Disasters have a way of bringing out the best in people,” Peyton suggests. “Individuals gain focus and find strength. Ordinary people become heroes, while heroes push themselves to the limit.”

Concludes Flynn, “I think it’s fair to say no one knows exactly what they would do when faced with a fight-or-flight scenario, and that’s something we explore in the movie.”