The genetically-enhanced dinosaurs are front and center of the three, new “Jurassic World” one-sheets released by Universal Pictures.

The posters separately feature Bryce Dallas Howard squaring off with a dinosaur, a gigantic aquarium where a dinosaur and a shark are chasing underwater, and lastly, Chris Pratt riding on his motorcycle amid a group of raptors. 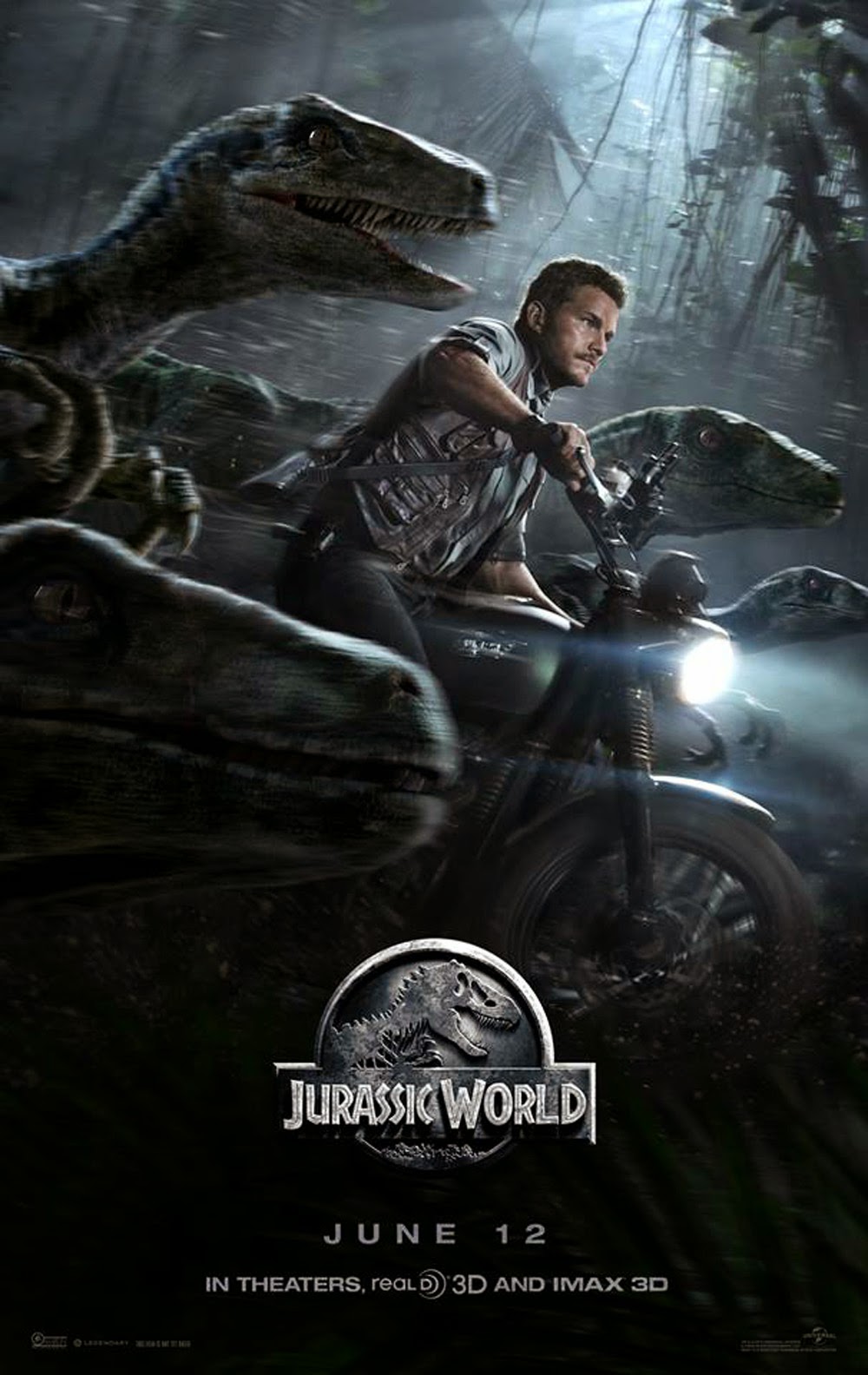 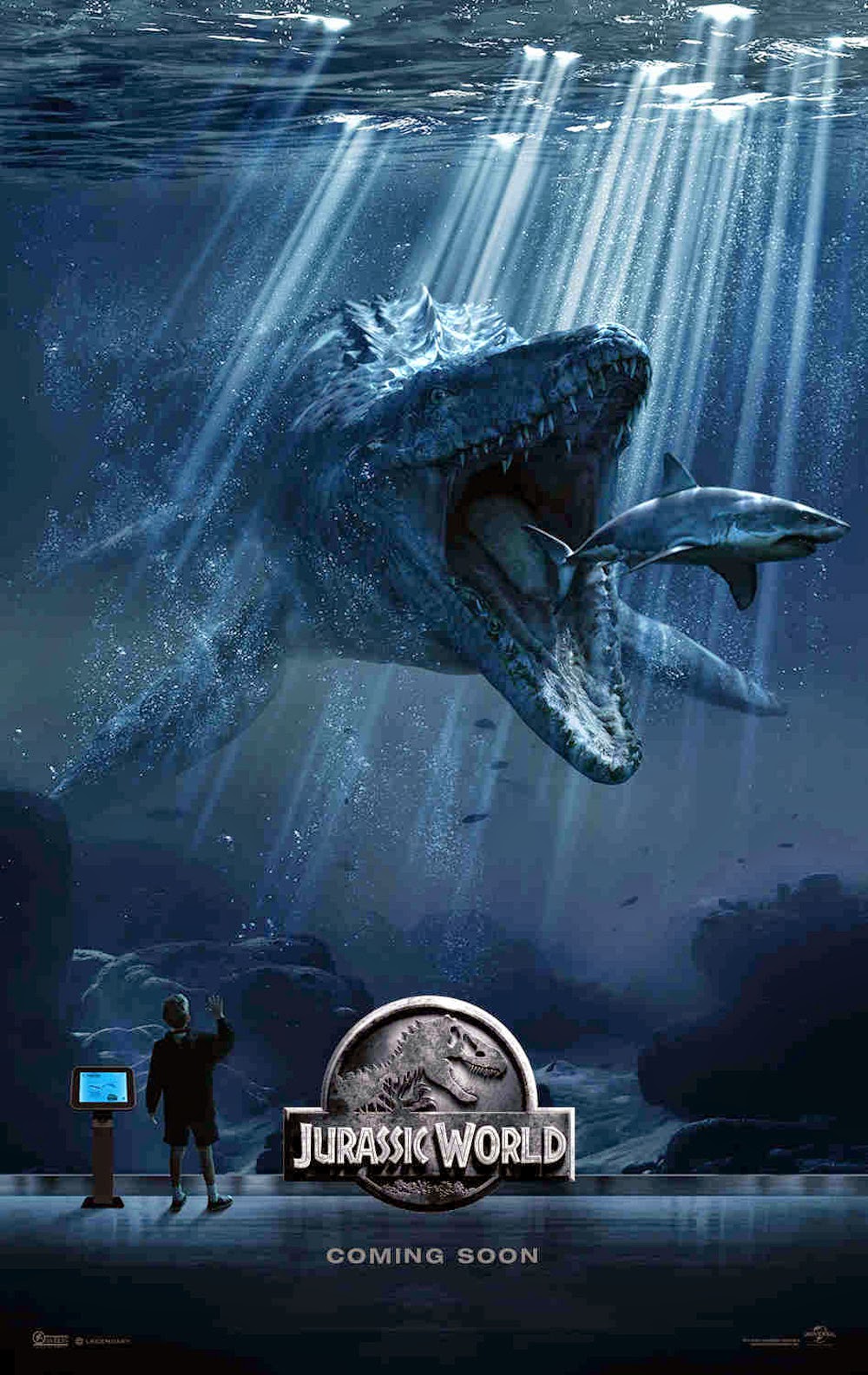 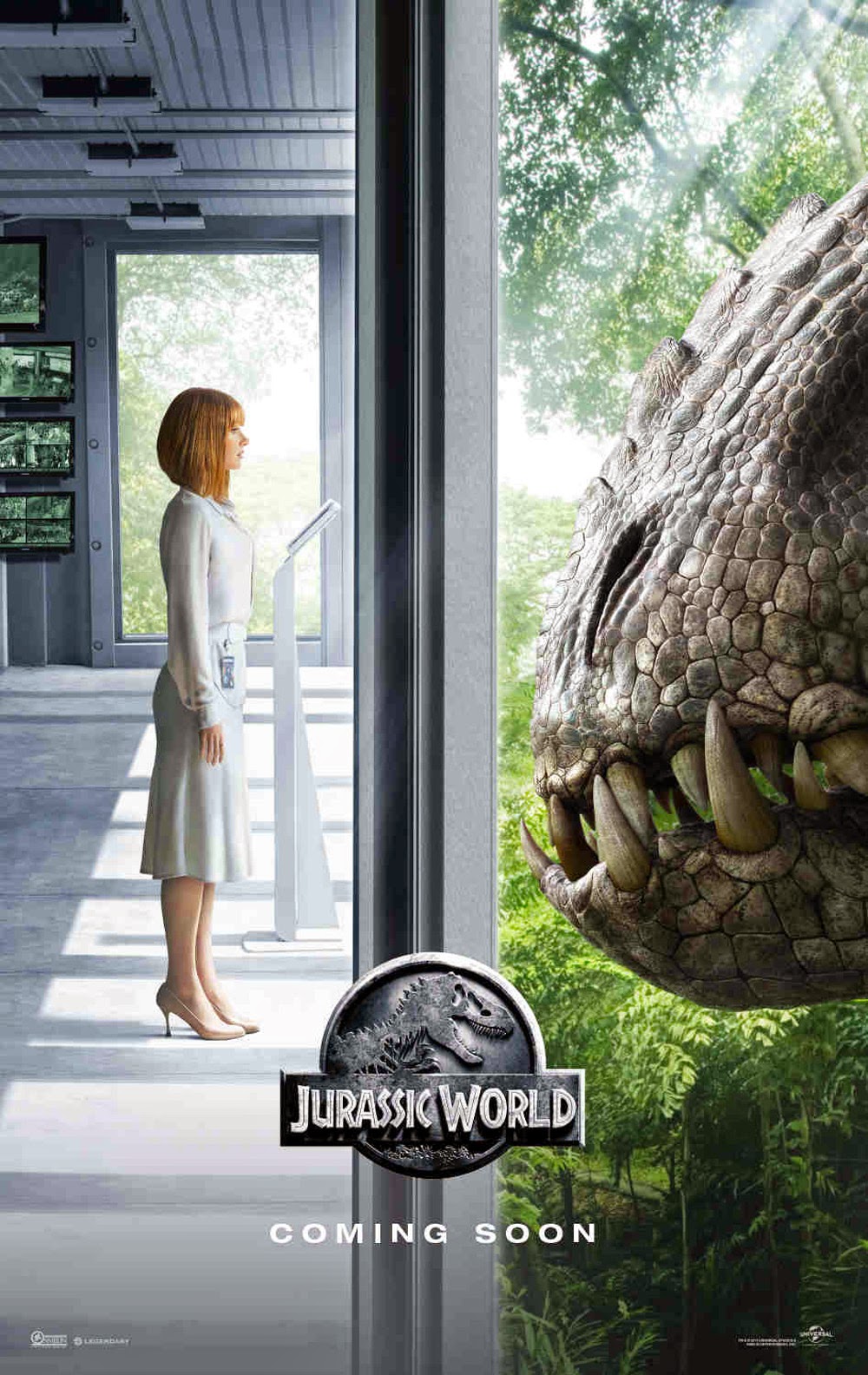