Injecting new twist on the serial killer movie genre, acclaimed graphic novelist Marjane Satrapi helms “The Voices” with a perfectly pitched cast led by Ryan Reynolds along with Gemma Arterton and Anna Kendrick in a story so unique about a misfit who walks on a very thin line between being the protagonist and antagonist.

In “The Voices,” Reynolds stars as Jerry Hickfang who works at a bathtub factory and attempts to walk the straight-and-narrow, in spite of his talking pet dog and cat trying to influence him. When he accidentally kills an attractive woman from accounting (Arterton), he hastily tries to cover his tracks. But Jerry is beyond the reach of his well-meaning psychiatrist Dr. Warren (Jacki Weaver) and Lisa (Anna Kendrick), the only woman he ever truly loved, and spirals into a world of violence where he ultimately finds salvation.

Director Marjane Satrapi typically only works on pieces she has written, but “I just couldn’t put the script down,” she recalls. “I thought that it was an extremely ambiguous, very unique story. This crazy world of Jerry’s was one of the best descriptions of schizophrenia that I ever read. I don’t like so much to film reality because I live in reality. I prefer, when I have the opportunity, to create a whole world around something.” 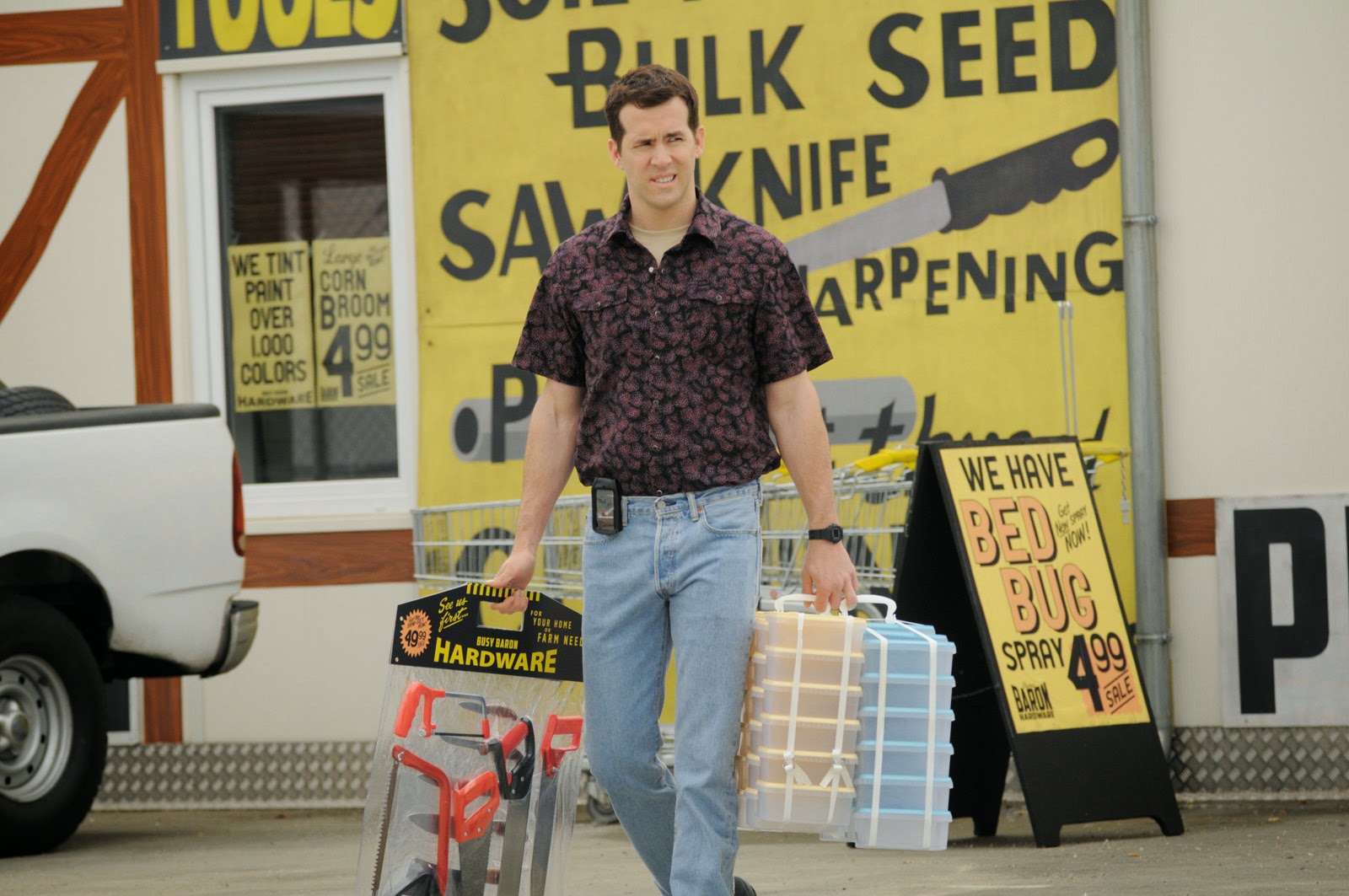 “What Jerry wants in life is to be accepted and to be seen by people as a good person, somebody worthy of their friendship, but ultimately he is one of the loneliest guys on earth,” explains Ryan Reynolds of his character, who has no family and lives above a derelict bowling alley at the edge of a small town in Michigan. “He is something of a misfit and throughout the course of the movie we find he has a lot of demons and a lot of baggage that he carries around with him all day. He strives to be a good person but walks that thin line between protagonist and antagonist.”

“I was attracted to the idea that Jerry has these dual natures, the proverbial angel and devil on his shoulders,” continues Reynolds. “Mr. Whiskers, who is kind of a Scottish mercenary and the voice of destruction and violence, and Bosco, who sounds a bit like a dim southern gentlemen that voices kindness and compassion, are Jerry’s cat and dog, his dueling natures, he listens to each of them. I don’t think he particularly likes the cat, but Mr. Whiskers serves a purpose in his life and Jerry’s warped mind keeps him safe.” 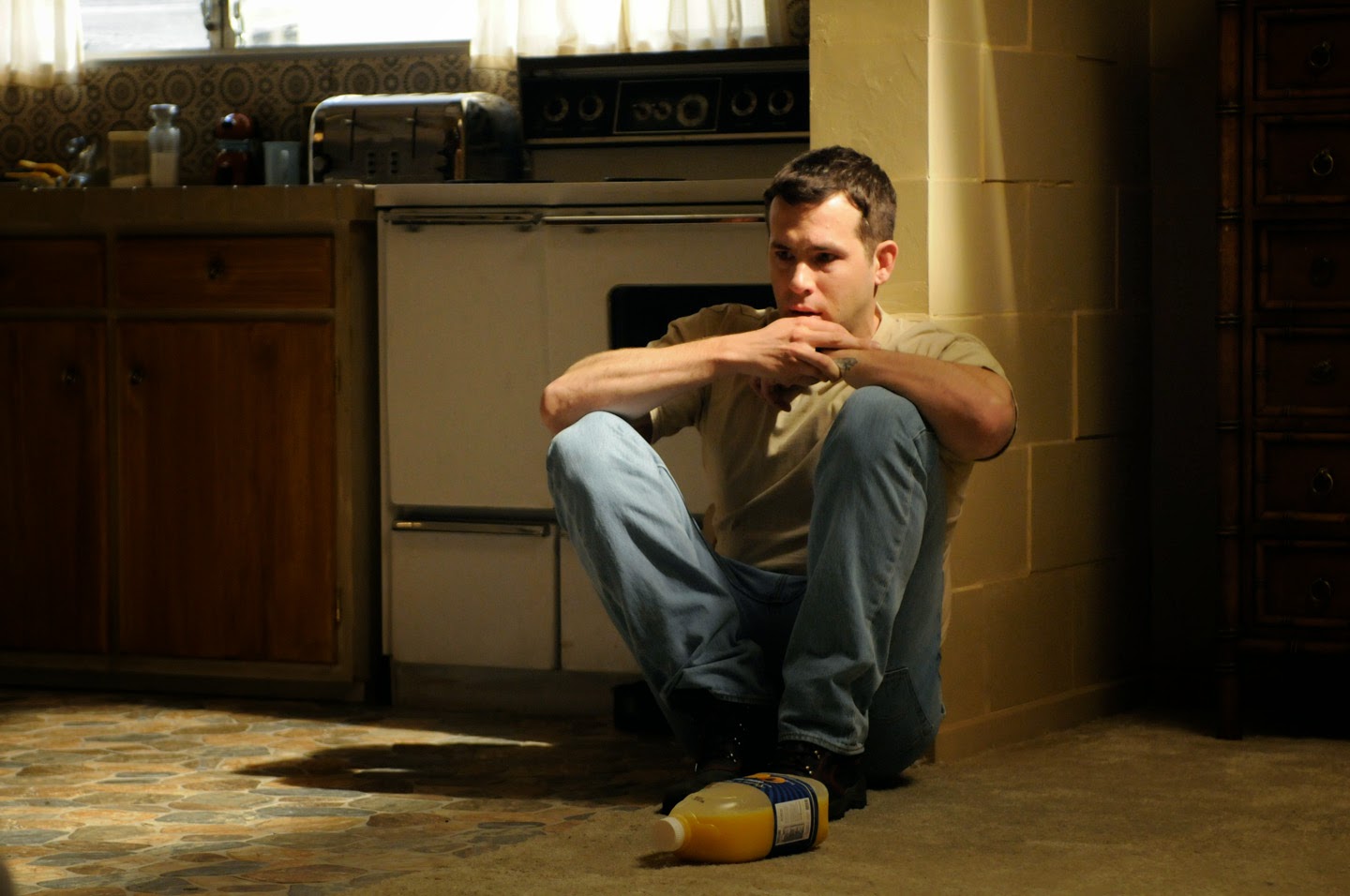 Producer Adam Stone further enthuses on the film’s uniqueness, “It’s not just a thriller, or just a comedy or just a fantasy,” whose Mandalay Vision focused on the script when it appeared on The Hollywood Black List three years ago. “It’s a completely original screenplay that’s not formulaic; you don’t know if you should laugh or cry, and I love that!” Adds producer Matthew Rhodes, “I love psychological thrillers and THE VOICES is unique in that it makes you think, really makes you feel, as we follow Jerry down the rabbit hole and discover he is not the person he thought he was. He struggles because he doesn’t want to be evil.” 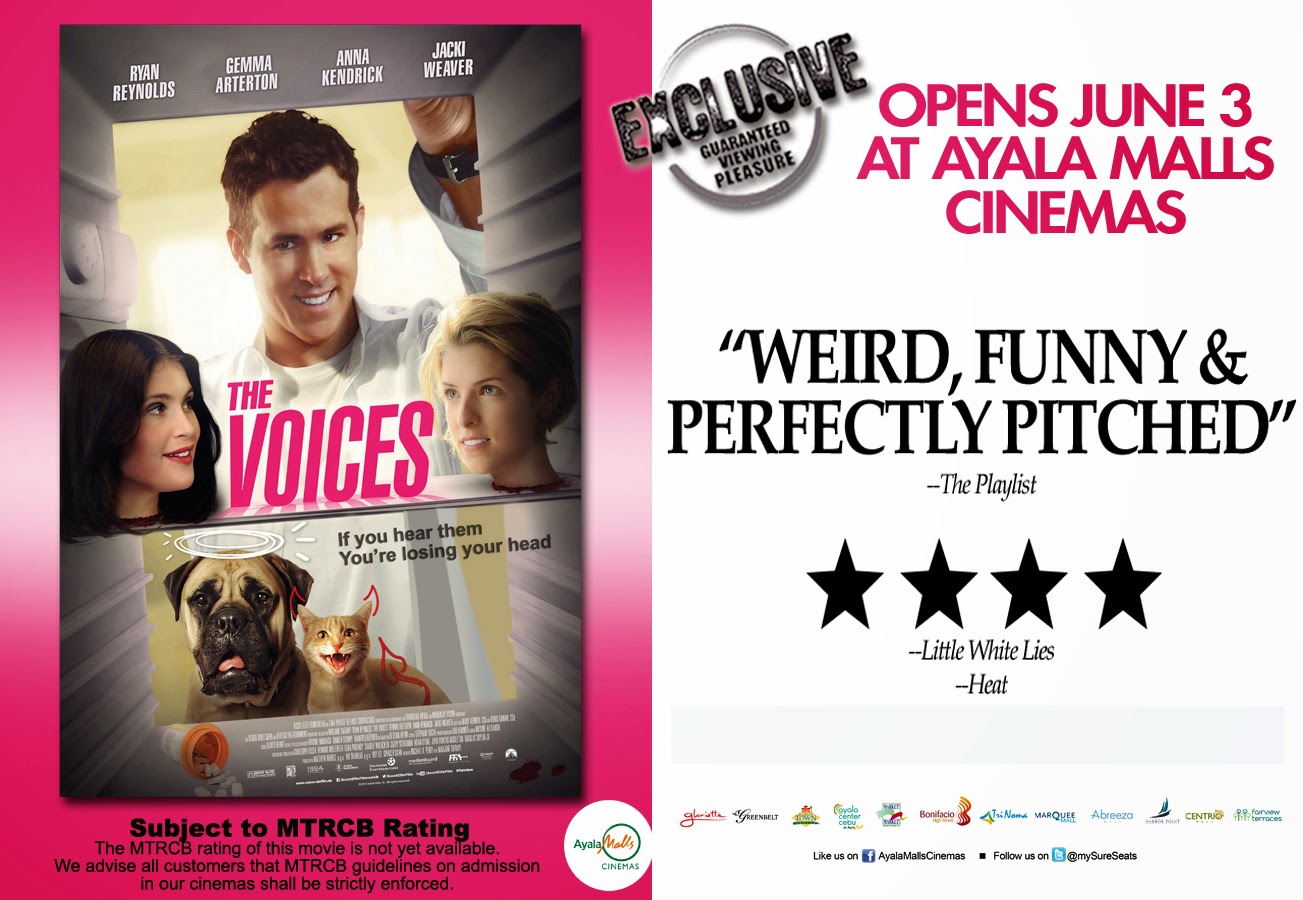 “The Voices” will open this June 3 exclusively at Ayala Malls Cinemas nationwide. Visit www.sureseats.com for schedules and more exciting news and promos.