“Poltergeist” is director Gil Kenan (“Monster House”) and producer Sam Raimi’s (“Spider-Man” trilogy) 3D, contemporary take on writer Steven Spielberg and director Tobe Hooper’s 1982 classic, about a family whose youngest daughter is abducted by a poltergeist shortly after moving to a suburban neighborhood. Starring Rockwell as down-on-his-luck former minor-league baseball player Eric Bowen, it’s the story of an ordinary family dealing with extraordinary circumstances. When these angry spirits abduct Madison, their six-year-old, Eric and his wife Amy [Rosemarie DeWitt] recruit a team of scientists and psychics – including the clairvoyant reality star Carrigan Burke (Jarred Harris) – to get her back.

“Poltergeist” updates an iconic brand, creating a classic haunted house tale that plays to our innermost fears. It presents a family like ours, in a house like ours – but one that finds itself caught in an otherworldly trap. Both this year’s Poltergeist and the 1982 original give audiences a rollercoaster ride of thrills and fright with a story about the abduction of a family’s youngest child by supernatural and increasingly hostile forces. The rest of the clan then wages a gruelling battle to get her back safely. 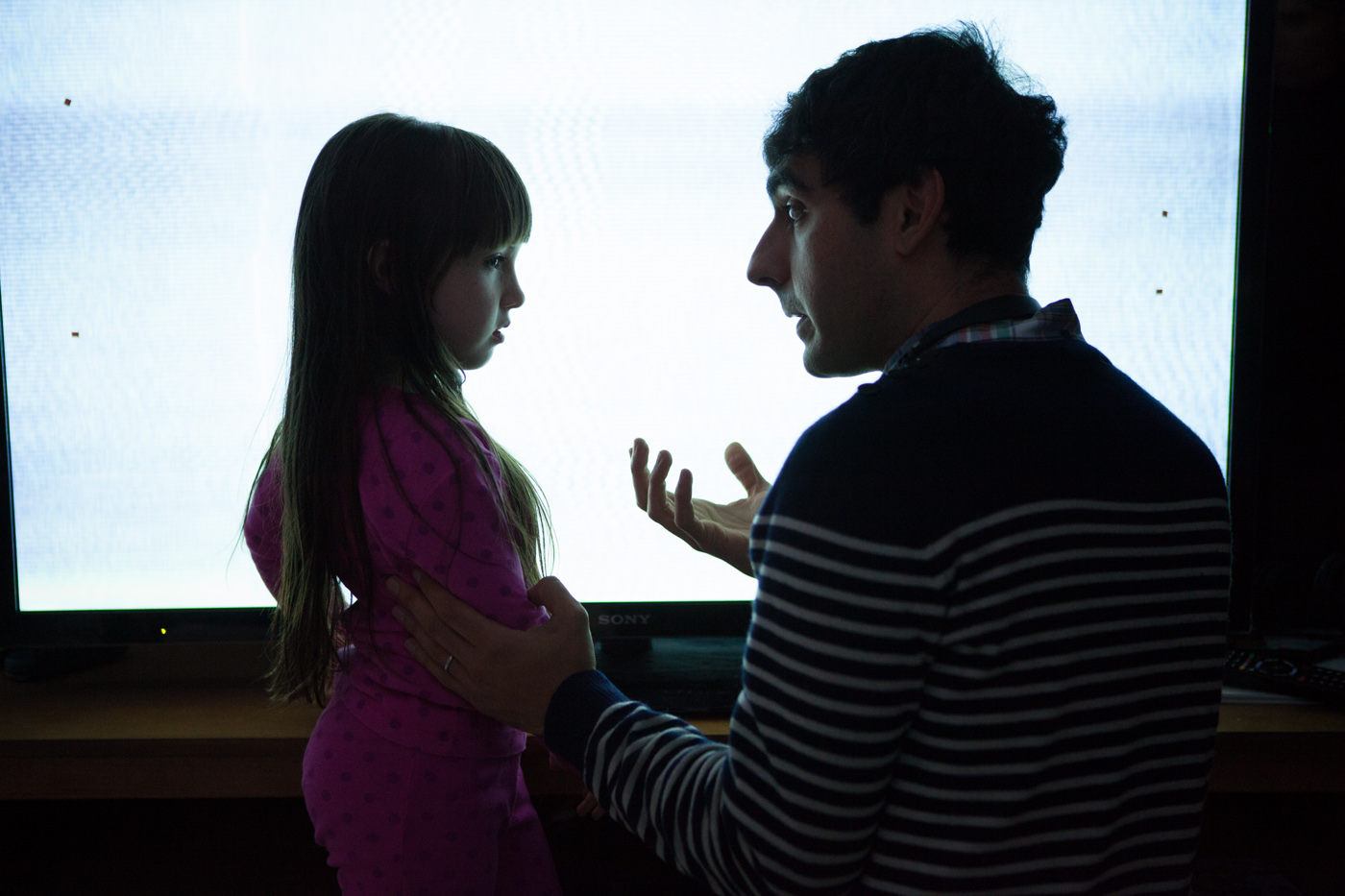 The house itself embodies both light and darkness. Initially, it is the saving grace for this hard-luck family, but it quickly turns menacing. In “casting” the house, the production searched a wide area until they located the perfect one in a suburb in Hamilton, Ontario, a demographically diverse area. According to production designer Kalina Ivanov, not only did the house chosen by the filmmakers embrace the “blandness of modern architecture,” it also included a familiar suburban color scheme – “a symphony of beige,” as she calls it. Ivanov goes on to explain that the neighborhood had to have high-intensity power lines, which are integral to the film’s supernatural-themed plot.

However, even before the film’s production wrapped, the Poltergeist filmmakers experienced various unexplained occurrences during the making of the movie.

Sam Raimi explains: “The big open field directly behind the house caused us some grief. Gil was drawn to this field because it was the only area untouched in the neighborhood, so it really stuck out. However, that open space seemed to interfere with our on-set radio microphones, personal cell phone transmissions, and the signals between the drone cameras and their operators. The drone would work perfectly everywhere else but would crash whenever it attempted to fly over this area. It was a disconcerting feeling at best.” Then there were the on-set “poltergeists” that plagued the production. To deal with the unwanted visitors, the filmmakers called in Brenda Rose, a Cleveland-based seer who connects with the paranormal. Rose uses a number of techniques to detect and cleanse a place from unwanted spirits. “I help people navigate their lives in the most efficient way by insightful readings and that can look like a lot of things from numerology cards to personal energy,” she says. “How spirits make themselves known changes from spirit to spirit; sometimes there’s just something from the corner of your eye and other times it’s something actually trying to get your attention. When I’m in a session and open for spiritual business they can come from the left or right side. It ranges from organized chaos to just plain chaos, much like the family experiences in the movie.”

Tying directly to Poltergeist, Rose notes that, “usually when spirits get lost, they need a bit of guidance to find their way back to their destination.”

But Poltergeist’s other-world denizens are not your typical ghosts. As Jared Harris’ character Carrigan Burke notes, “This isn’t just a few pissed off spirits we’re dealing with…”

“Poltergeist” (available in 2D and 3D) opens June 24 in cinemas nationwide from 20th Century Fox to be distributed by Warner Bros.