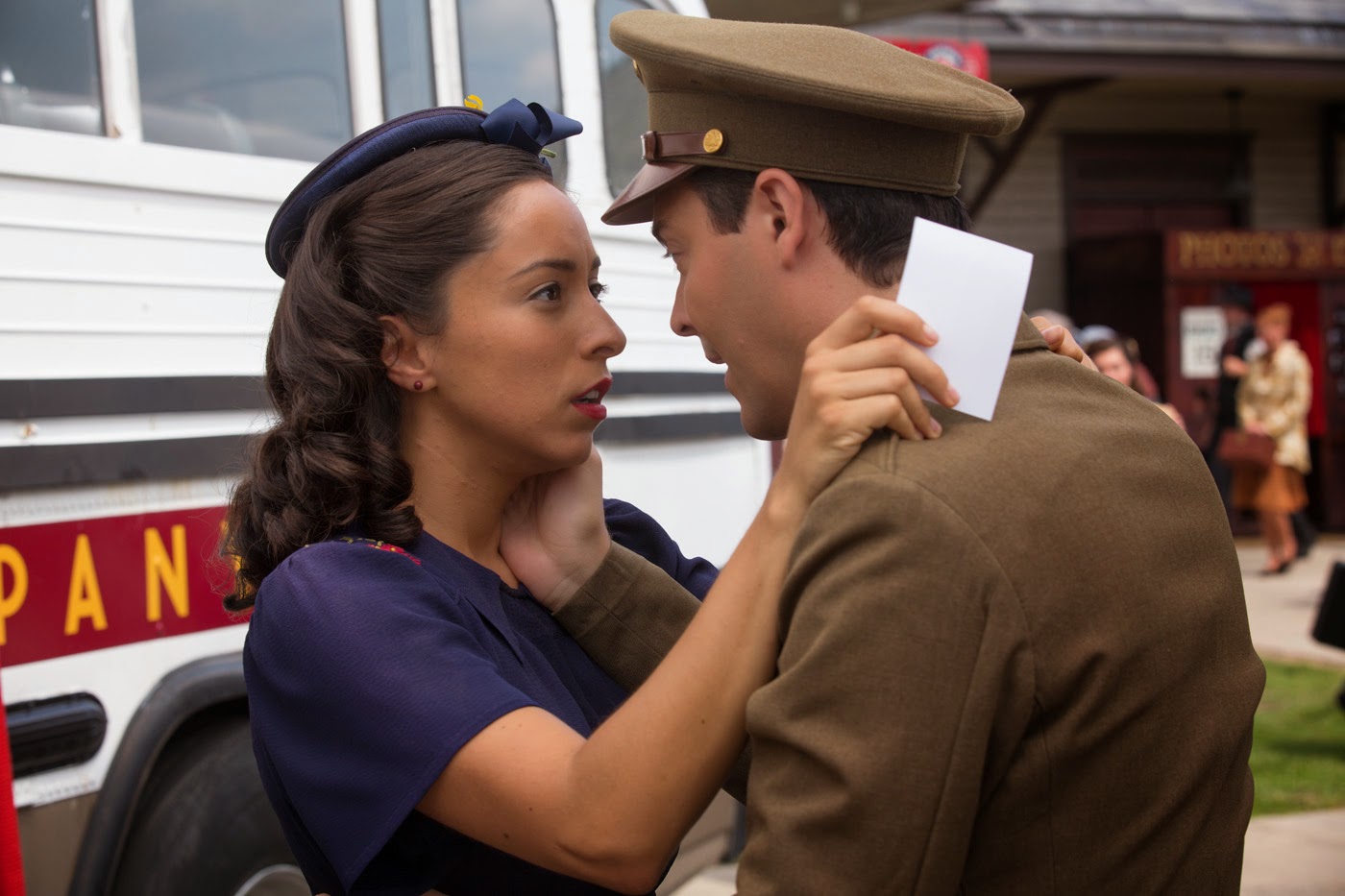 For the first time in so many long years, in this day and age, the art of written love letters from a man whose sensibilities women these days are looking for comes to the fore in the romantic endearing movie “The Longest Ride” based on Nicholas Sparks’ bestselling book of the same title. Jack Huston stars with Oona Chaplin, Britt Robertson, Scott Eastwood and Alan Alda in “The Longest Ride,” which follows two intertwining love stories and the courage it takes to make marriages work in the long term.

In 1940, we meet Ira (Huston), who works in his family’s store and is entranced by Ruth (Chaplin), an artistic Austrian immigrant. They embark on a relationship that survives in the face of many obstacles. In the present day, Sophia (Robertson), an art history student meets Luke (Eastwood), a bull rider. Like Ruth and Ira, they come from different worlds but fall in love. Their lives intersect when Luke and Sophia rescue Ira, now an elderly widow (played by Alan Alda) who has been seriously injured after his car crashed. In the wrecked car Sophia discovered a box containing a precious stash of letters, written by Ira to his beloved wife Ruth over the course of many years. Sophia returns the box to Ira and reads the letters aloud to him. They develop a friendship as Ira reflects back on his fascinating life. 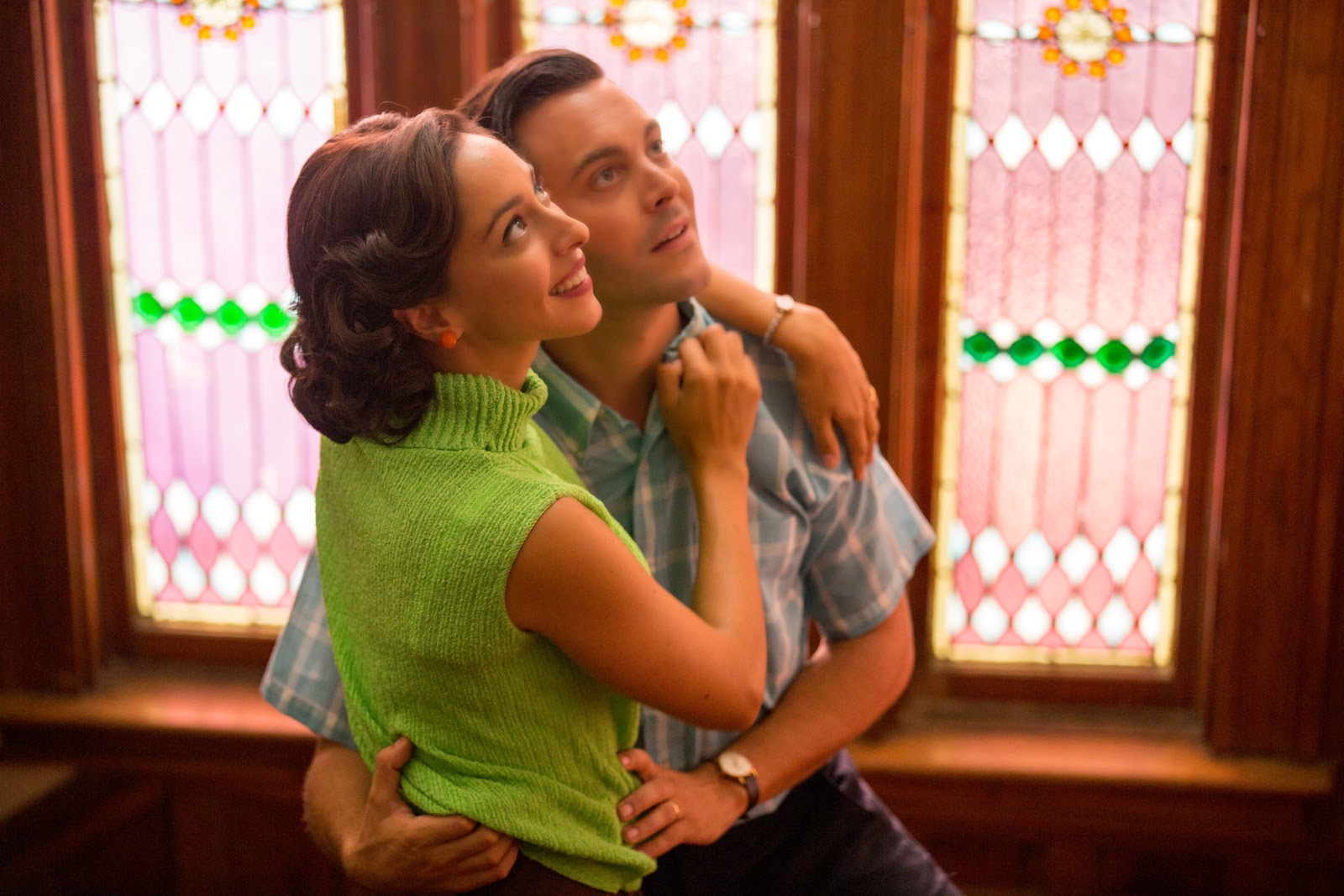 The filmmakers knew it would take a strong actor to portray Ruth’s husband, Ira, someone who would match Chaplin’s formidable energy and with whom she would have great chemistry. Jack Huston filled that bill. “Jack was fantastic,” says executive producer Robert Teitel. “We knew his work from Boardwalk Empire, but his character in The Longest Ride was the trickiest to find.”

Personally, in a very similar way to his character (young) Ira, Huston is more of a letter writer than a social media enthusiast, “I have a Twitter account but I am the worst tweeter. But I’ve always been a letter writer. I only started emailing about three years ago; I am not a techie person. I’m just not attuned to it. Letter writing was very much ingrained in me from a very early age. My father used to write me letters and he got me into the practice of writing very personal letters. I’m going to be honest and say I haven’t written any letters recently, but if I do receive a letter, common courtesy and etiquette would always be to write one back; and then normally you get another one, so what follows is a wonderful long correspondence between two people, which is beautiful,” Huston relates. 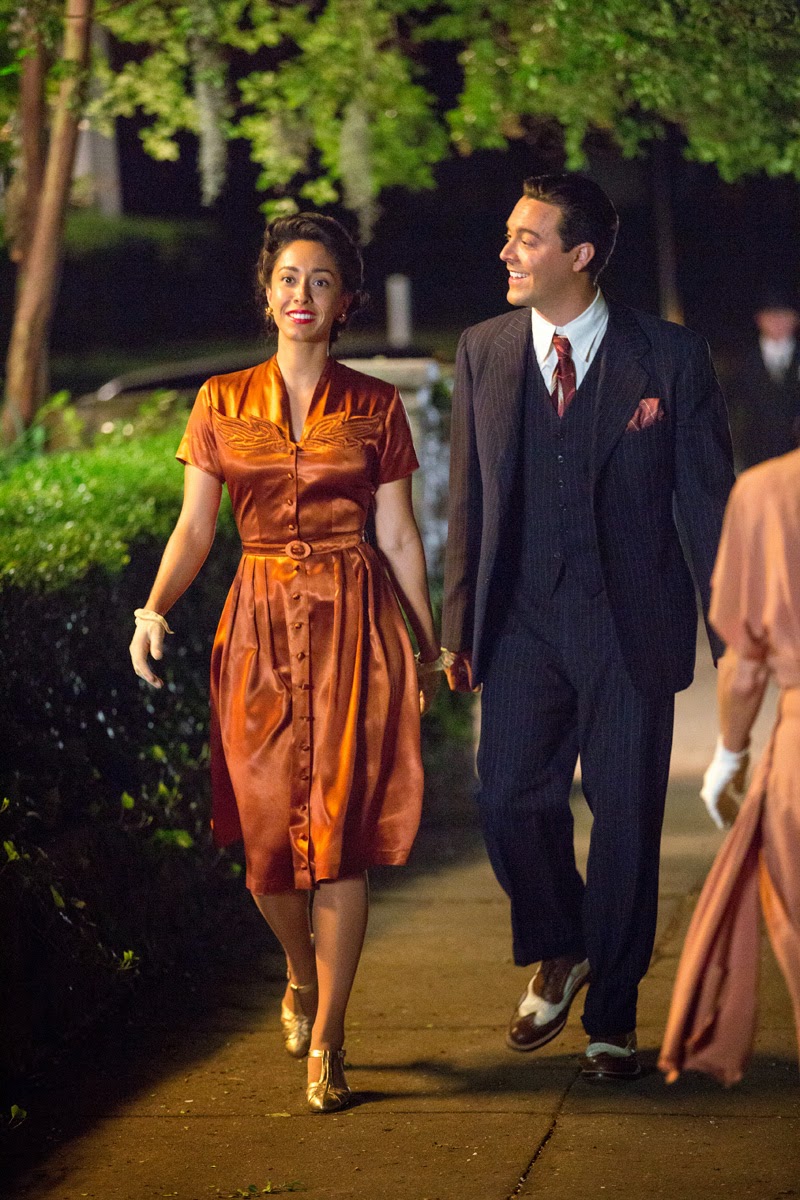 The story’s romantic elements drew Huston to the film. “The theme of enduring love is so beautiful,” he explains. “I loved the challenge of making an authentic love story. I wanted to explore the reality of love rather than its fabrication. I do believe in it all. There is that initial romantic honeymoon period when you first meet someone, when you think you’re in love, but at that point, it could just be an obsession or passion. You know, love is really what happens after the honeymoon period, when you build a life together. It is getting to know all the quirks, which people sometimes say are bad things, but actually they end up being your favorite things about someone. It is knowing that you can do or say or be anything and that the other person will still love you. To me, a soul mate is like the counterpart of yourself, it’s the person with whom you feel the yin and yang. The best relationships work that way. It is a stronger and deeper love than you experience in the initial honeymoon period. You love spending time with each other, being in a room together without having to say a word,” shared Huston.

Experience the power of enduring love in “The Longest Ride” showing in theatres nationwide now from 20th Century Fox to be distributed by Warner Bros.