ReZirb
Home Entertainment Rachelle Ann Go to Sing “A Dream is a Wish Your Heart... 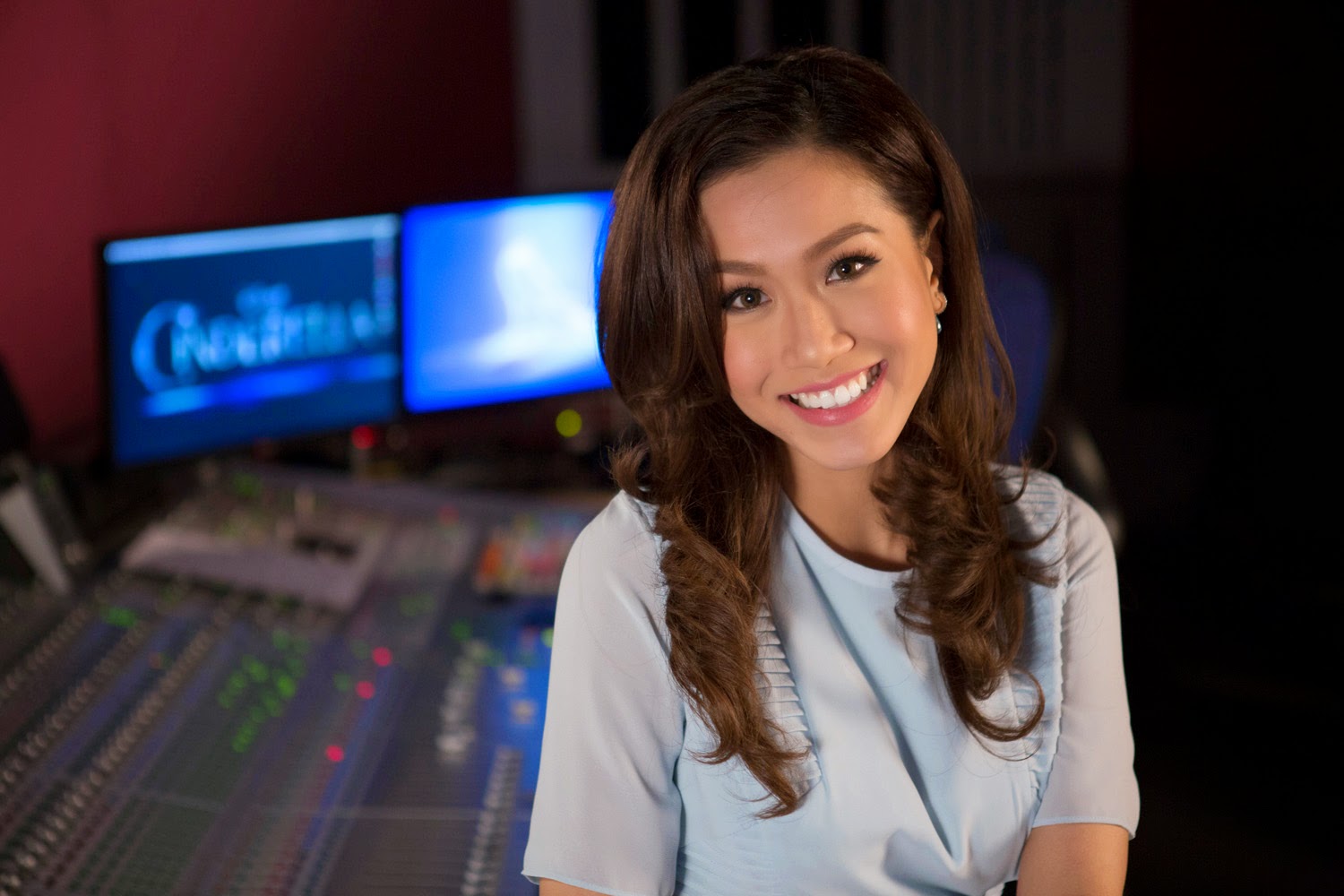 PHILIPPINES, MANILA, Walt Disney Studios Southeast Asia has chosen top Filipino recording star and award-winning West End actress Rachelle Ann Go to sing and star in the music video of the beloved Disney song “A Dream is a Wish Your Heart Makes” in conjunction with the launch of the new live-action film, “Cinderella.”

In the 1950 animated film, Cinderella sang “A Dream is a Wish Your Heart Makes” as she encouraged her animal friends to never stop dreaming. This theme of “never stop dreaming” continues throughout the entire classic fairy-tale. The ballad was written and composed by Mack David, Al Hoffman and Jerry Livingston.

Disney is reviving the song with a new arrangement and music video to deliver the inspirational and positive message of the new “Cinderella” movie, which is to believe in your dreams, be positive and most importantly “Have Courage and Be Kind.”

“We were looking for someone special, not just to sing the song beautifully but to also deliver the message reliably and inspire audiences. We chose Rachelle Ann Go as she embodies the positivity and inspirations of Cinderella, and is a living idol for young Filipinos everywhere who never stopped following her dreams,” said Amit Malhotra, General Manager of Walt Disney Studios, Southeast Asia. 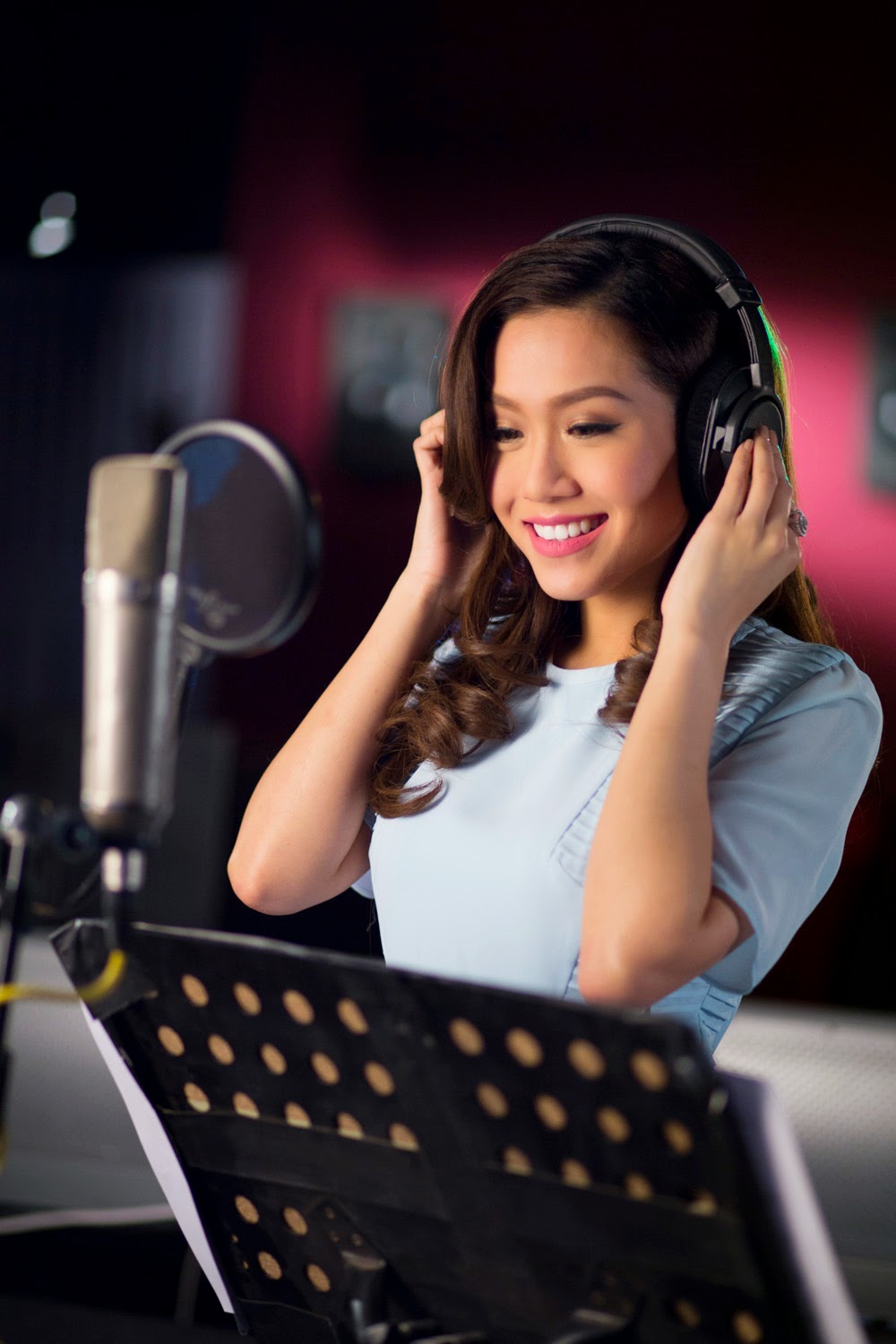 In the video, Disney also produced a touching segment – a memorable moment where Rachelle was surprised by a visit from her mother who flew all the way from Manila to surprise her during the studio recording. Fans can look forward to a heart-warming video as well as various interactive segments with Rachelle regarding this very special project.

The music video of “A Dream is a Wish Your Heart Makes” premieres on Disney Channel and Disney Channel Asia YouTube Channel on Saturday, 7 March, 2015.

Disney’s decision to cast Rachelle Ann Go in the music video – “A Dream is a Wish Your Heart Makes” is in line with the company’s approach to dream, create and celebrate the most magical stories and adventures, each woven around a relatable, empowered local idol who delights everyone and especially inspires girls to realize their full potential.

As a child, Rachelle always dreamt of becoming a singer and recording star, frequently joining national talent competitions from an early age. Her breakthrough came when she was declared the grand winner of the highly-coveted “Search for a Star” singing contest in 2003 in Manila. What followed was a sensational realization of Rachelle’s dream – expressing herself through music, gaining fame and ardent fans, releasing top-selling albums, headlining sold-out concerts, and winning awards for her craft around the world.

Her dream of attaining international stardom also came true when she was cast last year for the West End revival of the musical “Miss Saigon” where she received Best Featured Actress and Best Supporting Actress accolades from London award-giving bodies.

About Cinderella
A live-action feature inspired by the classic fairy tale, “Cinderella” brings to life the timeless images from Disney’s 1950 animated masterpiece as fully-realized characters in a visually-dazzling spectacle for a whole new generation.The story of Cinderella follows the fortunes of young Ella (Lily James) whose merchant father remarries following the death of her mother. Eager to support her loving father, Ella welcomes her new stepmother (Cate Blanchett) and her daughters Anastasia (Holliday Grainger) and Drisella (Sophie McShera) into the family home. But, when Ella’s father unexpectedly passes away, she finds herself at the mercy of a jealous and cruel new family. Finally relegated to nothing more than a servant girl covered in ashes, and spitefully renamed Cinderella, Ella could easily begin to lose hope. Yet, despite the cruelty inflicted upon her, Ella is determined to honor her mother’s dying words and to “have courage and be kind.” She will not give in to despair nor despise those who mistreat her. And then there is the dashing stranger she meets in the woods. Unaware that he is really a prince, not merely an apprentice at the Palace, Ella finally feels she has met a kindred soul. It appears her fortunes may be about to change when the Palace sends out an open invitation for all maidens to attend a ball, raising Ella’s hopes of once again encountering the charming Kit (Richard Madden). Alas, her stepmother forbids her to attend and callously rips apart her dress. But, as in all good fairy tales, help is at hand, and a kindly beggar woman (Helena Bonham-Carter) steps forward and – armed with a pumpkin and a few mice – changes Cinderella’s life forever.

The School `Spirit’ is Alive in “The Gallows”