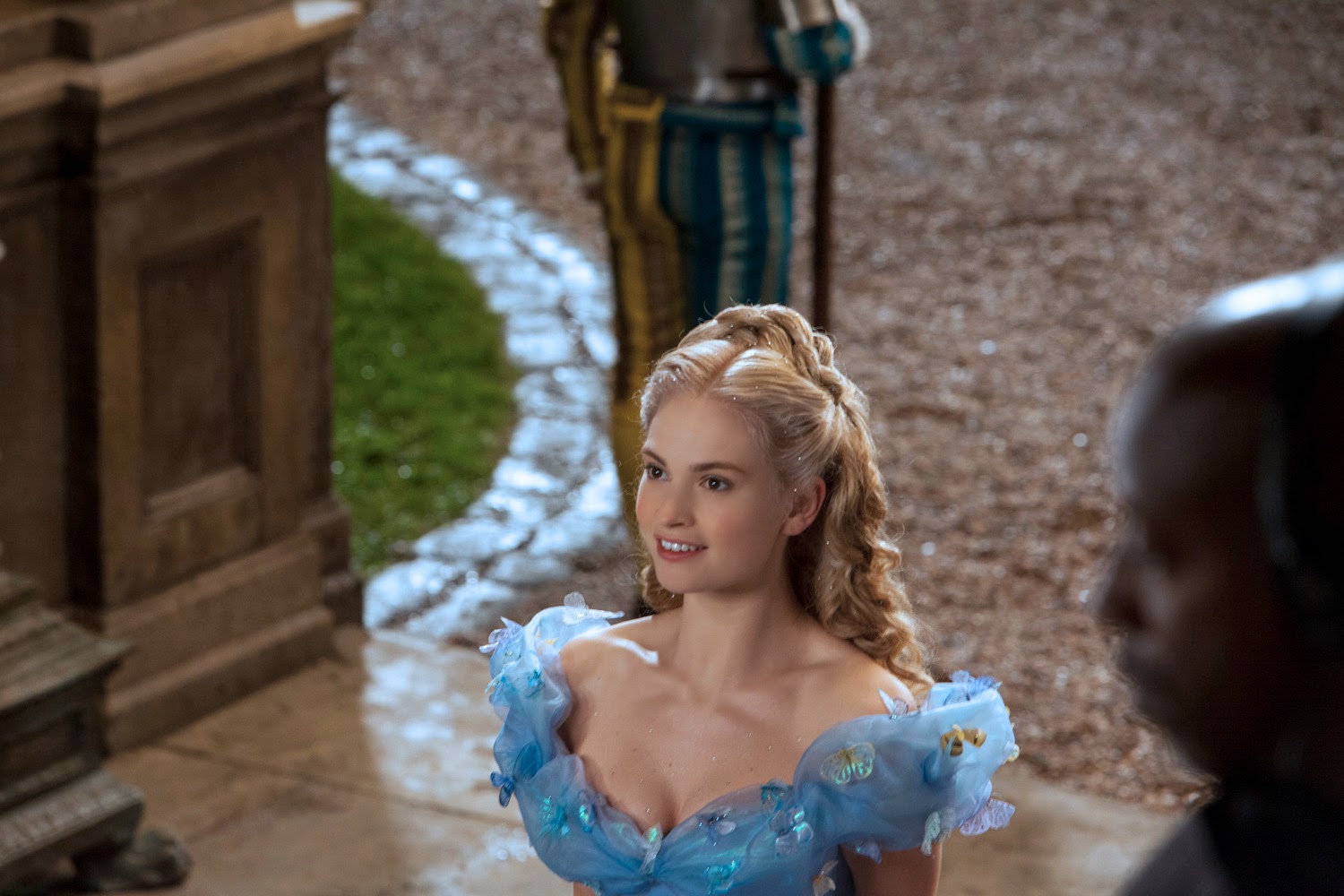 Lily James, best known to audiences as the defiant Lady Rose on “Downton Abbey,” stars as the loving and kindhearted Ella, the young woman whose spirit can’t be broken, in Walt Disney Pictures’ new live-action “Cinderella.”

The filmmakers needed to find the perfect actress to embody Ella, someone who radiated goodness and innocence, and who could make audiences see past her good looks and focus on the story beneath her exterior, instead.

Says director Kenneth Branagh, “It was extremely difficult to find someone who could be witty and smart, sharp but not cruel, has a twinkle in her eye and who has an inner beauty as well as a physical beauty, but Lily James’ Cinderella encapsulates all of those qualities. You have to root for Cinderella, you have to like her, you have to be on her side, and so an innate likeability was important.”

He continues, “Lily brought all that the first time she came in to read for the part. She’s a very beautiful girl, and her warmth also allows it to be a very approachable beauty, and somehow we feel that she could be our friend as dazzling as she is.”

Adds producer Allison Shearmur, “Lily James is Cinderella. She is kind. She’s interested in the quietest person in the room, she has great interest in all people from all walks of life. She’s got a great big heart. She’s a good person, and she’s spectacularly beautiful, but she’s not a cartoon.”
Producer David Barron agrees, and says, “On the surface Lily has this wonderful wide-eyed innocence and a joy in just being alive and discovering the world around her, but she’s incredibly smart and has a directness and an emotional intelligence that allowed us to embrace this very multi-layered Cinderella.” 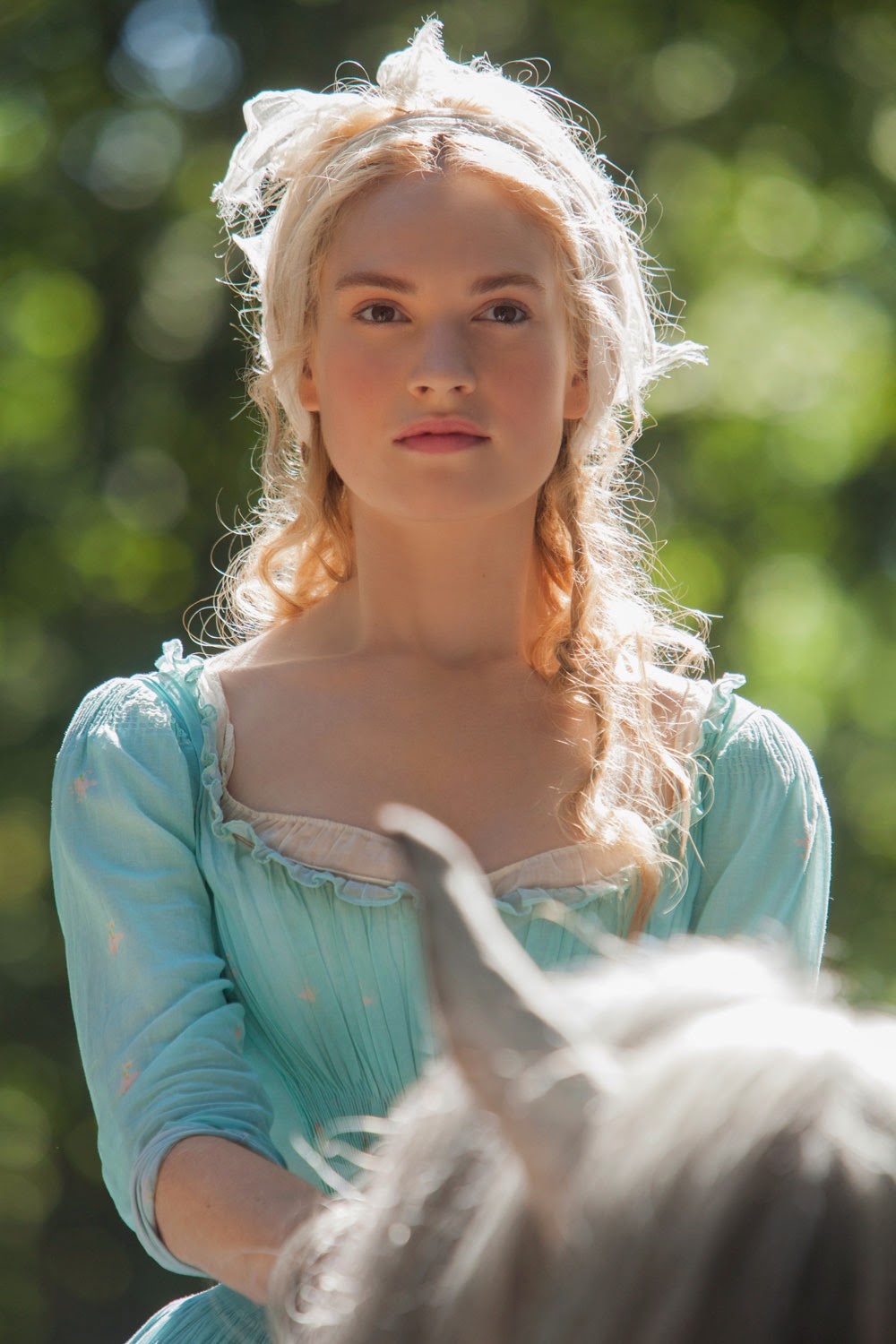 For Lily James, the opportunity to play one of the world’s most celebrated and best-loved characters was a dream come true. She explains, “I liked the fact that Ken wanted to keep it light and magical, much like a fairy tale. And in addition to the fact that Cinderella is so special and kind and unique, we also had a great opportunity to create a whole life beyond the fairy tale, making it richer and giving each character their own specific back-stories.”

She continues, “The heart of the story is Ella’s strength and how, even under the cruelest of circumstances, she manages to maintain goodness, purity and positivity.”

To prepare for the film, James tried to live healthily, implementing a daily yoga routine to get the kind of posture and grace and elegance that Ella would have had. She also took horseback riding lessons for six weeks, and did a great deal of research on spirituality, reading up on great leaders and pacifists like Gandhi.

“I wanted to make Ella seem as real as possible, but didn’t want her to appear as if she had no faults because I was afraid the audience wouldn’t relate to her if she was too perfect,” James says.

“Cinderella” will be released in the Philippines in IMAX and 2D cinemas on Thursday, March 12, through Walt Disney Studios Motion Pictures International.