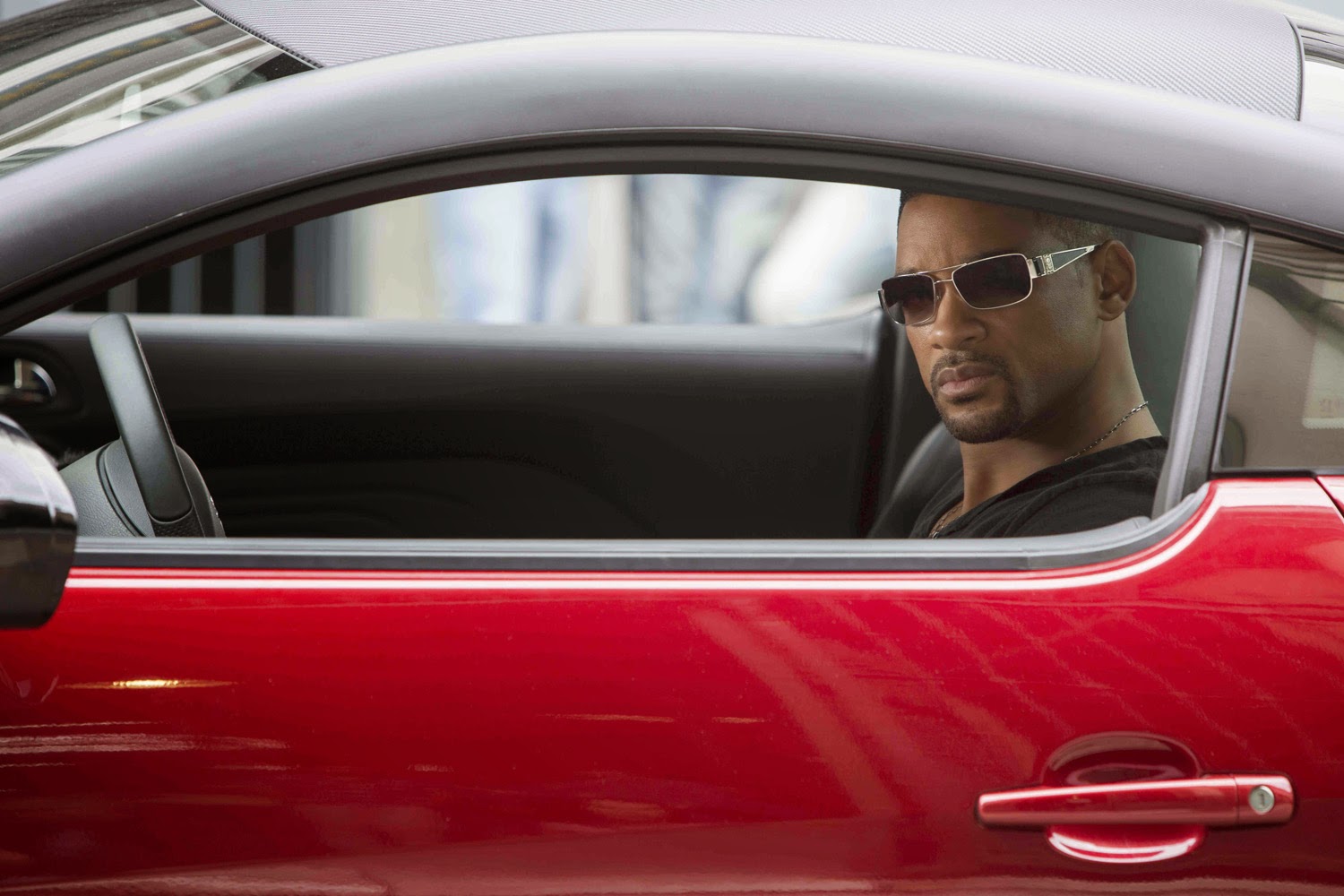 Global superstar Will Smith headlines Warner Bros. Pictures’ “Focus,” a slick heist film with a sophisticated vibe in which the stakes start out high and get exponentially higher.

Smith stars as Nicky Spurgeon who is all charm and ease, a cool, smooth operator with a million-dollar smile and perfectly understated style. Just don’t turn your back on him…don’t let him steal your focus for a second.

Enter Jess Barrett (Margot Robbie), a gorgeous young woman with flirty blonde locks and a wiggle in her short skirt, looking to get in the con game. She’s got all the right equipment, but she’s green. She just needs a guiding hand to show her all the right moves.

Nicky’s masterful cons take them from snowy New York to sunny New Orleans to one of South America’s most exquisite cities, Buenos Aires. Toss in the year’s ultimate football match and the exceedingly competitive world of car racing and all together it’s a formula for high-octane action, adventure and romance.

“I loved ‘Crazy, Stupid, Love.,’” Smith states, “so when I heard that John Requa and Glenn Ficarra were working on another screenplay, I was excited to get in anywhere that I fit in. And when I read the screenplay, I thought it was a brilliant combination of comedy, drama, psychology and intrigue. It demanded a wide spectrum of behavior. As an actor, I was inspired by the challenge of it.”

A jack-of-all-trades by trade, Smith’s character, Nicky, was raised in the world of deception. He’s left his family behind, but nevertheless continues on in the family business, from neatly picking pockets to expertly running the long con, and everything in between.

“Nicky is one of the smartest, most dysfunctional people you’ll ever meet,” says Smith. “He understands human nature and human behavior—there are very few people with that level of depth and comprehension. But he got his heart broken when he was little, and he has not yet learned to use his powers for good.” 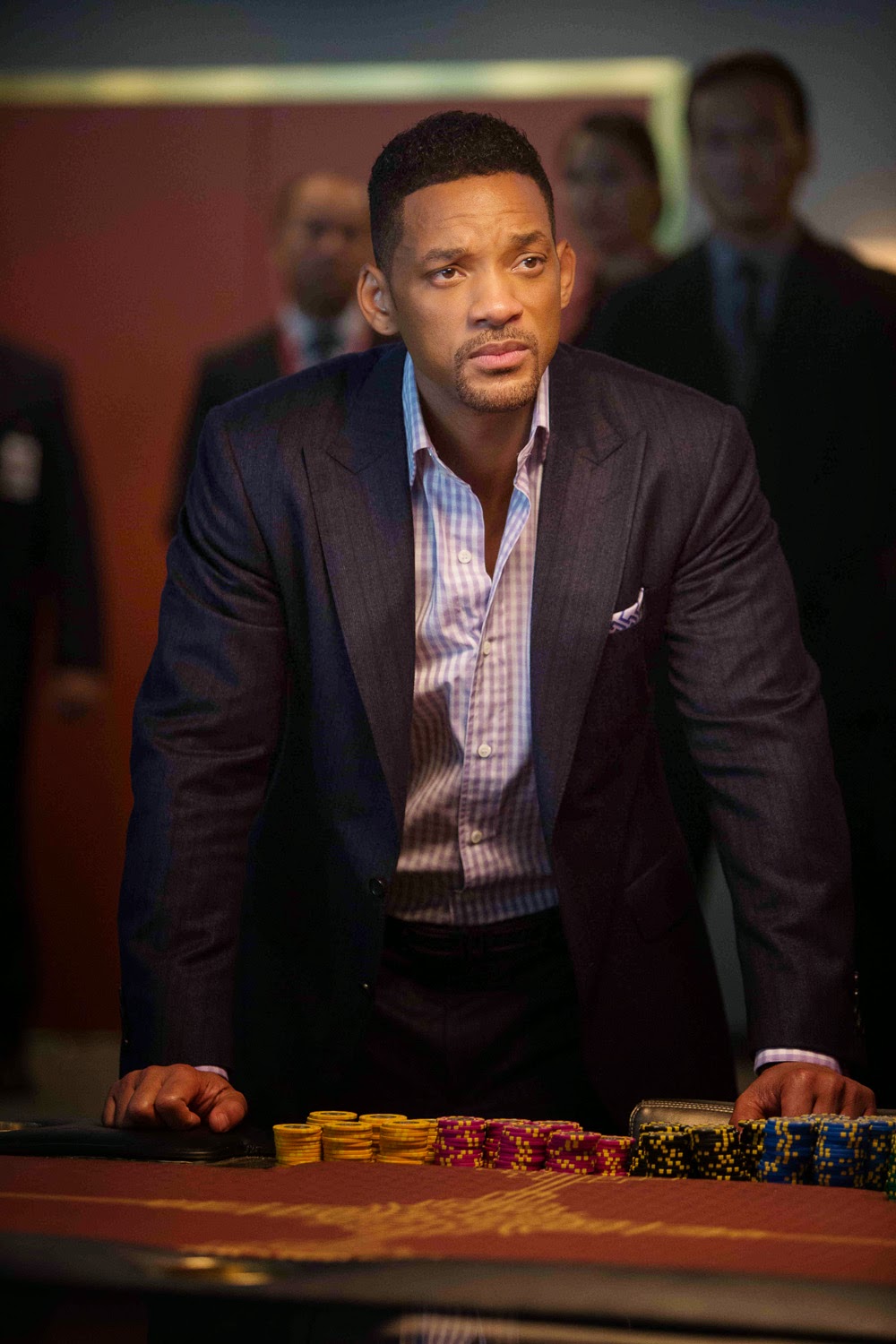 According to Ficarra, “When we first thought about casting Nicky, we thought it would be great if Will Smith—who we all know is an affable, charming guy—would be interested in playing this man who can draw anybody in, but underneath it’s all an act. Behind the facade he shows to the world lies cool calculation. We really wanted to see Will take Nicky on.”

Requa says, “Will is a great actor, and also a great improviser, both in the traditional sense but especially when it comes to finding small, subtle improvisations within the context of the written dialogue that aid the other actors in a scene. He’s very giving of himself, and he shapes his performance to provide the others what they need for their performance as well. In essence, he already understands how a confidence artist operates.”

Smith conveys with a smile, “Glenn and John, as a directing team, are like loving parents who used to own a casino and a strip club. They always want to make sure that their children are in good spirits, are working hard to keep the family business alive, and want their children to be just intoxicated enough to do the best work of their lives.”

Co-star Margot Robbie credits Smith’s generous nature for their instant rapport. “Will’s the best. He’s hilarious, he has such a positive presence and he’s so accommodating and lovely. I actually forgot that he has such a high profile and huge fan base—until we got to Argentina and suddenly there were thousands of people outside the trailer on our first day of shooting there!”