ReZirb
Home Entertainment Eddie Redmayne, Bound for Oscar Glory with “Theory of Everything”? 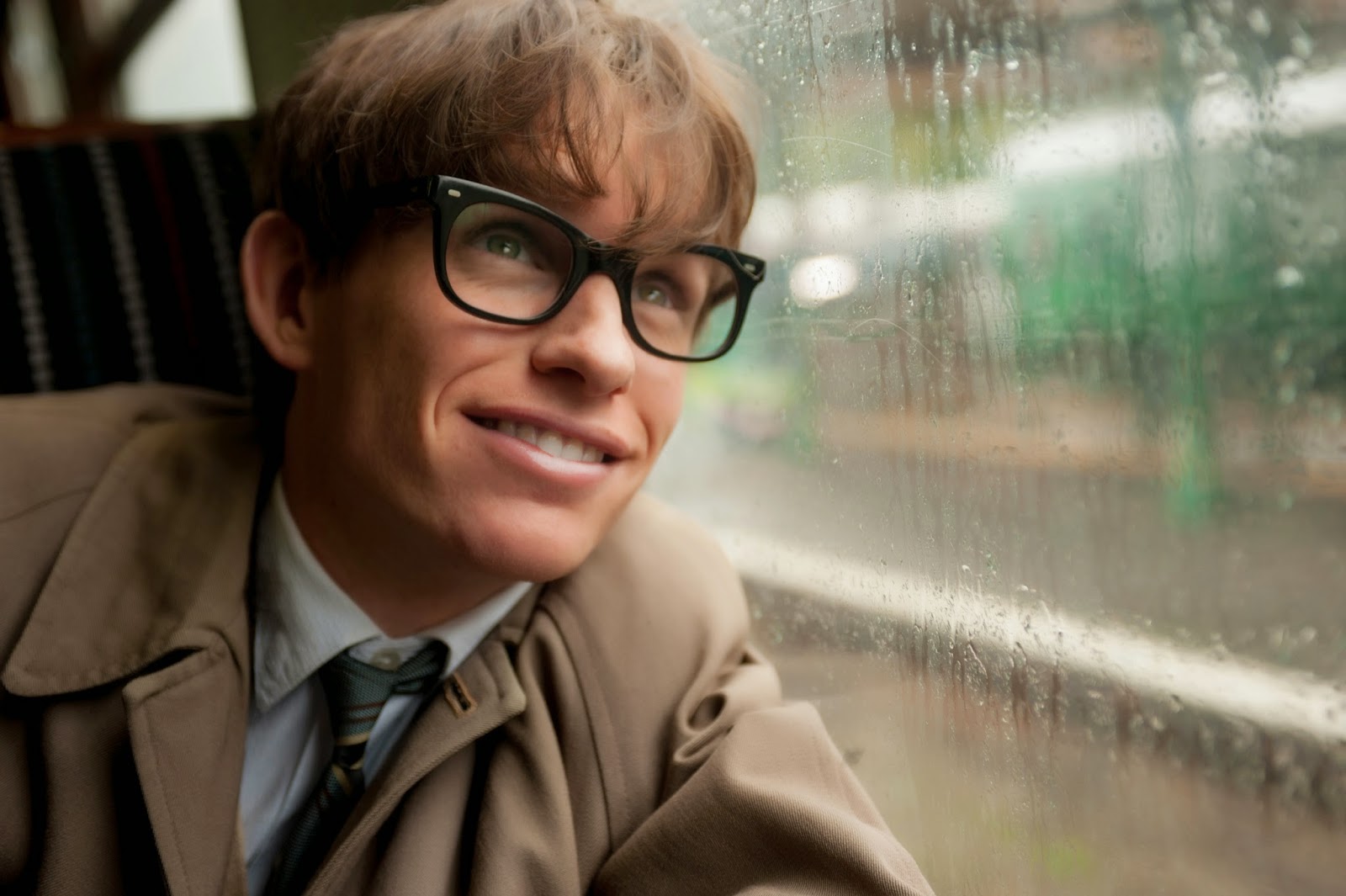 He already won Best Actor prizes in the recent British Academy, Screen Actors Guild and Golden Globe awards. That’s why Eddie Redmayne is considered to be the favorite to win the Oscar next week for his riveting performance as astrophysicist Stephen Hawking in Universal Pictures’ inspiring biopic “The Theory of Everything.”

In the film, once a healthy, active young man, Hawking received an earth-shattering diagnosis at 21 years of age. With Jane (Jones) fighting tirelessly by his side, Stephen embarks on his most ambitious scientific work, studying the very thing he now has precious little of – time. Together, they defy impossible odds, breaking new ground in medicine and science, and achieving more than they could ever have dreamed.

Producer Lisa Bruce notes on their leading man, “Eddie had a relentless intensity from day one. It was truly amazing to watch his evolution as he captured the many layers of both the Stephen we think we know as well as the man behind the image.”

Redmayne remarks, “When I read the script I was astonished at what this man has experienced, and done, since 1963. It was one of the most inspiring things I’d ever read. Stephen Hawking is an icon of hope.

“But this movie is also about the human being behind the icon,” the actor continues. “When we meet him in this story, he is 21, and so vibrant and athletic. He goes on to live a full life with a twinkle in his eye, and continues to do so. There are different sides to him: the wit, the brilliance, the stubbornness…I got the impression that he had a rock star personality.”

In further researching the subjects’ lives, Redmayne learned that the professor came from a solidly intellectual family, while Jane Wilde’s decision to pursue an academic career was still considered a brave choice for a woman back in the 1960s. “They were very different people, both extraordinary yet polar opposites,” he says. “The idea of two human beings completing one another and defying all the odds I found compelling and oh, was it romantic!”

The challenge of the physical demands required to play Stephen Hawking loomed large. As Redmayne’s friend and co-star Charlie Cox said when Redmayne told him about the role, “You have no option but to give it 3,000%.”

Accordingly, Redmayne parsed even the smallest details on the man he would be portraying. He notes, “Jane discusses in her book how Stephen had incredibly expressive eyebrows. That was something I spent months in front of a mirror working on.

“When I met Stephen, I noticed how ‘yes’ is sort of a smile and ‘no’ is almost a grimace, yet they only manifest in a couple of the facial muscles for him, so I learned how to isolate those.”

Redmayne adds, “The production surrounded me with an extraordinary team. Director James Marsh encouraged everyone to collaborate, and gave me the freedom to work closely with the different departments. One of the great thrills of doing this role was working with people who are at the top of their game. We were all of us taking on something we’d never done before which was quite special.”
Vocal coach Julia Wilson Dickson and movement director Alex Reynolds were brought in early on by the filmmakers to work with Redmayne. Reynolds coordinated with the actor just how the various degenerative stages of motor neuron disease would be fully expressed on screen as called for in the script. 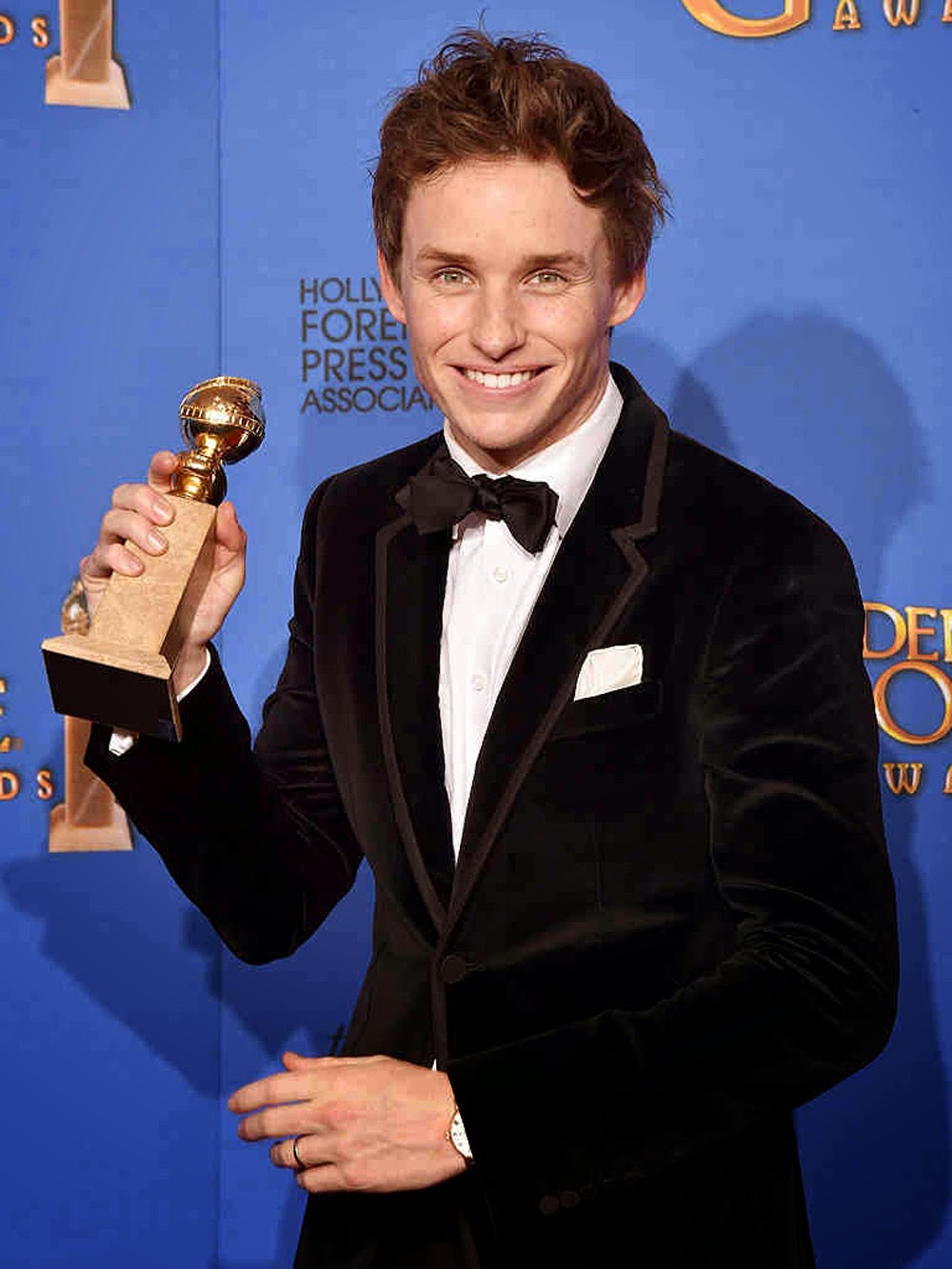 Redmayne obtained permission to visit MND patients both at a clinic and at home. He explains, “I felt I had the responsibility of portraying this as a real condition.” The actor counted himself as fortunate to be able to meet with Stephen as well, and straight away “apologized to Professor Hawking for having chosen to study art history.”

Since there is no existing documentation of Stephen in the early stages of deterioration, Redmayne and Reynolds consulted with a doctor who specialized in motor neuron disease to more precisely chart the progression. Redmayne also shared the research with Wilson Dickson. To carry the findings over for the 48 day shoot, Redmayne created a climbing numbers chart that would gauge how advanced the MND was in a particular scene a method which proved invaluable since, like most feature films, “The Theory of Everything” was not shot in sequence.

“Eddie prepared for months, to be ready to give multiple levels of performance,” marvels producer and screenwriter Anthony McCarten. “He had to be aware on any given day for a scene, ‘Is this stage four of my voice?’ ‘Does this mean stage three of my body?’

“He would go from ‘a 4.3 day’ for one day’s work to, for a scene set 10 years earlier and filming the next day, ‘a 2.7 day.’ Each day required all of his talent, discipline, and intelligence.”

Marsh availed himself of the chart as “a sacred text, because it demonstrated what was possible and not possible for Stephen at a moment in time. This had a big impact on how [director of photography] Benoit Delhomme shot a scene, and on how we framed it.

“We were sensitive to Eddie’s ability to engage the audience with no more than just a cast of his eyes and a small shift of the body. This is not easy for an actor to pull off, and it came at a physical cost to him. Every day he was in some sort of stress position that he had to maintain for hours at a stretch, while still projecting and making the character emerge out of the disability.”

McCarten states, “Watching Eddie day after day on the shoot, I would see not him but rather Stephen Hawking.”

Marsh concludes, “As impressive as the technical elements of Eddie’s performance are, that he brings it all to emotional life is even more so.”

“The Theory of Everything” is distributed by United International Pictures through Columbia Pictures.