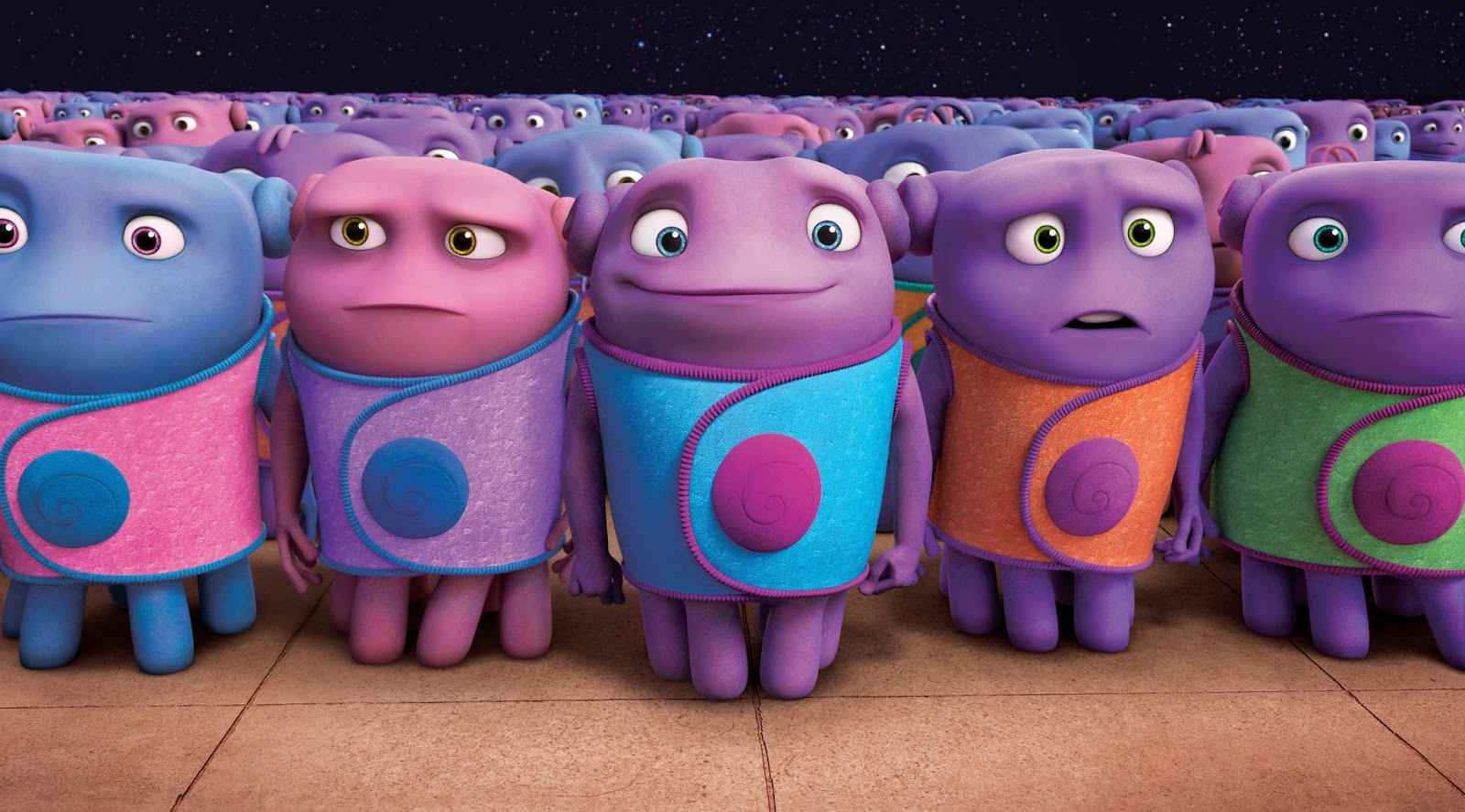 “Home” takes a friendly alien race known as Boov towards Earth where they use the planet to hide from a long time enemy. When Oh (voiced by Parsons) accidentally notifies the enemy of their whereabouts, he was suspected to be siding with the enemy and tries to run away only to cross paths with a teenage girl named Tip (Rihanna). Starting off on unfriendly terms, Oh and Tip embark on a comical adventure to correct the wrongs where Oh eventually learns what it means to be human.

The Boov are hive-minded beings who value conformity and think true happiness is achieved through the healthy suppression of individuality. Their hobbies include worshipping their leader Captain Smek, and believing in their moral and cultural superiority over all other beings. Oh, a natural-born purple Boov is smart and hard-working but on his blossoming friendship with Tip, he realizes he’s really more of a human being stuck inside the body of a Boov. Farther within the planet Earth is Lucy (Lopez) who was separated from her daughter Tip, although fearful at first for her daughter, she is still comforted by the thought that her daughter is no ordinary kid and that she is a real fighter and survivor.

Both Rihanna and Parsons make their animated feature debut in “Home” directed by Tim Johnson in which the director calls it the first post-apocalyptic, alien invasion buddy comedy, road trip, animated movie.” But above all, says Johnson, HOME is about two characters who don’t fit in their respective worlds, but together find the true meaning of acceptance and ever-surprising commonalities. “It’s very much a buddy movie, and it’s also about a clash of cultures coming to an incredible understanding and blossoming into a fun and beautiful friendship between Oh and Tip,” he elaborates. 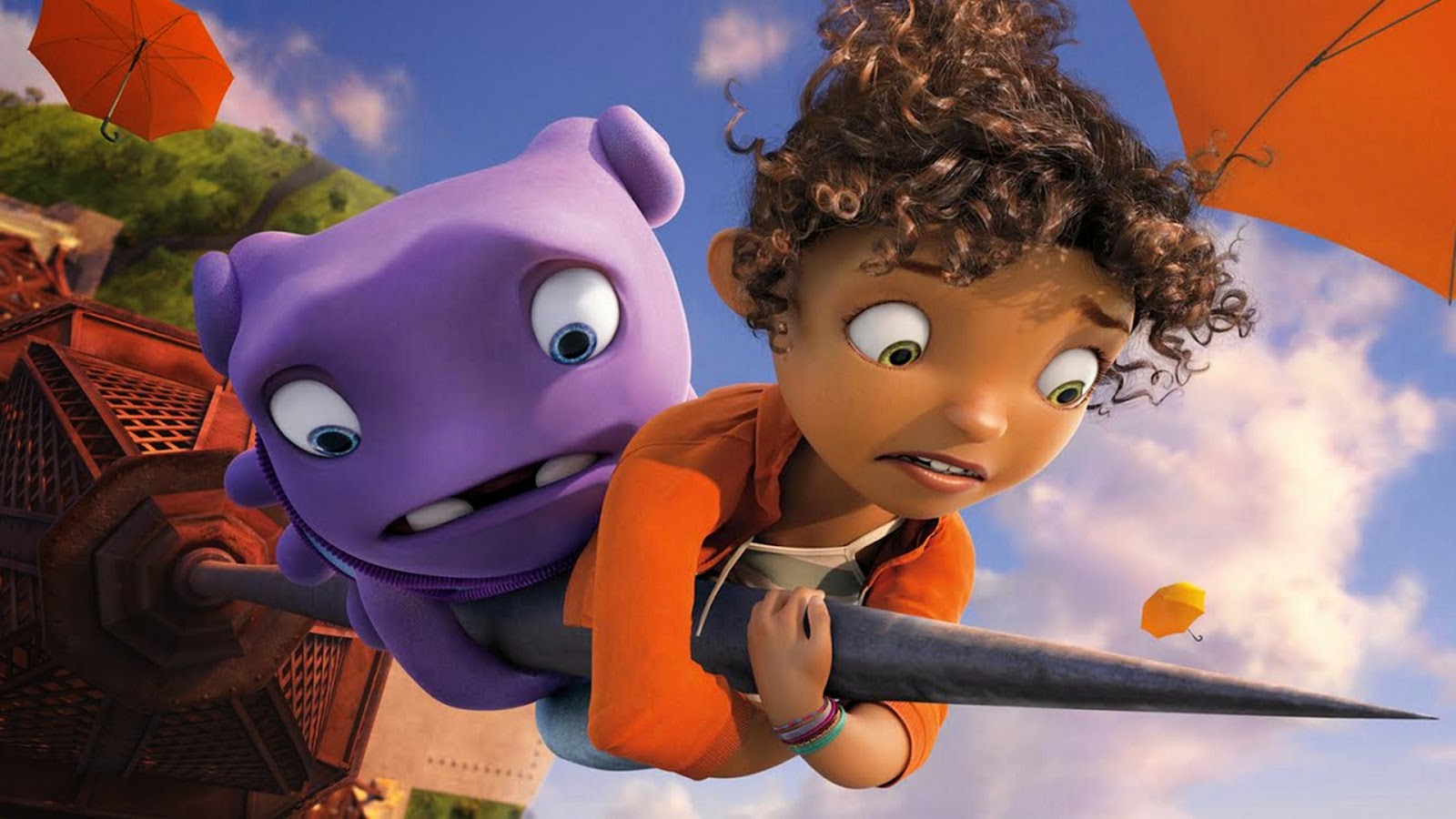 HOME takes Oh, Tip – and the audience – on a worldwide journey, from the United States to France to China, and finally to Australia. It’s an epic expedition encompassing millions of Boovian spaceships, and technology that switches off gravity across the entire planet. An enormous Gorg mothership also lends impressive scale. “The goal from the start was to make HOME a big global adventure,” says Johnson.