Garrett Hedlund was brought aboard as Cmdr. John Fitzgerald, one of Louie’s compatriots in the POW camps, while Australian Jai Courtney plays Phil’s co-pilot Hugh “Cup” Cuppernell.
Hedlund wasn’t about to sit around hoping Angelina Jolie would consider him for a part in “Unbroken.” “I called her,” the actor says. “When I was working on `On The Road,’ I read about Louis Zamperini. I thought the story was sort of too good to be true. When she signed on to direct it, I contacted her and said, ‘I’m such a fan of this man, this story. I’ll be your caterer’s assistant if I have to.'”

“She’s extremely collaborative,” Hedlund says of Jolie’s directing skills. “She’s one of those who gets inspired by seeing an actor’s creative wheels turning. The more someone brings to the table, the more excited she gets.”

As for Jai Courtney, he’s previously said he’d have done anything to play a part in “Unbroken,” revealin that the Angelina Jolie more than lived up to his and his cast mates’ expectations.
The talented actor recalls a story from filming, when the Oscar-winning actress arrived on set on a baking hot day when 200-300 extras were trying to put a scene together. “Everyone was getting very restless and she just walked out to have a chat to everyone and it was like… they’d never seen two hundred men shut up and stand still.”

The actors were eager to go through what was necessary for filming the intense sequences and were unstinting in praise of their director. “I was so thankful to work beside her for the entire shoot; I’d say Angie is truly inspired,” says Jack O’Connell who plays the lead, Louie Zamperini. “She’s got great leadership skills, true empathy for her cast and that makes an actor’s life so much easier. She delivers notes with sensitivity in a way that makes you understand what she’s after, and she is tireless. I almost took for granted how much I’d instinctively agree with what she was telling me.”
Garrett Hedlund recently co-starred in the Coen brothers 2013 film “Inside Llewyn Davis.”
Hedlund recently starred in Walter Salles’ “On the Road,” based on the novel by Jack Kerouac and “TRON: Legacy,” for Walt Disney Pictures. 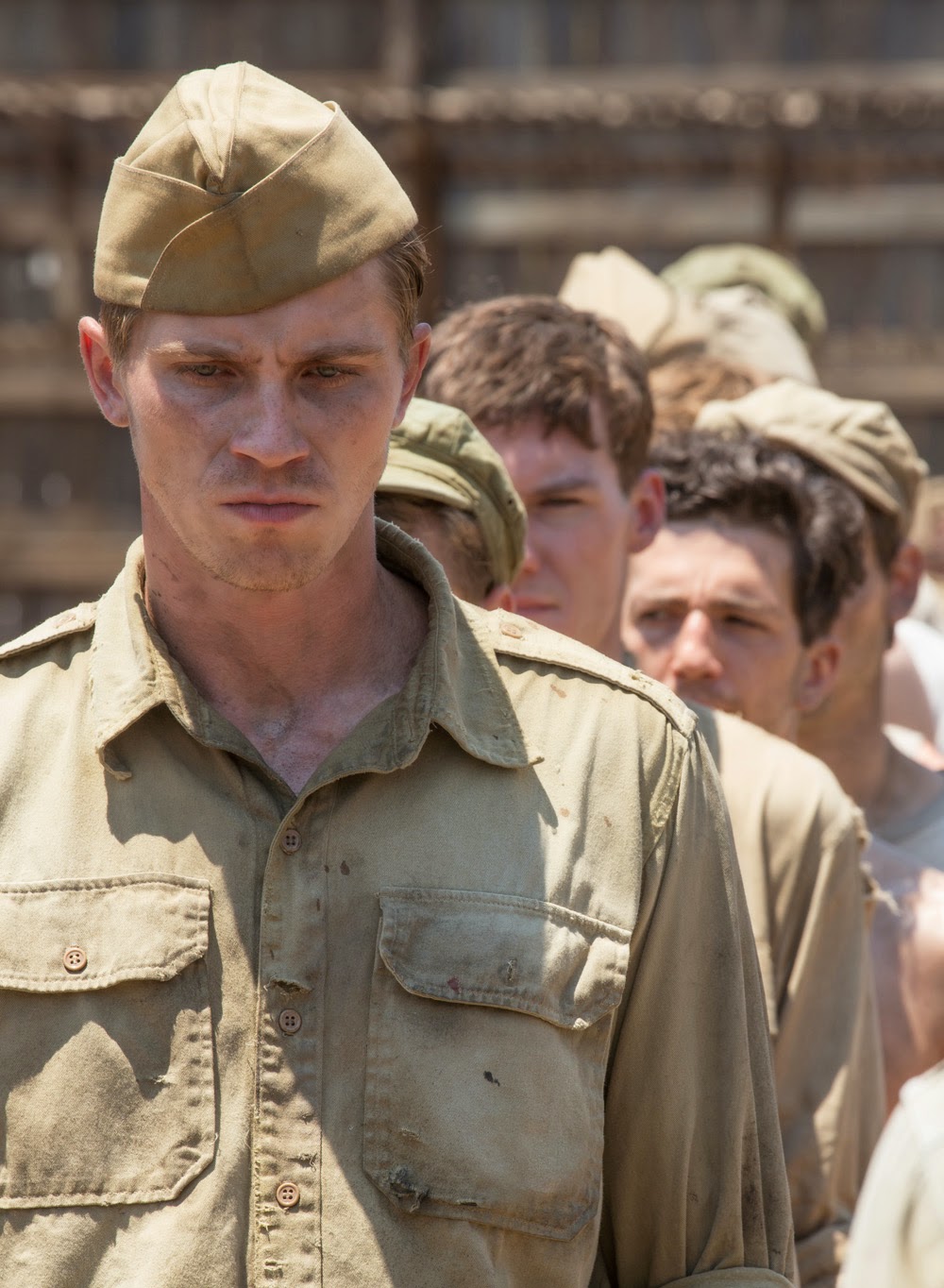 He will next be seen starring as Hook in Joe Wright’s highly anticipated “Pan,” which tells the story of Peter Pan, alongside Hugh Jackman, Amanda Seyfried and Rooney Mara.

Jai Courtney has quickly become one of Hollywood’s most sought-after actors. In March, Courtney was seen in the box-office hit “Divergent,” alongside Shailene Woodley and Kate Winslet. An adaptation of the hit sci-fi novel of the same name, the film was directed by Neil Burger.
He will star alongside Arnold Schwarzenegger in the upcoming sci-fi film “Terminator: Genisys.” The film is the first in a stand-alone trilogy, and is set for release on July 2015.

In 2009, Courtney landed the role of Varro in Starz’s hit series “Spartacus: War of the Damned.” The character became the closest confidante to Spartacus until his death in the tenth episode. Fans of the show created an uproar over Varro’s death and, to this day, continue to lament about it on many Spartacus fan sites and blogs.

Courtney also starred alongside Bruce Willis in “A Good Day to Die Hard,” which filmed on location in Europe. The fourth installment of the Die Hard franchise opened in February 2013 and grossed more than $300 million worldwide.