War is on in the world’s most awaited survival game onscreen, “The Hunger Games: Mockingjay – Part 1” that reveals for the first time the most covert place in all of Panem: secretive District 13, where Panem’s rebels have carved out their own rigidly ordered society miles underground.

District 13 and The Capitol are mirror opposites in every way. The Capitol is sensationalist spectacles, over-the-top garish hues and gleaming lights. District 13 is steeped in shades of gray, claustrophobia, conformity and the stark reality of what’s happening in the Districts. While The Capitol has been living high on the hog off the people, District 13 has been biding its time, preparing for the day when they would finally take a stand.

Up until now, only The Capitol knew about District 13, having carved out a non-aggression treaty that allowed it to exist so long as it stayed underground. As rumblings of war begin in earnest, District 13 and The Capitol are pitted against each other in a battle of images designed to win support – and key to it all is the ultimate District 13 symbol and foe of The Capitol: the Mockingjay.

Meet the District’s fearless warriors, returning and new characters who are about to take back their long-overdue freedom from President Snow’s authoritative rule. 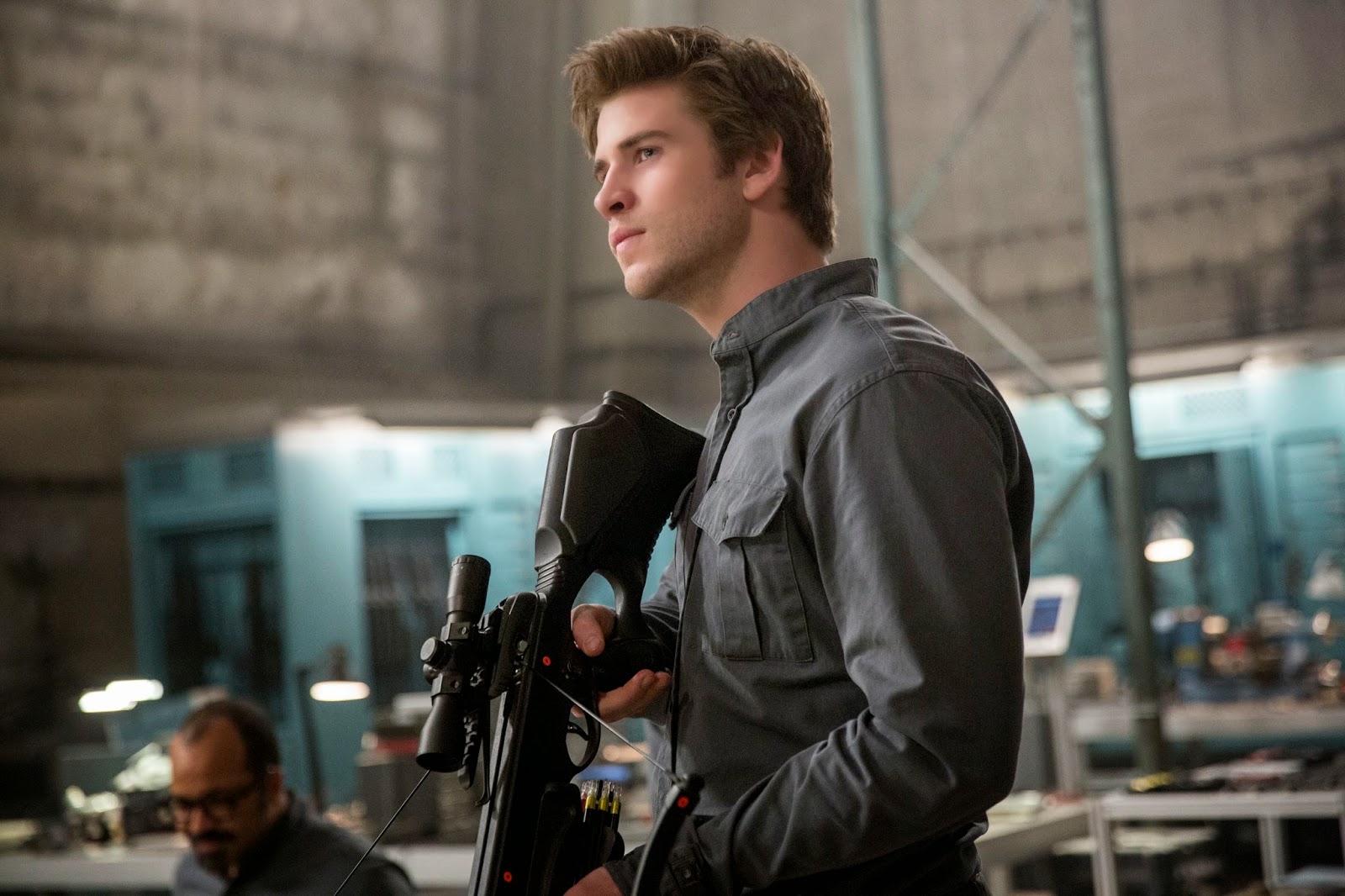 Gale Hawthorne:
From the moment Katniss wakes up in District 13, Gale is there – one of her only touchstones to the world she left behind. But he, too, is no longer the same. A hero who saved hundreds during the destruction of their home in District 12, he is now becoming a dedicated soldier in the rebellion and yet his heart is as unsettled by Katniss as ever. Returning in the role is Liam Hemsworth, who says that in the wake of Catching Fire events, Gale “has reached the tipping point.” Hemsworth explains: “He’s had enough as far as The Capitol’s abuse goes, so he’s not scared to stand up to it. He feels ready to go to war, in spite of the costs, to try to take down The Capitol.” 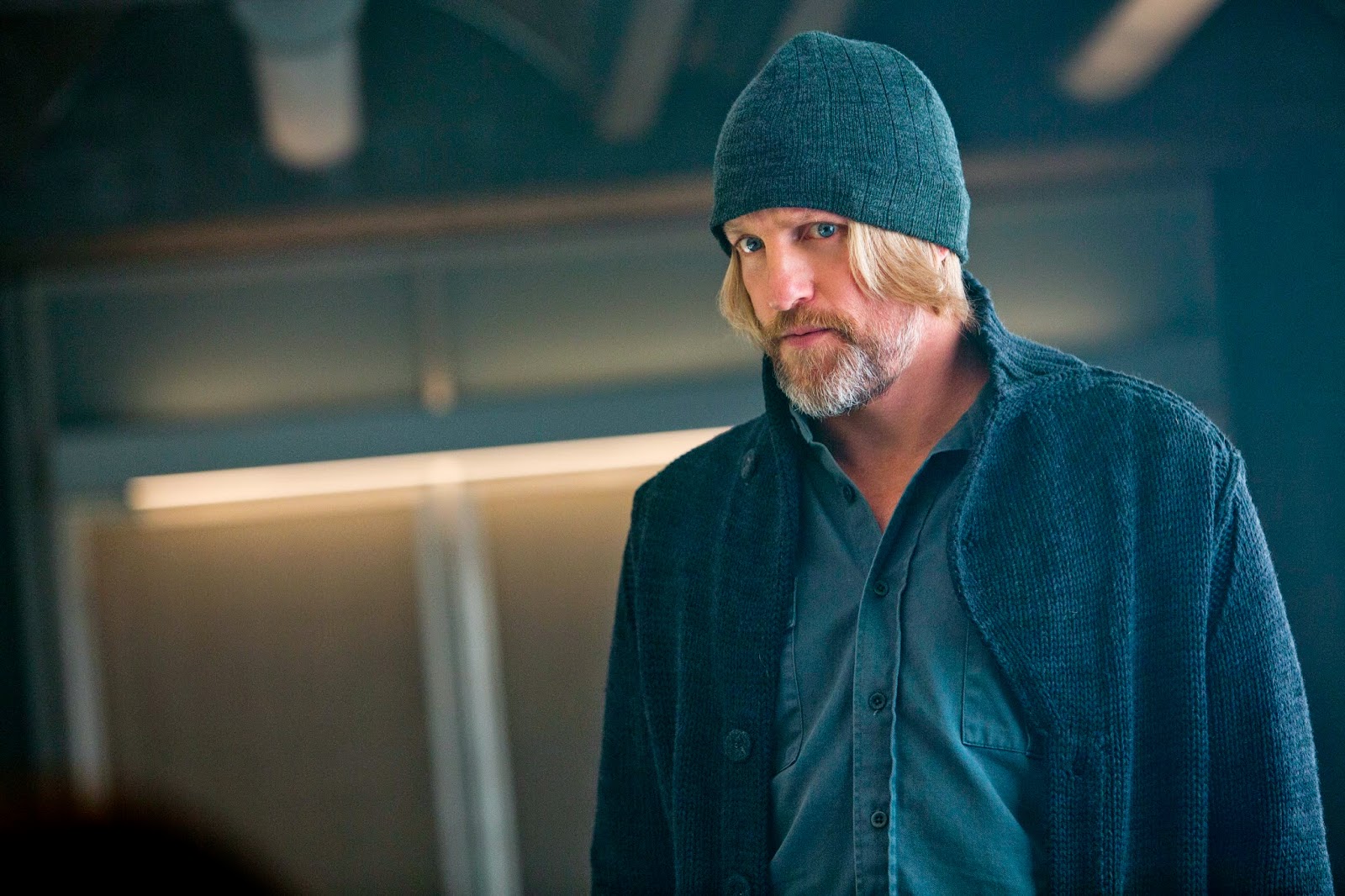 Haymitch Abernathy:
Woody Harrelson returns as a very different Haymitch – one who has not only been changed by recent events but taken some time to recover with a stint in rehab. It gives him a clearer view of what matters. “Haymitch’s thing before was always to emotionally detach himself from the people he was mentoring,” explains Harrelson. “He truly sees how much he loves Katniss and Peeta, and he realizes they’ve become a kind of family to him, in a very real sense.” 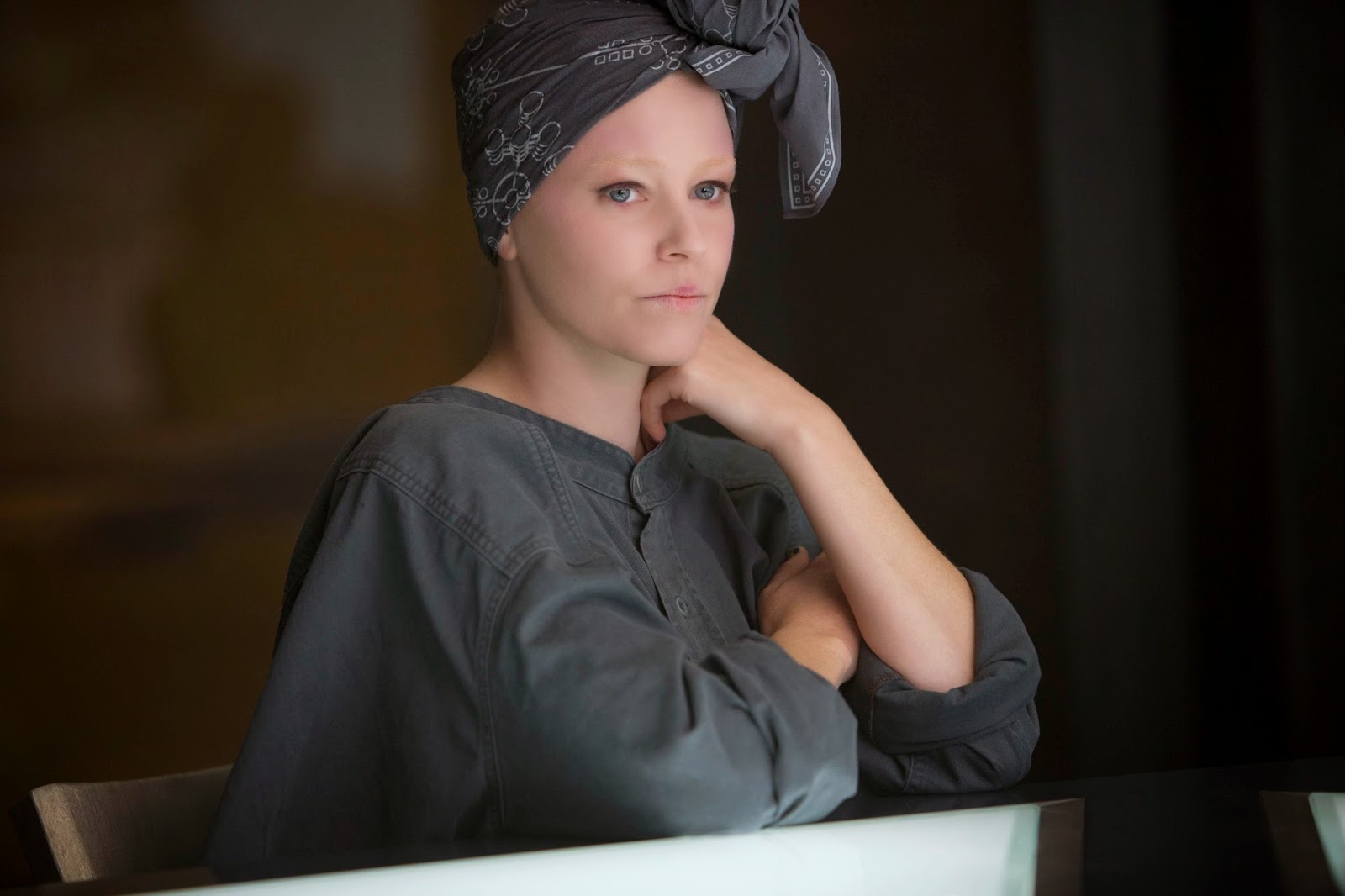 Effie Trinket:
Elizabeth Banks returns as Effie Trinket in a greatly expanded role. Effie’s presence is one of few departures from the book. With Suzanne Collins as enamored about Banks’ bubbling-over portrait of Effie as movie fans, it was a change that came with the author’s blessing. Recalls Francis: “When Suzanne saw Catching Fire she called and said ‘There’s no way Effie Trinket cannot be in the Mockingjay films.’ Effie brings such warmth, fun and levity to these dark stories – and fans will love how she has adapted to life in District 13.” 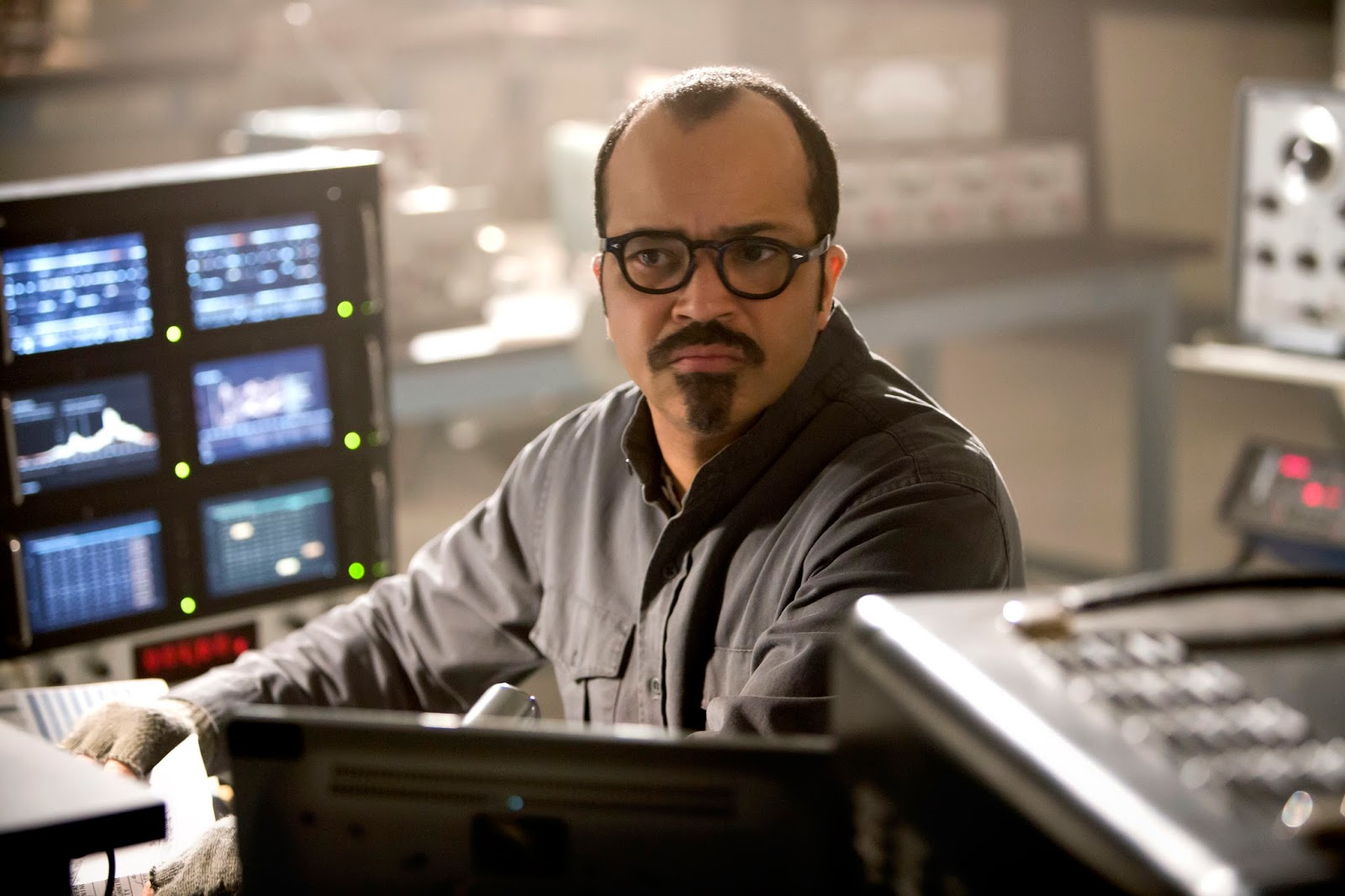 Beetee:
Tech-savvy former tribute Beetee, having barely survived the Quarter Quell, now pushes his master hacking skills to the edge as he becomes a vital part of the rebellion’s plans to breach the mega-security of The Capitol. Jeffrey Wright takes on the character he describes as “resisting injustice.”

Wright explains where Beetee is now that he is recovering from the Games in District 13. “You really get to see Beetee in action working in his laboratory designing systems and weapons and trying to hack into The Capitol’s communications,” says the actor. “He has a very critical role in the advancement of the rebellion.”Although, Beetee has his own reservations. “He has a lot of outrage at the conditions in the Districts but, like Katniss, he also is struggling not to become the very thing he is fighting against,” says Wright. 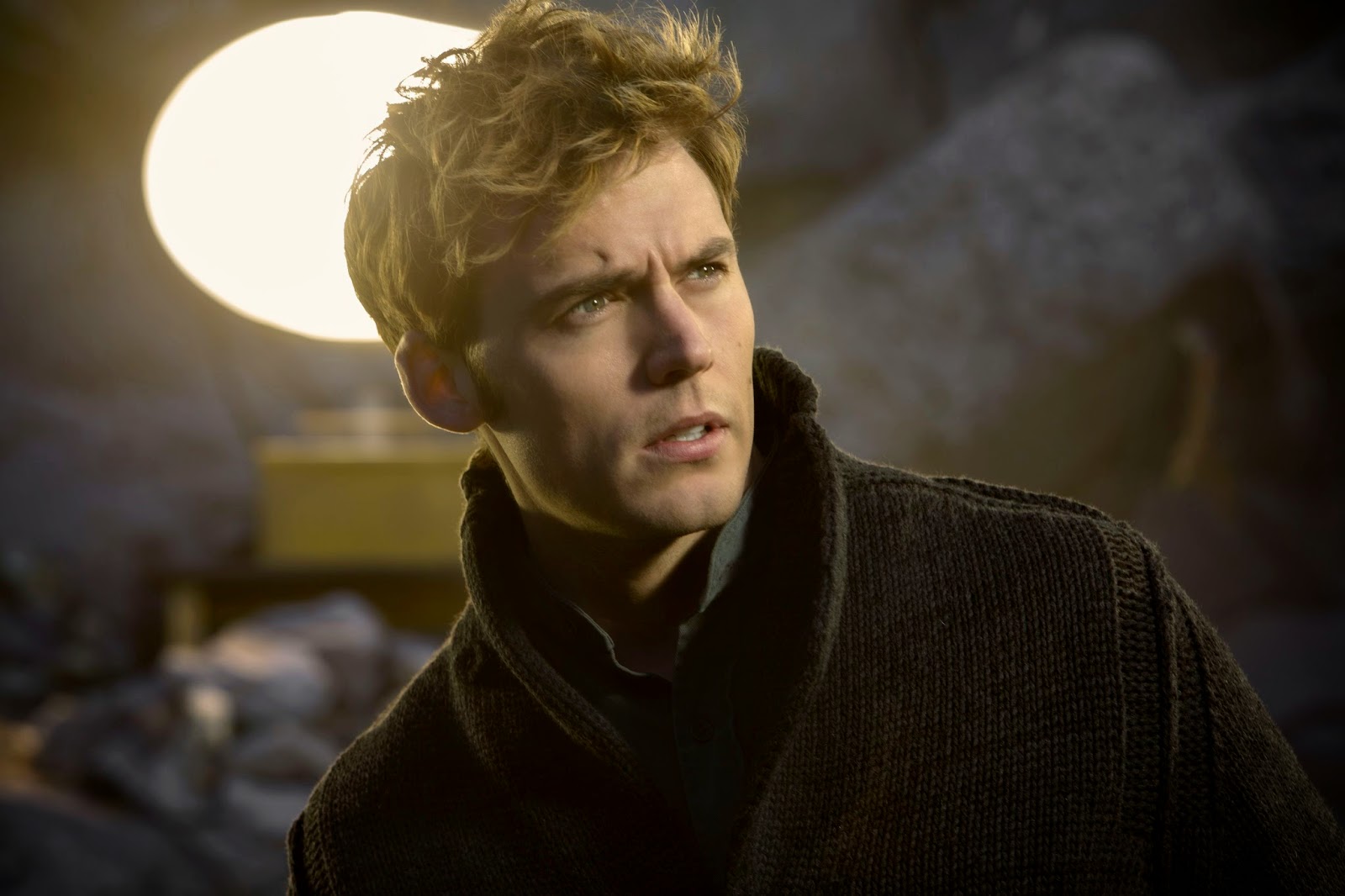 Finnick Odair:
The Hunger Games: Mockingjay – Part 1 also finds former tribute Finnick Odair in an unstable state following the events of the Quarter Quell. Once renown across Panem for his gleaming smile and high-spirits, Finnick now collides with ghastly news at the start of the film. “Finnick finds out that the love of his life, Annie Cresta, has been kidnapped alongside Peeta and Johanna,” Sam Claflin, who debuted in the charismatic role in Catching Fire, explains. “That puts him in a very, very vulnerable position, and he doesn’t really know how to deal with that loss.”

Claflin goes on: “What’s incredible about Mockingjay is that it picks up at a point when everything has changed drastically, and every character you care about has seemingly gone to hell and back. They hoped that they had escaped from their lives as tributes, but they’re actually confined even tighter. Now, they’re in this very regimented, new world of District 13 and it is quite disorienting. I see Finnick as being very broken at the beginning of Mockingjay, but he starts to find his feet again.”