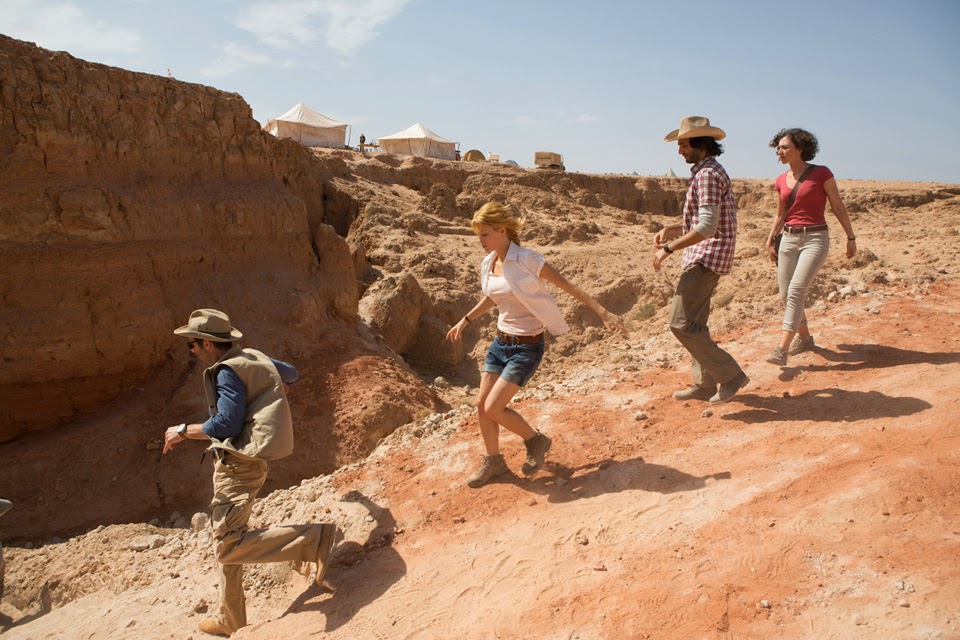 A team of U.S. archaeologists is about to get more than it bargained for when it discovers a lost pyramid unlike any other in the Egyptian desert. As they unlock the terrifying secrets buried within, they realize they aren’t just trapped; they are being hunted in “The Pyramid.”

The ancient wonders of the world have long cursed explorers who’ve dared to uncover their secrets. Most notable among afflictions is the so-called “Curse of the Pharaohs” – vengeance against adventurers who disturb the sacred tombs of the pyramids.For Dr. Nora Holden (Ashley Hinshaw) and her father Miles (Denis O’Hare) it might be the most important discovery of their careers. Using NASA satellite imaging technology, they have uncovered the first three-sided Egyptian pyramid buried deep under the desert for over 5,000 years. Followed by documentarian Sunni Marshe (Christa Nicola) and her cameraman Terrence “Fitzie” Fitzsimmons (James Buckley), and with the help of robotics expert Michael Zahir (Amir Kamyab), the team is determined to explore the foreboding structure.

But with political protests raging in nearby Cairo, the security of the expedition can’t be guaranteed and the site’s officials order an immediate evacuation. Desperate to take what might be their last chance to venture inside the pyramid, the team goes in alone. But what they find in the dark will test them all to their breaking point.

Egyptology was a topic that had always fascinated THE PYRAMID producer Scott C. Silver. He even had a dedicated Google Alerts feed set up to monitor news in the surprisingly fast-moving world of archeology. It was late in May 2011 when he first heard about the use of satellite technology to survey Egypt and the subsequent discovery of 17 lost pyramids. “It set my mind racing to come up with the idea for THE PYRAMID,” Silver notes.

The use of this technology, he felt, could reveal an unexplored environment on a scale that archeology hadn’t achieved to date. Silver imagined a team of archeologists venturing into the dark and discovering the horrors within. 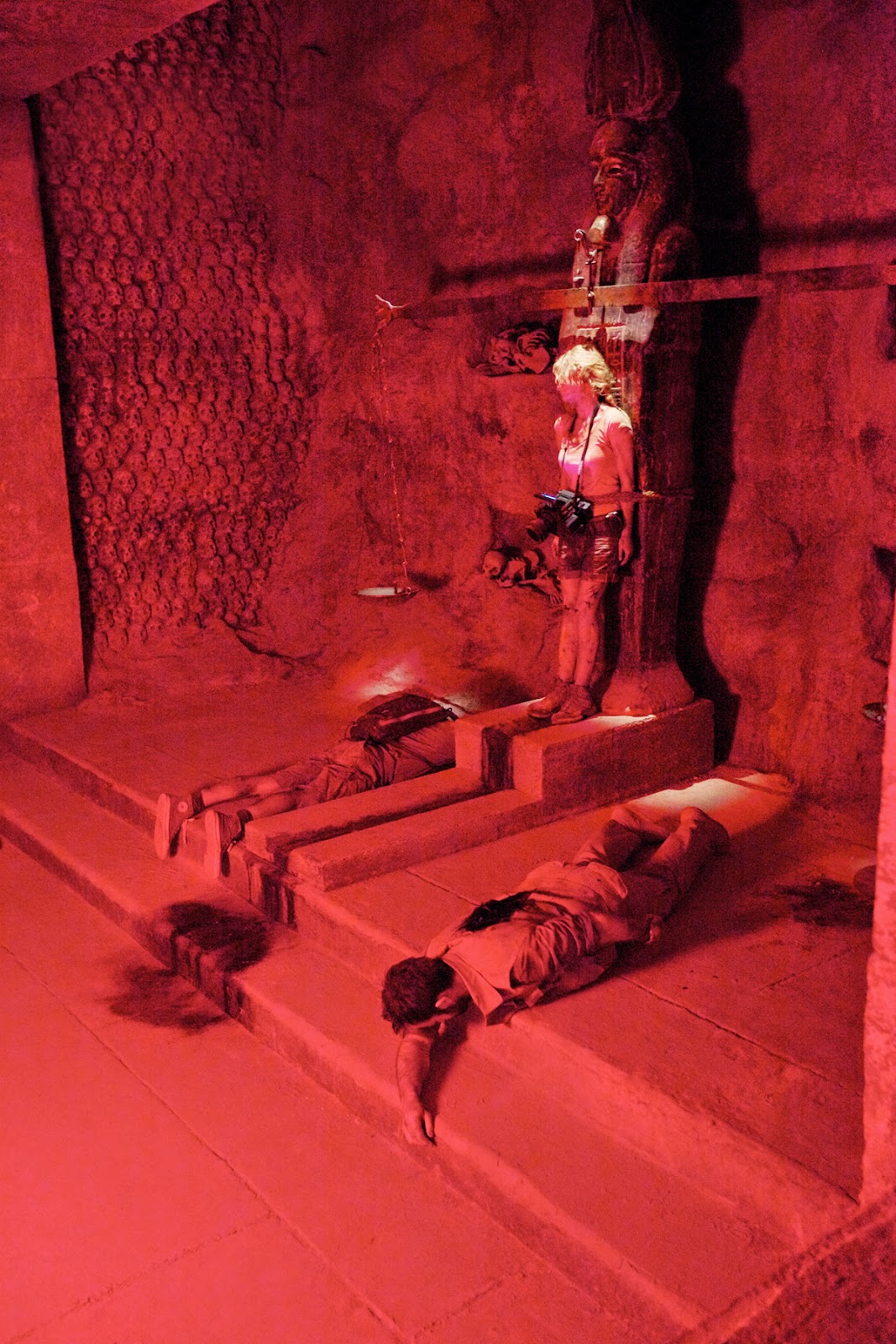 He brought the idea to his producing partner Chady Eli Mattar. The pair had founded Silvatar Media after graduating from the prestigious American Film Institute Conservatory. “I’m drawn to sociological and psychological drama,” Mattar says, “so I was attracted to Scott’s idea, which included elements of the political upheavals that were going on at the time in Egypt. It added another dimension to the story.”

The two producers brought the project to veteran producer and former studio executive Mark Canton and his company, Atmosphere Entertainment MM, with whom they had previously collaborated. “When Mark got involved, and when we subsequently brought the project to Alexandre Aja and Gregory Levasseur, with whom Mark had worked on “Piranha 3D,” “The Pyramid” became larger in scope,” Mattar remembers.

“I, too, liked the idea of the historical reality to the story,” says Canton. “Egypt is one of the oldest civilizations on Earth and its history is so fascinating.” “Alexandre loved the story and had strong ideas about where to take it,” he adds.

“A movie like this only works when you have a strong starting point,” notes Aja. “I liked the idea of using this new technology to find a lost civilization because it felt so real. It was a chance to explore a clash between the old and new school of archeology.”

Unlocking the terror within, “The Pyramid” opens December 10 in cinemas from 20th Century Fox to be distributed by Warner Bros.