In the film, years after resigning command of an elite military police unit, the nomadic, righter-of-wrongs Reacher is drawn back into the life he left behind when his friend and successor, Major Susan Turner (Cobie Smulders) is framed for espionage. Reacher will stop at nothing to prove her innocence and to expose the real perpetrators behind the killings of his former soldiers
Since 1997, readers have been riveted by the exploits of Jack Reacher, who first appeared in the pages of author Lee Child’s “Killing Floor” and continued on in a series now spanning twenty novels.
Producer Don Granger brought the hit series to Tom Cruise’s attention, which led to Cruise starring and producing 2012’s Jack Reacher, an adaptation of the Child’s ninth Reacher novel “One Shot” that went on to gross over $200 million in worldwide box office.

After the success of Jack Reacher, producers immediately started developing the next film, basing it on “Never Go Back,” a more recent book in the series.

“The great thing about the Jack Reacher novels is that they’re not chronological,” Granger explains. “There’s not a lot of continuity that you need to be familiar with to enjoy the story. With the exception of Reacher and his toothbrush, there are very few characters that carry over from book to book.” 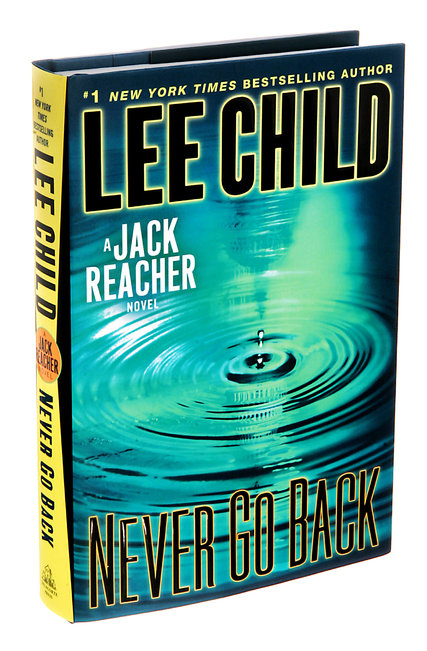 Child describes the lasting appeal of his character: “Reacher is a modern iteration of the mysterious stranger. The American paradigm is the Western, where a mysterious rider comes in off the range, sorts out the problem, and rides off into the sunset, but this character is universal. Medieval Europe had the knight-errant, and feudal Japan had the ronin – banished knights forced to wander the land, doing good deeds.”

Appropriately, director and co-writer Edward Zwick previously worked with Tom Cruise in 2003’s The Last Samurai. “I immediately connected with this story and this character,” says Zwick. “Jack Reacher is an archetypal American hero and a modern day ronin: he’s traded a life of rules and structure to live this nomadic life, free of emotional attachments and responsibilities.”

“There’s a wish fulfillment in a character like Reacher,” says co-writer Marshall Herskovitz. “We all want to be somebody who’s going to stand up to the bad guys, and Reacher is this one man retaliatory force for justice. He’s on his own and he doesn’t take crap from anybody.”

Opening across the Philippines on Oct. 19, “Jack Reacher: Never Go Back” is distributed by United International Pictures through Columbia Pictures.