Model turned actress Cara Delevingne stars in the latest action adventure movie “Valerian”, a spectacular visual and epic event set in a universe beyond imagination, the main events of the movie begin in the year 2740.

Classic and familiar, yet wildly exotic and exciting, this epic adventure follows Major Valerian (Dane DeHaan), a roguish government operative and a rising star in the human army. He is an extraordinary warrior with a sixth sense for tactics, and is widely known for his bravery. Accompanying Valerian on his journeys through space is his intrepid partner, Sergeant Laureline (Cara Delevingne), whose innate intelligence is matched only by her steely determination, fierce independence and impressive displays of strength. As driven and focused as she is in her career, Laureline is more old-fashioned and simplistic in her personal life — she wants to fall in love, get married and have a family. In addition to being an excellent space agent, of course. 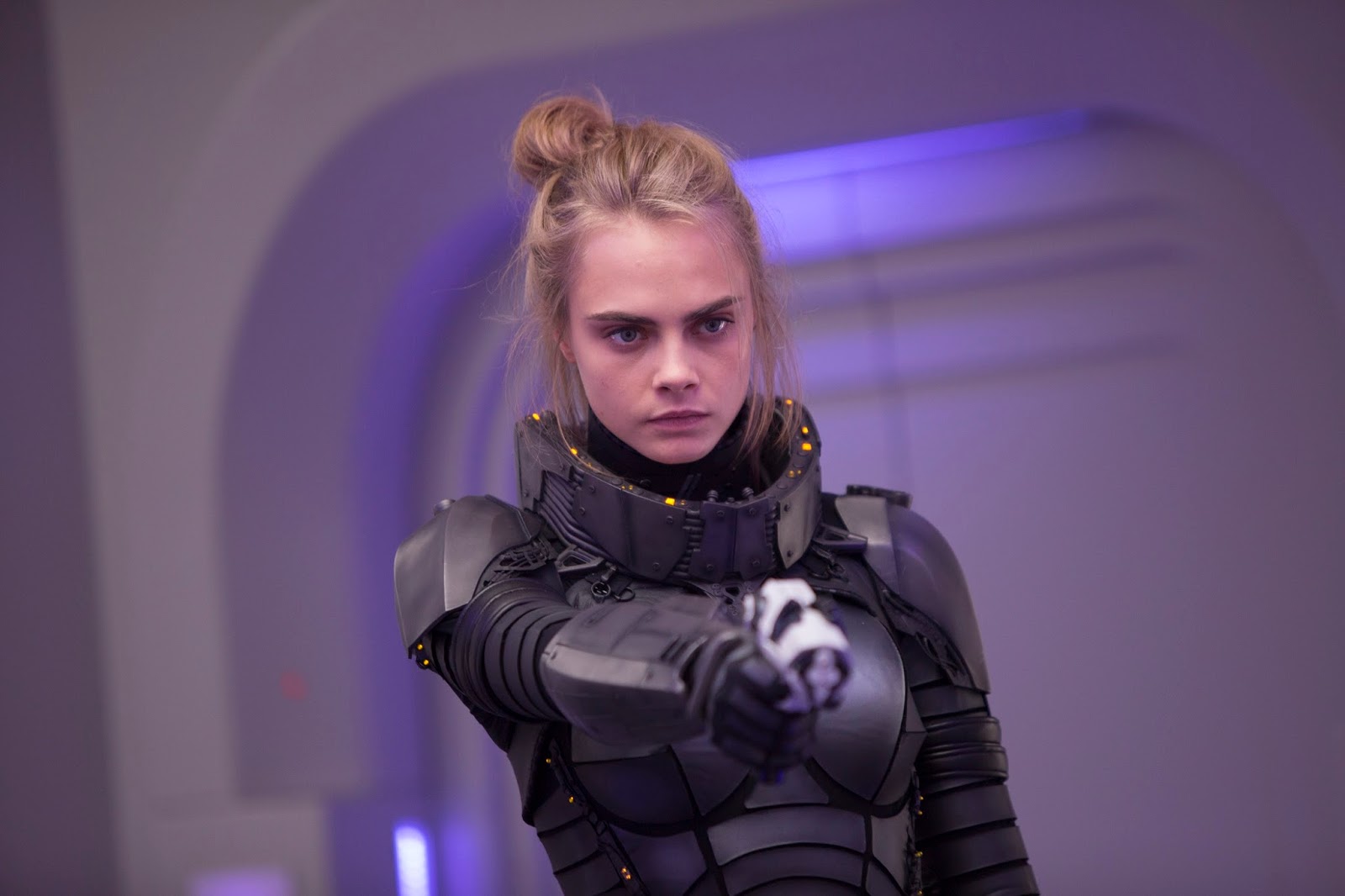 When Laureline is abducted by the twisted Emperor Boulan Bathor III, Valerian must venture into the red-light district known as Pleasure Alley in search of information and uneasy allies. There, he encounters Jolly the Pimp (Hawke) and Bubble (Rihanna), a shape-shifting performer whose unique talents come in handy as she assists Valerian in a daring rescue of Laureline. Enduring wild skirmish after epic battle, Valerian and Laureline finally enter the radioactive Red Zone at the center of Alpha, where they discover the dark secret behind their mission and attempt to save The City of a Thousand Planets before time runs out…and a civilization is destroyed forever.

For the role of the intrepid Laureline, director Luc Besson needed to find an actress who could live up to the spirit of empowerment embodied by our heroine. Laureline is no shrinking violet, no damsel in distress — she is wholly equal to Valerian: brave, strong, whip-smart, and sharing in a 50/50 partnership in their crime-fighting endeavors. It would take someone wildly unique to embody the character that Besson had fallen in love with as a boy. 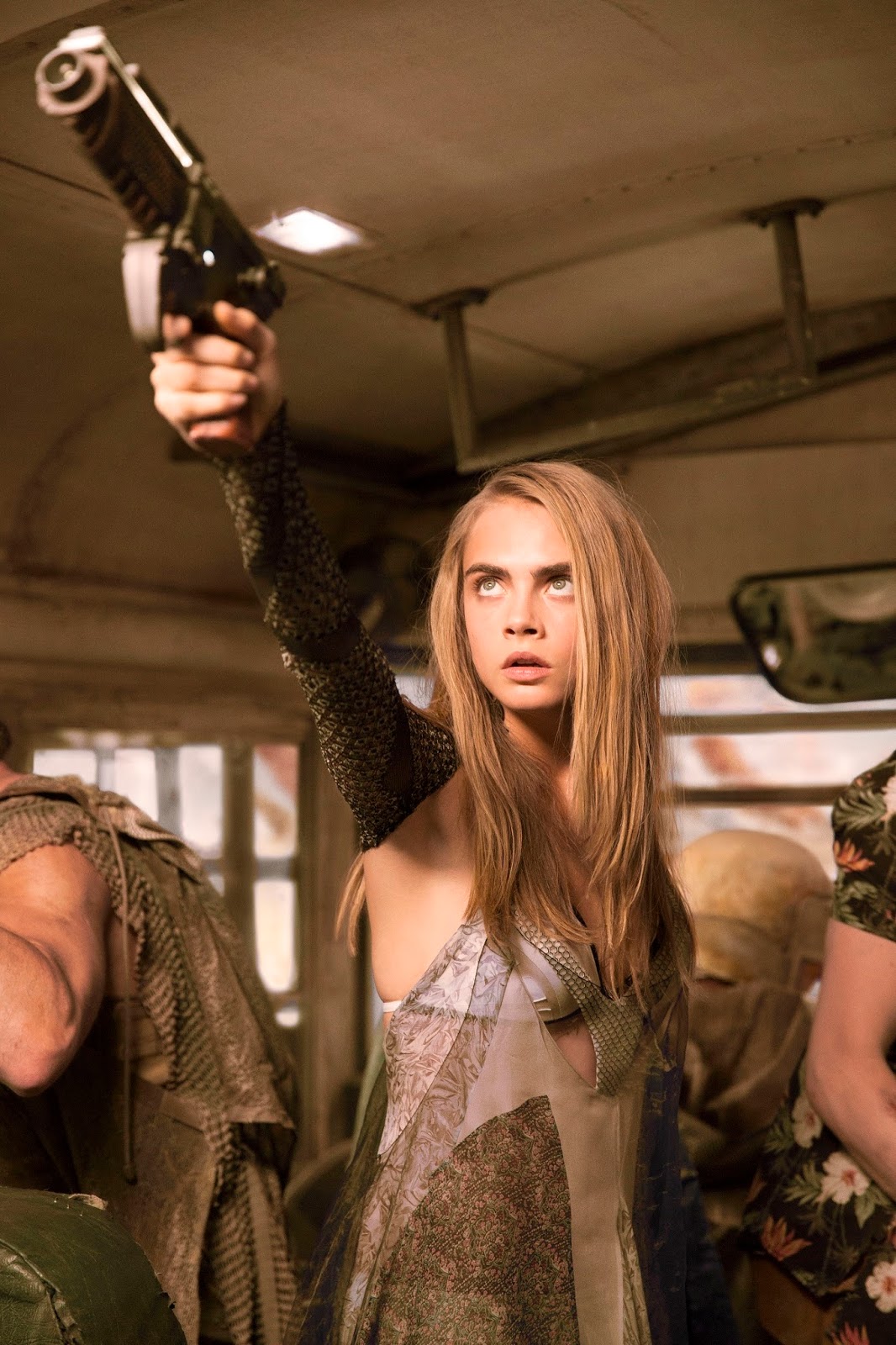 Delevingne proclaimed her ambition to act just before kindergarten, so she was thrilled by the prospect of working with a director whose films she’d long admired. “As a kid, I remember being mesmerized by the colors and the characters in The Fifth Element, like that amazing blue alien,” she reflects. “I fell in love with it, and it’s remained one of my all-time favorite movies.”

Drawn to the space-cop’s take-no-prisoners attitude, Delevingne describes Laureline as, simply, “a badass. She’s a very intelligent, strong woman who holds her own,” the performer says. Still, the character has a softer side. Laureline endures (and enjoys) Valerian’s constant flirtation, but keeps her focus on the mission at hand. Romance must take a back burner to protecting the galaxy. “She has a heart of gold and is romantic, but she doesn’t want to let her guard down.” The actress pauses. “Laureline ends up falling in love while saving the world.” 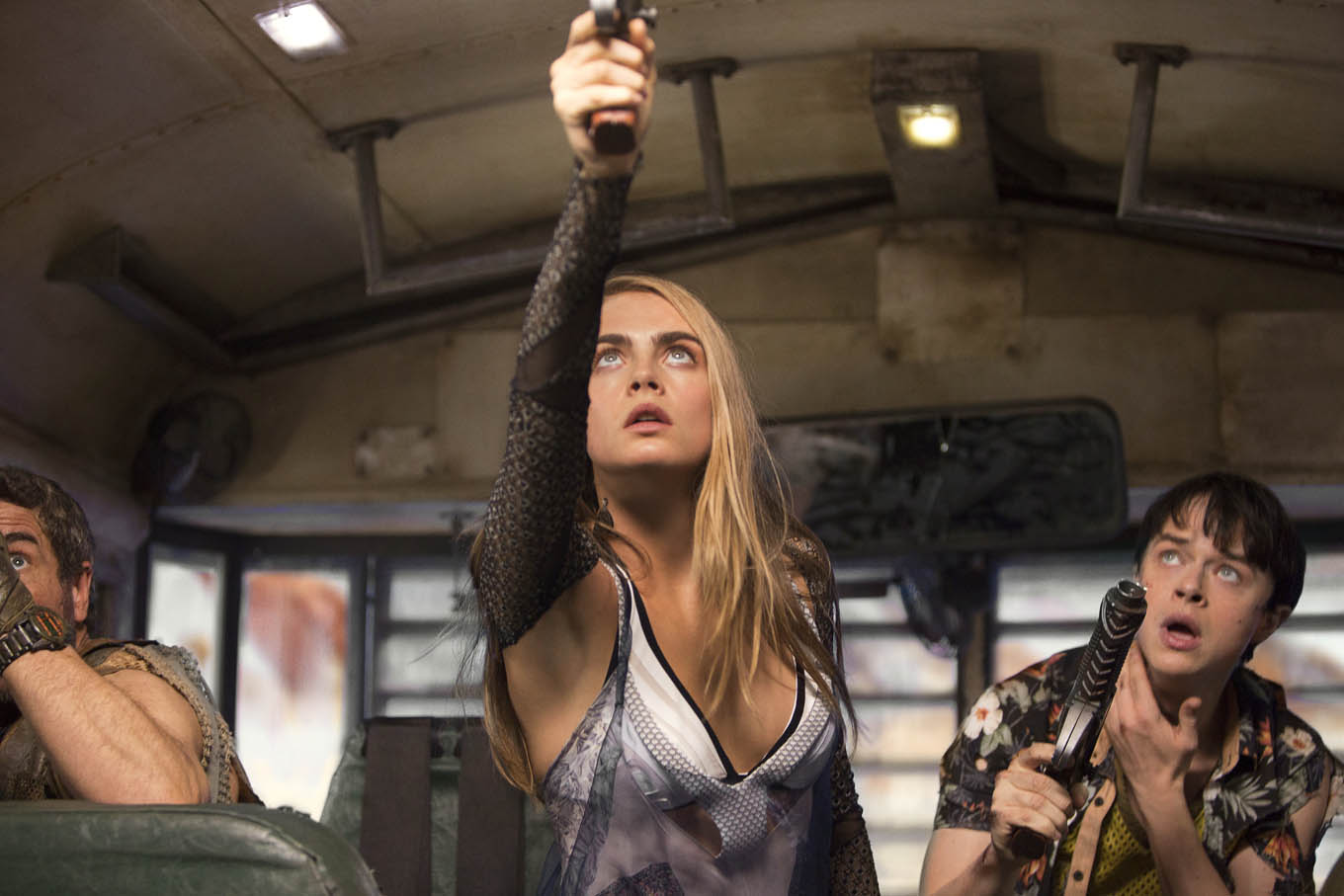 All the sore muscles and professional ablutions were worth it, as Valerian and the City of a Thousand Planets will be a delight for audiences everywhere, according to Delevingne. “This film is visually breathtaking,” she raves. “Audiences will be overwhelmed with all the characters they see. The amount of effort that went into every single thing — costumes, design, the art — created an incredible movie.”

“Valerian” opens in cinemas on July 21 from Pioneer Films.