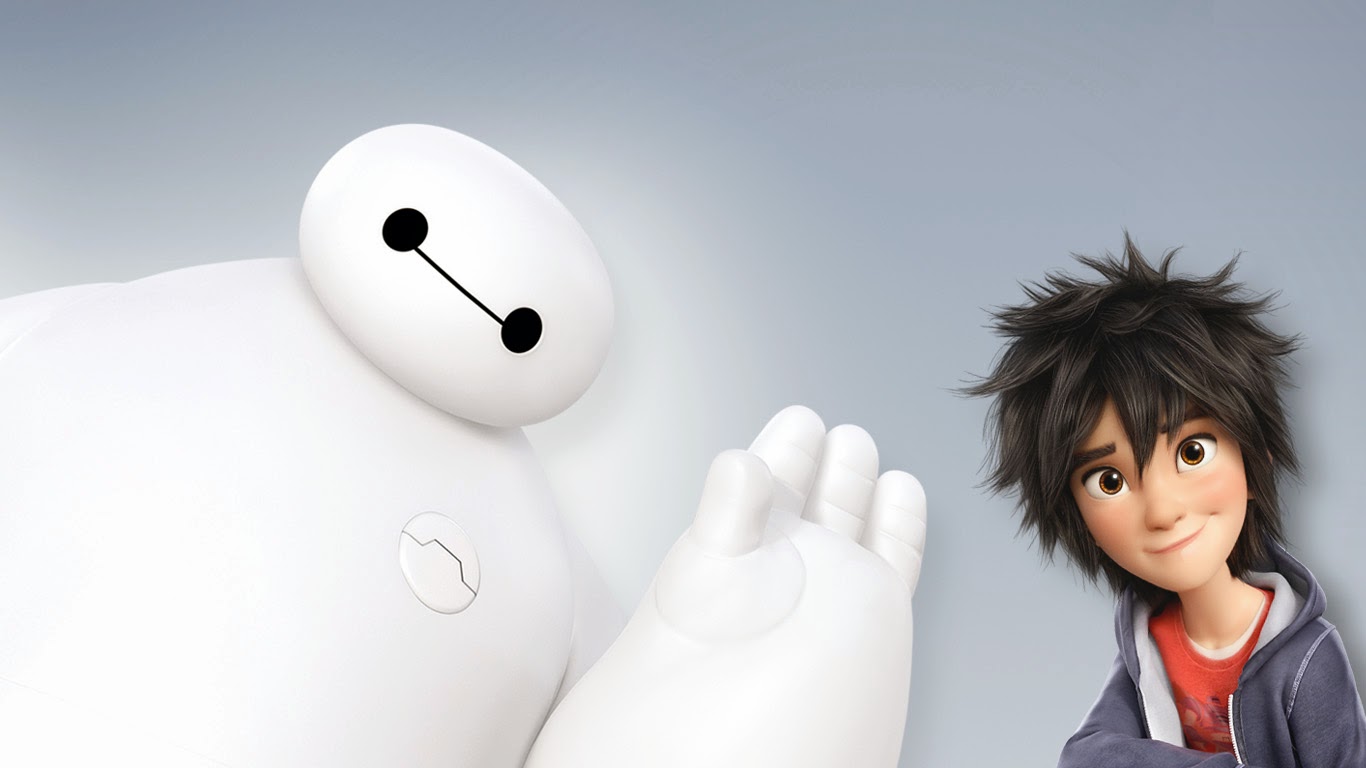 Baymax cares. That’s what he was designed to do. The vinyl robot’s job title is technically Personal Healthcare Companion: With a simple scan, Baymax can detect vital stats, and, given a patient’s level of pain, can treat nearly any ailment. Conceived and built by Tadashi Hamada – Hiro’s older brother — Baymax just might revolutionize the healthcare industry.

“We pick up the story right after Hiro’s loss, and that’s a really hard place to find your main character,” says co-director Chris Williams, who worked on the scene in which Hiro discovers Baymax. “I love characters like Baymax who are newborns—seeing the world in a fresh new way. Then we can all see the world again through their eyes. A character like Baymax is so naïve, so pure, so simple and good. And I loved the comedic potential of having that very quality be exasperating for Hiro.”

Baymax is not equipped with a mouth, so animators had to get creative with the huggable robot. “It’s called ‘un-imating,’” says Mark Henn, lead 2D animator. “It’s a term coined because animators tend to put too much in. Less is best for Baymax. It really did become an exercise in capturing a very quick and easily-read pose. And if he had dialogue, it was all about timing—how much to move his head or when he should blink.”

“We might posture him up a little to show pride,” says head of animation, Zach Parrish. “A head tilt or double eye-blink can mean he’s confused. What’s cool about going that minimal is that it allows the audience to project onto him what they’re feeling, which makes them active participants.”

The look of Baymax informs his character. “Baymax views the world from one perspective—he just wants to help people,” says co-director Don Hall. “He sees Hiro as his patient. At first, Baymax thinks Hiro is going through puberty, and he wants to help him with that. But then he realizes that Hiro’s dealing with the loss of his brother and his mission is to heal his broken heart.”

Not only did Hall like the idea of a soft non-threatening robot, he liked what it could become. “A big part of this movie is that Hiro turns this compassionate nurse robot into a meched-out warrior with some dangerous consequences at stake.”

To Hiro, the nurturing, guileless bot turns out to be more than what he was built for—he’s a hero, and quite possibly Hiro’s closest friend. And after some deft reprogramming that includes a rocket fist, super strength and rocket thrusters that allow him to fly, Baymax becomes one of the “Big Hero 6.”
Scott Adsit was called on to provide the voice of Baymax. “The fact that the character is a robot limits how you can emote,” says producer Roy Conli. “But Scott was hilarious. He took those boundaries and was able to shape the language in a way that makes you feel Baymax’s emotion and sense of humor. Scott was able to relay just how much Baymax cares.”

“Everything Baymax says is essentially programmed because he’s a robot,” says Adsit. “But over time, as he builds a relationship with Hiro, he adapts and deep inside his inflatable self is a soul, I think. He starts out almost like a child—with a waddle and an innocent look—and grows, embodying different aspects of the relationships in our lives: he’s a son, a brother, and eventually a father. So Baymax is family.”

Opening across the Philippines on Nov. 06, “Big Hero 6” is distributed by Walt Disney Studios Motion Pictures International through Columbia Pictures.