Book-smart and mathematically gifted, Certain is a fresh voice in the racing world. But while she may earn top marks in her ability to evaluate a racer’s stats, she could be underestimating the importance of determination.

“Natalie Certain is a know-it-all, bossy pants, super-nerdy character,” shares Washington, who jokes, “I’m nothing like that, so it was a stretch, but I was somehow able to access the truth of this character who thinks she knows everything.”

“Natalie’s a confident, intelligent woman,” says directing animator Jude Brownbill. “Her movements are kind of sharp without feeling too weightless. There’s not much flourish, yet she’s still graceful. She’s all about the facts, so she’s very focused and direct.”

According to production designer Jay Shuster, Natalie Certain’s look is a little more sophisticated by design. “She’s a tech-savvy sedan with details that reflect a controlled and discreet elegance.”

Screenwriter Mike Rich adds that the character is a reflection of the present-day sports industry. “The sports world is really using a lot of stats and metrics right now,” he says. “Statisticians believe that math can predict what will happen in any given sport. But it can’t gauge heart. The character really illustrates one way that sports have changed over the years.”

“Natalie represents the voice of the next-gen racers,” addsproducer Kevin Reher. “She supplies the race commentators with stats that point to the many reasons why Jackson Storm and his fellow high-tech racers are built to win. She has all the facts and figures—none of which are in Lightning McQueen’s favor.” 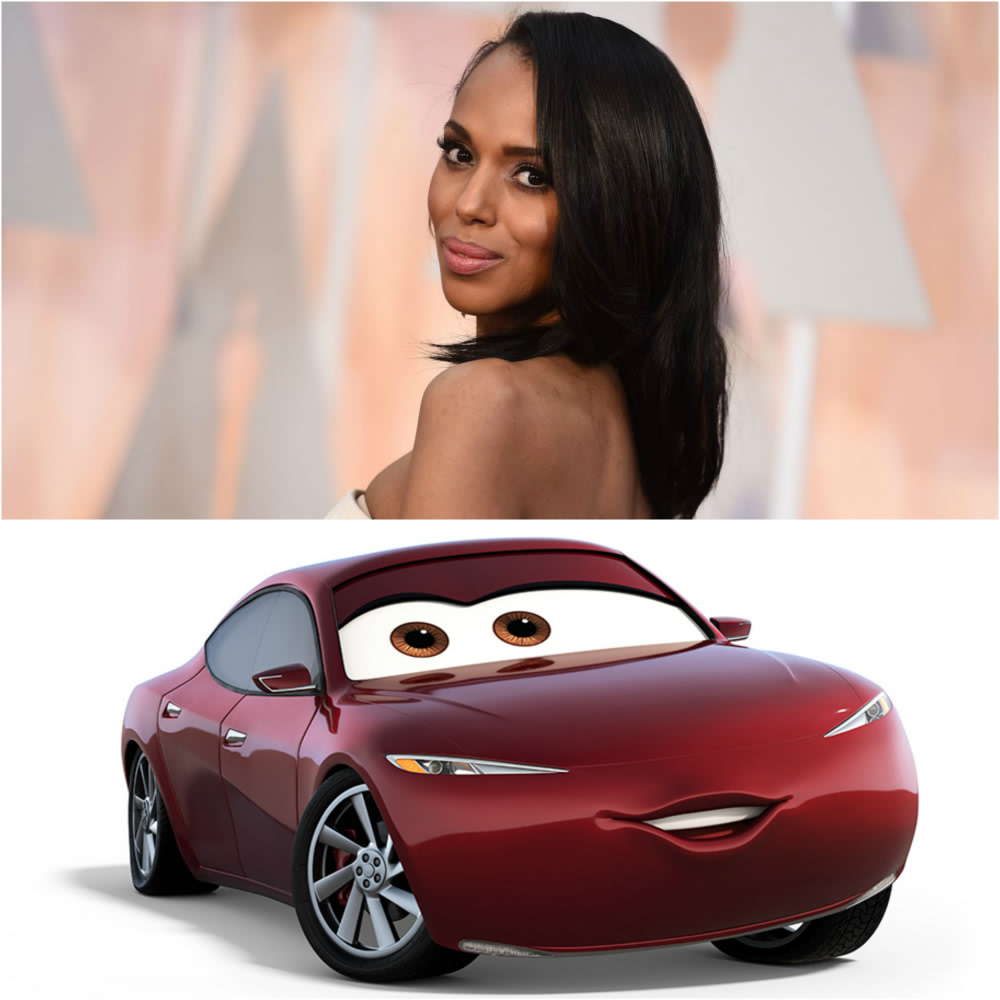 Concludes co-producer Andrea Warren, “Kerry Washington brilliantly brings that poise, charm and assuredness to her character, who is very certain about what she knows to be true of racing.”

Disney-Pixar’s Cars 3 is distributed in the Philippines by Walt Disney Studios.