Universal Pictures and Illumination Entertainment’s new comedy adventure Despicable Me 3 features a new addition to the franchise: Balthazar Bratt, a formidable super-villain who has been plotting to destroy Hollywood after his TV show was canceled.

Once mocked and shunned after his TV series was canceled—due to his quick onset of puberty—Bratt has become obsessed with everything from his glory days. Now embodying his former role’s villainous traits, Bratt surrounds himself with everything ’80s—re-creating the show’s gadgets and vehicles for plotting his revenge.

In classic Illumination fashion, the character is just as defined by his Machiavellian schemes as he is his ridiculousness. “Balthazar Bratt has taken on this child-actor persona as his villain persona,” says cast member Steve Carell who provides the voices of brothers Gru and Dru. “There is also a silly madness to him, and he uses ’80s components as a part of his villainy. The bubble gum he chews become an extremely effective weapon, he dresses in a purple outfit with padded shoulders and parachute pants, and he dispatches people with dance fights.”

Brought aboard to portray Bratt was Trey Parker (TV’s South Park), who was engaged by co-director Eric Guillon’s distinctive character designs. Parker has never lent his vocal talents to a tentpole animated feature that he didn’t write, and—during his first recording session—he revealed that this was the first time he had been directed by anyone but himself.

In defining the role of Bratt, producer Chris Meledandri found Parker to be a key collaborator. “Trey is one of the great vocal actors of our time, and he brought a defined personality that was broad and ‘cartoony’ in the best sense of the word, but one that also has vulnerability and intention in it,” he says. “You leave this film understanding why this character is who he is. Trey has this ability to be wildly funny, but while you’re laughing, you care about what is making you laugh. He is able to embody that, and it’s invisible to you; you just feel it.” 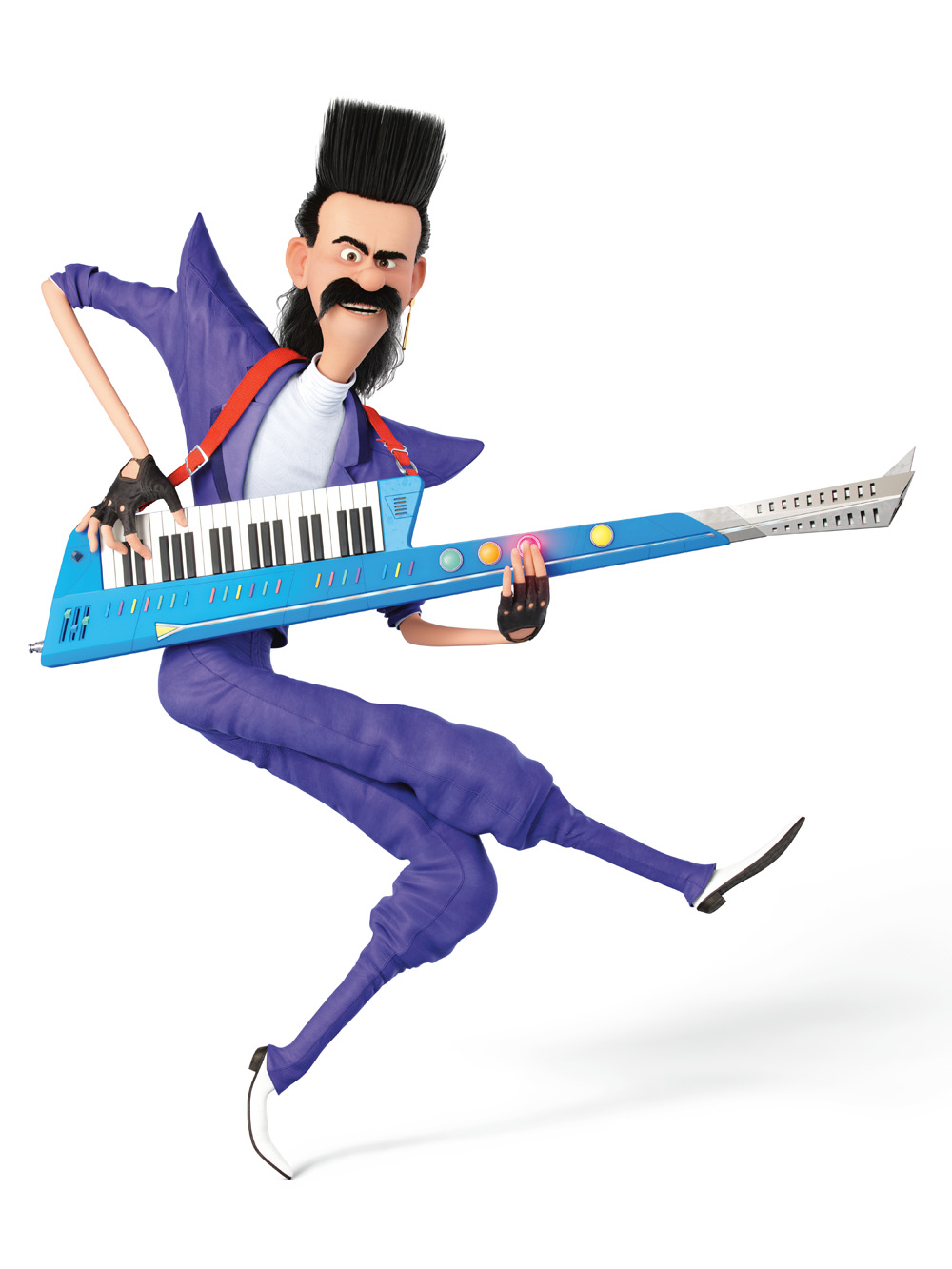 In developing Bratt, the team proposed what would happen if Gru had to face off against someone else who was struggling with the ghosts of his childhood. Director Kyle Balda notes: “Trey had a lot of fun with the voice of Balthazar Bratt, a cheesy character who takes himself very seriously. Trey was able to turn himself into a guy stuck in the ’80s almost immediately. Since he is an animator, he knows exactly what kind of energy is needed for a character. He delivered strongly when it came to giving dynamic, energetic performances.”

Meledandri admits that Gru’s new nemesis is one of his favorite characters Illumination has ever created. “Balthazar Bratt is such an original and funny villain. He can’t get past the fact that his fans don’t care about him anymore, and his motivation is seeking revenge on the world that turned its back on him…and doing it in the guise of a grown-up version of his childhood TV persona. When you take that wacky idea and bring Trey’s voice to it, it brings a whole new attitude into the film. It’s the design, the voice and spectacular animation; the nuance in this performance is exceptional. That’s a tribute to an incredible group, a team who has pulled off one of the greatest animated performances I’ve ever seen.”

Illumination Entertainment continues the story of Gru, Lucy, their adorable daughters—Margo, Edith and Agnes—and the Minions in Despicable Me 3 now playing in Philippine cinemas. 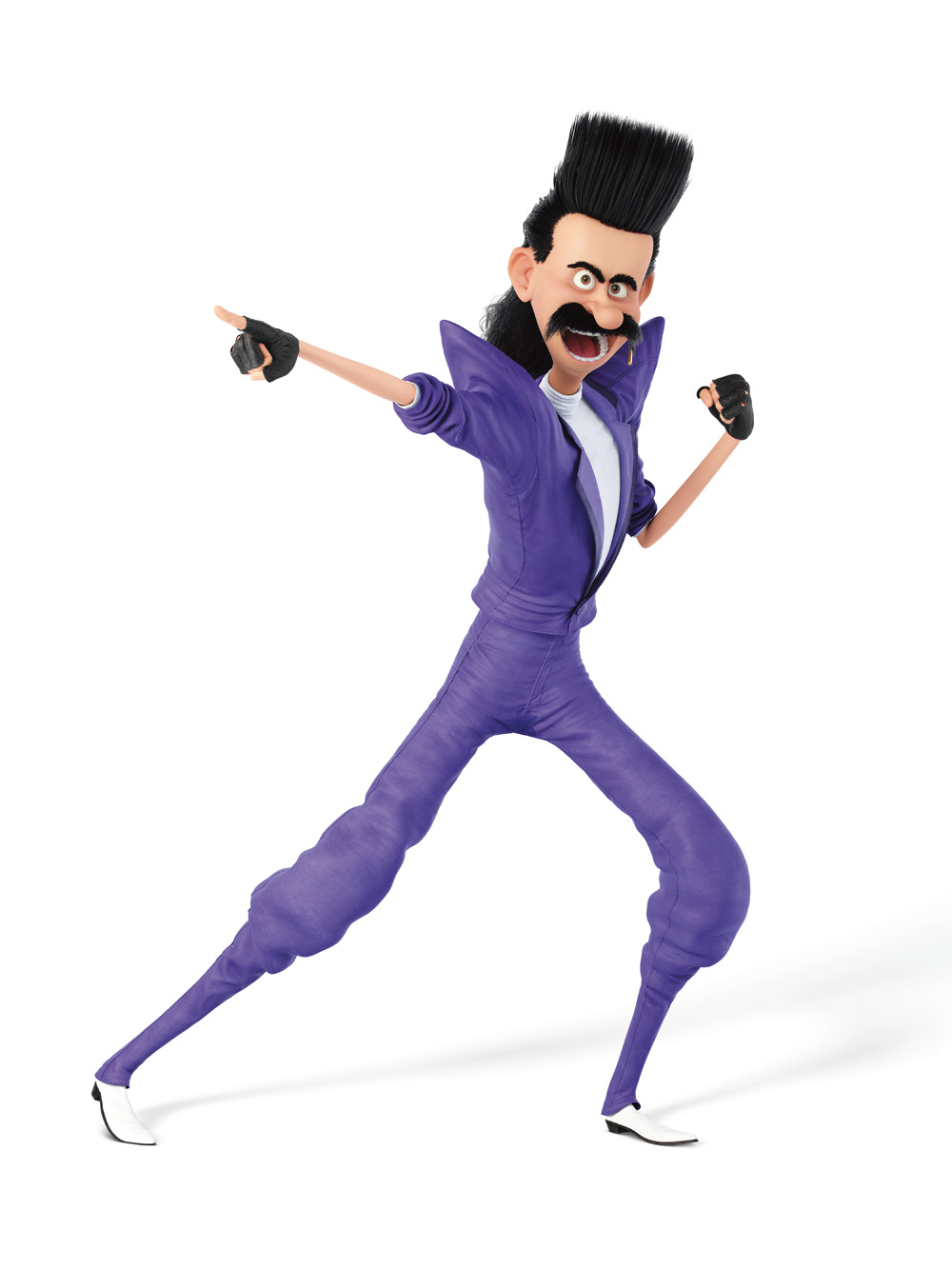 After he is fired from the Anti-Villain League for failing to take down the latest bad guy to threaten humanity, Gru finds himself in the midst of a major identity crisis. But when a mysterious stranger shows up to inform Gru that he has a long-lost twin brother—a brother who desperately wishes to follow in his twin’s despicable footsteps—one former super-villain will rediscover just how good it feels to be bad.

The Music of “Home”