In the near future, crime is patrolled by an oppressive mechanized police force. But now, the people are fighting back. When one police droid, Chappie, is stolen and given new programming, he becomes the first robot with the ability to think and feel for himself. As powerful, destructive forces start to see Chappie as a danger to mankind and order, they will stop at nothing to maintain the status quo and ensure that Chappie is the last of his kind.

In his films “District 9” and “Elysium,” filmmaker Neill Blomkamp invited viewers to reimagine our world. In those films, Blomkamp combined pulsing action with a social conscience that made the films unforgettable. In his new film, “Chappie,” Blomkamp is at it again.

With the entire city under the so-called “protection” of the police droids, in comes an entirely new creation – Chappie, the first robot that can think and feel for itself. Once a police droid, Chappie is stolen and put to entirely different purposes.

There are those, like Vincent Moore (Hugh Jackman), who see a thinking robot as the end of mankind – after all, when a machine can think, what does it need a human for? But others, like Chappie’s creator, Deon Wilson (Dev Patel), see Chappie as a living, breathing, and entirely human form of life – and the last hope for humanity, even if he isn’t human himself.

“The idea was to take something as unhuman as a robot – especially a police robot – and give him complete human characteristics, to the point that he becomes more emotional than the human characters,” says Blomkamp. “That’s the backbone of the irony of the movie – a police droid becomes sentient, and begins to display characteristics that are more moral, ethical, and conscientious than human beings tend to.” 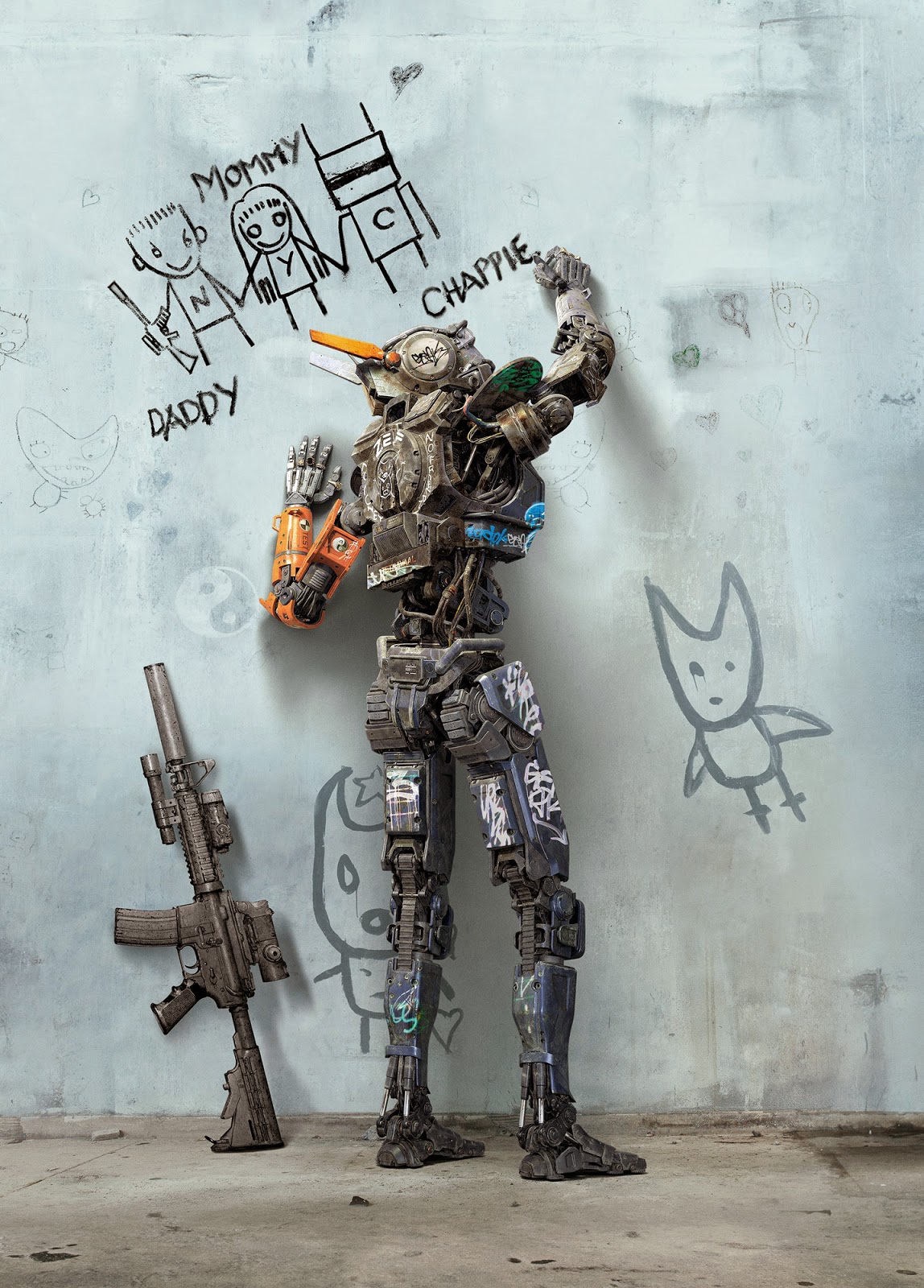 In the film, Blomkamp tells the story of a young, impressionable mind – the robot, Chappie – who falls in with the most unlikely of influences. “Chappie is quickly pulled into the seedy, crime-ridden underworld of Jo’burg, and he’s raised by two parents – one good, and one bad,” says Blomkamp. From here, Chappie is caught between powerful forces – and when those forces face off, an entire city hangs in the balance.

Simon Kinberg, who produces the film with Blomkamp, notes that “Chappie” fires on all cylinders because Blomkamp does what he does so well: the film combines the big ideas that obsess the filmmaker with an action-packed, highly entertaining story unlike any other. “He’s made an action movie that is also a dramatic character story that is also an intellectual study about what it means to be human, what it means to have intelligence. The most important thing in the film is that the audience falls in love with Chappie, that their hearts break when Chappie is hurt and are excited when he is victorious. You root for this robot. The movie does a lot of different things in a way that only Neill can do.”

Opening across the Philippines on March 05, “Chappie is distributed by Columbia Pictures, local office of Sony Pictures Releasing International.

Watch the “Evolution” Vignette for “Jumanji: Welcome to the Jungle”