ReZirb
Home Entertainment Cooper, Diesel Team Up as Rocket, Groot in “Guardians of the Galaxy...

Superstars Bradley Cooper and Vin Diesel return to lend their voices to Rocket and Groot in Marvel Studios’ Guardians of the Galaxy Vo. 2, the highly anticipated sequel, featuring the world’s favorite band of intergalactic misfits.

The action-adventure is written and directed by James Gunn (Guardians of the Galaxy, Dawn of the Dead).

When it comes to voices, James Gunn knows Rocket’s better than anyone as the director has many times professed that there is a little bit of himself in the character. Rocket, a tortured little beast who’s been torn apart and put back together, is still incredibly funny and heartfelt at times, particularly as voiced again by Academy Award® nominee Bradley Cooper. 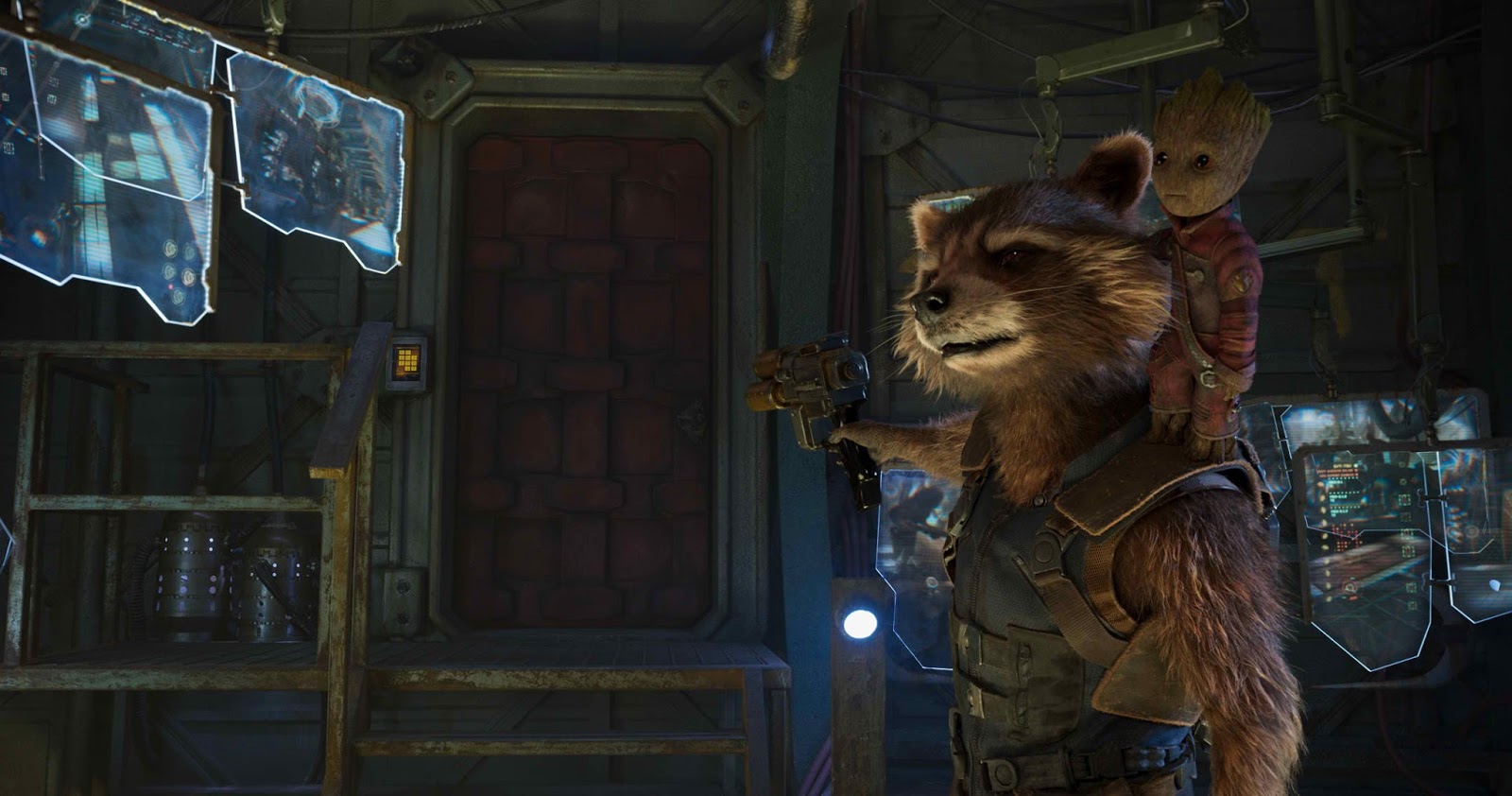 A scene stealer in the first Guardians of the Galaxy with only the same three words of ‘I am Groot,’ was the wise, old, talking humanoid tree creature Groot, voiced by Vin Diesel. Despite his unique appearance and extremely limited communication skills, Groot embedded himself in the heart of audiences around world with just those three little words. A valuable ally and a loyal friend to Rocket and the Guardians, the character makes the ultimate sacrifice and returns in the sequel as a baby Groot.

Voiced again by Diesel, the little Groot is a totally different character. “He doesn’t have the memories of adult Groot and he is a baby,” explains Gunn. “He’s completely adorable, but has a lot more anger issues than adult Groot did. All of the other characters react to Baby Groot in different ways. Drax doesn’t like him. Rocket yells at him a lot, but he is okay with him. Gamora definitely has motherly instincts towards him, and Quill barely acknowledges his existence.” 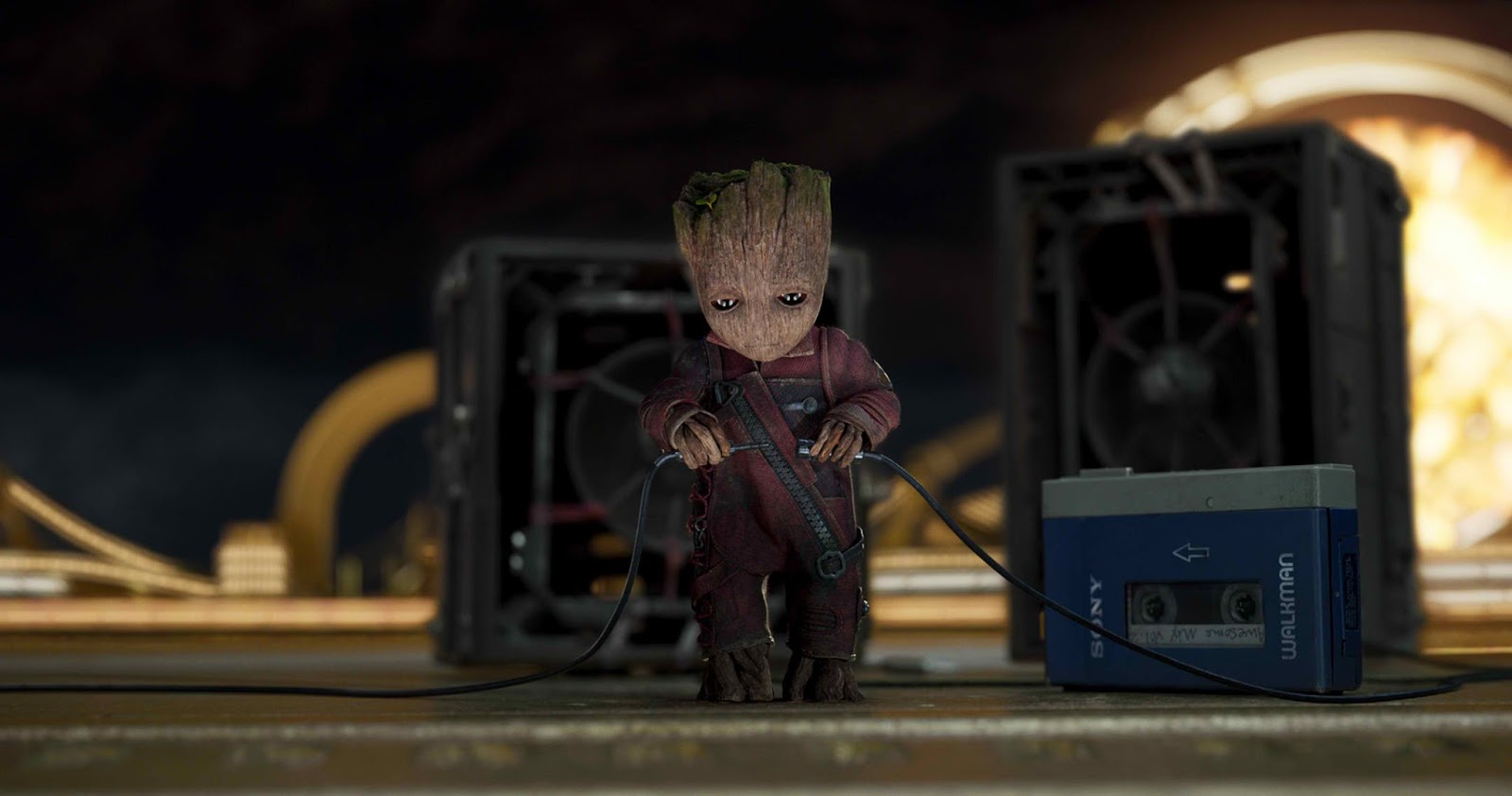 Picking up where Guardians of the Galaxy—2014’s highest grossing film of the summer—left off, Marvel Studios’ Guardians of the Galaxy Vol. 2 continues the action-packed, irreverent, epic space adventures of Peter Quill aka Star-Lord and his gang of eccentric characters as they patrol and protect the universe, doing mercenary work in the wake of the popularity and fame they garnered from saving Xandar.

Set to the backdrop of Awesome Mixtape #2, the story follows the team as they fight to keep their newfound family together while traversing the outer reaches of the cosmos to unravel the mysteries of Peter Quill’s true parentage. Old foes become new allies and fan-favorite characters from the classic comics will come to our heroes’ aid as the Marvel Cinematic Universe continues to expand.

The film stars Chris Pratt as Peter Quill/Star-Lord, Zoe Saldana as Gamora, Dave Bautista as Drax, Vin Diesel as the voice of Groot, Bradley Cooper as the voice of Rocket, Michael Rooker as Yondu, Karen Gillan as Nebula, Pom Klementieff as Mantis, Elizabeth Debicki as Ayesha, Chris Sullivan as Taserface, Sean Gunn as Kraglin, Tommy Flanagan as Tulik, Laura Haddock as Meredith Quill, with Sylvester Stallone as Stakar, and Kurt Russell as Ego.

Dare To Survive In The Seductive World Of Social Media In...