In the film, Rothe plays a college student named Tree Gelbman who relives the day of her murder with both its unexceptional details and terrifying end until she discovers her killer’s identity.

When Tree is woken up by her cell phone ringing at the beginning of the story, the audience quickly discovers that it is her birthday. She is not thrilled about it being her special day, and is dodging her father’s phone calls…for reasons that will soon allow for character sympathy. It quickly becomes clear that she is not a nice person—and one that has many enemies that might be interested in her vanishing. 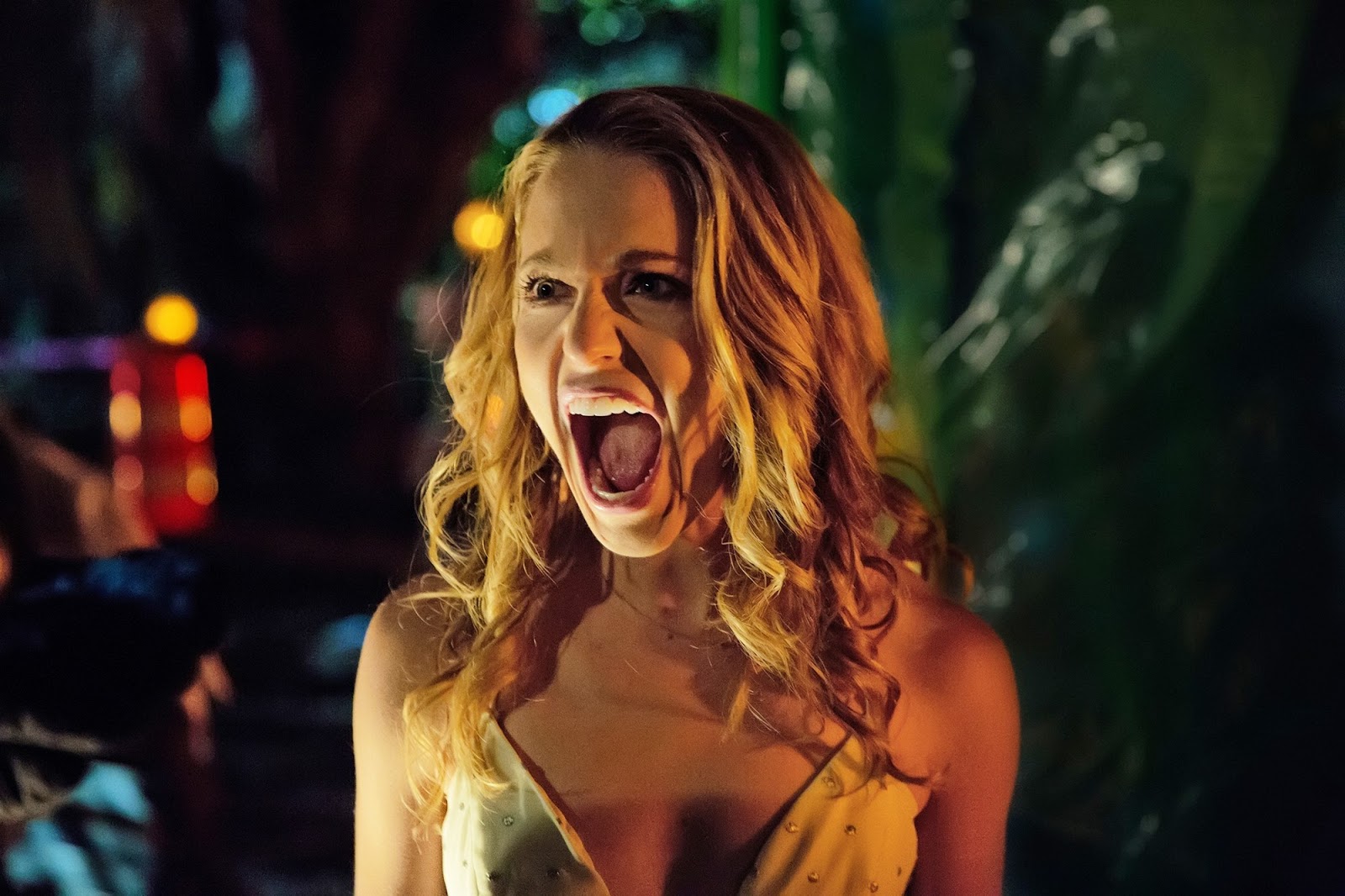 Director Christopher Landon sets up her personality: “Tree is initially your stereotypical sorority girl. The world that she exists in is all about appearances: She is focused on her looks, her body and her Instagram.” He pauses. “Still, you get a sense that deep down that is not who she truly is.”

For Landon, it was a no brainer to turn to Rothe for the role of Tree, a character who is in virtually every scene of the film. The director explains: “Jessica is unbelievable because she had to run the gamut. She had to be the uptight bitch, but then she had to be this vulnerable girl trying to figure out her life. On top of that, she needed to be terrified while being hunted down by an unknown killer…and then she had to be empowered and fight back. Her range is incredible.”

Rothe was immediately hooked with the story’s ability to capture her imagination and allow her to experience and present such a range of emotions. “I love when I read scripts that truly pop off the page, capture your emotions and allow you to invest in the lives of the characters. This was one of those scripts for me. The amazing balance of humor, horror, action and heart is something you just do not find often.”

The performer reflects on the exact moment she was positive she had to play Tree: “I knew I had to do this film was when I read the ‘Tree dies six ways while looking for her killer and living her life like a badass set to upbeat pop music’ montage,” she laughs. “This montage is everything that is brilliant about the film. We watch Tree become an active participant in her life instead of a victim, but it is fun—at moments scary—and doesn’t take itself too seriously. Tree is a true modern-day scream queen, and her transformation from bitchy victim to badass heroine is one you do not get to see often. I knew that I had to play her, get in her skin, move around and take her out for a spin.”

“Our film is unique in the sense that the moments of heart-pounding suspense are sandwiched with humor, everything from biting wit to fart jokes,” concludes Rothe. “I have always found that the most effective films are those that utilize the juxtaposition of contrasting emotions to heighten each other.”