MANILA, March 13, 2017 – Kong: Skull Island, Warner Bros. Pictures’, Legendary Pictures’ and Tencent Pictures’ epic reimagining of one of cinema’s mightiest monster myths, thundered to the top of the Philippine box office, earning a total of more than P77.86-M across 290 screens, with no signs of slowing down. The announcement was made today by Francis Soliven, General Manager of Warner Bros. Philippines.

In making the announcement, Soliven stated, “Director Jordan Vogt-Roberts and his extraordinary cast and filmmaking team have delivered the crowd-pleasing monster movie that audiences across the Philippines have been waiting for. We couldn’t be more thrilled with the film’s incredible debut, and the responses of both critics and moviegoers promise that Kong will roar well into the season.”

In the US, Kong: Skull Island emerged victorious after a battle of the beasts that pitted the giant ape movie against Logan. Cresting a wave of good reviews, Kong: Skull Island topped the domestic box office, racking up a mighty $61 million which is above expectations. Early estimates had Kong debuting to between $45 million and $50 million.

The producers of Godzilla reimagine the origins of one the most powerful monster myths of all in Kong: Skull Island, from Warner Bros. Pictures, Legendary Pictures and Tencent Pictures.

A compelling, original adventure from director Jordan Vogt-Roberts (The Kings of Summer), the film tells the story of a diverse team of scientists, soldiers and adventurers uniting to explore a mythical, uncharted island in the Pacific, as dangerous as it is beautiful. Cut off from everything they know, the team ventures into the domain of the mighty Kong, igniting the ultimate battle between man and nature. As their mission of discovery becomes one of survival, they must fight to escape a primal Eden in which humanity does not belong. 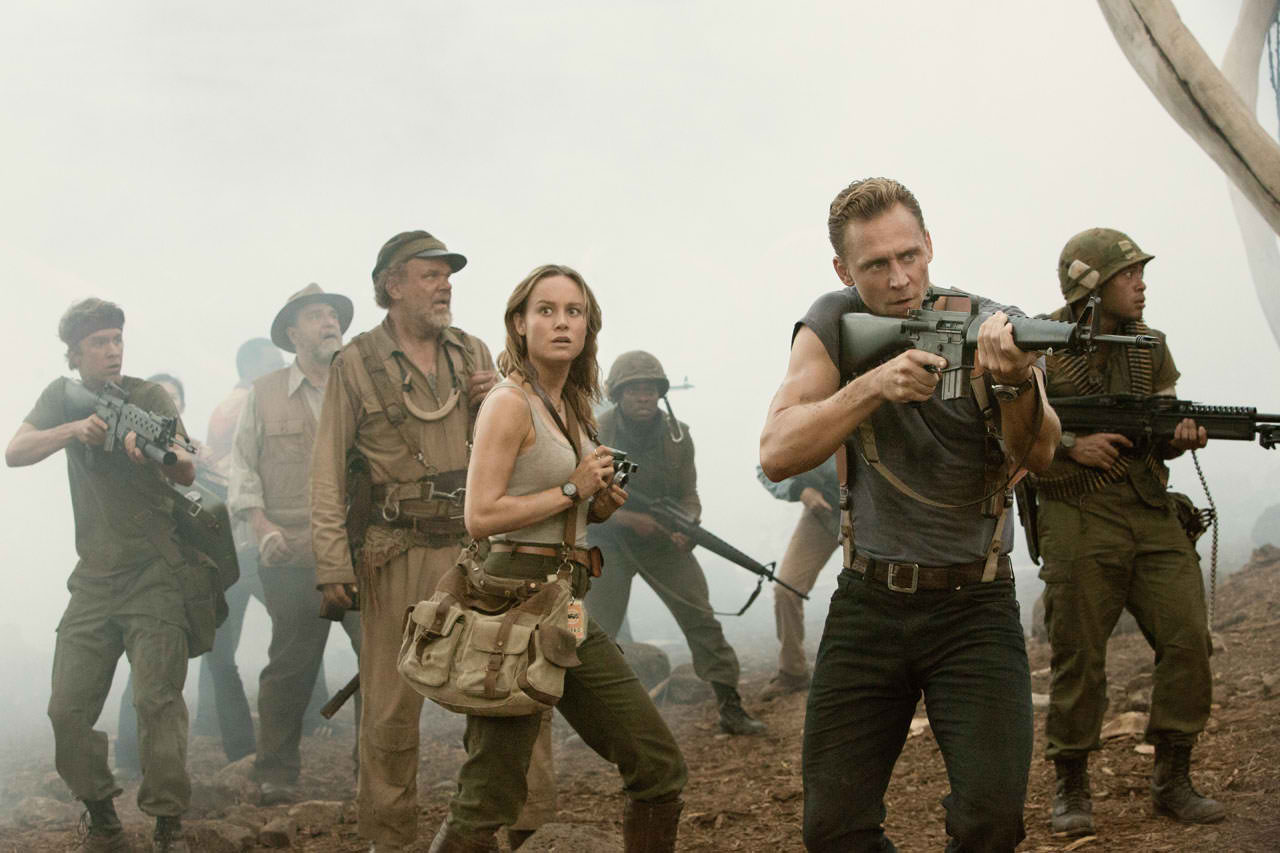