What happens when you team up a former X-Games star with a busted-up body and a painkiller habit, and an over-sexed undercover Fed with too much confidence, give them each a badge and a bike and set them loose on the sun-baked highways of Southern California?

More to the point, if you’re writer/director Dax Shepard, you deliver CHIPS, a buddy cop comedy loaded with enough action, stunts and hard-R humor to push it to the legal limit.

Shepard also stars as Jon, opposite Michael Peña as his partner, Ponch. “This is about two very different guys with vastly different agendas and skill sets, who have to learn how to ride together, pick up the slack for each other and ultimately trust each other with their lives,” Shepard says. And if that sounds a little high-minded, “It also has nudity—though granted, mostly of me—and epic chases, destruction, and explosions. I don’t think we went more than three days on this movie without blowing something up. The action is real, the jumps are real and the fights are almost real.” 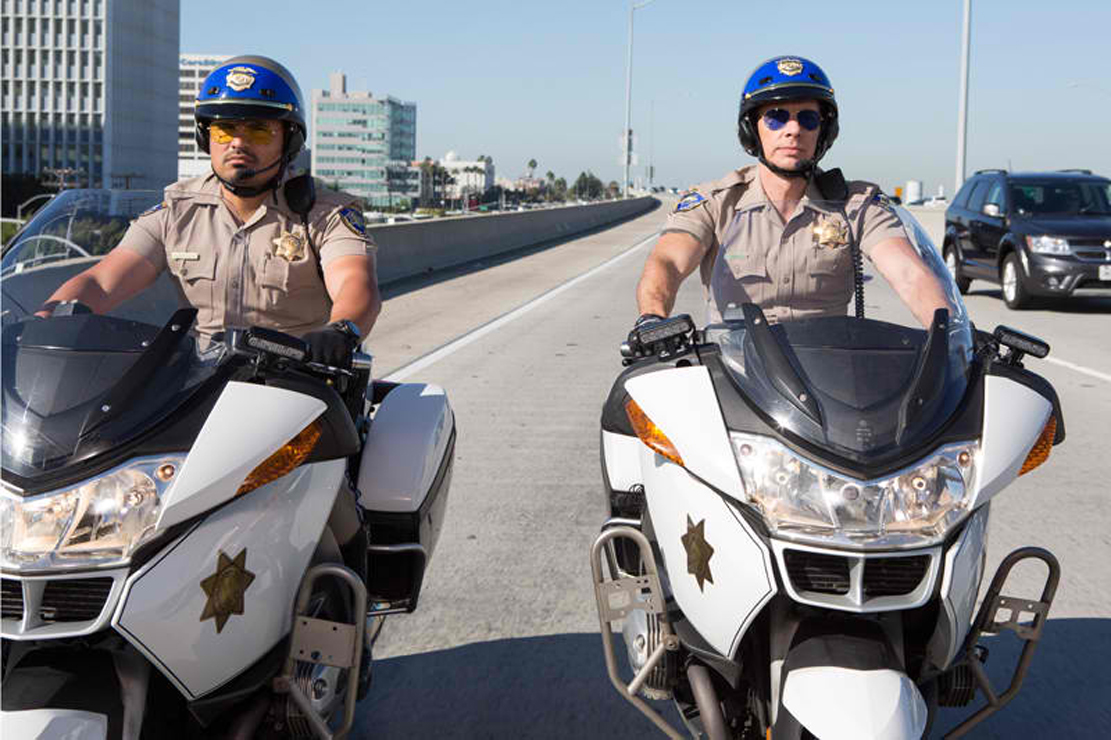 In the film, Jon Baker (Shepard) and Frank “Ponch” Poncherello (Peña) have just joined the California Highway Patrol (CHP) in Los Angeles but for very different reasons. Baker is a beaten up pro motorbiker trying to put his life and marriage back together. Poncherello is a cocky undercover Federal agent investigating a multi-million dollar heist that may be an inside job—inside the CHP.

The inexperienced rookie and hardened pro are teamed together, but clash more than click, so kickstarting a partnership is easier said than done. But with Baker’s bike skills combined with Ponch’s street savvy it might just work…if they don’t drive each other crazy along the way.

Producer Andrew Panay, who collaborated with Shepard on the 2012 romantic action comedy Hit & Run, signed up for the ride as soon as he read the script. “It’s incredibly funny, and wall-to-wall action,” he says. “The comedy is edgy and the action is a little throwback because it’s not a lot of visual effects. We did most of the stunts in-camera, and Dax does a lot of his own stunts, so it feels authentic.”

“I can think of a lot of movies that are funny but I don’t remember the action, or it was just background,” says Peña. “This is obviously a comedy, but Dax wanted the jokes and the stunts to work together so when we transition into the action sequences there’s validity to it. He really gets the setups and the payoffs and how to break down the characters so people can relate.” 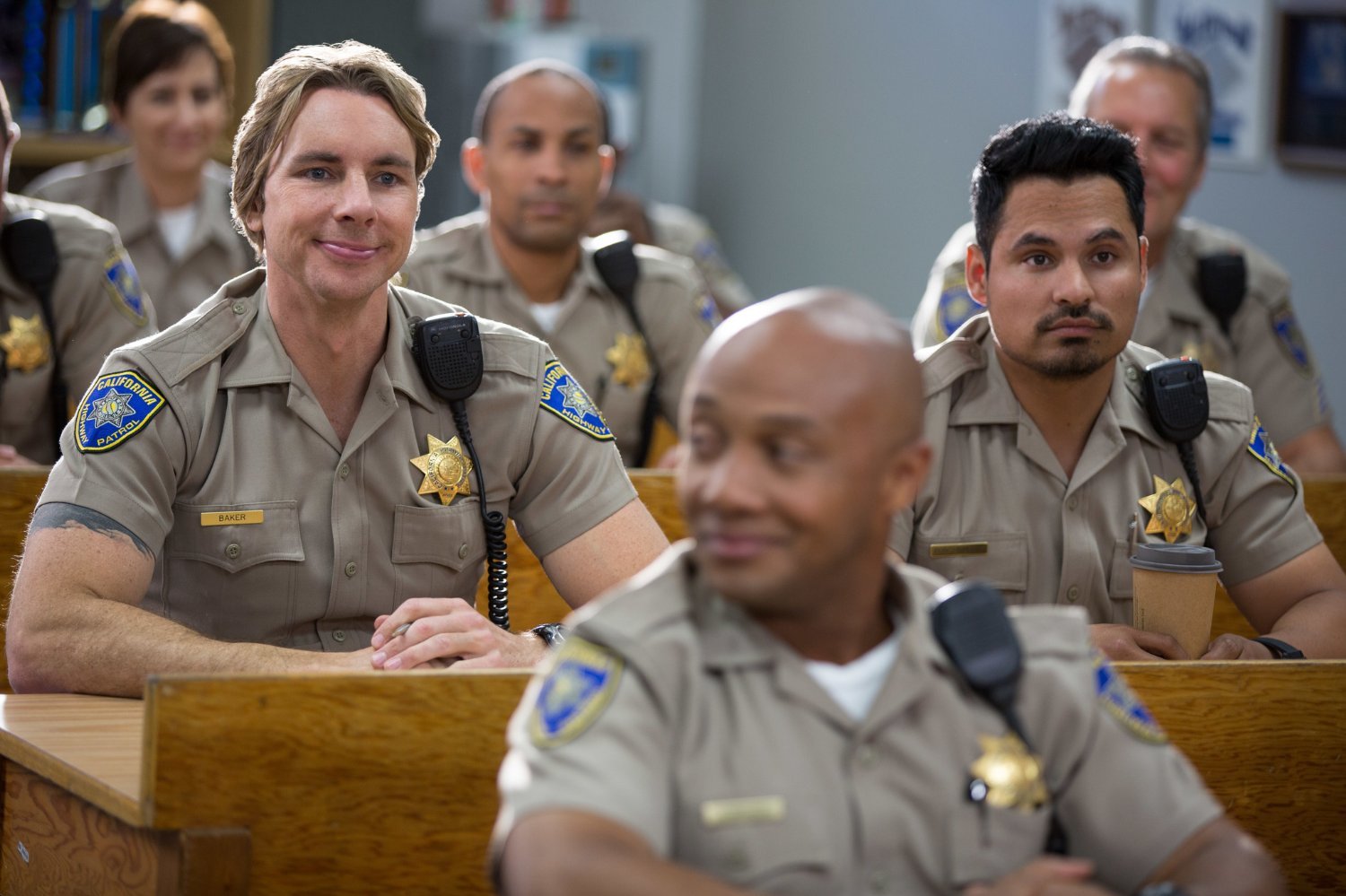 A running joke in the film, Jon’s touchy-feely observations contrast with Ponch’s more down-and-dirty commentary, like the way he has to enlighten his out-of-circulation partner on the current sexual scene—namely certain back door maneuvers Jon had no idea had gone mainstream.

Either way, what it boils down to is them being themselves. And being guys. “Ponch and Jon come from opposite directions on so many things,” says producer Ravi Mehta. “Not only tight-lipped versus TMI, but Jon’s a stickler for the rules and Ponch likes to fly by the seat of his pants, so they start out not clicking at all. But once they’re through fighting it, and let their guards down, they actually feed off of how different they are. That’s when it becomes more of a bromance and a true partnership.”

Ryan Reynolds Tries To Fit In Despite Being A Misfit In...