One of the most breathtaking visual stylists of our time, Zhang Yimou (Hero, House of Flying Daggers) directs the Universal Pictures and Legendary Pictures’ action-fantasy The Great Wall, marking his first English-language production and the largest film ever shot entirely in China.

In the film, when a mercenary warrior (Matt Damon) is imprisoned within The Great Wall, he discovers the mystery behind one of the greatest wonders of our world. As wave after wave of marauding beasts, intent on devouring the world, besiege the massive structure, his quest for fortune turns into a journey toward heroism as he joins a huge army of elite warriors to confront this unimaginable and seemingly unstoppable force. 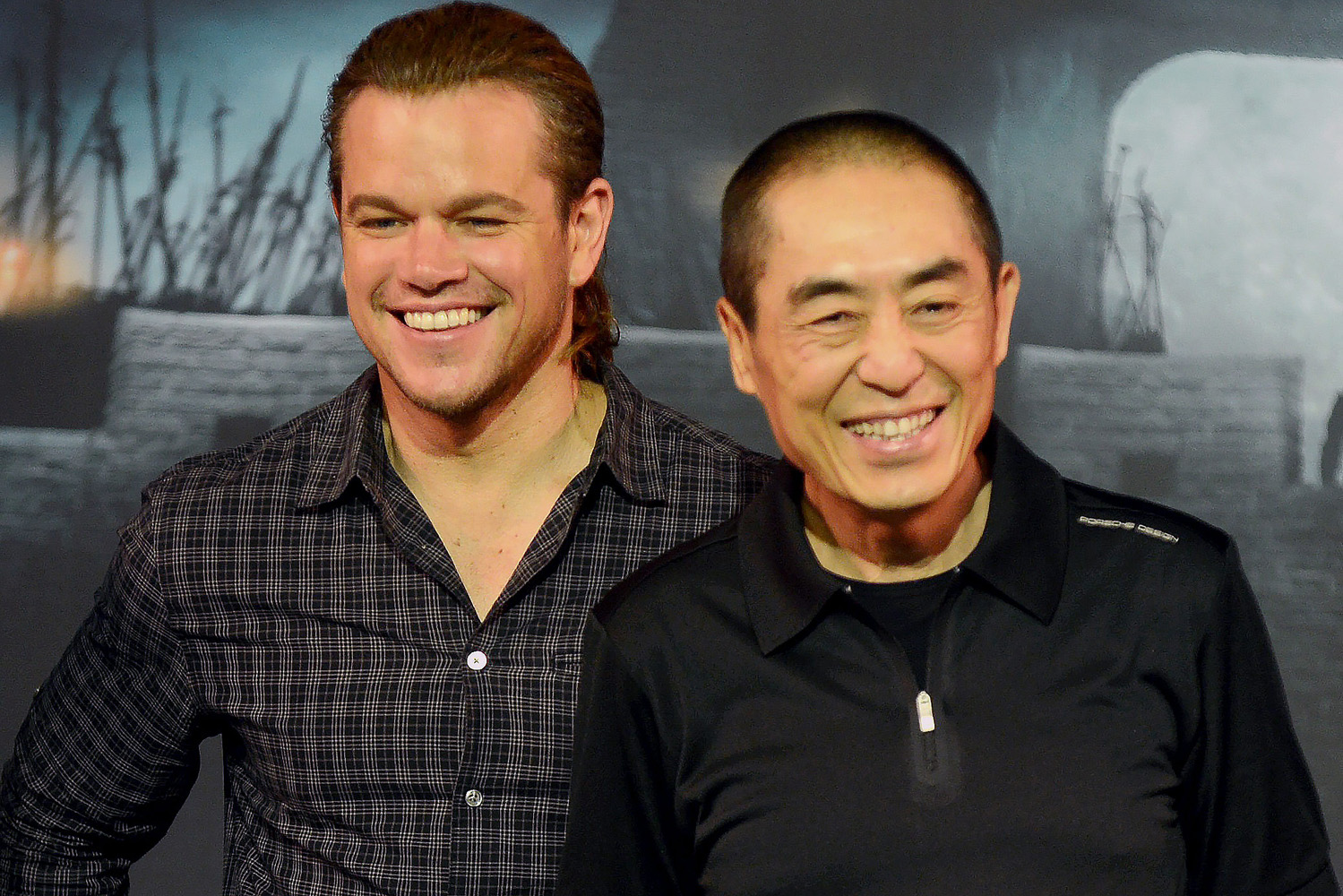 Zhang Yimou is one of the planet’s most celebrated filmmakers. Among his two dozen feature credits, he directed the first Chinese production to earn a Best Foreign Language Film Academy Award® nomination, Ju Dou (1990), with two more nominations for Raise the Red Lantern (1991) and Hero (2002).

Among many career triumphs, he won global accolades for his magnificent staging of the opening and closing ceremonies of the 2008 Beijing Olympiad, a feat that fan and fellow filmmaker Steven Spielberg called “the grandest spectacle of the New Millennium from this creative genius.” That accomplishment landed Zhang as runner-up for Time magazine’s 2008 Person of the Year.
Producer Charles Roven raves, “The Great Wall has all the visual splendor and spectacle of an extravagant film, and it is shot amazingly by one of the most iconic filmmakers working today. His visuals are stunning, the colors that he uses are incredible, and the shots that he designs—whether they’re regular 24 frames or slow-motion—are art.”

Roven also appreciated that Zhang Yimou embraced the throughline of cultural collaboration that permeated the story. “Watching Yimou, with his cinematic vision, translate the script into a unique way of creating spectacle is an unforgettable memory. He was quite interested in blending the cinema styles of Western tent-poles with Chinese filmmaking,” notes Roven. “Here was material that was completely conducive to it, and we were thrilled that he wanted to join the production.”

“The Great Wall is in the lyrics of our National Anthem, so it symbolizes the same thing in the heart of all Chinese, which is our people, our country and our history,” reflects Zhang Yimou. “We use it to express many things spiritual. To all of us in China, The Great Wall is a symbol of China’s national spirit. It resonates in every Chinese person, as a symbol of our traditions and our flesh-and-blood.”
The filmmaker believes that applies to this story as well. “In the movie, The Great Wall symbolizes the safeguard of peace and national spirit,” he continues. “I thought the screenplay was a special story, especially when you look at The Wall from a different angle. The Wall was built to protect our homeland from invaders. From this perspective, it makes little difference whether the enemy is people or monsters.”

For Zhang Yimou, to mount this undertaking would be to celebrate enormous pride. “This is a movie about Chinese history and culture shot entirely on location in China,” he reflects. “What attracted me most was the Chinese cultural elements. Yes, it is a monster movie, but I believed I could still express myself through it. It is a fascinating story with interesting themes and emotions.”

Opening across the Philippines on January 25, The Great Wall is distributed by United International Pictures through Columbia Pictures.

Dare To Survive In The Seductive World Of Social Media In...