No stranger to the role of Steve Rogers/Captain America after developing the character over three films, Chris Evans admits that there is still more to learn about the quintessential American hero in Marvel’s “Avengers: Age of Ultron.”

“Steve Rogers is still trying to figure out where he belongs,” says Evans. “He’s always been a soldier and he’s fit in that format. He enjoys structure and he enjoys having orders and a plan, and without that he does feel a bit aimless, but he is still searching for whether or not he can have a life outside of being Captain America. He’s been of service for so long that trying to figure out what he would do without his uniform and shield is a bit of a puzzle.”

Post Marvel’s “Captain America: The Winter Soldier,” Evans points out that the world has changed for The Avengers team. “S.H.I.E.L.D. has fallen since the last ‘Captain America,’ so now we’re all kind of relying on one another,” explains Evans. “There’s really no one to report to, so it’s this loose hierarchy. They’re just leaning on each other as soldiers; there’s no one person giving commands but they are operating as a true group now.” 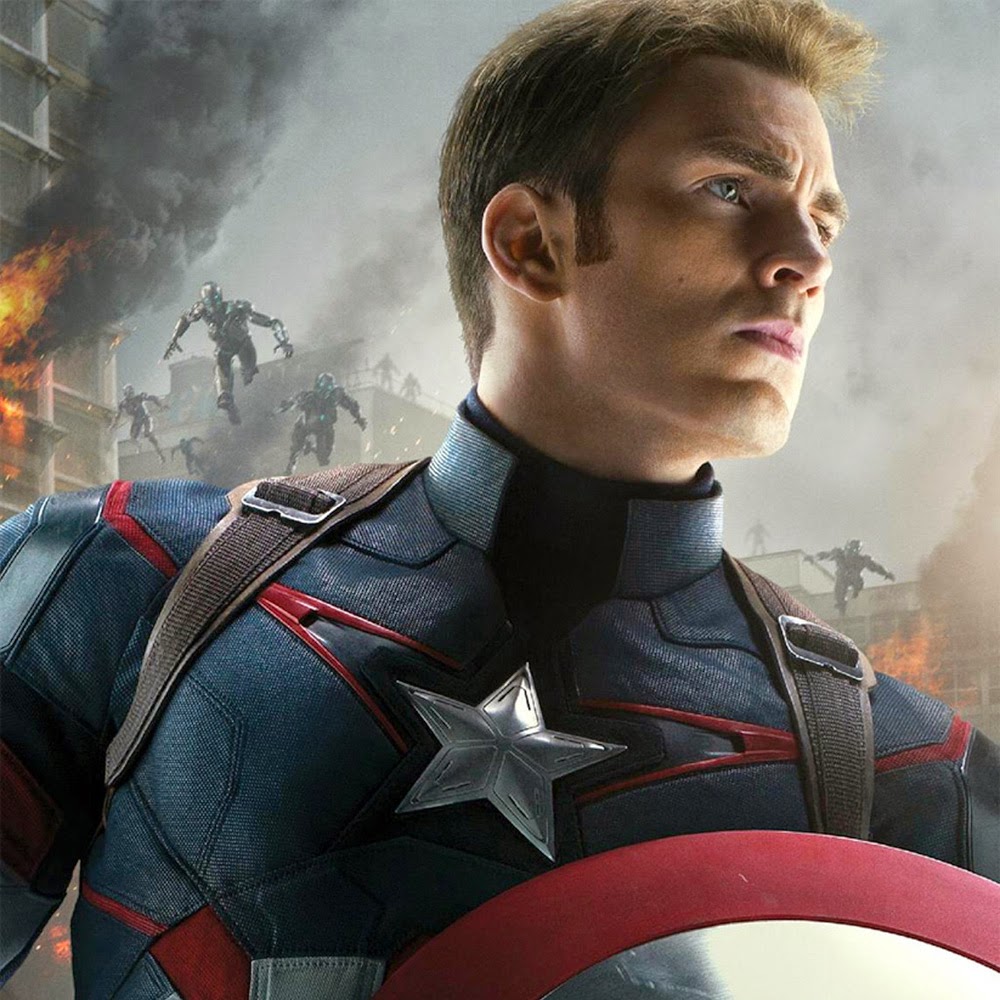 As far as Captain America’s role in the new world order, Evans says, “Cap is certainly giving the orders, but it’s not the sort of hierarchy where he gives commands and people have to do it. It’s truly in the sense that when battle breaks out and they need structure, Cap has no problem organizing a team approach. In terms of how they behave when they’re not fighting a foe, there’s still is a loose chain of command; no one is technically in charge but Cap certainly does lean towards the side of structure; on the battlefield is where he feels most comfortable.”

Captain America and The Avengers take on the mega-villain Ultron in Marvel’s “Avengers: Age of Ultron” and, at first, Evans wasn’t sure what to expect. “Ultron is written as a very smug and sarcastic character with a personality,” offers Evans. “It’s not just a mindless robot. It has attitude and I had a hard time understanding how this character was going to be portrayed when I first read the script. I knew Spader was playing it, but I really had no idea in what direction he was going to go. The first day where he gives his speech at the party, all of us were eager to be the audience. Being a spectator and watching him perform was exciting because it was good and intimidating and it colored in all the blanks right away.”

In each subsequent film, Captain America’s fighting style is enhanced. “We just keep trying to advance his fighting style. You have to assume that the guy, as a soldier and as a military mind, is going to constantly be trying to better himself, so he’s has to be adopting new fight tactics, approaches and disciplines,” says Evans about his character. “In `The Winter Soldier’ they set the bar pretty high. Cap was involved in very fluid, acrobatic, sequences, taking down jets single-handedly, so we didn’t want to take a step back. It was trying to continue in the evolution of a constant, fluid and acrobatic style of fighting.”

Working again with The Avengers team of actors was a highlight for Evans, who says, “It’s like summer camp with all these people that we’ve worked with for four, five years or so on the first ‘Avengers.’ You’re getting to know one another, and you create wonderful bonds during the filming and the press. It really does feel like a family. It really does feel like a great, tight unit. It doesn’t feel like work at all.” 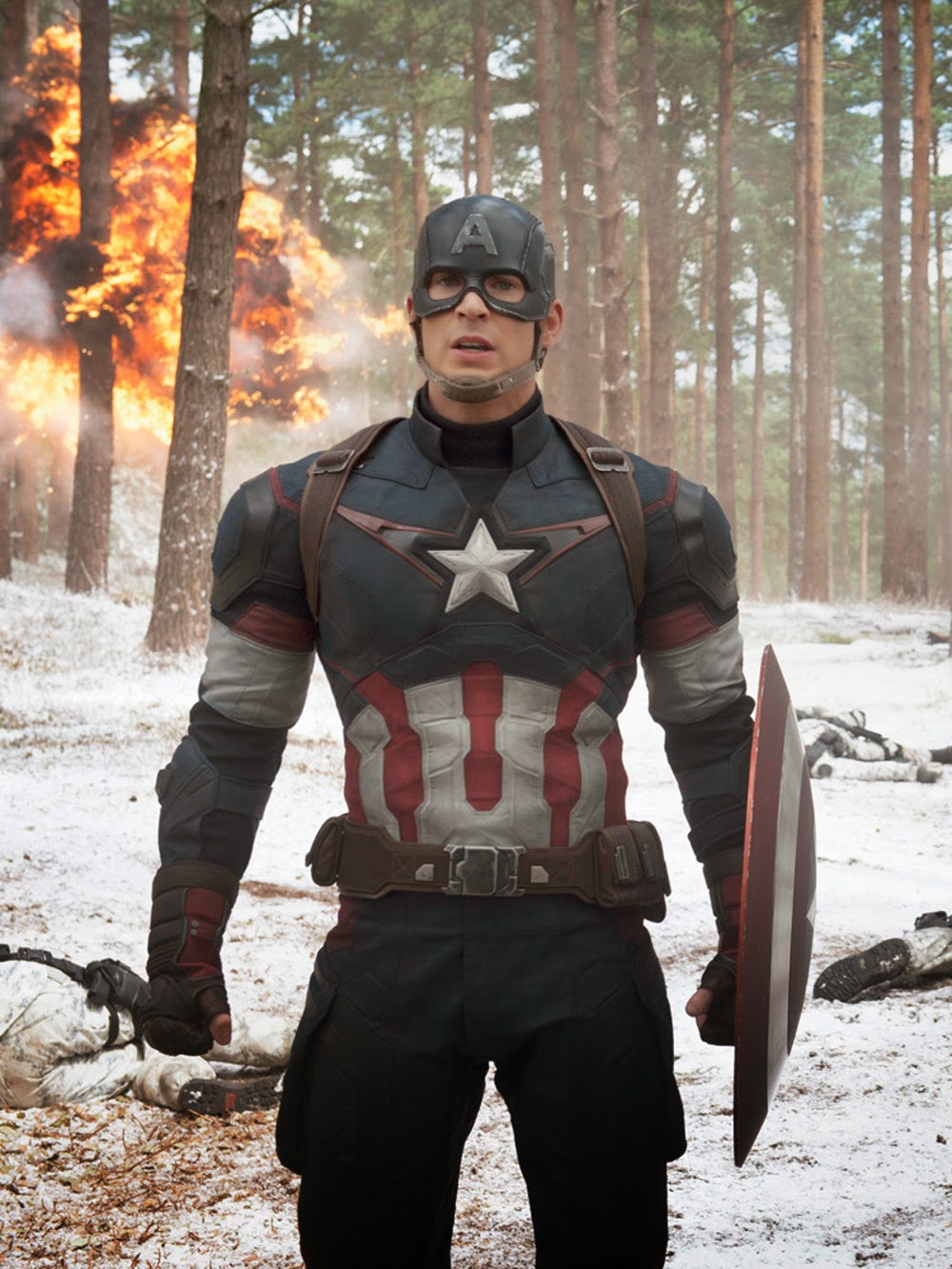 Reuniting with writer/director Joss Whedon led to another positive acting experience for Evans. Recounting the on-set relationship Whedon has with his actors, Evans says, “Joss is not just our director, he’s our writer, so that level of involvement that he has with these characters and this material is incredibly beneficial. If you’re struggling with a scene, or with a line, he’s not only phenomenal with coming up with things on the spot but he is also very witty and has wonderful banter and repartee, so he can always make adjustments. But he’s a comic book fan, so one of the main demographics he is trying to please are the fan-boys and since he is one, it’s a very safe exchange knowing that anything he suggests will be met with approval.”

Evan admits that playing Captain America has definite rewards. “One of the perks of this job is seeing a little kid’s face light up,” says the actor. “Playing a role in their childhood is pretty awesome because I know I had certain movies that I grew up with that I loved, so if you get to be a part of that in someone else’s memory, that’s a treat.”

Summing up Marvel’s “Avengers” Age of Ultron” in one word, Evans definitively states, “Impressive.” And that says it all.