On 28 February 1995, a small, unassuming column by then-unknown author Helen Fielding appeared in the British newspaper The Independent. It was written from the point of view of a single young woman by the name of Bridget Jones (age: 32, weight: nine stone, three pounds) who lived and worked in London. The columns quickly gained popularity, and as Bridget became a household name, in rolled offers for her creator. Within 10 years of Fielding’s first words on her appearing, Bridget Jones had found herself in two international best-selling books and two global box-office hits.

Now, Oscar® winners Renée Zellweger and Colin Firth are joined by Patrick Dempsey for the next chapter of the world’s favorite singleton in Universal Pictures’ romantic comedy “Bridget Jones’s Baby.”

After breaking up with Mark Darcy (Firth), Bridget Jones’s (Zellweger) “happily ever after” hasn’t quite gone according to plan. Fortysomething and single again, she decides to focus on her job as top news producer and surround herself with old friends and new. For once, Bridget has everything completely under control. What could possibly go wrong?

Then her love life takes a turn and Bridget meets a dashing American named Jack (Dempsey), the suitor who is everything Mr. Darcy is not. In an unlikely twist she finds herself pregnant, but with one hitch…she can only be fifty percent sure of the identity of her baby’s father. 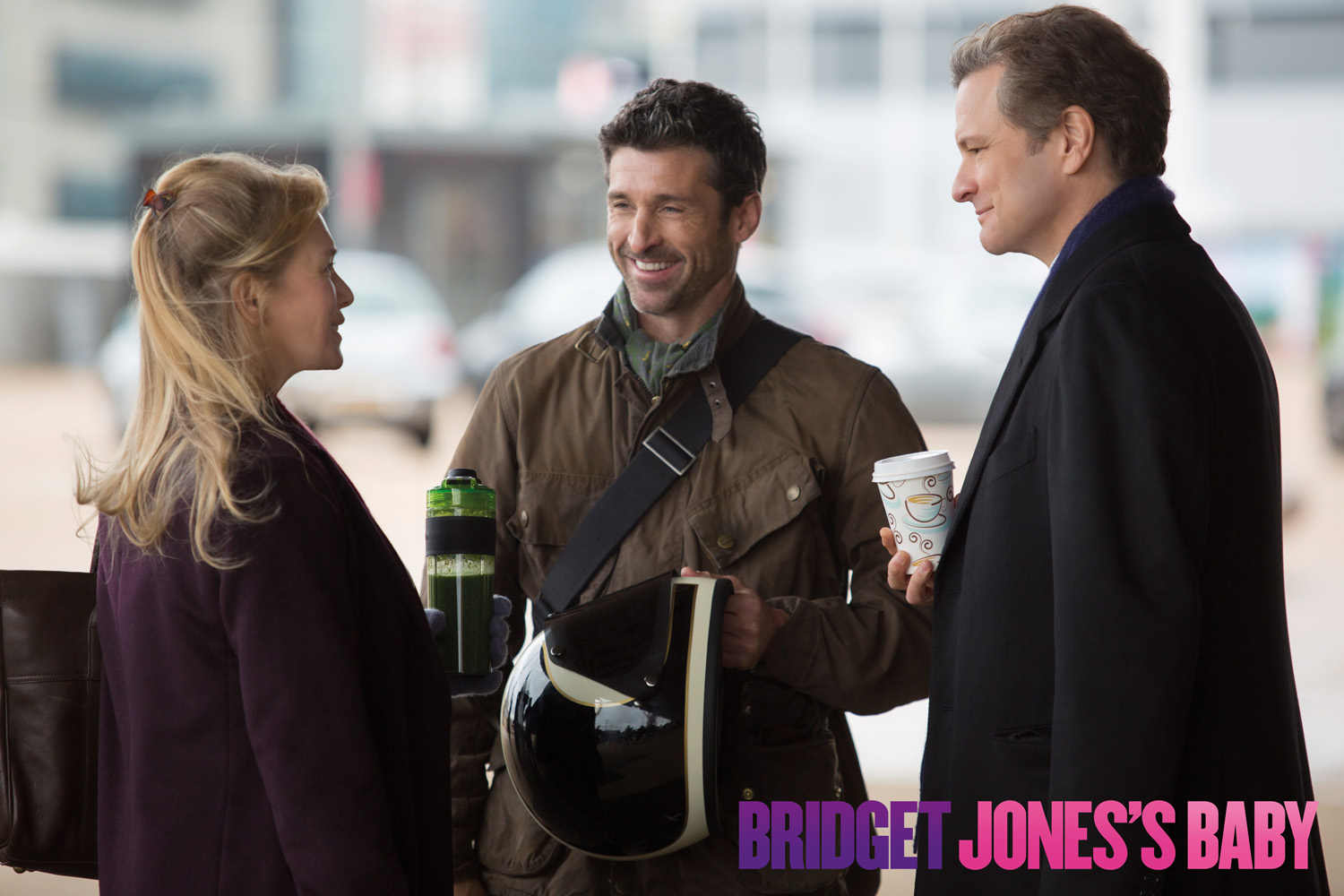 Fielding never set out to create a role model, and yet in our heroine she crafted someone who had been overlooked by popular culture. This was a woman who, in spite of her independence, was not afraid to reveal her flaws and insecurities.

Save the author, no one knows Jones better than the performer who’s embodied her all these years. “Bridget is eternally optimistic, self-effacing and finds humour whenever facing adversity,” reflects Renée Zellweger. “Tenacious and determined, she will not be defeated. She’s perfectly imperfect, and that’s what people relate to in her.”

At the heart of our protagonist’s quandary is her fear of ending up alone; that translates into independence at a cost. “One of the reasons the first film worked was not just because of the comedy but because people identified with Bridget’s fear of loneliness,” says Sharon Maguire, who bookends the trilogy with her directorial work on this chapter. “It’s a universal fear, and one that’s still a prominent theme in the character’s journey. This is an integral point of access for the audience to empathise with Bridget. The universal undercurrent is that everyone is afraid of being lonely.”
When Bridget was imagined, singletons around the globe realised they were not alone with conflicting aspirations and insecurities. Calorie obsessing, the rules of makeup and shaving, conflicts of the heart and mind, nothing was hidden. “I’m having a Bridget moment” became part of the vernacular, along with “F**kwittage” and “wanton sex goddess.” Bridget optimised a new breed of woman. 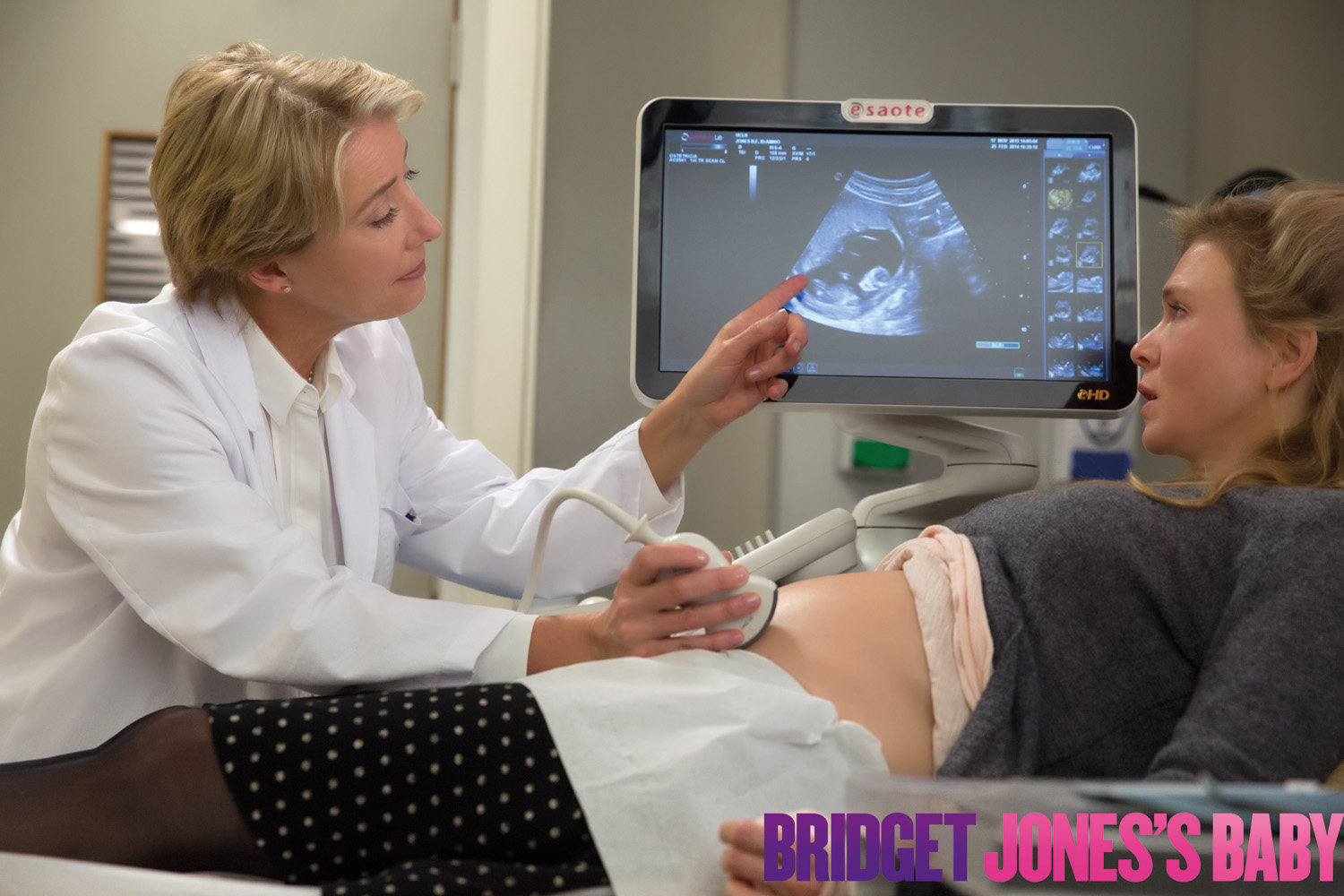 When audiences first met Bridget she was 32 years old, and in “Edge of Reason,” she was 34. In “Bridget Jones’s Baby,” she celebrates her 43rd birthday. Despite her success, in the new story, Bridget maintains that wonderful awkwardness that has made her so appealing. “Everybody’s hoped for something and been disappointed. The way that Bridget manages to persevere—despite circumstances that might bring her down—inspires people,” says Zellweger. “She’s suffering the same things we all do and, especially in her private moments, you’re able to connect to her.”

Opening across the Philippines on September 14, “Bridget Jones’ Baby” is distributed by United International Pictures through Columbia Pictures.

“The Dark Tower” Tops US Box-Office