Filmmakers from Walt Disney and Pixar Animation Studios introduced D23 EXPO 2015 fans to an array of new stories and characters—from a lost dinosaur to a master wayfinder, a scheming fox to a forgetful fish. The audience of 7,500 was treated to sneak peeks, musical performances and appearances from stars like Ellen DeGeneres, Kristen Anderson-Lopez and Robert Lopez, Ginnifer Goodwin, Dwayne Johnson, Randy Newman and Ty Burrell, among others.

John Lasseter, chief creative officer of Walt Disney and Pixar Animation Studios, led the presentations, calling on a host of filmmakers from both studios to introduce the upcoming slate of films. “We really have an unbelievable range of movies in production at our studios right now,” said Lasseter. “The stories are dynamic, fresh and so much fun; the characters new and old are so appealing. I’m excited to share some of our long-held secrets for the first time at the D23 EXPO.”
Following are the films presented on behalf of both studios.

THE GOOD DINOSAUR. Anticipation for Disney·Pixar’s “The Good Dinosaur” was amplified when director Peter Sohn and producer Denise Ream shared breathtaking sequences with fans, including never-before-seen footage of a trio of T-Rexes in action.

In theaters on Nov. 25, 2015, the film introduces audiences to Arlo, a sheltered Apatosaurus who finds himself far from home, and Spot, Arlo’s unlikely human friend. “Arlo and Spot journey through a world that has been greatly inspired by the American Northwest,” said Sohn. “It is epic in scope, soul-enriching and simultaneously beautiful and treacherous. In this world, we meet up with a very special family of T-Rexes, who help Arlo find a way through his personal fears and ultimately teach Arlo what he’s truly made of.” 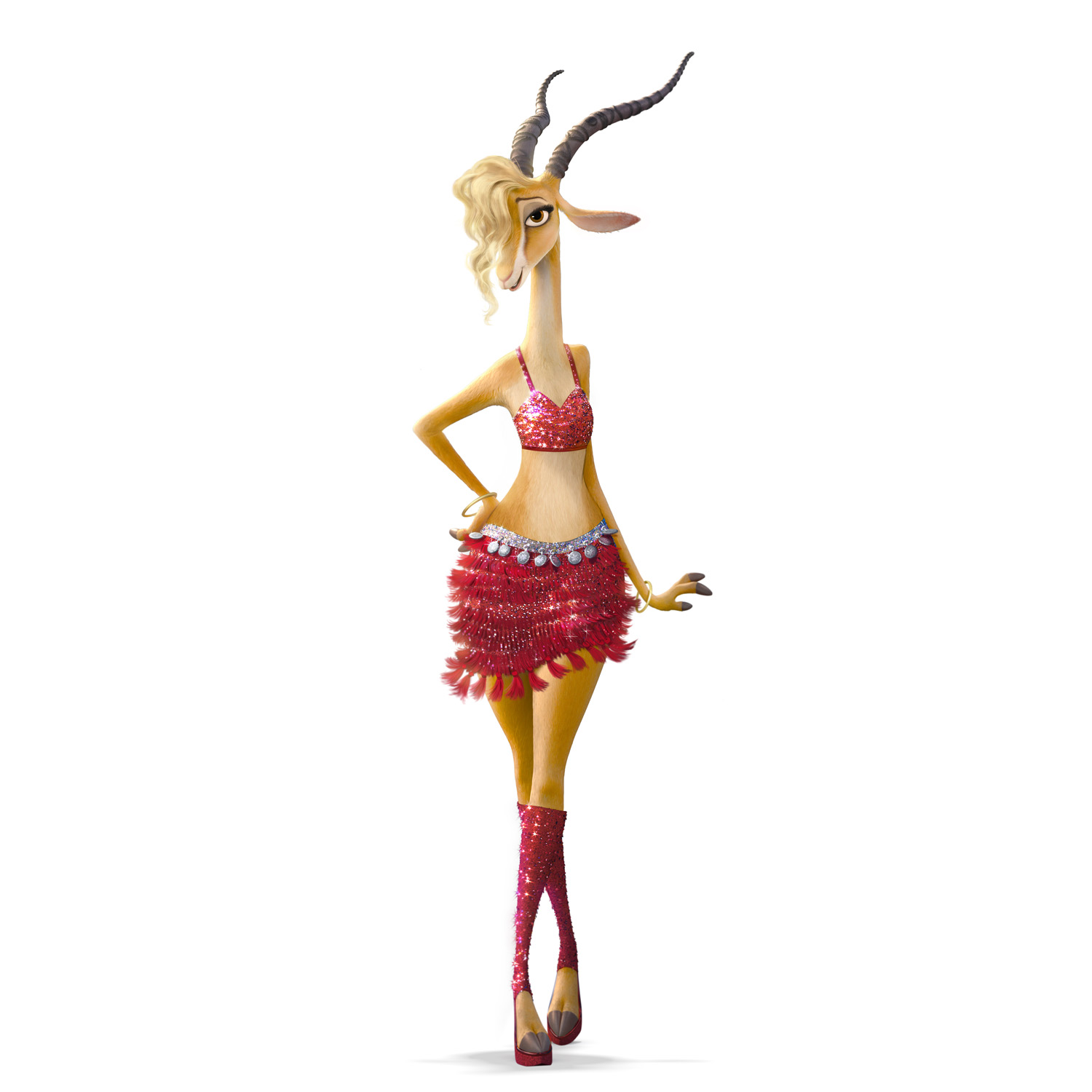 ZOOTOPIA. International superstar Shakira is lending her Grammy®-winning voice to Gazelle, the biggest pop star in “Zootopia,” D23 EXPO fans learned via a taped message from Shakira. Ginnifer Goodwin (ABC’s “Once Upon a Time,” “Something Borrowed,” “Walk the Line”), the voice of the film’s rookie rabbit officer Judy Hopps, saluted fans alongside directors Byron Howard (“Tangled”) and Rich Moore (“Wreck-It Ralph”), and producer Clark Spencer (“Wreck-It Ralph”). Hilarious new scenes from the film were unveiled, plus a tease of the all-new original song, “Try Everything,” written by singer-songwriter Sia and songwriting duo Stargate, and performed by Shakira.

Said Howard, “For the role of Gazelle, Zootopia’s most beloved superstar, there was only one person on our wish list: Shakira. Luckily for us, she said yes. Her immense talent and charm bring Gazelle and her song, ‘Try Everything,’ to life.” Walt Disney Animation Studios’ “Zootopia” opens nationwide March 4, 2016. 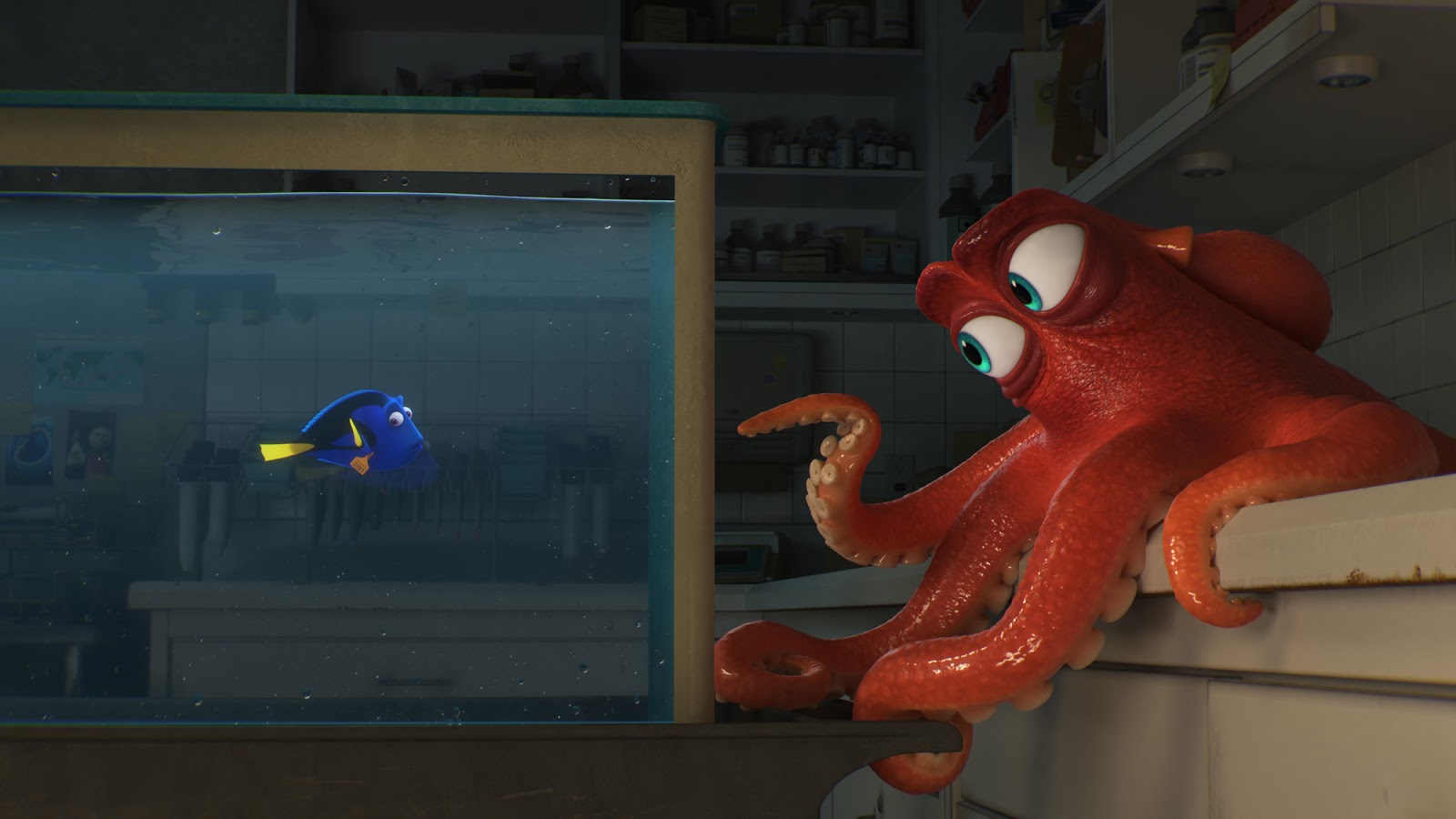 FINDING DORY. Ellen DeGeneres (“The Ellen DeGeneres Show”), the voice of everyone’s favorite forgetful blue tang, took a dip with D23 EXPO attendees, celebrating Disney·Pixar’s upcoming film “Finding Dory.” Joining DeGeneres on stage this afternoon were Ed O’Neill (“Modern Family”), who lends his voice to Hank, a cantankerous octopus; Ty Burrell (“Modern Family”), the voice of Bailey, a misguided beluga whale; and Kaitlin Olson (“Always Sunny in Philadelphia”), who voices Destiny, a kind-hearted whale shark. Oscar®-winning director Andrew Stanton (“Finding Nemo,” “WALL•E”), co-director Angus MacLane and producer Lindsey Collins (co-producer “WALL•E”) offered details about the all-new story, which reunites Dory with friends Nemo and Marlin on a search for answers about her past. What can she remember? Who are her parents? And where did she learn to speak Whale?

Said Stanton, “In ‘Finding Dory,’ we can expect to address the one emotionally open-ended issue that remained from the first movie: Where is Dory’s family, and will this overly-optimistic fish with short-term memory loss ever be able to find them again? Her issue has also given us the opportunity to travel to very different locations, on land and sea, and meet a variety of new sea creatures that expand the world of Nemo, Marlin and Dory.” 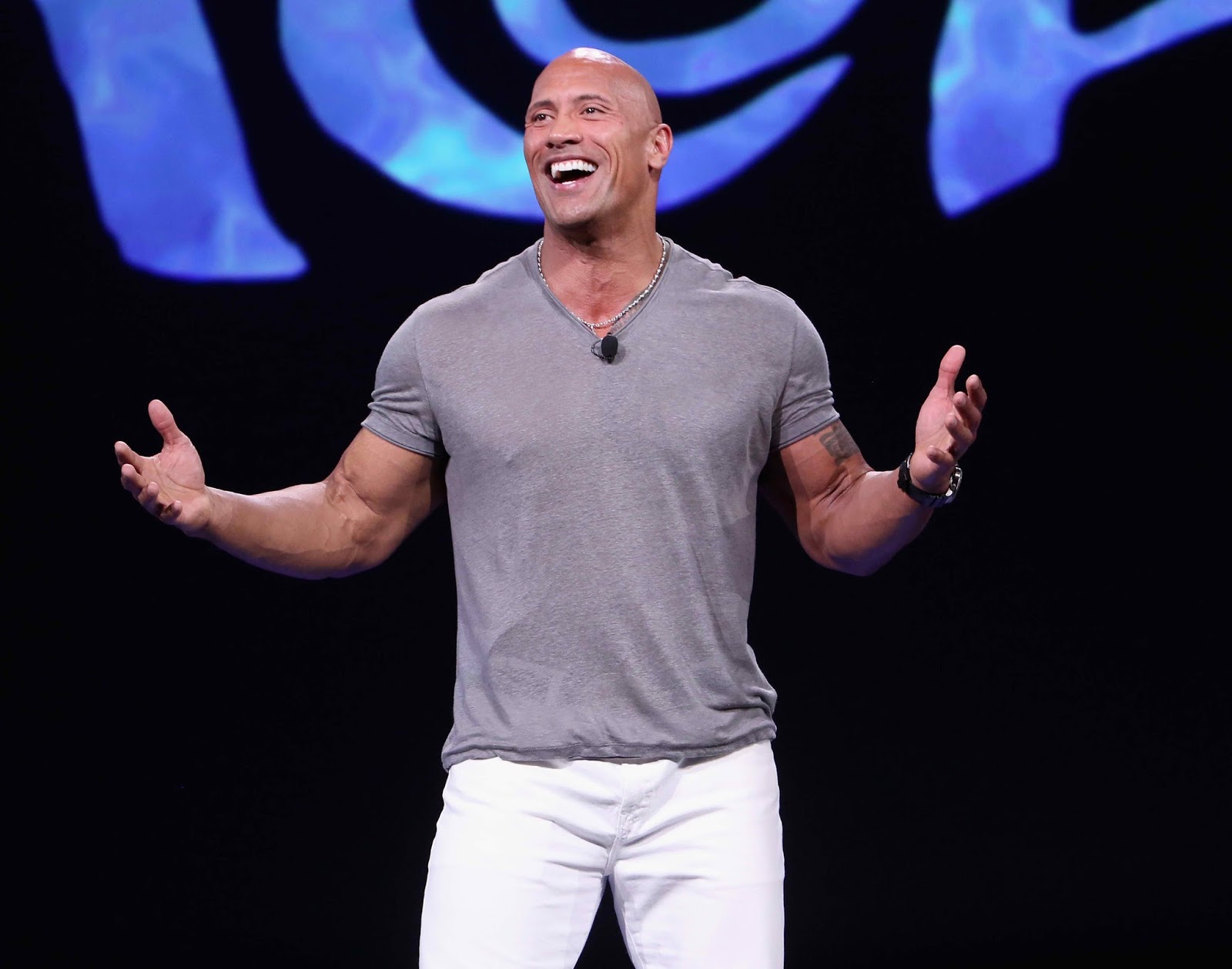 “Our research took us deep into the South Pacific,” said Clements. “The wonderful people we met there, their rich history and traditions, and their fantastic music changed us forever.”
“We can’t wait to bring those experiences to ‘Moana,’” added Musker. “We are incredibly lucky to be able to work with three amazing artists who are the absolute best at what they do. The sounds they create will be something we’ve never heard before—but it’ll feel like it’s been part of this world forever.”

Foa’i and his band Te Vaka capped the presentation with a show-stopping performance illustrating the magic of the movie’s music. “Moana” sails into U.S. theaters on Nov. 23, 2016. 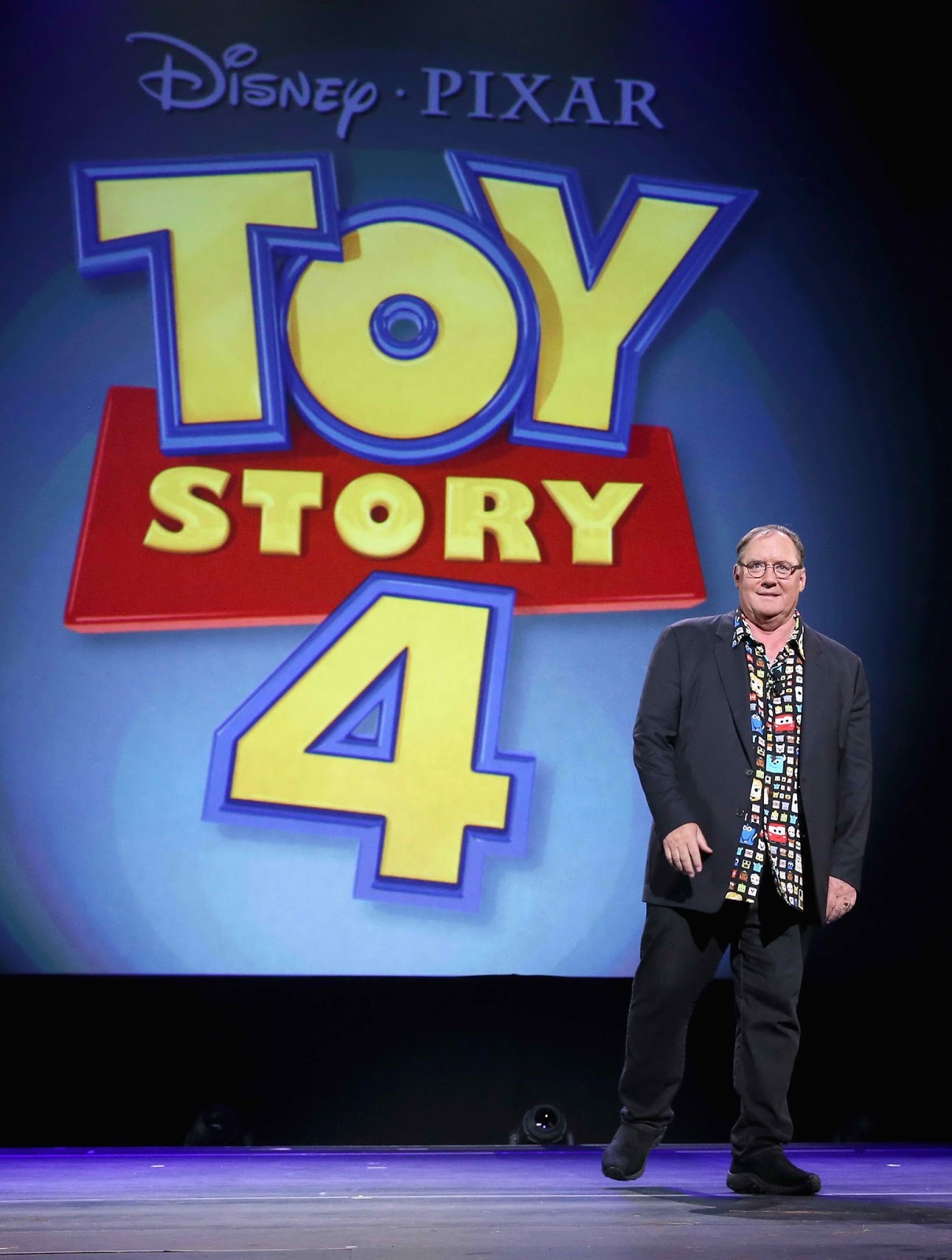 TOY STORY 4. Pixar Animation Studios marks the 20th Anniversary of “Toy Story” this year. Said Lasseter, “All the characters from ‘Toy Story’—especially Woody and Buzz—are so close to us. They seem more like family members than just creations. Not only do we dearly love the characters, but we also love the world of ‘Toy Story’—the world where toys come to life when people are not in the room has always been rich with many story possibilities.”

Also joining in the celebration were “Toy Story 4” co-director Josh Cooley (“Cars 2,” “Ratatouille”) and producer Galyn Susman (“Toy Story OF TERROR!”). Screenwriters Rashida Jones and Will McCormack (“Celeste & Jesse Forever”) joined Buzz, Woody and Bo Peep for the celebration. “I’m very proud of our films,” said Lasseter. “When we made the first three ‘Toy Story’ films, we didn’t realize what we had done was to change the genre of each of the films’ story. For ‘Toy Story 4,’ we are doing a type of story we have not done before: a love story. It’s a story about a relationship between Woody and Bo Peep.”

“Toy Story 4,” which will be directed by Lasseter and produced by Susman, is slated for release on June 16, 2017. 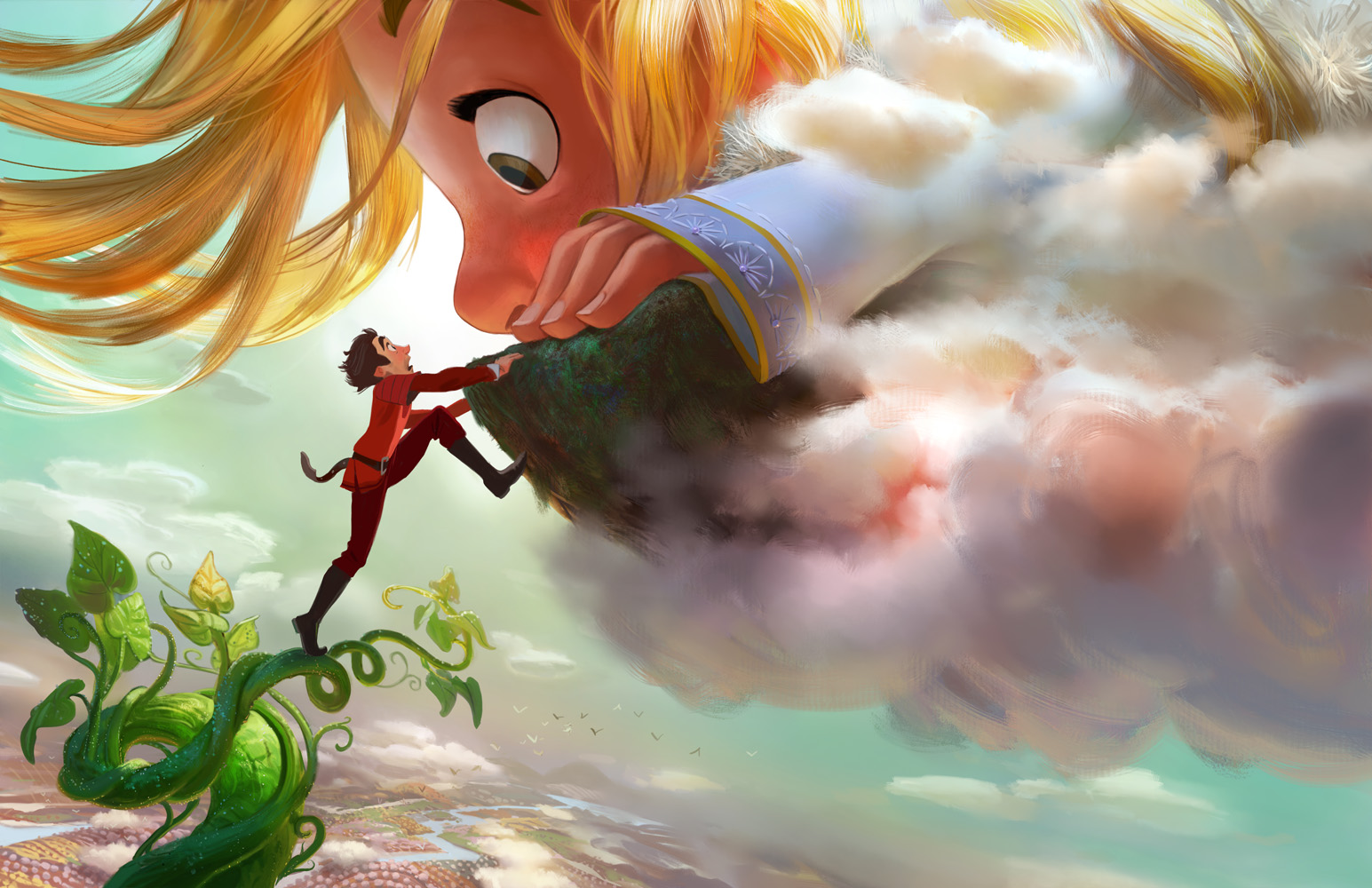 “I always wanted to be part of the Disney legacy,” said Greno. “I loved those classic stories brought to life—‘Snow White’ or ‘Cinderella’—in a way that made those films the definitive version for generations. I want to carry on that tradition by bringing ‘Jack and the Beanstalk’ to modern audiences. We’re taking parts of the story we all remember and adding twists and turns, emotion and humor.”

Set in Spain during the Age of Exploration, Disney’s “Gigantic” follows adventure-seeker Jack as he discovers a world of giants hidden within the clouds. He hatches a grand plan with Inma, a 60-foot-tall, 11-year-old girl, and agrees to help her find her way home. But he doesn’t account for her super-sized personality—and who knew giants were so down to earth? “Gigantic” hits theaters in 2018. 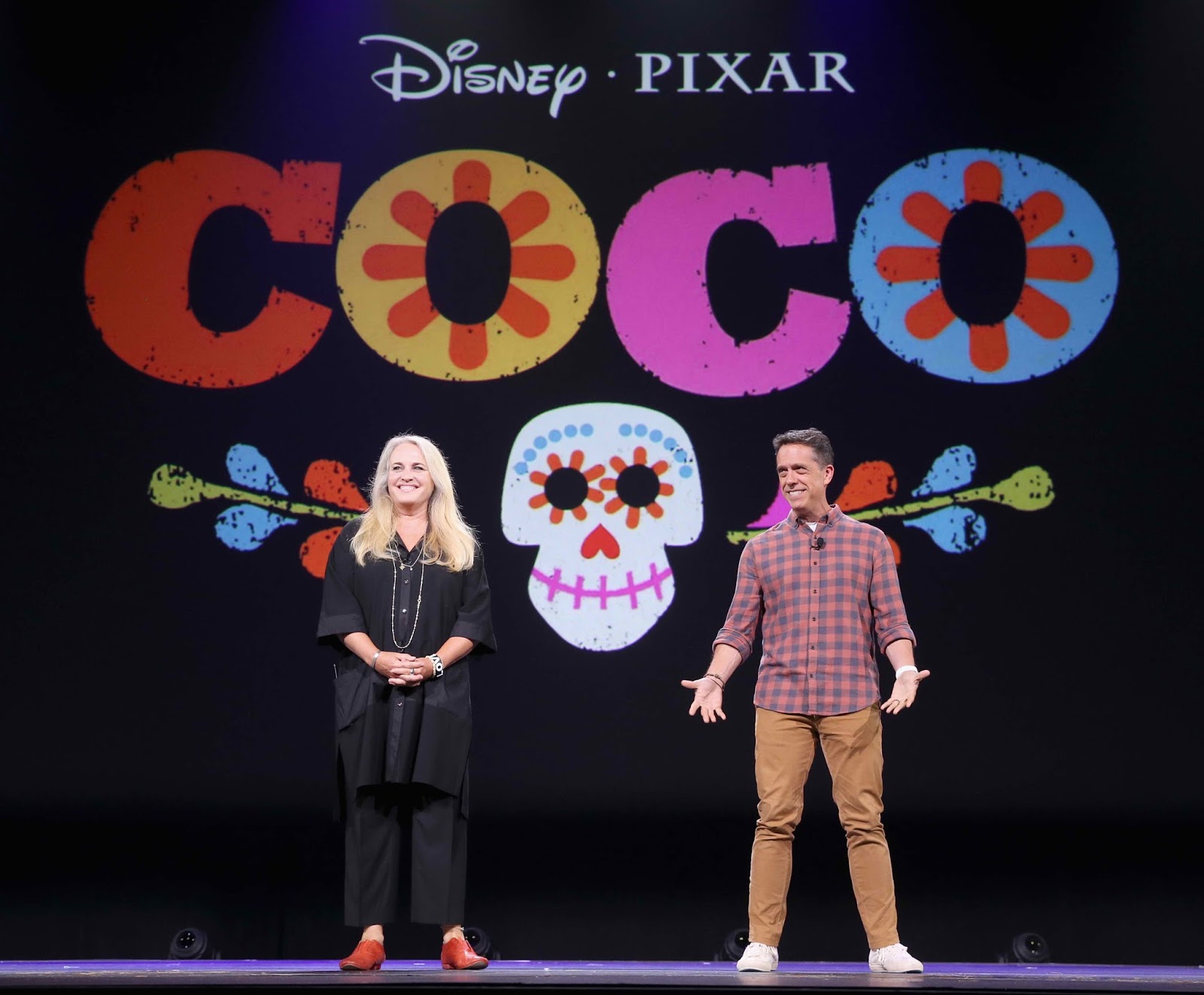 COCO. Director Lee Unkrich (“Toy Story 3”) and producer Darla K. Anderson (“Toy Story 3”) revealed the title of their upcoming film: Disney·Pixar’s “Coco” is the celebration of a lifetime, where the discovery of a generations-old mystery leads to a most extraordinary and surprising family reunion.

“As artists and filmmakers, we couldn’t help but be drawn to the striking visuals of Dia de los Muertos,” said Unkrich and Anderson. “But it was the celebration’s core themes of family, remembrance and connection across generations that resonated within and truly inspired us. Dia de los Muertos is as singular as the Mexican culture, while at the same time completely universal in its message.

“In our story,” they continued, “the celebration of Dia de los Muertos serves as the perfect backdrop for our main character to ask where he comes from, what his place is within his family, and how families stay woven together across time through the simple act of remembrance.”