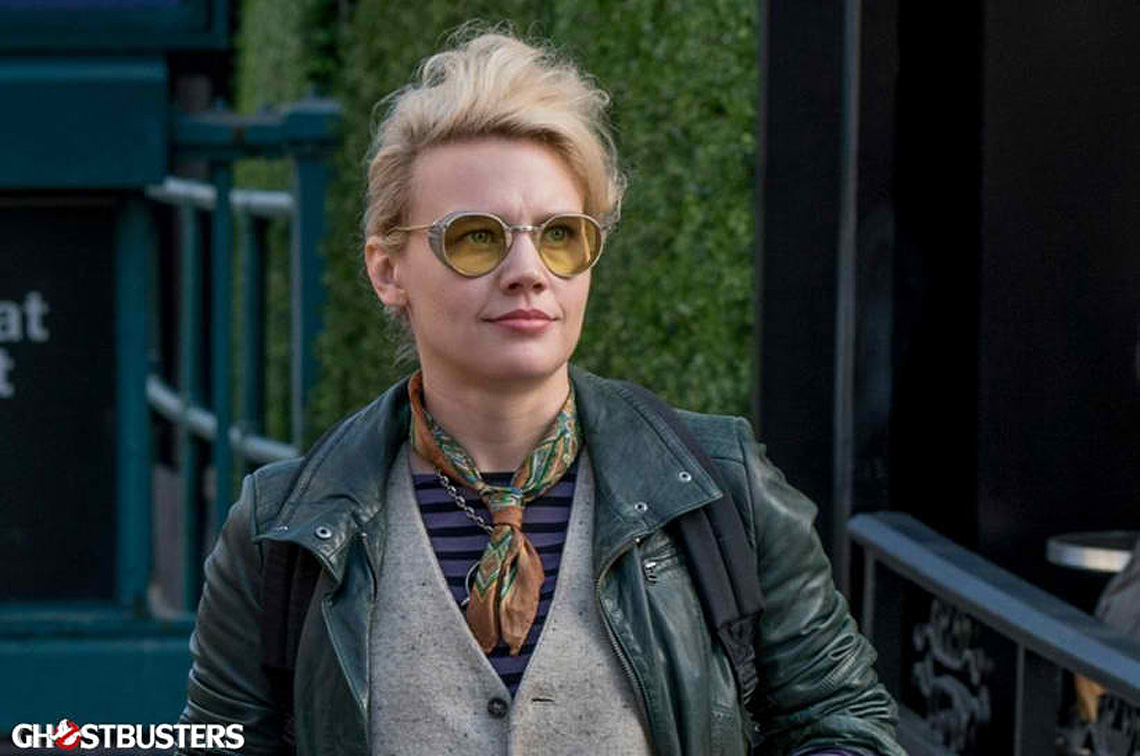 Holtzmann has always been an oddball. She thinks outside the box, doesn’t follow social norms, and she likes putting things together, inventing things. She doesn’t judge others but she gets a thrill out of pushing the buttons of uptight people, especially Erin (Kristen Wiig).

“I loved the idea of playing a scientist,” McKinnon says. “I like playing a woman character that doesn’t revolve around a romance, which is rare in a movie. I’m so glad to have been given that opportunity.”

Producer Ivan Reitman states, “I saw the extraordinary sketches in which Kate McKinnon plays Justin Bieber, and captures his essence in a totally original hilarious way. For `Ghostbusters,’ she brings a unique, quirky, comedic energy to her role that is perfect! Kate is a comedic force to be reckoned with.”

“Holtzmann is a genius,” McKinnon describes. “Holtzmann is the tech geek in all of this, which is usually the geekiest geek. She is in charge of perfecting the machinery that allows them to accomplish this mission. She is an essential creature. She’s bizarre. She is freakish. She’s full of joy. She is me. Yes, this is the closest character to my actual self that I’ve ever played, if that tells you anything. “

“Kate was actually the first person I cast in my head,” says Feig. “We had this part of Holtzmann – a really nutty, weirdo part, and if you know Kate, she’s lovely but she’s a nutty weirdo in the most wonderful way. We start casting by asking, ‘Who could shine in this role?’ Kate’s been shining on ‘SNL’ but not in a film yet. There’s something about her that’s so charismatic – she’s a movie star. It seemed like the part could be a great showcase for her, so it was a really easy decision.”

“Holtzmann is the hard scientist, she’s the nuts and bolts person,” Feig explains. “I don’t even know if Holtzmann has a passion for ghosts, but she has a passion for figuring out how to scientifically interact with ghosts, how to capture them, and how to use her skill to interact with them. She’s the hardware nut, and once she starts perfecting her hardware – her proton packs and her synchrotrons and all that – she really starts to go crazy. I’m a big hardware geek, so it was really fun to invent so much cool new weaponry and to have Kate’s character do it.”